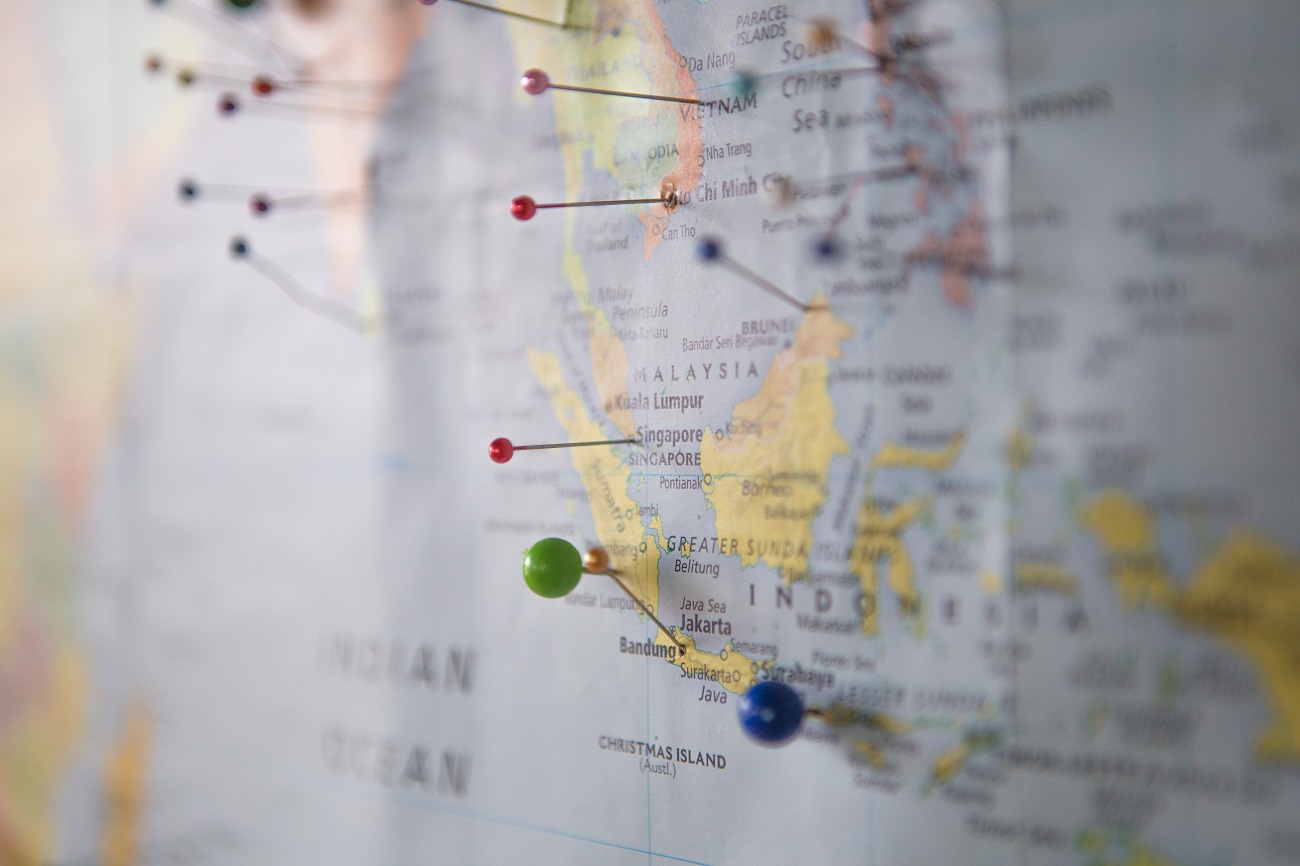 At press time, Bitcoin seems to have lost volatility as the price has been moving sideways for a while. Volatility collapsed from 10% on April 10 to 5.93% as of April 11. With the price in the $6,600-$7,400 range for almost a month now, there might be a break from the sideways movement. Especially with rising dominance of Bitcoin, which has surged from 62% to 65% at press time.

However, the main reason why there would be a respite from the sideways movement is due to the rising wedge pattern that has been in formation since the fateful day of March 13. 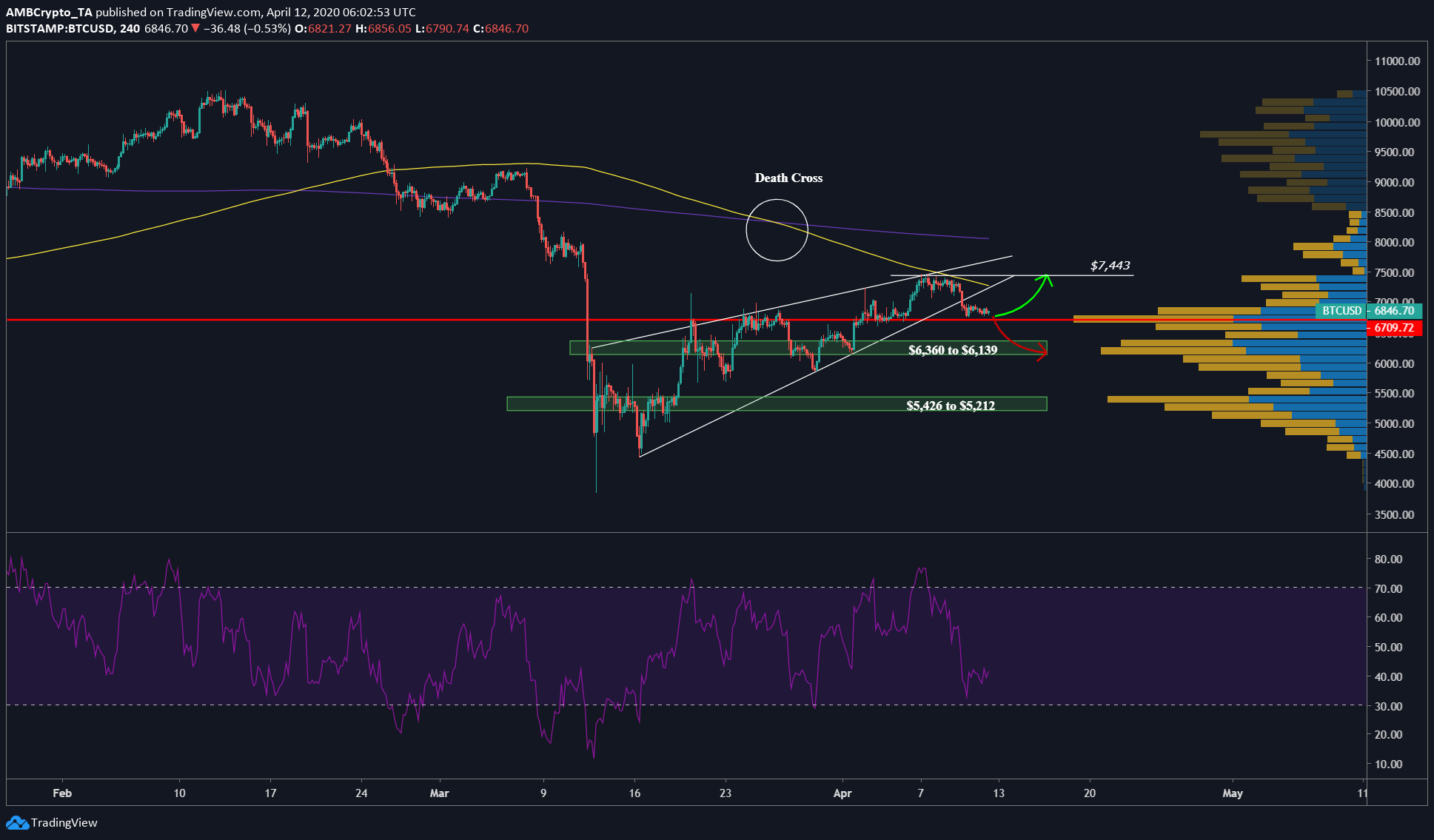 It is clear that the price has broken out of the rising wedge on April 10, when the price pushed down from $7,300 to $6,800. Usually, for a pattern of this size, the breakout tends to be violent. However, for now, that seems to be at bay as the price found a strong support at PoC [Point of Control] from the VPVR indicator. This support takes into consideration the entire trading activity from February 2020 to-date, based on this, the support is at $6,709.

Hence, it is safe to assume that if the sellers push the price below this point, it would put things in order, at least from the “rising wedge bearish breakout” perspective. When the PoC gives in to the sellers, the price will head into a zone of support ranging from $6,360 to $6,139. This would mean a drop of 7% to 10% from the current price.

Depending on how bearish the scenario is, the price might even dig deeper into another zone of support ranging from $5,426 to $5,212. Both the support ranges mentioned above are courtesy of the VPVPR indicator.

In a not-so-unlikely-scenario, the price might not break the PoC as expected, the buyers might rescue the price and might cause it to push higher. This could also be a plausible scenario since the RSI is almost near the oversold zone and might bounce from here instead of heading deeper into the zone. In that case, the bounce from the PoC will take the price to $7,443 or 9.17% surge.

Bitcoin’s destinations include a 9.17% surge or a dip of 7-10% from the PoC [$6,709] and all this hangs in the balance as bears and bulls hash it out. However, decrease volatility and RSI might have just calmed the sellers, but for how long?

How tempting are blockchain and cryptocurrency for the online dating industry?