Binance, although close to a monopoly in the cryptocurrency market, will not achieve it; the reason for this is the ever-changing landscape and new entrants with amazing products. However, even with these new entrants gaining traction, Binance hasn’t lost its foothold in the space. It is one of the world’s largest cryptocurrency exchanges today. With its 10th BNB burn complete, Binance has burnt $38.8 million worth of BNB, reducing its market cap forever.

Binance announced its 10th successful quarterly burn in a blog today, and with it, a total of 2.216 million BNB tokens worth $38.8 million were burnt from October to December 2019. Binance has been burning BNB for over 10 quarters now [3+ years]; the goal of this would be to achieve a total circulating supply of 100 million from its initial supply of 200 million. 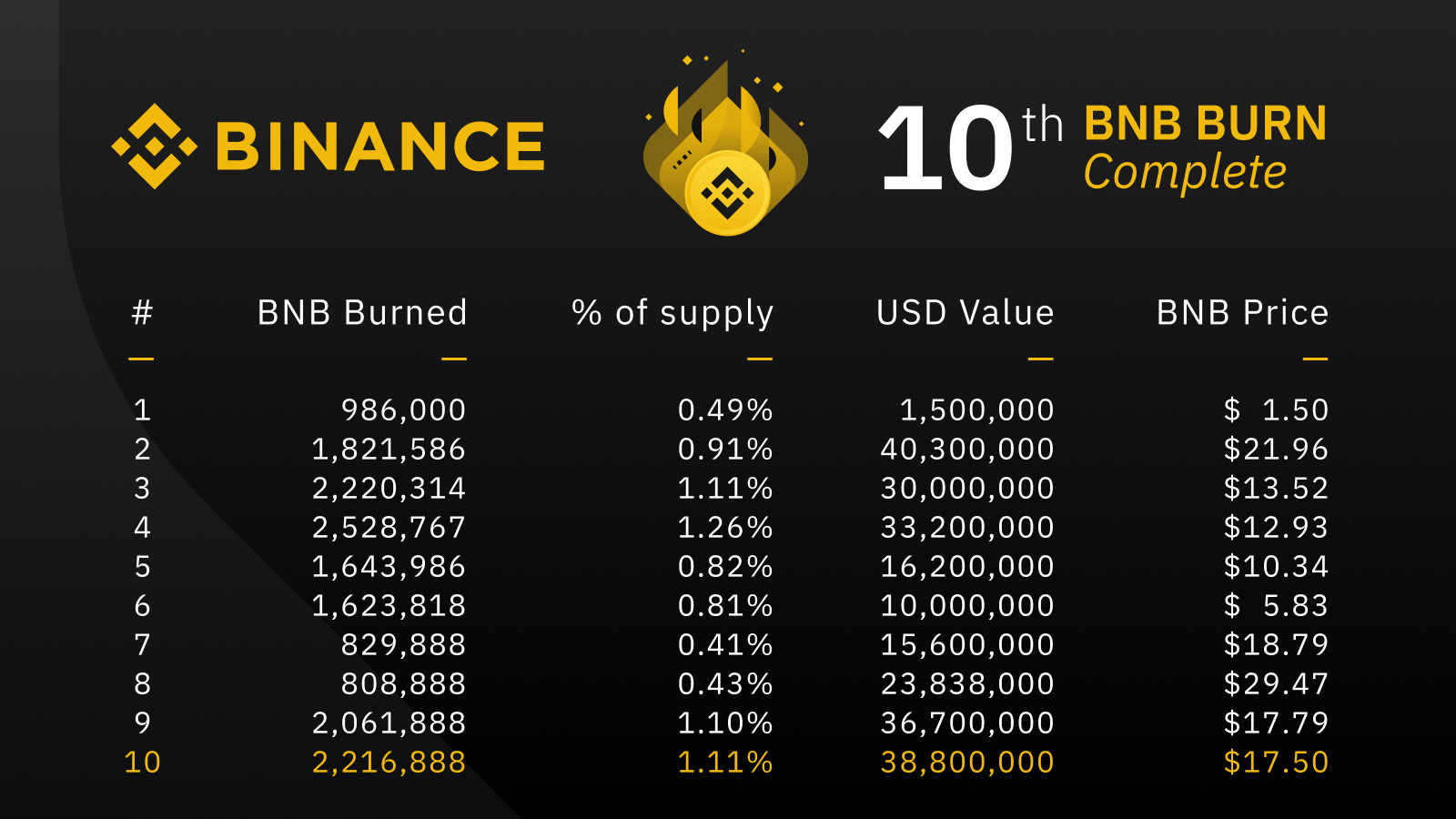 Burning tokens, although not similar, can be compared to stock buybacks in the traditional world since both of these effectively increase the price of existing tokens. The reduction of the total supply constricts the ones that are in circulation while the demand remains the same; the burn mechanism induces a negative supply shock, which ultimately leads to an increase in price, something that is quite similar to stock buybacks which increase the EPS.

Binance first announced its BNB burn program 2 years ago, while it was still on the Ethereum blockchain. While burning tokens vary from exchange to exchange, the underlying mechanism remains the same. Binance’s burn depends on the trading volume that occurs in a quarter; for the 10th burn, it was October to December 2019. Similarly, the first burn took away 986,000 BNB.

Perhaps, the burn mechanism reached a wider consensus in the crypto-space due to Bitfinex’s LEO token burns/buyback. Unlike Binance, Bitfinex sought to reduce the supply of LEO tokens by buying the tokens back based on the consolidated revenues [27%] of iFinex. However, for LEO tokens, the buyback will continue until 100% of these tokens are redeemed.

At press time, however, Binance’s BNB token seemed to be under a momentary surge, same as other altcoins, after they started surging in mid-December. Now that the BNB token has halted its slide downwards following a 72% collapse from its all-time high, the 10th burn might have an effect on BNB in the next few days.