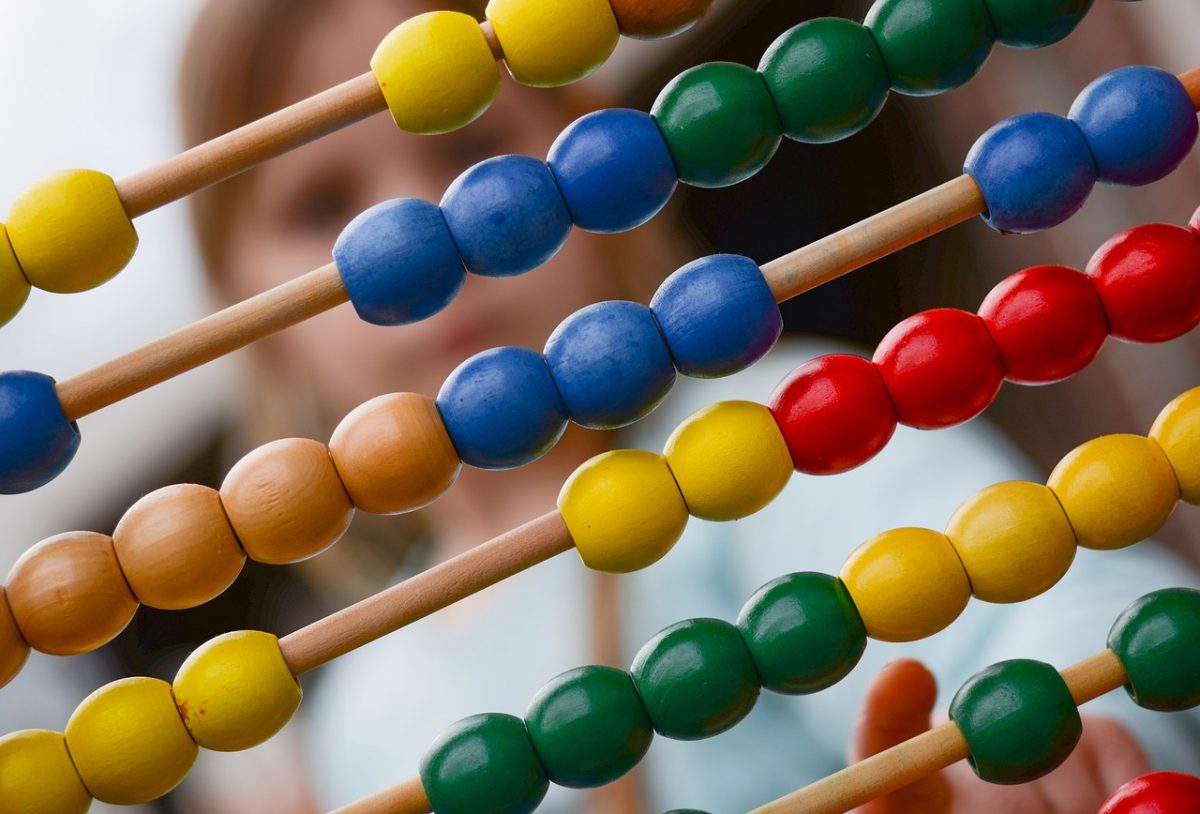 Binance Coin has registered an amazing rally over the last few months. However, by the looks of it, the aforementioned rally has reached its destination and the cryptocurrency’s price may be due for a drop soon. With 1 BNB trading at $26.95, at the time of writing, the chances of BNB heading down the charts are plenty. 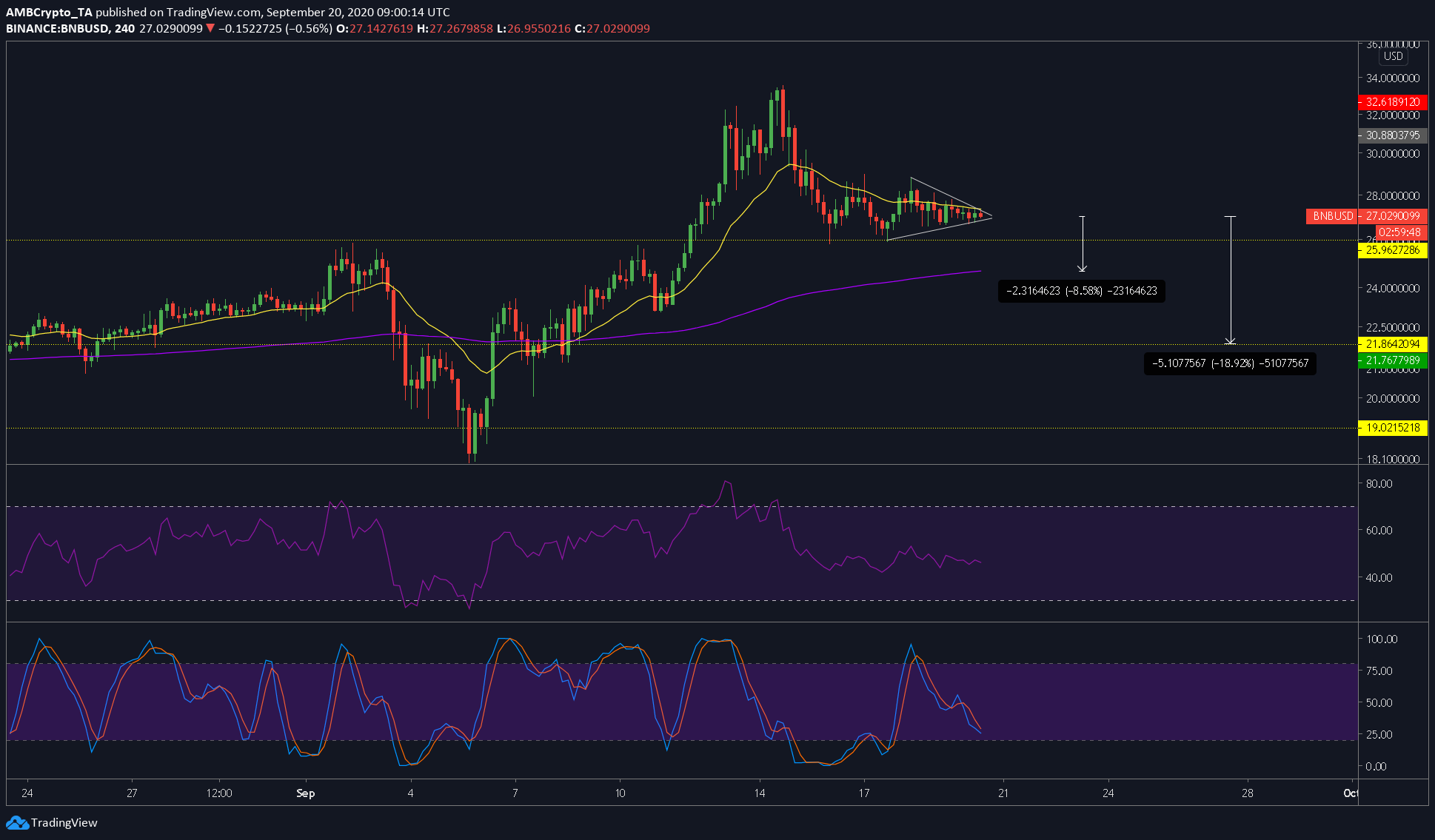 The one-hour chart for Binance Coin showed the formation of a symmetrical triangle. However, the moving averages 20 [yellow] and 200 [purple] also revealed BNB’s potential direction. BNB’s price, while it already breached the 20 EMA, has failed to conquer it. Hence, if and when the price breaks out of this symmetrical triangle, the price will head towards the 200 EMA which stood at ~$24.63.

From the press time price, this would be a depreciation of 8.58%, which is the first target for BNB should it breach the pattern with a bearish force. Depending on the momentum that accompanies the sellers, BNB’s price could head as low as $21.86, which is an 18.52% drop from the press time price action. This is also the second target for BNB in the short-to-medium-term time frame.

The RSI indicator has failed to climb above the neutral zone [50] multiple times, which is owing to the lack of buyers. This further substantiated the case for bears. Last, but not the least, the Stochastic RSI indicator was just above the oversold zone. While it was already bearish, it still had space to dip lower on the charts.

Now that the bearish case has been established, it is time to take a look at a single aspect that might hinder this short-term bearish move for BNB. The support at $25.96 is a strong one, and failing to breach this would be unlucky for the bears.

Finally, the long-term outlook for BNB is also bearish, as mentioned in a previous article. The bearish divergence, on a higher time frame such as the 2-day, is wildly bearish and is already on its way. Hence, this short-term bearish scenario fits right into the big picture.