Binance is one of the biggest exchanges in the world as it allows users to trade a myriad of cryptocurrencies with respectable volumes. Unlike others, the Binance platform remains intact during surges/crashes.

The exchange token [BNB], at press time, has suffered a drastic price drop following Bitcoin and is currently trying to recuperate. At the time of writing, 1 BNB was worth $16.70 and had a market cap of $2.6 billion, making it the 8th largest crypto on CMC. In the last 24 hours, the coin has undergone a drop of 3.3%, however, from the chart [attached below] more is yet to come.

Additionally, the drop was enforced as Bitcoin dropped yesterday from $9,700 to $9,100. The dominance of BTC caused BNB to drop down as well. BNB witnessed a 9.32% drop. However, since this drop, the coin has pumped 6% pushing the price to $16.7, where it currently stands. 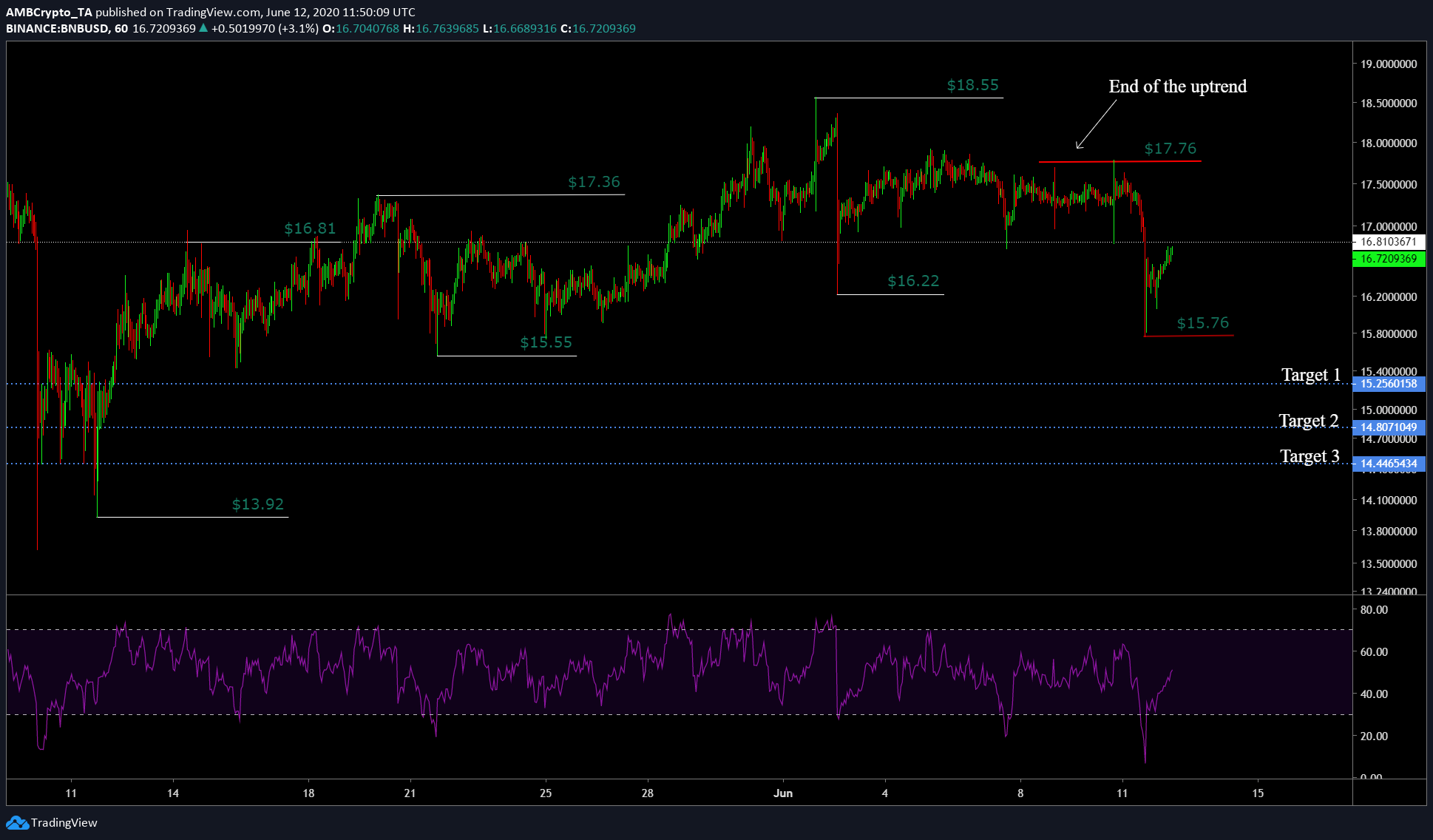 The current position of BNB is not favorable as it has to breach resistance at $16.18. Assuming BNB closes above the $16.18, it would be bullish for the coin, as there aren’t strong resistance above this point, at least, until $17.22. In case of failure to breach the said resistance, the price will dip to initial resistance levels at $16.22 and $15.22.

If the sellers push through these, then the token could achieve the following targets, $15.25, $14.80, $14.44. These targets would be an 8%-13% drop from the current price of BNB. Additionally, the RSI has also seen a massive drop and a surge, similar to the price. Since the RSI is at the neutral territory, the price could sway either way.

Factoring in the correlation of altcoins [like BNB] with Bitcoin, it would be bullish if the BTC surged. However, this seems unlikely, as Bitcoin is also hinting at a drop to $8,000.

Related Topics:binanceBNBprice prediction
Up Next

Bitcoin in the crossfire, as US-China tension heat up

A few snippets to begin your day: India may ban Bitcoin, QuadrigaCX, and more