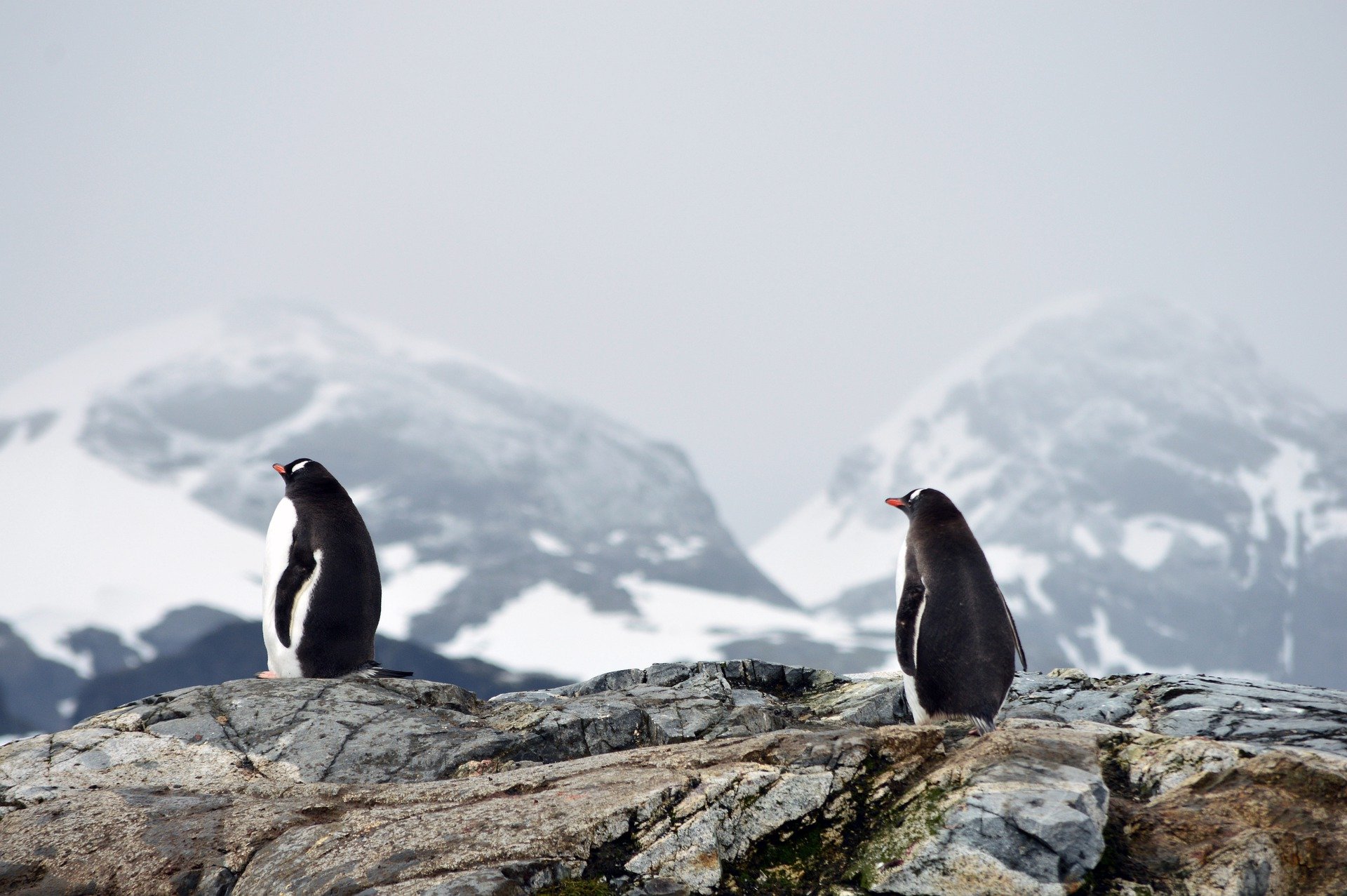 Both Monero and Binance Coin continued to improve their standings in the market, as they attempted to regain control over key resistance levels. Moving averages for Binance Coin also confirmed the presence of bullish momentum.

The Basic Attention Token (BAT) was seen consolidating near its support levels. Further with a persistent downtrend, a bearish outlook was prominent in BAT as it lost control of a crucial resistance level earlier in the month. 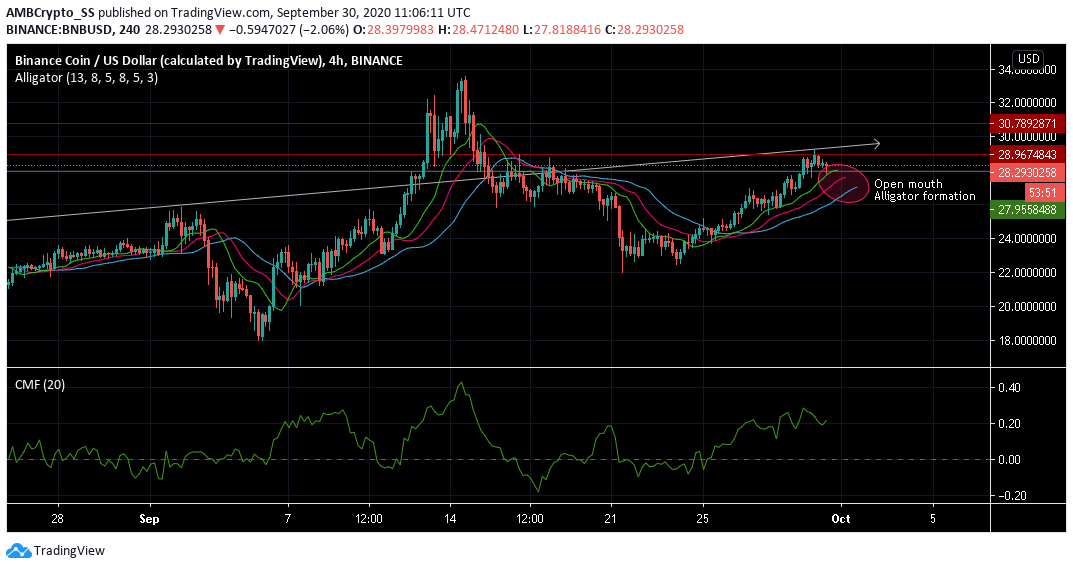 At press time, Binance coin was trading at $ 28.29, and the digital asset after more than its week- long positive rally, recorded a minor drop of 0.02 % since yesterday.

At the same time, it claimed the support level at $ 27.95. The strong buying sentiment was further confirmed from the bullish signal of the William’s Alligator technical indicator. The indicator which uses three smoothed moving averages, set at five (lips-green), eight (teeth-pink), and thirteen (jaw-blue) periods, indicated a strong bullish uptrend.

The three simple moving averages with the 5-day SMA at the top, 8-day SMA in the middle and finally the 13-day SMA below the previous two, indicated a completely open mouth ‘alligator formation’ as seen in the encircled region, in the chart above.

Further, the Chaikin Money Flow is well above the zero line indicating that the capital inflows are significantly higher than the capital outflows, hinting towards a strong presence of buyers.

Given these scenarios, the price of BNB is likely to rise towards the psychological resistance levels of $29 and $30 over the next few days as it could rally from the current support level of $ 27.95 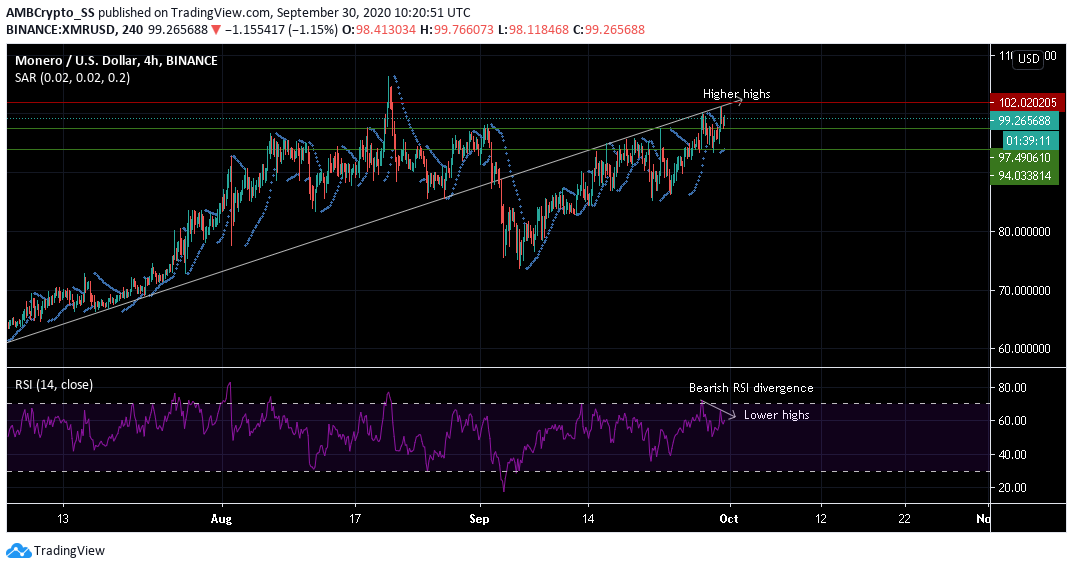 Monero, trading at $ 99.26 at press time was witnessing an overall uptrend.

The Relative strength index (RSI) signaled a bearish divergence as the RSI made lower highs and the price can be seen from the trendline witnessed higher highs. This could push the price back to its immediate support level of $ 97.49 in the next few days.

A possibility of a bullish rally also seems likely from the $97.49 mark as the dotted line of the Parabolic SAR below the candles hinted at the possibility of an upward price trend.

This means the price could see a short-term consolidation along with the current support level post which Monero could be headed for further gains in the near future.

Yesterday, Monero, announced on its official twitter handle that a scheduled network upgrade would take place on October 17 and informed users, services, merchants, pool operators, and exchanges to operate on the 0.17 version. 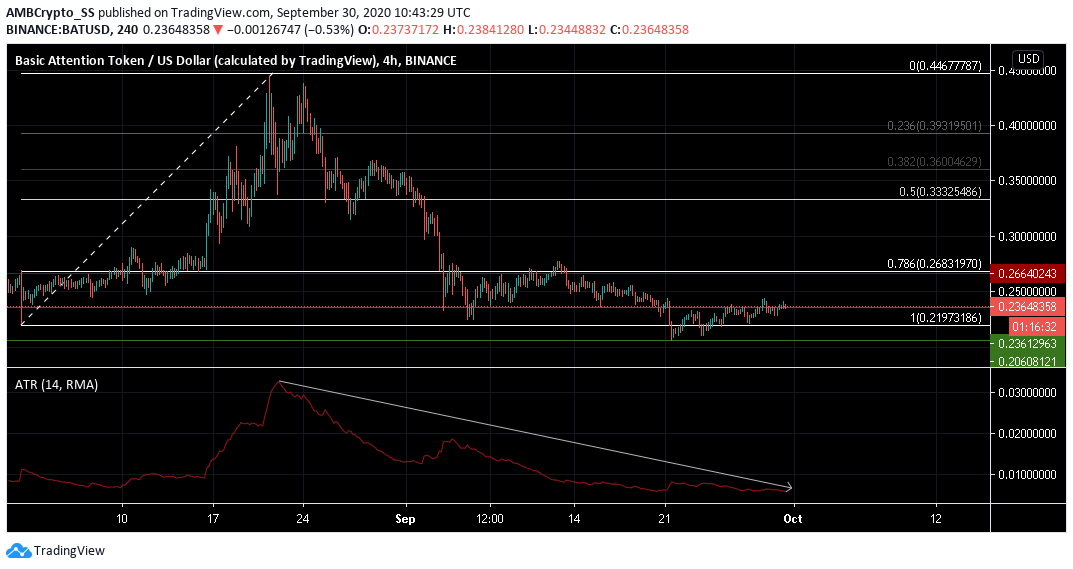 During the course of the month BAT traded mostly between the 78.6% and 100% retracement levels highlighted by the Fibonacci Retracement tool. At press time, it was trading at its key support level of $ 0.236, just above the 100% retracement region.

Average True Range (ATR) that helps measure market volatility was in a downtrend and indicated a low level of volatility, effectively further reducing the probability of wide price swings in either direction.

However, for the next few days, a further dip to its next support of $ 0.206 just below the 100% retracement level is more likely than a price surge, given BAT’s overall downward price trend.