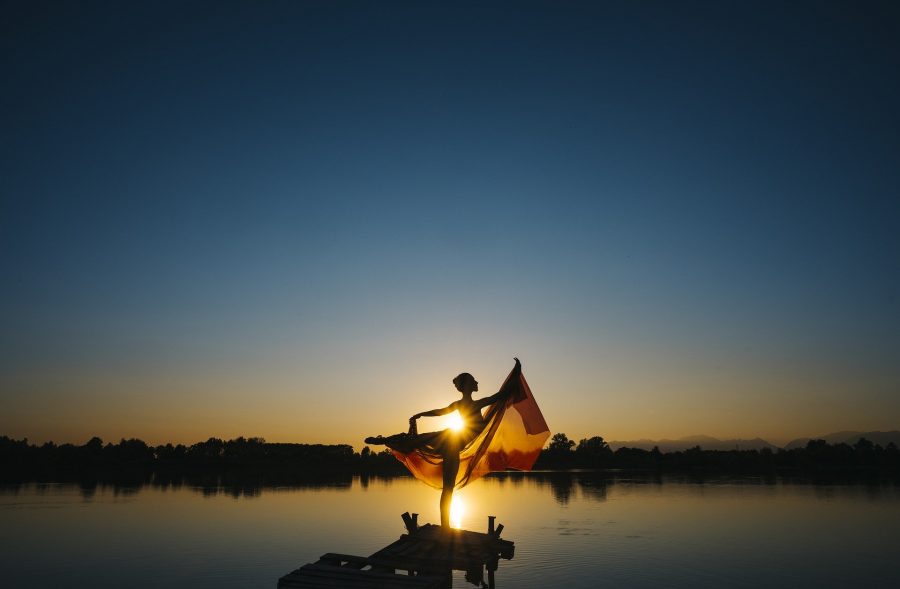 25 October marked one of the largest bullish returns ever for the crypto-industry after the total market cap of digital assets registered a growth of over $30 billion in a span of 24 hours. However, while the market braced itself for a week of active price movement, the momentum soon died off.

Over the past week, the market continued to consolidate as a difference of only $5 billion was recorded from 12th to 18th November.

However, it was also observed that the collective altcoin market considerably outperformed Bitcoin, when measured excluding the world’s largest crypto-asset.

The Weiss 50 Crypto Index (W50), a measurement index covering the entire crypto-industry based on market performance, slipped drastically by almost 4.65 percent on 18 November. This finding highlights a steady decline after an evident rise in the crypto-market was recorded on 26 October. 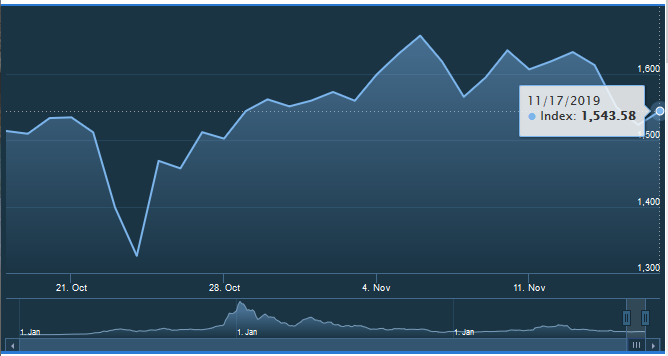 In comparison, the Weiss 50 Crypto Ex-BTC index performed better, without the inclusion of Bitcoin, registering a value of 1,543.58 on 18 November.

However, when both the charts are pulled up for deviations, the difference is not huge in terms of percentage, considering the fact that the index above also recorded a slump of 4.6 percent. 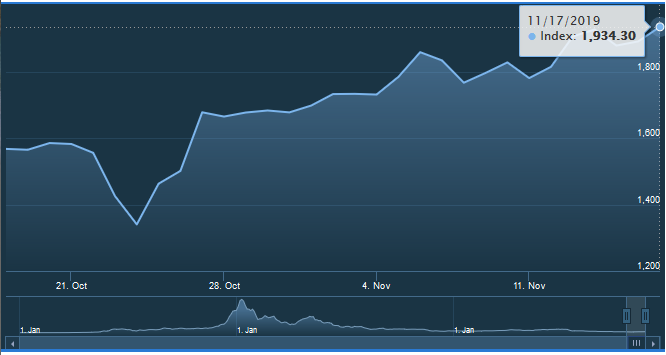 The scenario was on the bullish side when digital assets with smaller market cap were tracked. According to the chart above, the Weiss Small Cap Crypto Index (WSC) recorded a growth of over 6.25 percent over the same period.

The aforementioned data indicated that as a whole, larger crypto-markets were pulling the market down over the past week, whereas the small caps were posting considerable gains. Over the next few weeks, the valuation may fall for these smaller caps but presently, small altcoins were recording bullish signs.

Related Topics:AltcoinsbitcoinWeiss Crypto Ratings
Up Next