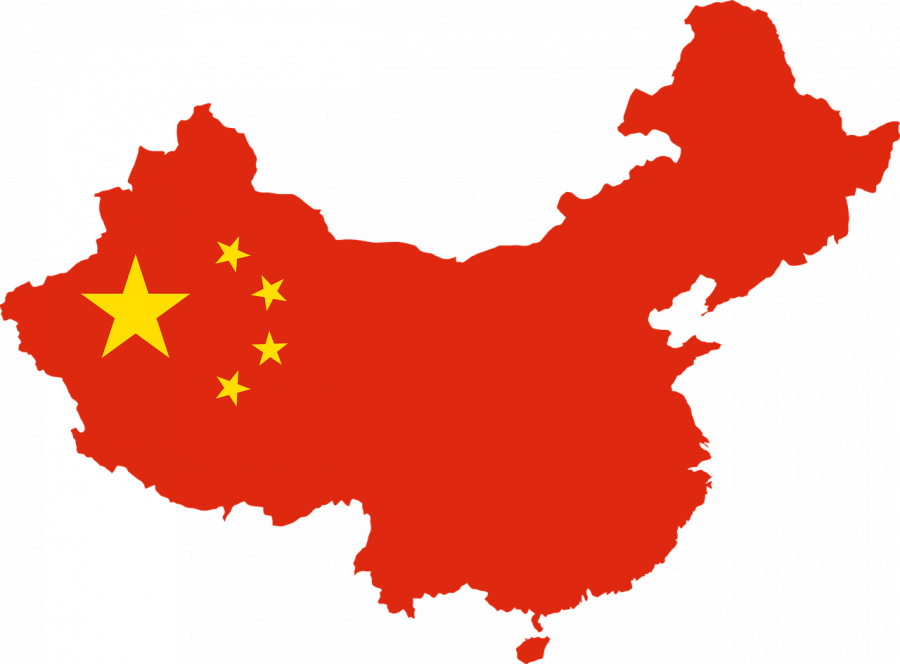 Ever since Facebook announced its plans to launch its own cryptocurrency, the world’s regulatory and financial space hasn’t been the same. However, the news cycle about Libra was soon overtaken by lawmakers and regulatory bodies voicing their grave concerns about the same, while also highlighting Facebook’s own problematic history. What is missing however from the news cycle are the opportunities Libra’s launch may afford to many, including Africa, a continent of over 1.2 billion.

However, Libra, if and when it launches, may not be the only venture to take a crack at Africa. In fact, another country may soon have its sights on the continent: China.

Libra in Africa: The perfect market?

While skepticism about Facebook’s Libra has been high, expectations associated with the yet-to-be released crypto-project are even higher. Many see Facebook’s universal presence and appeal as key to the economic empowerment of millions across the world, most of whom have no access to any financial systems, including banks. Libra’s whitepaper highlighted this issue too, stating that Libra is an attempt at addressing the same by the use of a global, decentralized currency that is governed as a public good.

A significant number of people without access to these systems, the ‘unbanked,’ are in the continent of Africa. In fact, according to the World Bank, 17% of the world’s unbanked population resides in sub-Saharan Africa alone, with some estimates suggesting that over 66% of the region’s population come under this category. Many like Tendai Tomu, the Zimbabwean author of ‘Libra in Africa: How Facebook’s Libra is going to disrupt Africa,’ believe that Facebook’s Libra is well-positioned to help these people.

A range of factors such as low incomes, high banking fees, distrust in banking institutions and religious beliefs have long contributed to Africa’s significant unbanked population. Tomu argues that Libra can piggyback on the popularity of Facebook’s Messenger and WhatsApp in Africa, while also utilizing the continent’s growing interest in cryptocurrencies and blockchain.

These are all valid points. However, these are all based on the assumption that Facebook will definitely go on to launch Libra sometime next year. From what we’ve seen over the last two months, that may not be a certainty. Regulators, financial watchdogs and lawmakers have been so busy on the social media giant’s case, that Facebook had to concede in its quarterly report to the SEC that Libra may never launch and see the light of the day.

What then? Libra was devised with the plan to cater to billions across Asia and Africa. Now, with many in Asia such as India being hesitant about cryptocurrencies and Libra’s regulatory troubles only getting worse, the world’s unbanked population may need some other party to join the fray. Enter, China.

China is a superpower in a lot of respects, especially where its military and financial might is concerned. However, it has always lagged behind countries such as the United States, Russia and the United Kingdom in the currency of soft power. This is now changing, slowly and steadily. And, the 1.2 billion-strong continent of Africa is the beta test for this Chinese show of soft power.

President Xi Jinping’s Belt and Road Initiative is a crucial element of this exercise of soft power. A programme to promote regional connectivity by funding a series of infrastructure developments across Asia and Africa, the BRI has had a lot of takers over the past few years. In fact, thanks to the BRI, China today is the world’s largest investor in infrastructure, with a lot of the beneficiaries of these investments based in Africa.

Chinese investment in the continent has been growing at a staggering rate since the turn of the millennium. According to a report by McKinsey, while trade between the two has grown by 20% annually, Foreign Direct Investment into Africa by China has grown at an astounding rate of 40% every year. Between 2000 and 2014, China has funded infrastructure projects worth $121.6 billion, building everything from telecommunication networks to ports to railways to dams. Over 10,000 Chinese companies now operate in Africa, with a majority of them based in Nigeria and Zambia.

Exercise of soft power or arm-twisting?

Many have alas, argued that China’s investments are instruments of debt-trap diplomacy. China’s BRI has allowed it to extend its soft power through economic means in a continent that is not exactly easily accessible. However, when countries under this project run huge deficits or default on loan payments, China has been known to extract political concessions in return. The construction of a Chinese naval base in Djibouti, many believe, is an example of the same. China’s soft power thus, is now actively giving way to gaining political and economic capital.

However, this exercise of soft power in Africa is yet to be fully explored with respect to the field of FinTech. How likely is it that China may take advantage of Libra’s troubles to become the first mover in Africa? It’s hard to tell, but it’s also hard to dismiss any speculation regarding the same.

China’s plans to develop its own digital currency were accelerated by Facebook’s Libra announcement. In fact, these plans were accelerated so much that after years of teasing and prevaricating, the People’s Bank of China suddenly came out and announced that it is ready to go. It is obvious that China realizes the advantages of being the first-mover. It is here that Africa may come into the picture.

Given the fast-tracked nature of development, it can be safely hypothesized that China’s decision to launch the digital currency so soon may not have ironed out all the issues. Like any software app, this requires a testing and trial period, a beta test. Given the rooted Chinese involvement in Africa, the continent may emerge as the test subject of the Chinese dragon.

While the PBoC has announced no intention of launching a digital currency beyond its borders, Chinese soft powers will be more than able to extract such strategic concessions from African nation-states. And, despite the lack of a smoking gun, such a development would make a lot of sense. For starters, this would allow China to correct any lapses and loopholes before its launched for citizens in Mainland China. Secondly, this will allow China to fill the financial void for the unbanked population of Africa, before Facebook’s Libra even makes its debut. Finally, such a launch would be a diplomatic PR victory for the Chinese, not long after the President of its soft power rival, Donald Trump, called African countries “sh*thole countries.”

Primitive Ventures’ Dovey Wan highlighted the same in a recent article, where she stated that in light of the fact that China holds 14% of all of Africa’s sovereign debt, China is in a position to offer digital RMB as the next reserve currency for emerging market economies.

Another advantage highlighted by Radian Partners’ Jennifer Zhu Scott was that a digitalized RMB would allow Chinese authorities to keep track of the billions in aid it’s spending locally on the continent.

Is targeting Africa a viable plan?

However, if such a development transpires, it may not be a bed of roses for China’s digital currency in Africa. These concerns were shared by Tendai Tomu when he spoke to AMBCrypto. He said,

“Africa has been slow in embracing Chinese social tech such as Wechat and Weibo which could have been used to push the Chinese crypto into the mainstream. This is mainly because the market is saturated with western influenced communication mediums such as Messenger and WhatsApp.”

The lack of reach and popularity of Chinese social tech doesn’t bode well for China’s chances if it goes ahead with such a plan, Tomu said, while adding that the Chinese Yuan has been received by much of the African population with a very tepid response. This implies that even if China were to launch its digital currency in Africa a year before the launch of Libra, it will still end up losing the race. However, that is a strong ‘if,’ a word that would gain more significance if Facebook does indeed never launch Libra.

Similar concerns were shared by David Gerard, author of “Attack of the 50 Foot Blockchain: Bitcoin, Blockchain, Ethereum & Smart Contracts” with AMBcrypto. According to Gerard, if China were to push out its central-bank digital Renminbi in Africa, it could be potentially advantageous for the Chinese as the Renminbi would then become a global currency, just like the US Dollar. He added,

“….requires networking infrastructure that isn’t built-out yet in Africa. There’s lots of areas with good Internet, but lots of areas that don’t. So first, all of this is just a potential idea. But second, it would only work as a digital currency if there’s the Internet infrastructure in place, and it’s *utterly reliable* enough to use for money.”

Gerard also questioned China’s readiness for the launch of its own digital currency, despite Chinese authorities promising its debut at the earliest.

There are other concerns too, if the Asian country does indeed propose and go forward with such a plan.

Take Tencent, for instance. It can be safely speculated that if China does indeed go ahead with its plan to launch its own digital currency, it will use the mobile payments platform provided by Alipay and WeChat Pay, the latter of which is developed by Tencent. Therefore, if China does indeed take the leap, Tencent stands to benefit.

However, South Africa’s Naspers, through its subsidiary PayU, is a member of the Libra Association, the group backing Facebook’s crypto-project. And Naspers, the African media giant, happens to be the majority shareholder in Tencent.

This would suggest that whatever happens in Africa, whether it is Libra or China’s digital currency, Naspers and by extension, Tencent stands to profit. According to Tomu, this is Naspers’ way of “hedging their bets and trying to get the best of both worlds.” That may just be true.

All smoke and mirrors?

There are other concerns too. For instance, many analysts believe that China’s digital currency is unlikely to be a cryptocurrency at all since it won’t be decentralized. Instead, the People’s Bank of China plans to run a private chain that will operate on fully private controlled private nodes. In fact, in a recent speech, PBoC’s Changchun Mu said that the purpose of the CBDC is to replace cash in circulation while restraining public demand for crypto-assets and strengthening the sovereign currency.

What is certain however is the fact that whether it is Libra or China, the first one to take the leap in Africa will be at a distinct advantage.