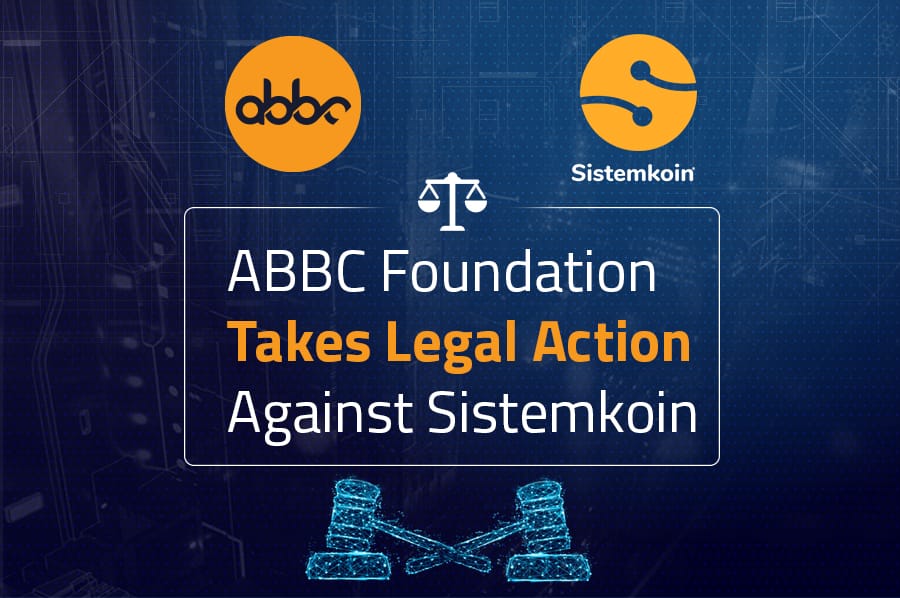 In line with the hacking incident and delisting of ABBC Coin on the Sistemkoin exchange, ABBC Foundation is now taking legal action against the Turkey-based digital asset exchange.

In September 2018, ABBC Coin was listed on Sistemkoin. According to the ABBC team, a few months after, a user has informed them via email that he could not withdraw his ABBC Coins on the said exchange.

Sistemkoin claimed that ABBC Coins within their exchange were hacked. They demanded that ABBC must deposit the equal amount of ABBC Coins that have been stolen to resume ABBC Coin activities on the exchange.

As the ABBC team seeks to fix this issue as soon as possible, they have tried to be in touch with Sistemkoin’s team to resolve any loss of assets on the user’s side. Apparently, Sistemkoin did not take any responsibility for the incident and proceeded to delist ABBC Coin last December 2018 on their platform without any notice to the ABBC team.

Furthermore, one of ABBC’s senior managers has also experienced an anomaly withSistemkoin. He decided to withdraw his funds worth 550 Ether and transfer it to another wallet address. Sistemkoin approved his withdrawal request but the funds were sent to a different wallet address. The manager reportedly contacted the COO, CEO, and Telegram support of Sistemkoin but there were no proper replies given. On the contrary, he got blocked on their system.

From the delisting date until the present, numerous complaints have been received by the ABBC support team. On the other hand, the Sistemkoin’s support channel is giving invalid answers that only aim to delay any response to the abovementioned issues.

Due to Sistemkoin’s inability to take any measures to mitigate the losses of users and instead kept on pinning the blame on the ABBC Foundation, a case against Sistemkoin has now been filed.

According to ABBC CEO Jason Daniel Paul Philip, the team cannot tolerate the situation any longer and they want Sistemkoin to be accountable for any errors committed under their jurisdiction.

“We want to protect our users and alert the rest of the crypto community of the irregularities that have been happening on Sistemkoin’s operations.”

ABBC can be traded with more than 30 trading pairs, available in over 20 leading exchanges including BitMart, DragonEX, Bithumb Global, BitForex, and Coinall.