Bitcoin recorded its year to date ATH on 26 June, after registering a valuation of $13,800.

However, while the price started to drop within an hour of reaching the ATH, many in the community still believed that the valuation would bounce right back to re-test further resistance points at $14,000. Alas, this bullish sentiment did not translate into further gains, and the second half of 2019 has been largely bearish for the cryptocurrency market.

According to a Coinmetrics report, the present price movement of various crypto-assets suggests that the declining valuations are registering huge price drawdowns from their year-to-date peaks.

Drawdown is the negative half of a standard deviation on an asset’s price. When the valuation falls after hitting its peak, the decline is termed as a drawdown. 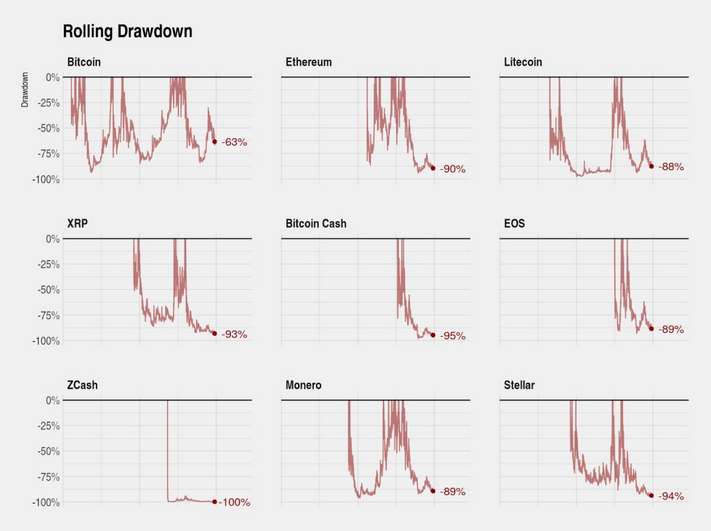 From the data, it can be seen that the price drawdowns for certain crypto-assets were approaching their all-time low, most notably XRP. At press time, Bitcoin’s drawdown was close to 65 percent, after surging over $13,000 in the summer.

As a majority of the crypto-assets were recording falling prices, a comparison was drawn out between the previous bottom cycles and the crypto-assets’ performances in those respective periods. 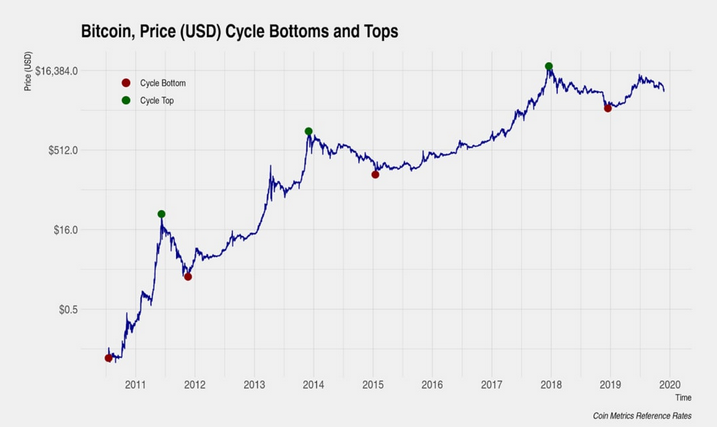 The attached chart listed out three-cycle bottoms and tops where every cycle bottom is considered a local minimum and the cycle top is a local maximum. The last cycle bottom was observed on 15 December 2018, when Bitcoin reached a low of $3200.

It was also found that the previous three-cycle exhibited a pattern of extensive lengthening, wherein each cycle lasted a little longer than the previous one. Such an outcome takes place when a bigger group of users enters the space and the industry witnesses a greater wave of adoption and awareness. 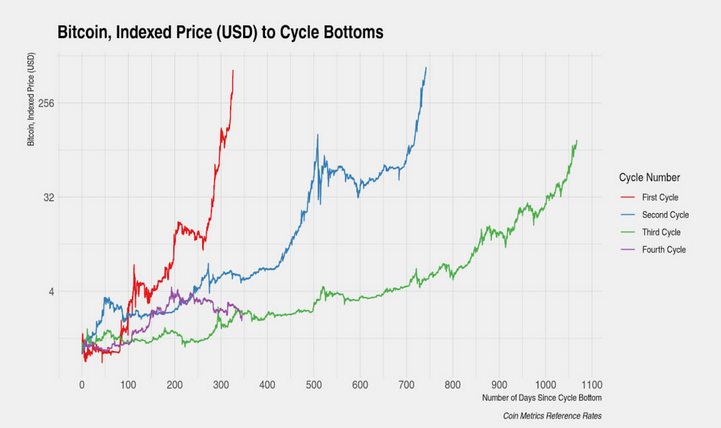 With respect to previous cycles, the current fourth cycle recorded an abnormal peak over the summer, as the indexed prices exceeded were previous prices for both the second and third cycles during the period. However, at press time, the indexed price was below the third cycle, an observation that suggested consistency with historical behavior.