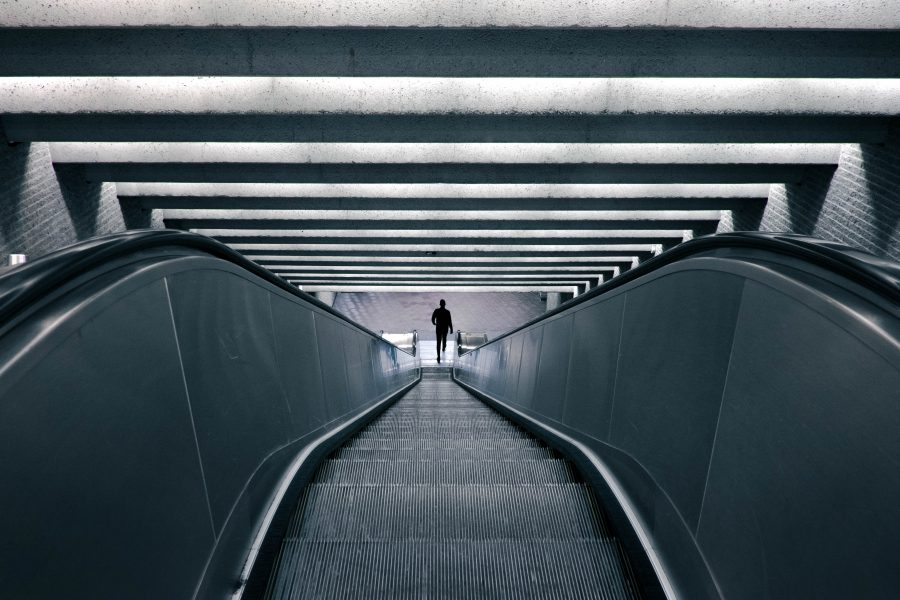 At press time, XRP was stuck in a consolidation pattern. Breaching this could give XRP the break it has been looking for. The price of XRP is currently at $0.24 with a market cap of $10.5 billion and just below ETH, the second-largest cryptocurrency in the world. 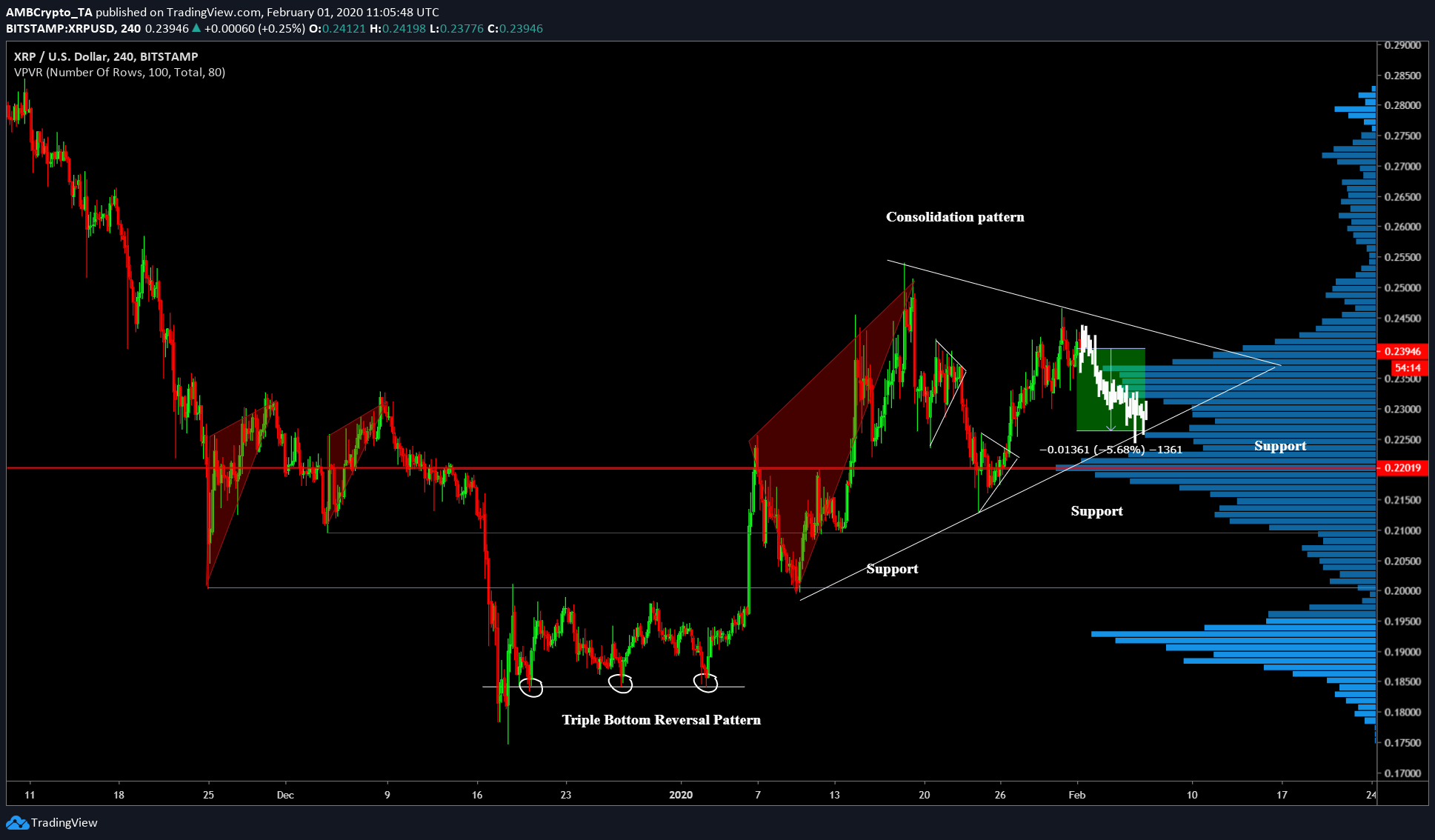 As mentioned above, there is a serious downside of 3% to 6% for XRP on the horizon, however, the only savior could be the support in between this drop at $0.2366. The consolidation pattern being formed right now is a symmetrical triangle, the breakout for which could go either way. A further collapse from the above-mentioned support would push the price to $0.2322 and freefall to $0.22680.

The daily chart for XRP showed the fractal formation still in play. As seen below, the price has successfully completed its triple bottom as seen before the 2017 bull run. Moreover, the 50 DMA [yellow] and the 200 DMA [purple], both showed a recuperation of momentum and possibilities of a future golden crossover. 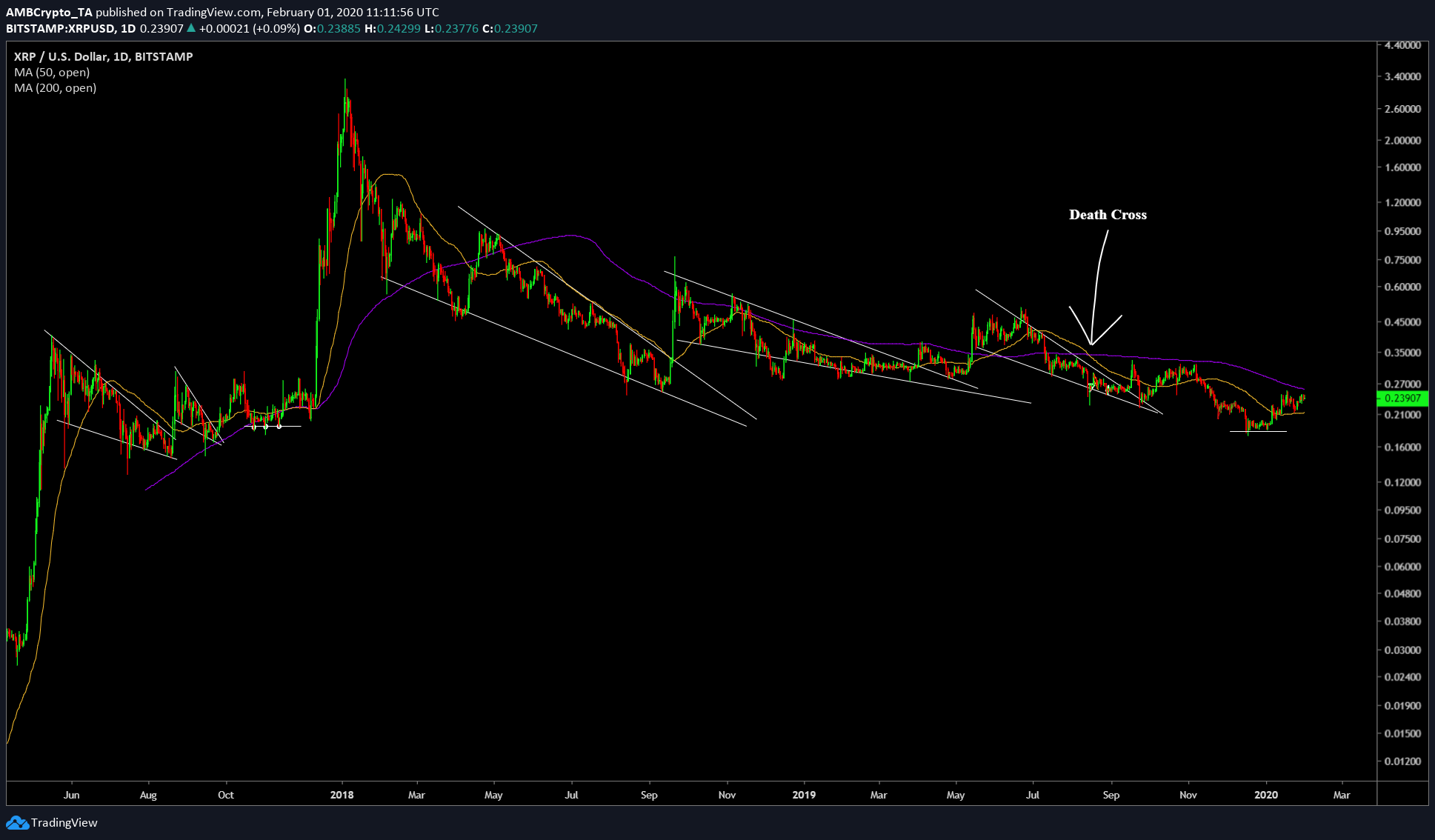 The short-term prospects of XRP look mildly bearish inside of the consolidation pattern. A drop to $0.22 can be expected, only if the interim support at $0.236 can be breached.  The breach out of this triangle could go either way. However, the long term outlook for XRP looks very bullish, a golden crossover could set the record straight for XRP.