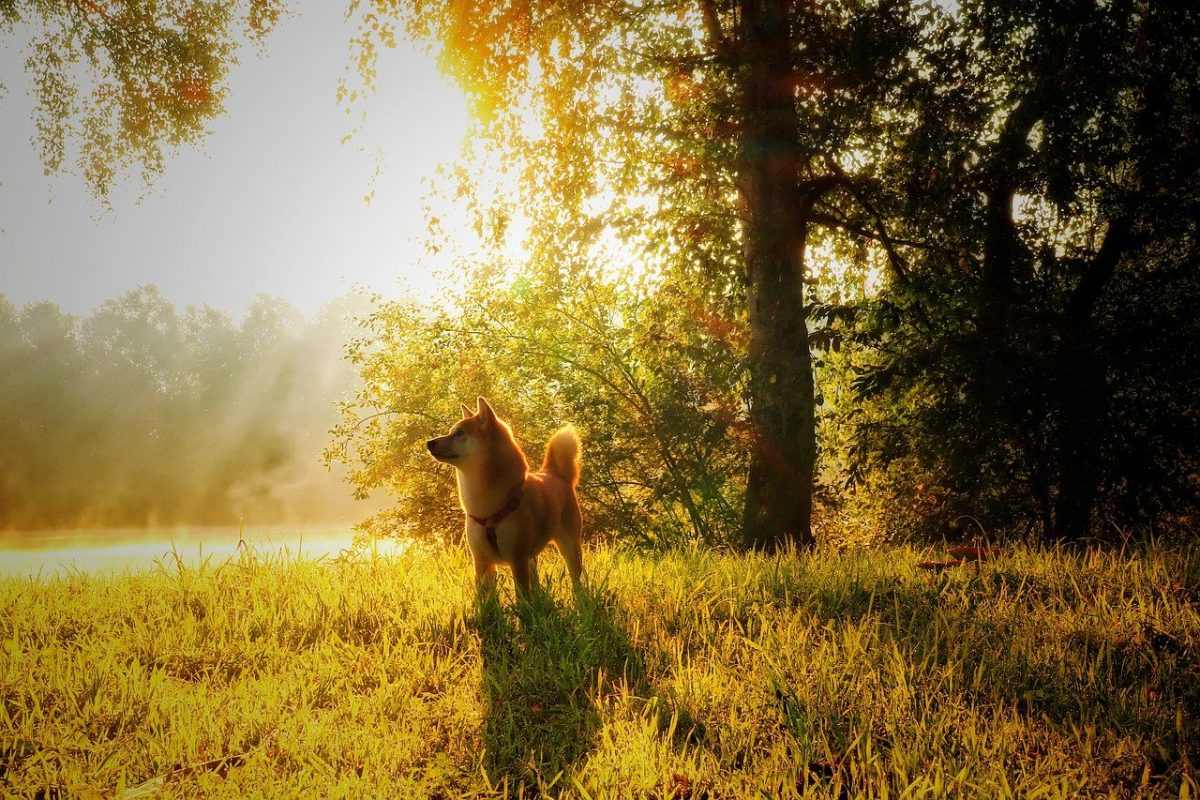 XRP’s buyers and sellers have been locking horns for a few weeks now, but neither party has been able to wrest control of the market from the other. While Ethereum Classic was on a gentle downtrend, positive updates that reportedly guard the network against 51% attacks could drive demand up once again. Dogecoin, on the other hand, was likely to face another dip in value. 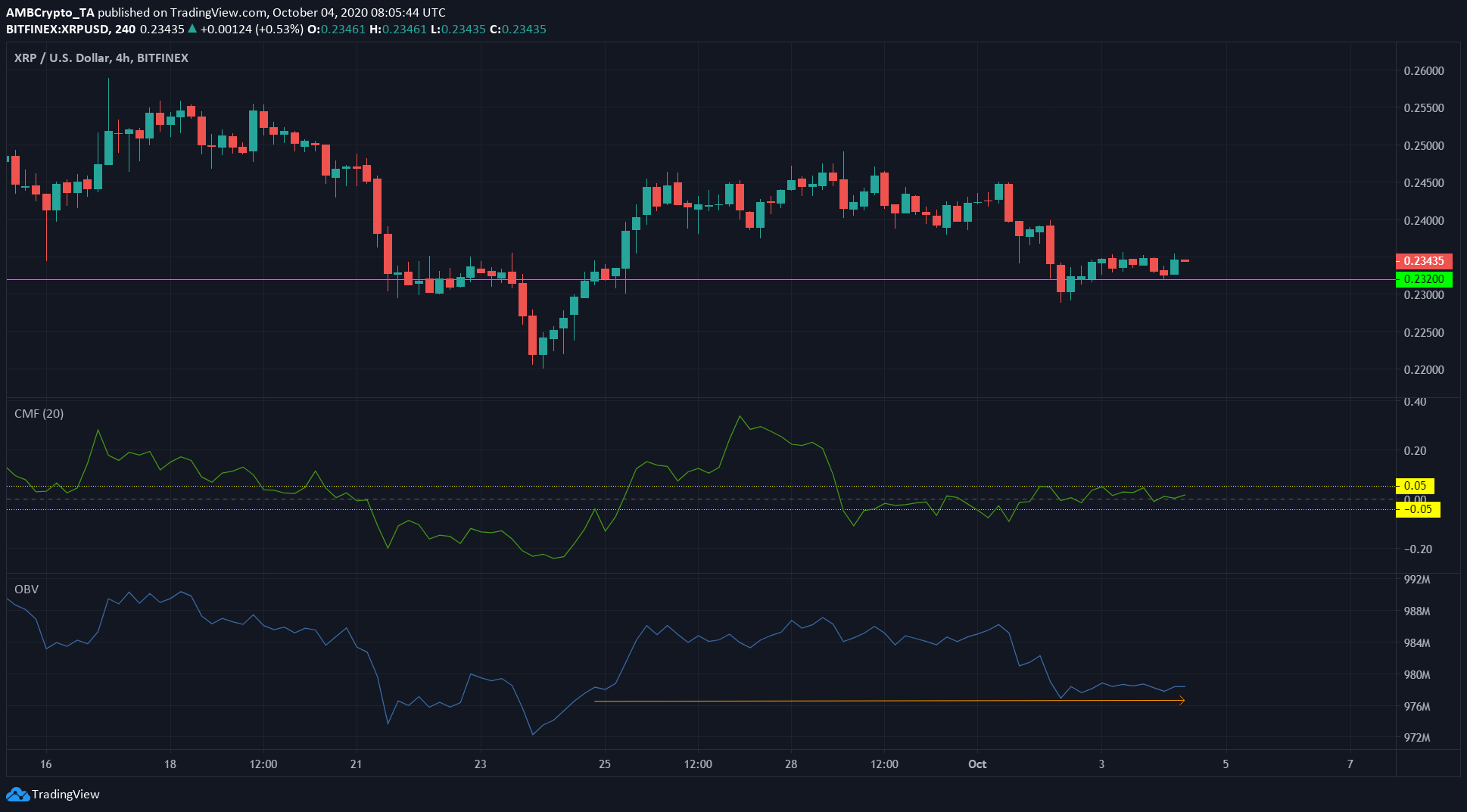 The Chaikin Money Flow showed a reading of +0.01, an insignificant reading. The significance lay in the fact that over the past week, the CMF remained within the range of -0.05 and +0.05. This suggested that that capital inflows matched capital outflows as buyers and sellers vied for control.

The OBV also showed that the previous week’s buying volume was undone by the recent wave of selling, pushing XRP back to square one.

Looking back over the past three weeks, it can be observed that buyers and sellers were in equilibrium. This could be an extended period of consolidation for the crypto-asset under the important level of resistance at $0.27. 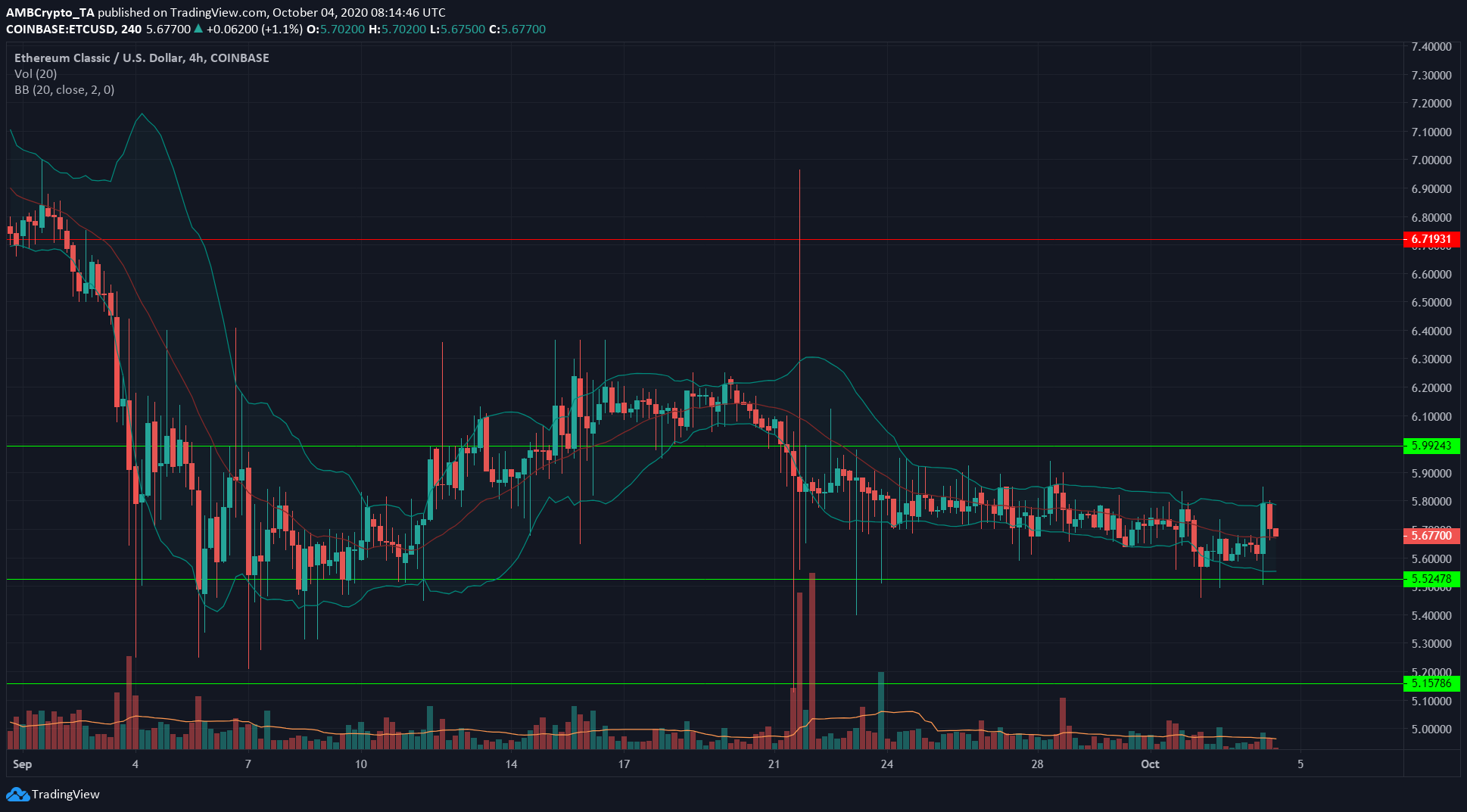 The Bollinger Bands were relatively tight around ETC last week, although they were also gently sloping lower down the charts. The price attempted to breach the upper band, but was rejected.

The falling trading volume suggested that a period of consolidation was likely for ETC in the next few days, although a drop beneath the support level at $5.52 was also possible. 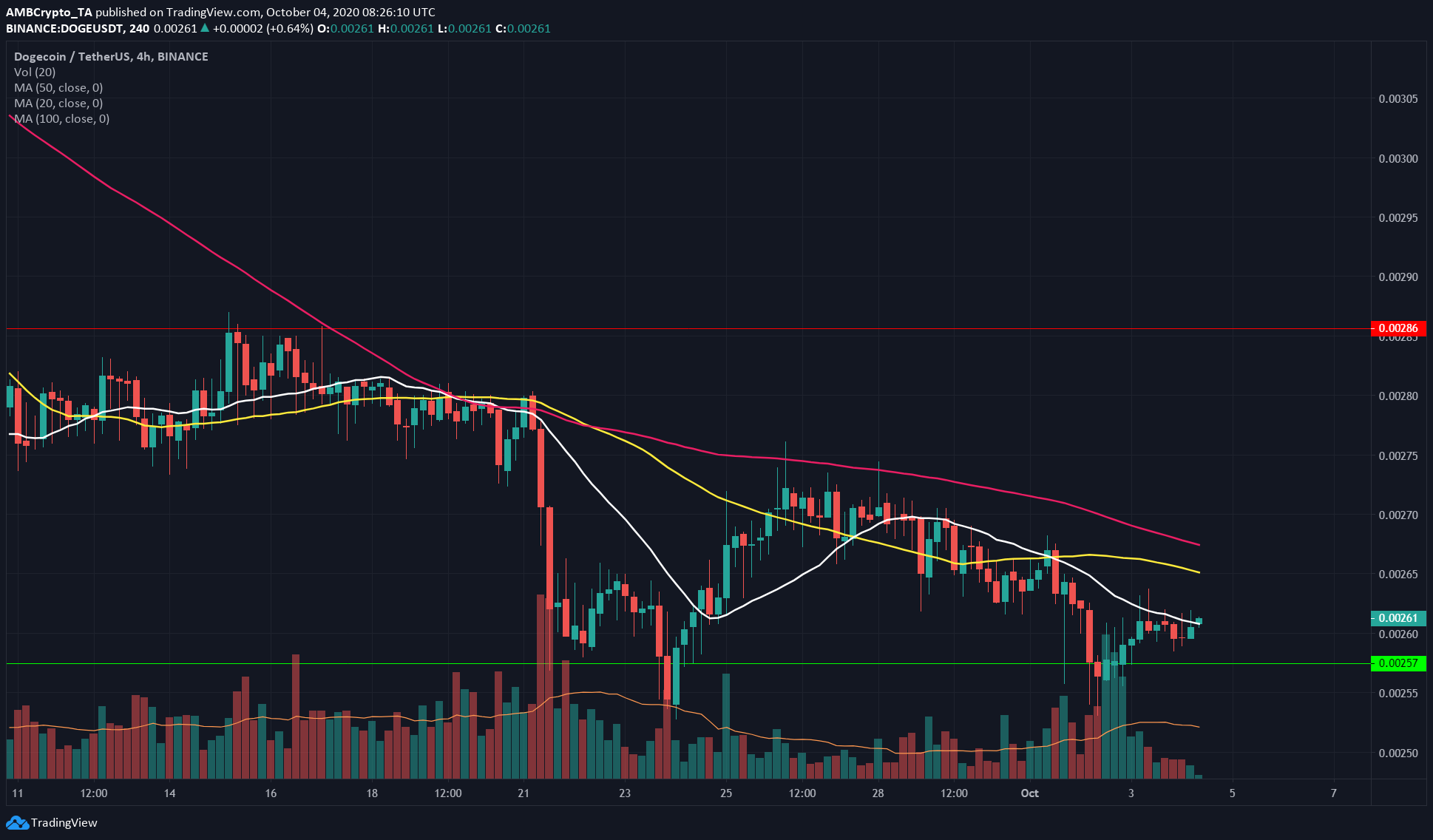 Dogecoin bounced off its support at $0.0025 twice over the past two weeks but registered a lower high on each bounce when compared to its prior bounce.

In addition, the 20 SMA (white), 50 SMA (yellow), and 100 SMA (pink) moved above the price and beneath one another, at press time. This confirmed a strong bearish trend both in the short and long-term.

There was significant trading volume at the support level, while the candles made long upper wicks. Combined, this suggested that bears drove down the bulls’ attempts at recovery.

What does DeFi need to watch out for after CFTC’s BitMEX charges?