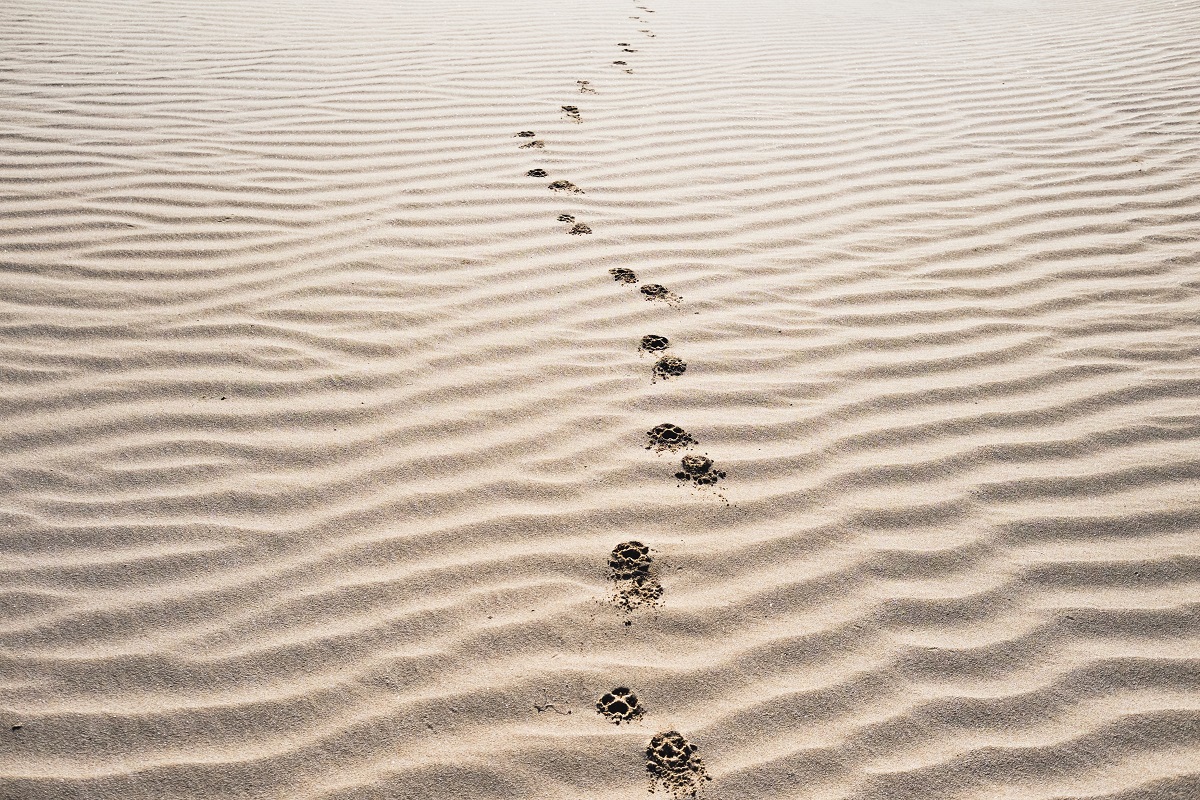 Bitcoin recovered really quickly from ‘Black Thursday,’ and so did some of the altcoins. The beginning of April saw many of these altcoins go on a bull run, and surprisingly, the fluctuations in the crude oil markets don’t seem to have affected them. Altcoins like XRP, Decred, and Dogecoin have all been on a bull ride since April, and as per analysis, they might continue on this bull ride for a few more days now.

These alts were helped by Bitcoin, the world’s largest cryptocurrency, doing well, with the king coin trading at a price of $7,530, at the time of writing. 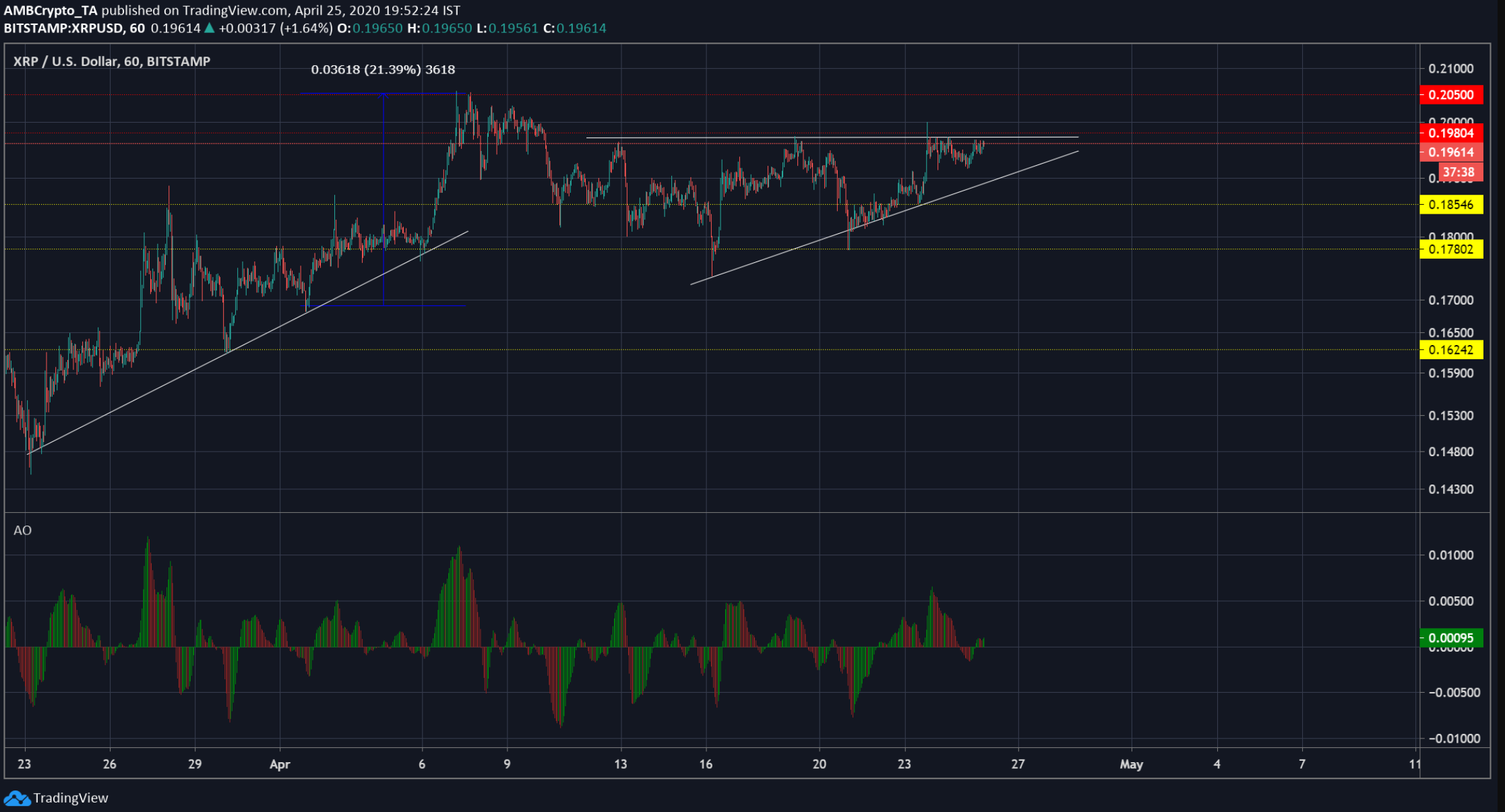 The 3rd largest cryptocurrency has recorded significant growth since the market crash in March, as seen in the attached chart. In fact, the coin saw a 21% rise at the beginning of April, but soon recorded a downward trend with the price reaching $0.17 from $0.20. However, as of 16 April, the coin was in an upward trend and as the ascending triangle pattern indicates, the coin might continue this upward trend. The Awesome Oscillator, which was found to be resting above the zero line, also hinted at a bullish trend. 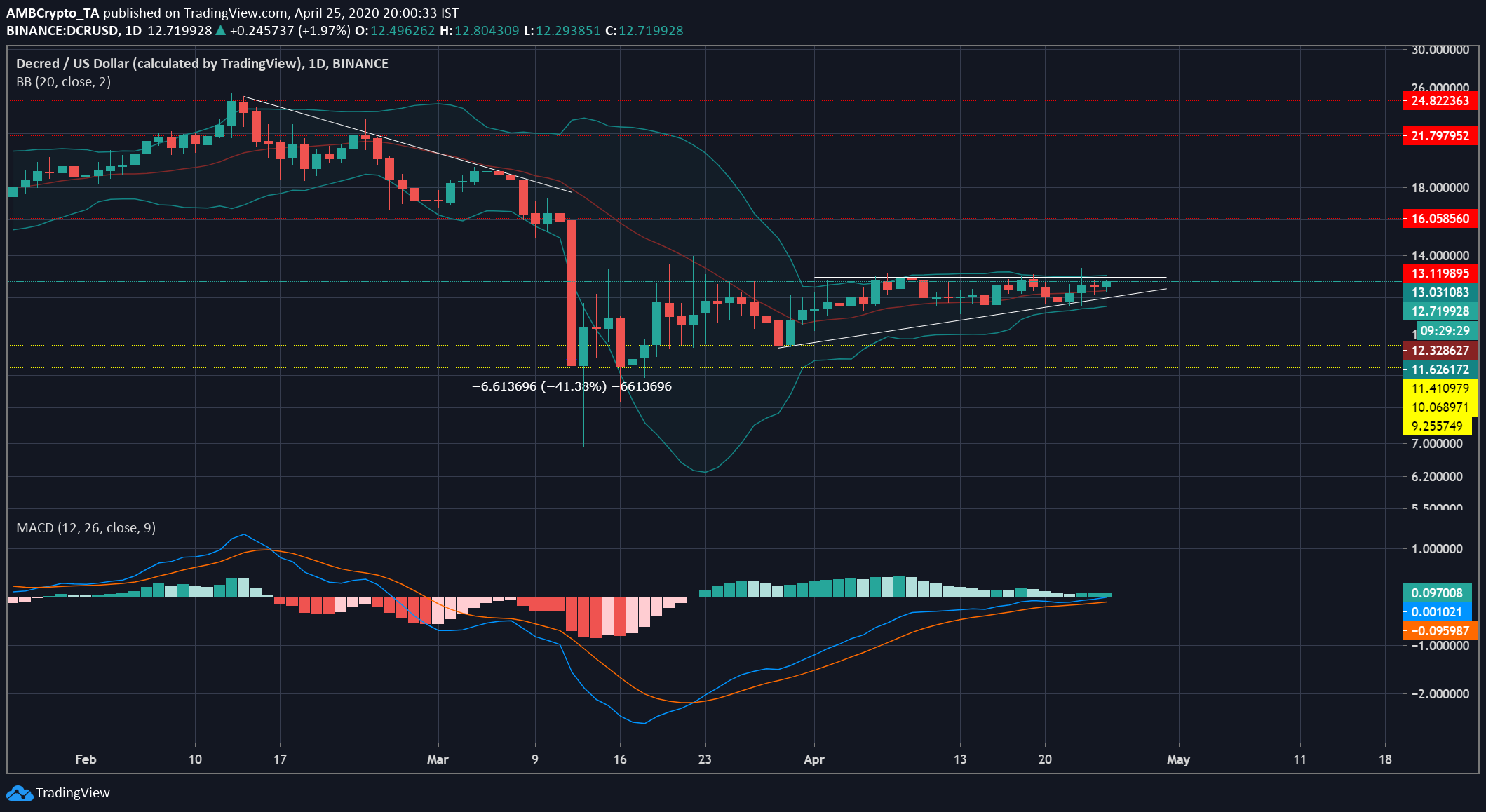 Decred, with a market cap of $145,156,603 and a circulating supply of 11,405,108 DCR, currently ranks 42nd on CoinMarketCap. After recording a 41% drop on 12 March, the coin rose up quickly and found support at $11.41. Furthermore, the price fluctuations form a pattern of an ascending triangle, hinting at a further upward breakout. This was further confirmed by the MACD indicator which signaled a potential bullish crossover. Additionally, the contracting Bollinger Bands signaled lower volatility in the coming days. 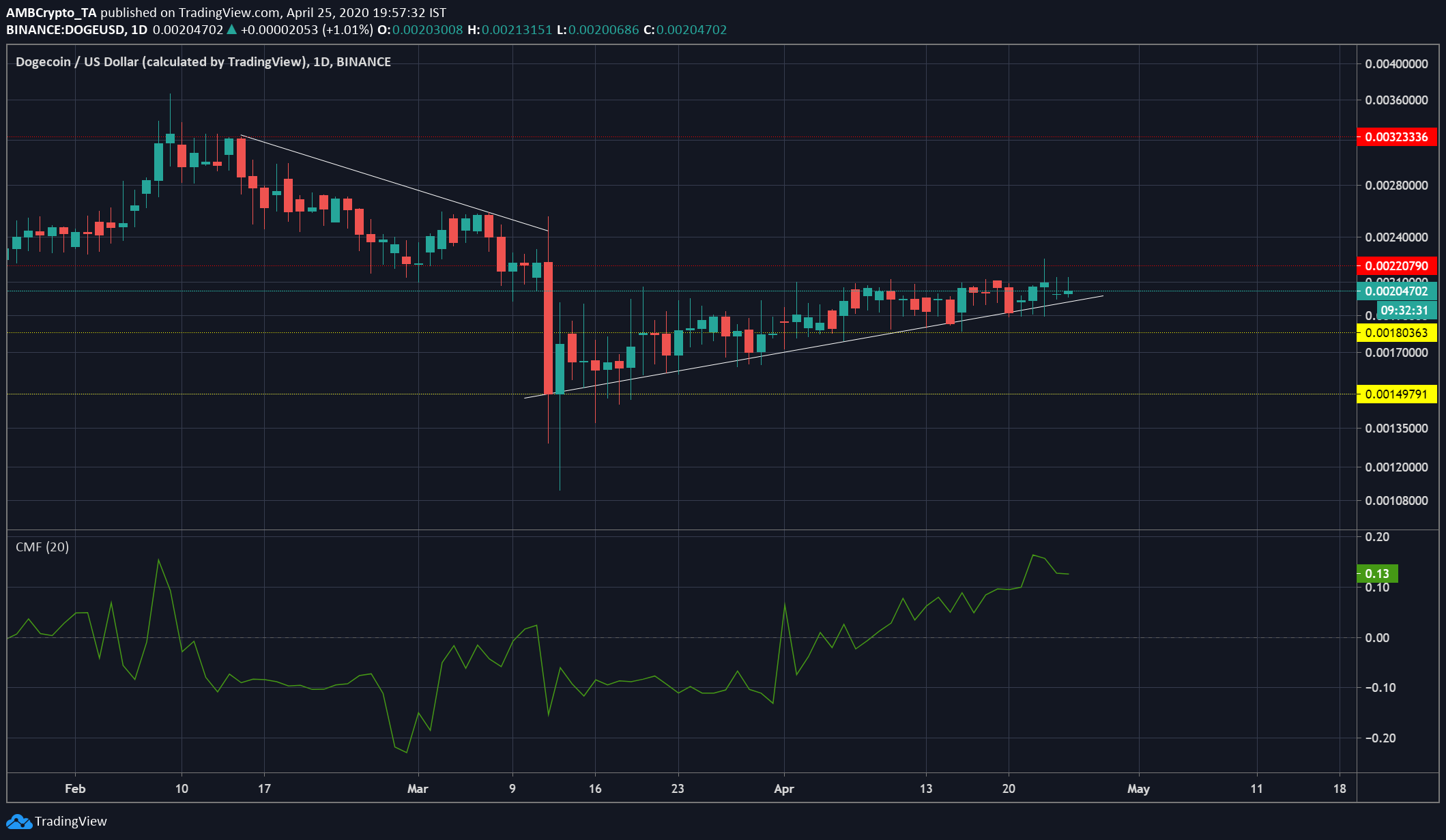 The 33rd ranked coin on Coinmarketcap has been trending downwards since mid-February, as seen in the above chart. However, following 12 March, the coin has only seen upward movement. The coin has maintained its support at $0.0018 for over a week now. Additionally, the CMF indicator which lay above the zero line indicated further upward breakout.

Bitcoin Futures hog the limelight, but Options could be the next big thing