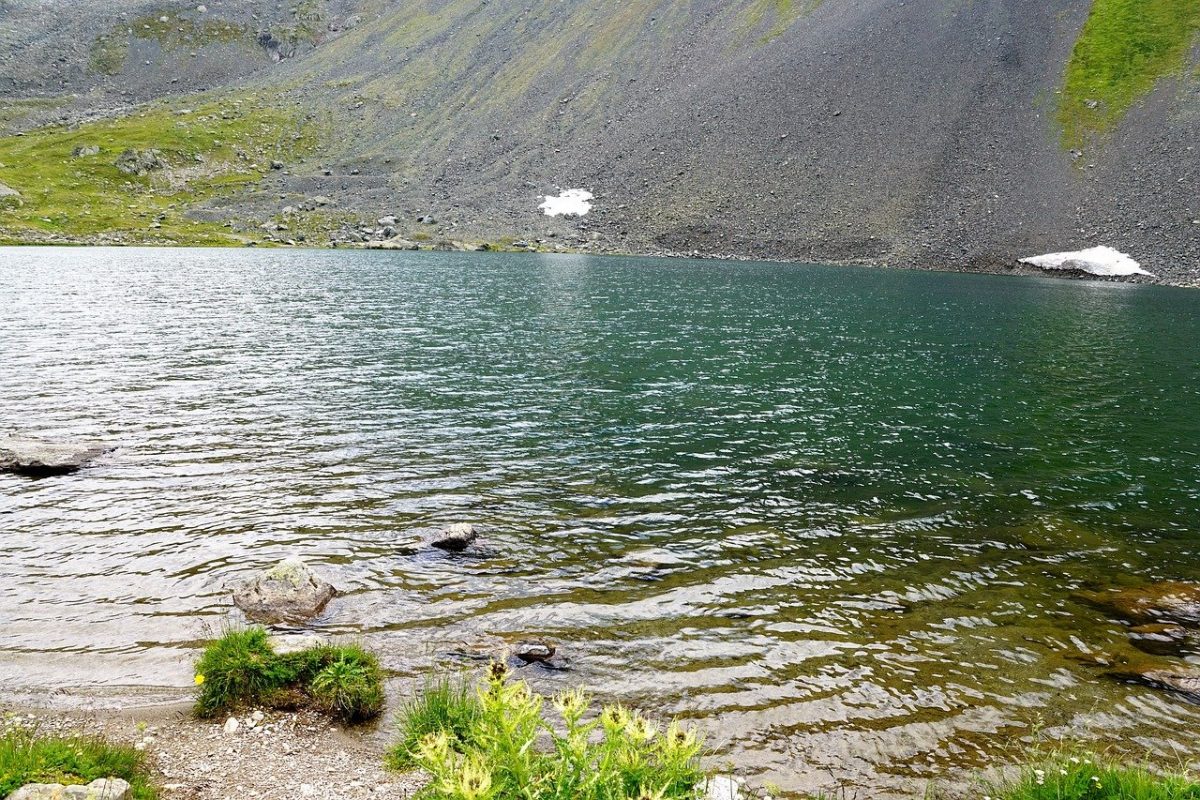 The Crypto Fear and Greed Index noted an extremely greedy figure of 76 for the day, a figure that was higher than the previous day’s 73. XRP was forming a bullish pattern right under a level of resistance, while Augur lacked the momentum to move the asset upwards or downwards on the charts. However, it presented a possibility that it might break out in the coming days or weeks. Further down the crypto-ladder, Synthetix was trending lower and could be set to visit lows last registered in July. 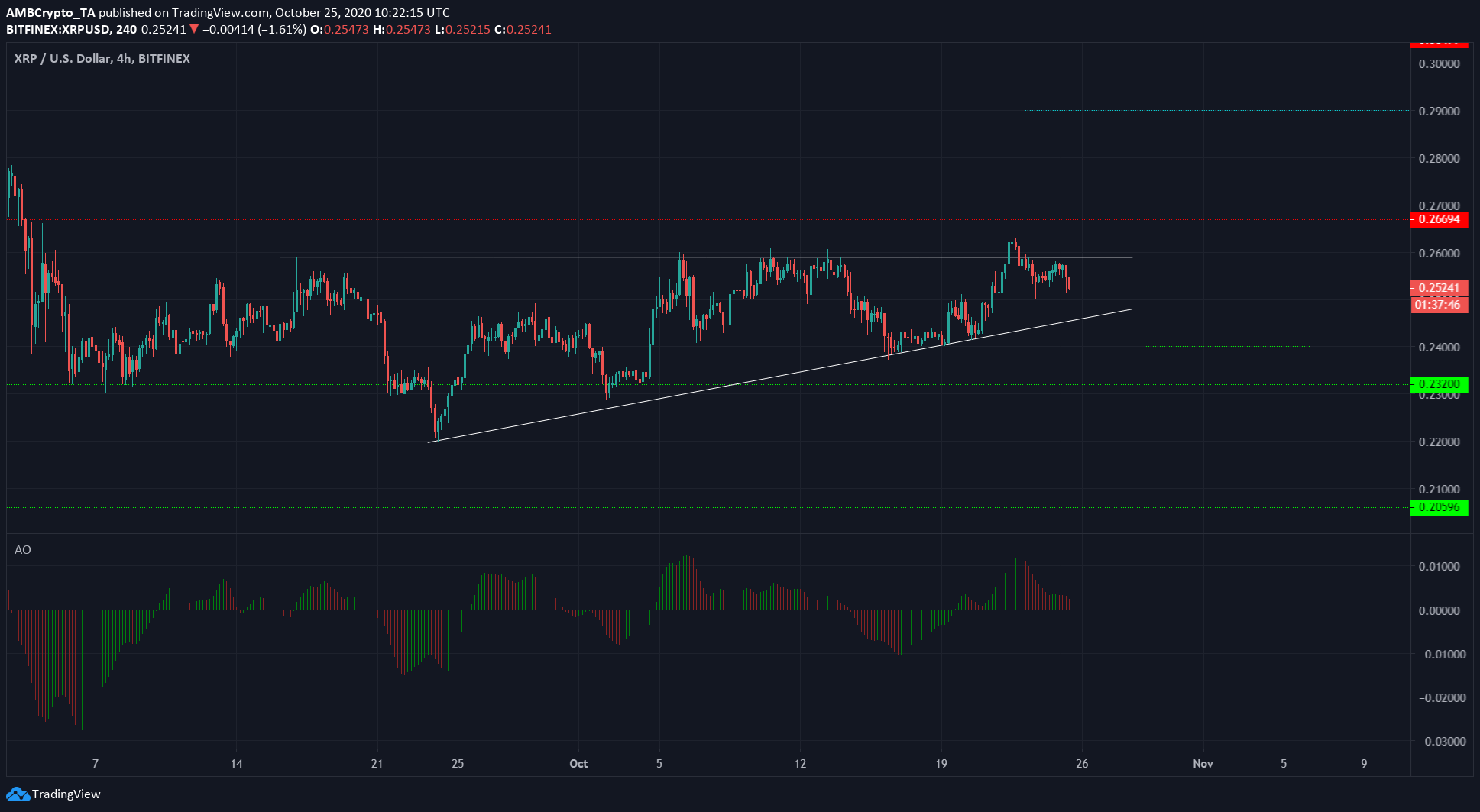 The price did not break out of the pattern. A confirmation would be if XRP broke out accompanied by good trading volume, with a projected upside target of $0.29.

The Awesome Oscillator also registered bullish momentum. Interestingly, this pattern also had the possibility of a breakout to the downside, invalidating the pattern. In that case, the $0.24-level could offer support.

In related news, Brad Garlinghouse, CEO of Ripple, revealed that he was considering moving to London over a lack of clear regulations with regard to cryptocurrencies in the US. 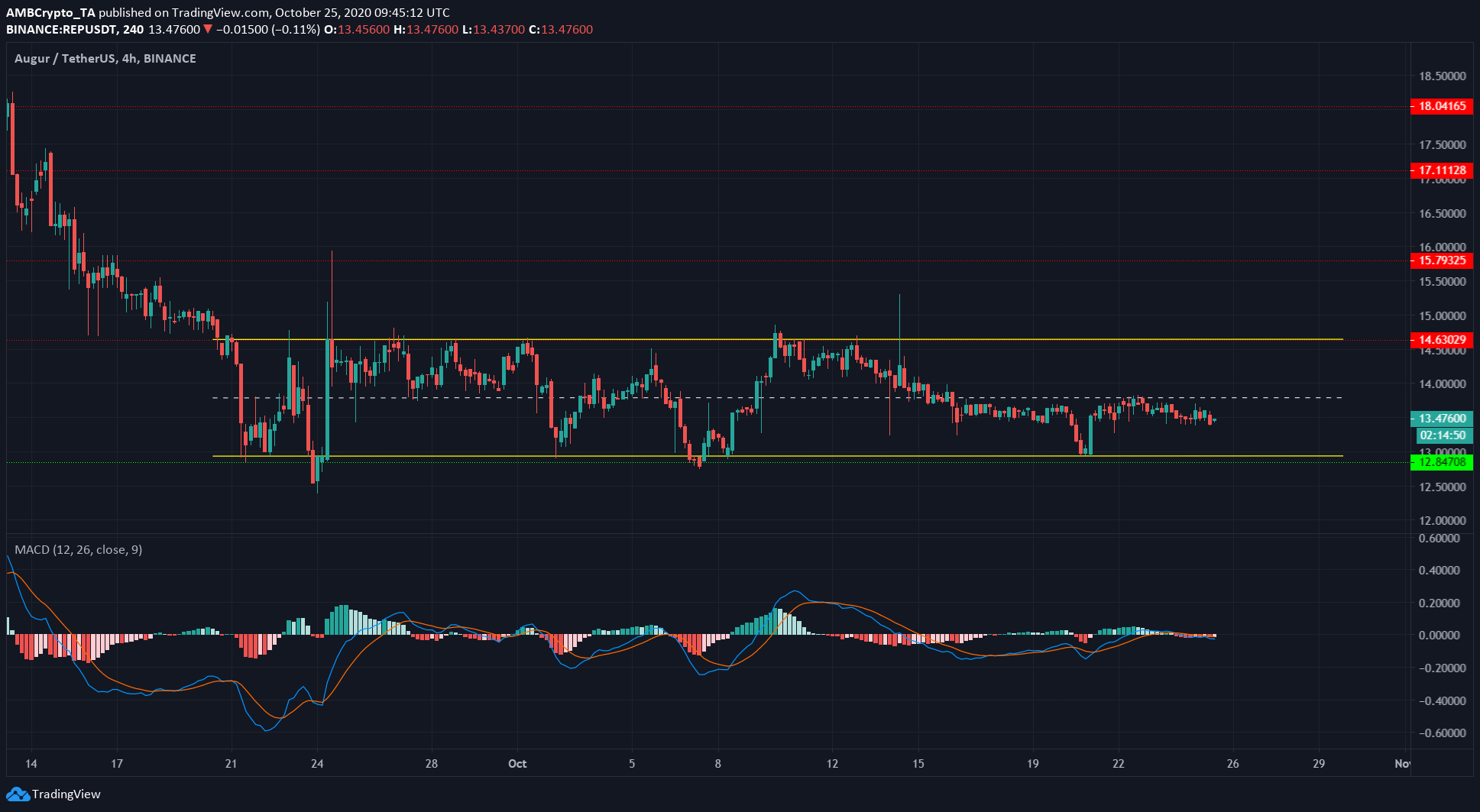 Augur formed a rectangle bottom (yellow). This pattern generally sees a breakout to the upside. Yet, at the time of writing, the asset had very little momentum in either direction.

The MACD also agreed as it showed neutral momentum.

A close outside the rectangular pattern would indicate a breakout in that direction, but in the short-term, the volatility for the asset was too low. 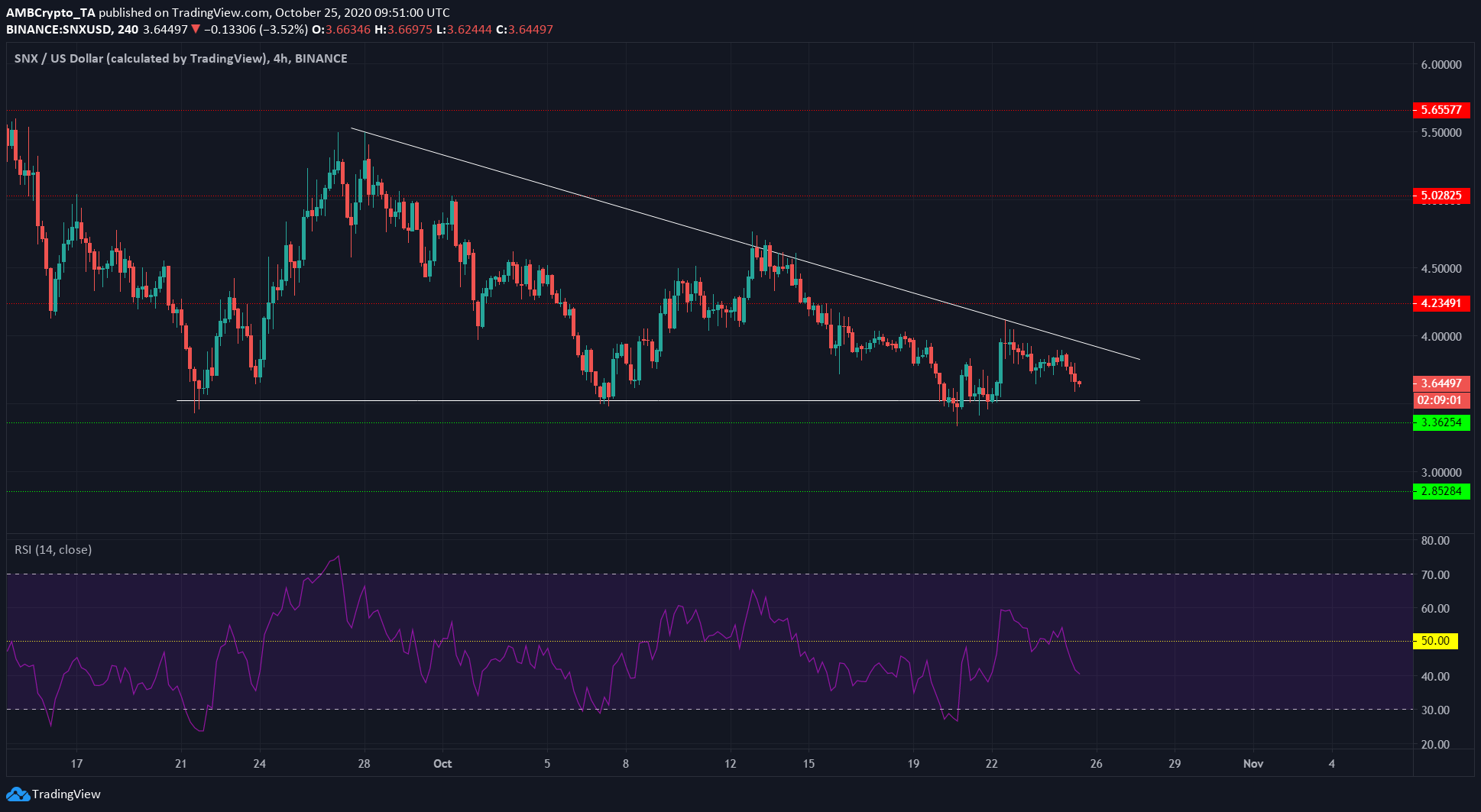 SNX formed a descending triangle, with the base of the pattern at $3.5. This pattern indicated that sellers were able to force the price down closer to the support on each occasion, reinforcing bearish pressure on the charts.

A breakout to the downside would see SNX reach a target of $2.85, although there is a chance that a move south could stall in the $3.3 region, before reversing.

The RSI highlighted that the trend for the crypto-asset was bearish over the past month, with brief rallies that were unable to shift the long-term trend.

Bitcoin’s market still has plenty to fear from OKEx halt