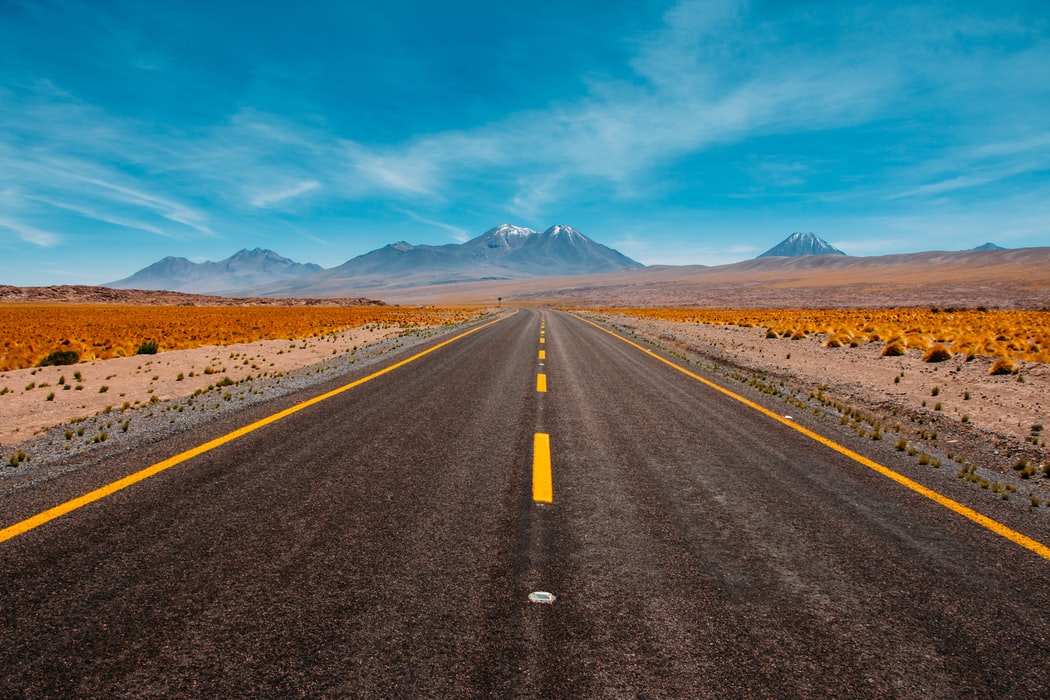 Ethereum Options volume, at the time of writing, had dropped to $4.9M on Deribit, a level last seen back in June 2020. Interestingly, such a drop to uncertain levels has put derivatives traders in previously unchartered territory. In fact, Options volume over the past week matches the level of BTC Options volume from January 2019, with the same having grown threefold since June 2020. For Ethereum, however, DeFi’s boom and congestion on the network have had a major impact, following which, its own figures plummeted below $5M. 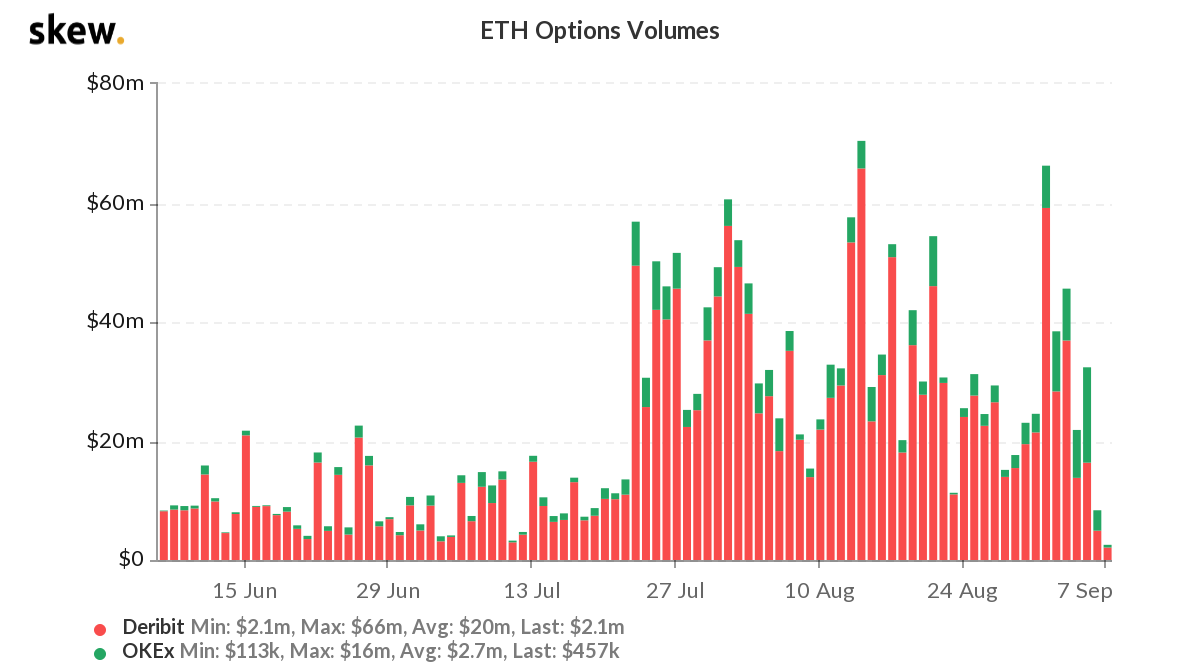 However, this drop may just be the first in a series of drops, if derivatives traders’ sentiment remains pessimistic. The Open Interest, at press time, was holding steady at $401M. In fact, Open Interest didn’t seem to correspond positively with the cryptocurrency’s price and it may continue slipping further, unless Options volume recovers from the slump of 69%, back at the $20M level. 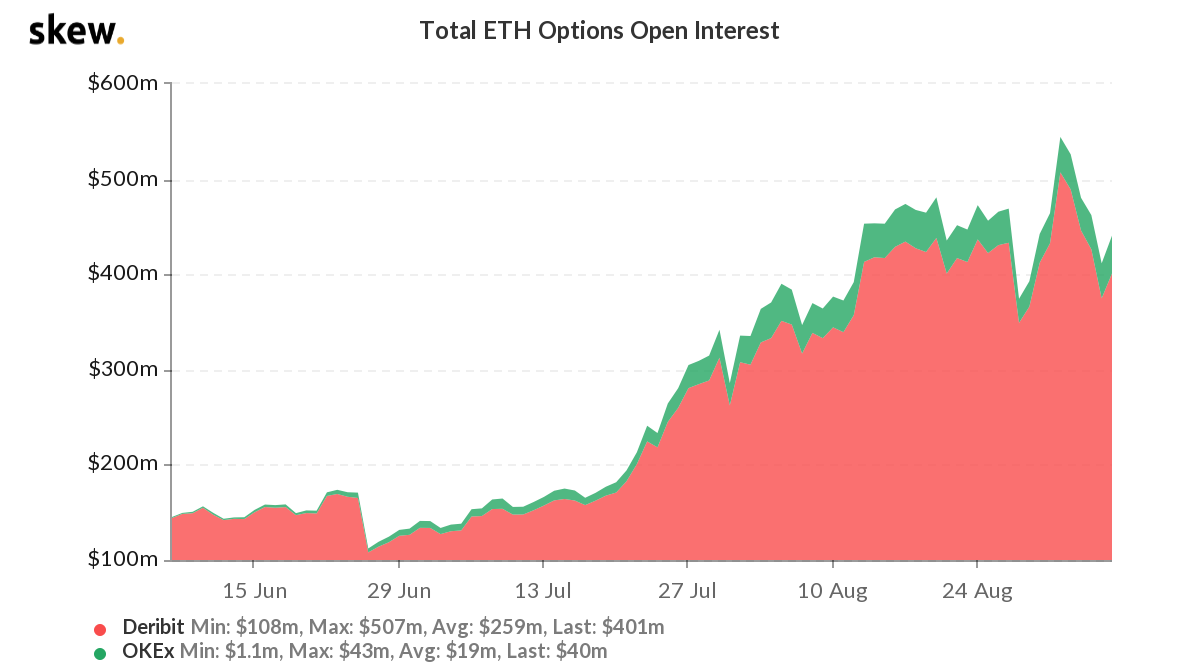 Further, the Open Interest hasn’t dropped with the increase in selling pressure. A higher number of traders are trying to book profits and shorts-funded longs have been common in the month-long Ethereum rally. Finally, the number of transitions on the network has changed proportionally too. 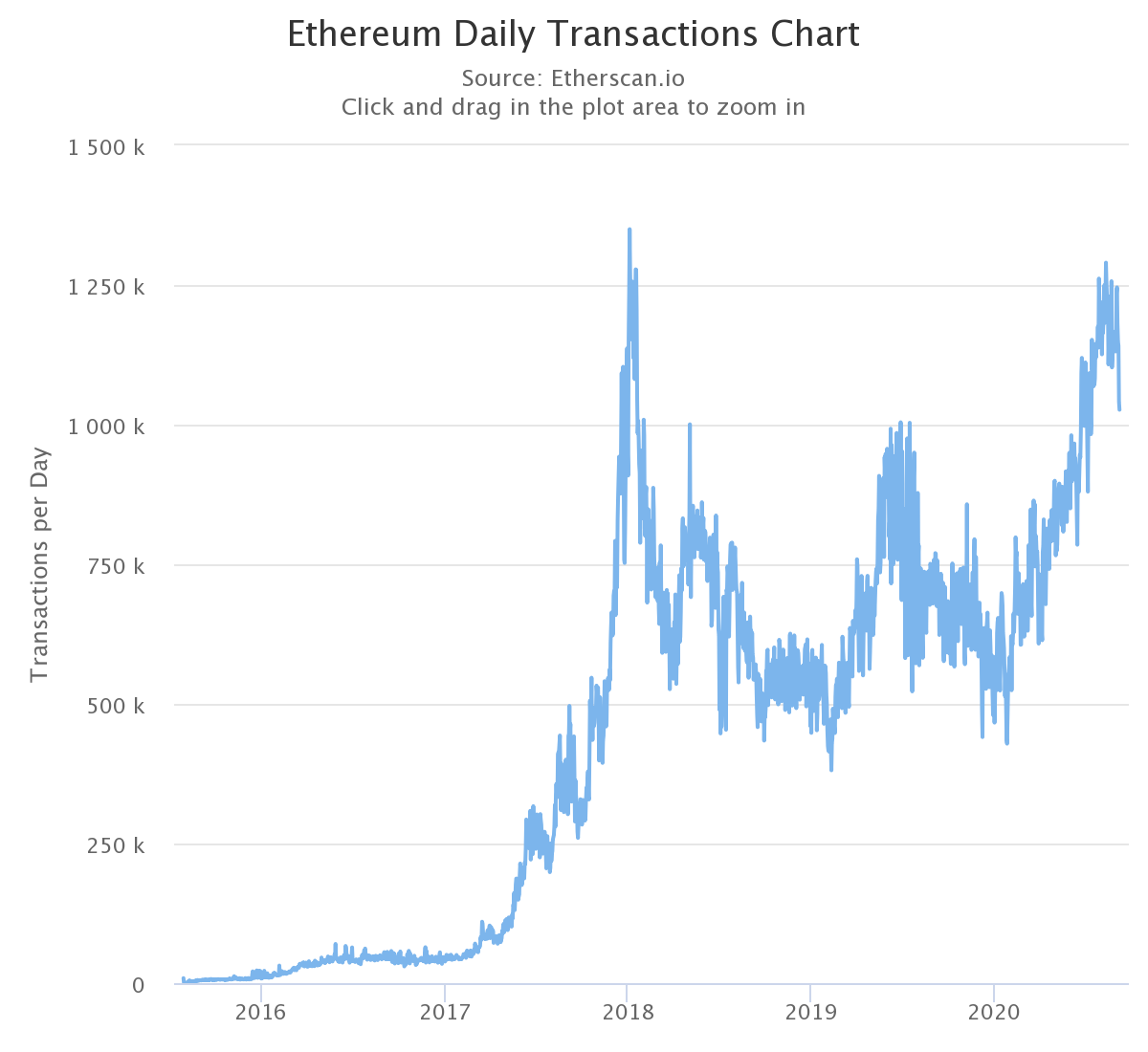 Oddly enough, a high number of transactions on the network does not guarantee an increase in prices. On the contrary, this may be a sign of increased selling activity by traders and positions being exited out of rapidly, for instance, swapping Ethereum for USDT or Bitcoin.

The latest volatility in the market can then be attributed to the aftermath of Sushiswap. The popular DeFi token’s creator exchanged his Sushiswap for Ethereum and its price dropped 60% in 24 hours. The token brought down DeFi’s market capitalization and interrupted Ethereum’s month-long rally, a development that was followed by a further dip in price.

DeFi’s boom had been driving Ethereum’s growth for the larger part of the past 90 days and a drop in DeFi market capitalization has a direct impact on Ethereum’s price on spot and derivatives exchanges. This drop may be followed closely by more as the DeFi ecosystem is in its early phases and there is enough hype surrounding it, enough to drive its price and market cap.