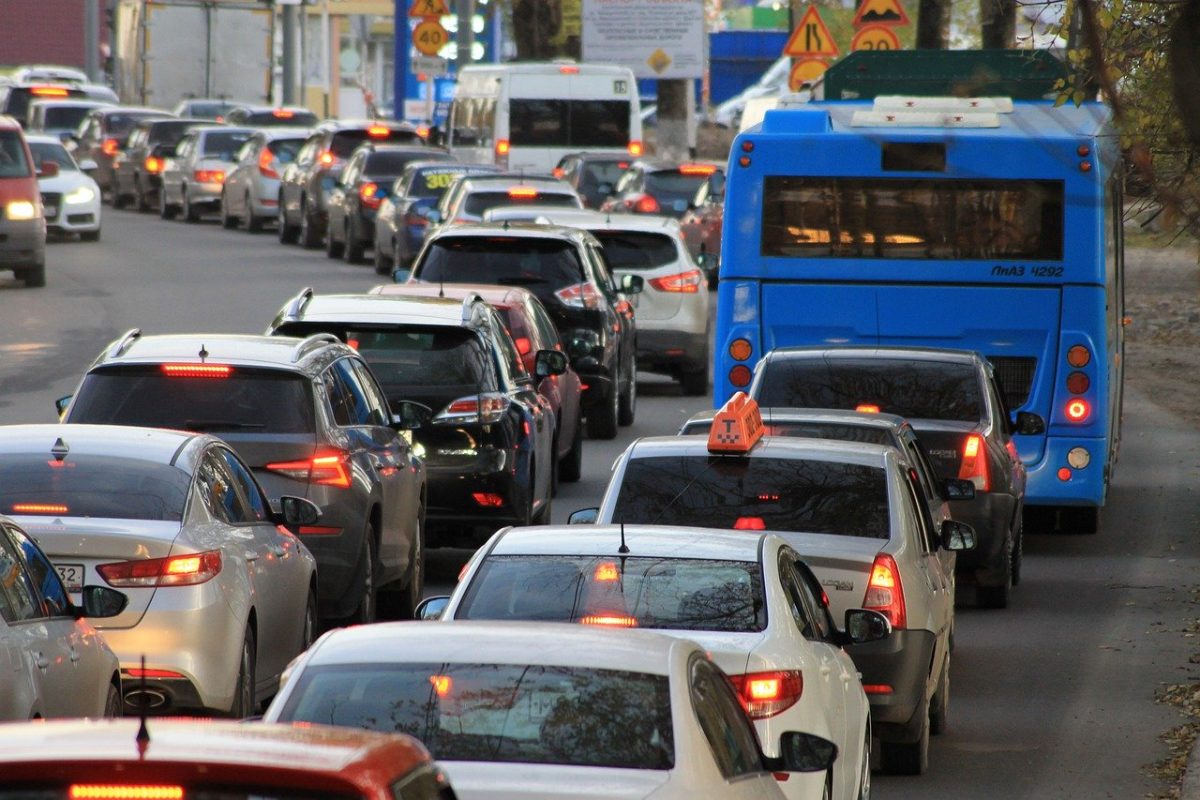 Ethereum‘s network has for long faced scalability issues that have all contributed to gas fees climbing to newer and greater heights. A recent example of this was observed when Uniswap, a decentralized trading platform, announced the launch of its governance token UNI on 17 September. 1 billion ERC-20 tokens will be released over the next four years, with the platform currently giving away 400 UNI to all platform users prior to 1 September.

However, as soon as the announcement went live, the Ethereum network was jammed in no time as the number of pending transactions on the network per minute spiked from 160,000 to a peak of 213,850 on 17 September, a development highlighted by data provider Etherscan. 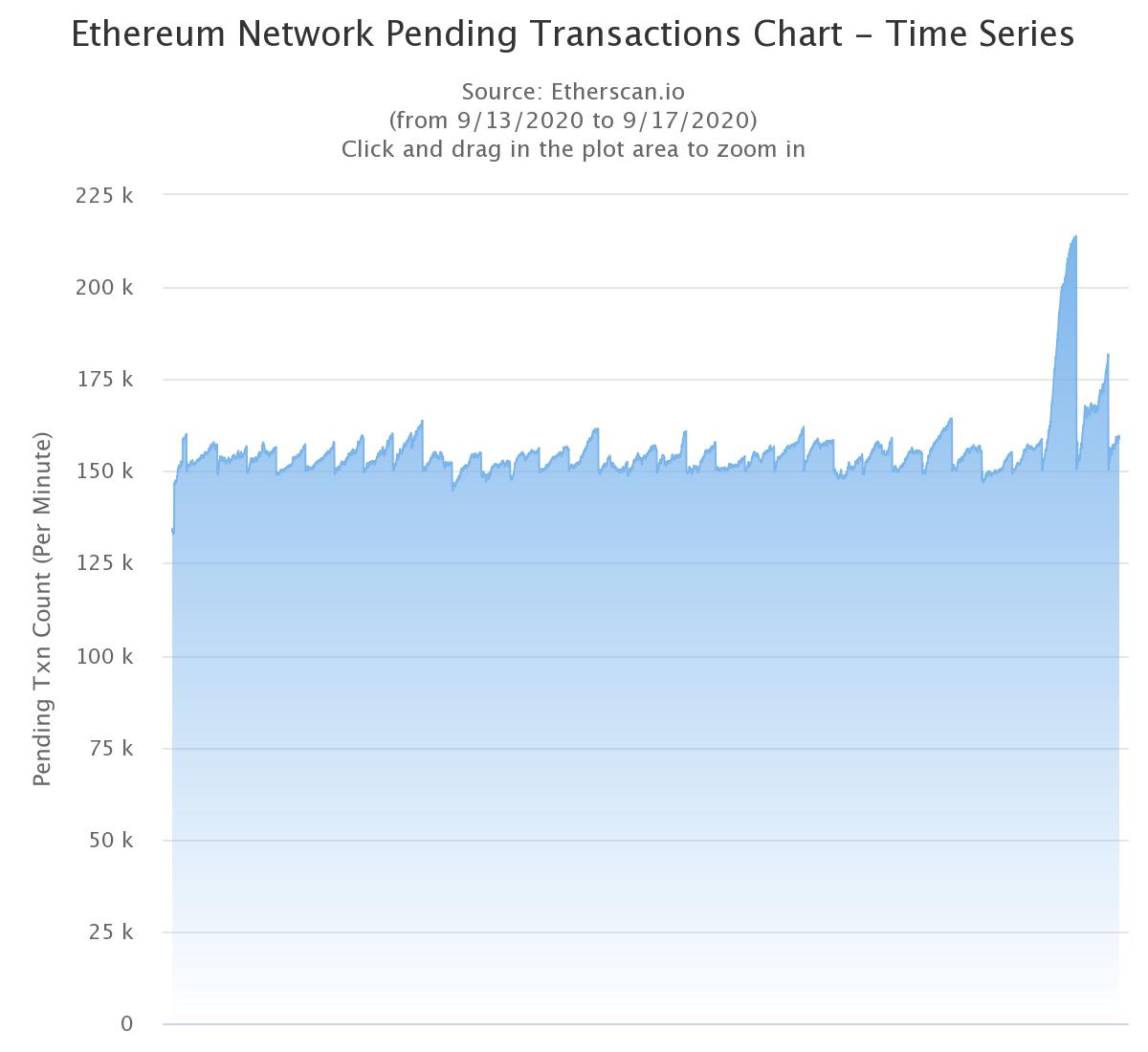 The attached chart revealed that another, smaller spike in pending transactions (177,368) followed soon after, with the figures for the same soon falling close to the regular levels observed before the aforementioned spike.

However, the development in question soon had a ripple effect, with the peak in pending transactions resulting in the gas price rising to a record level. According to data provided by Glassnode, the announcement of UNI tokens led to a massive surge in miner fees. The network saw more than $1 million being spent in fees within a single hour alone. 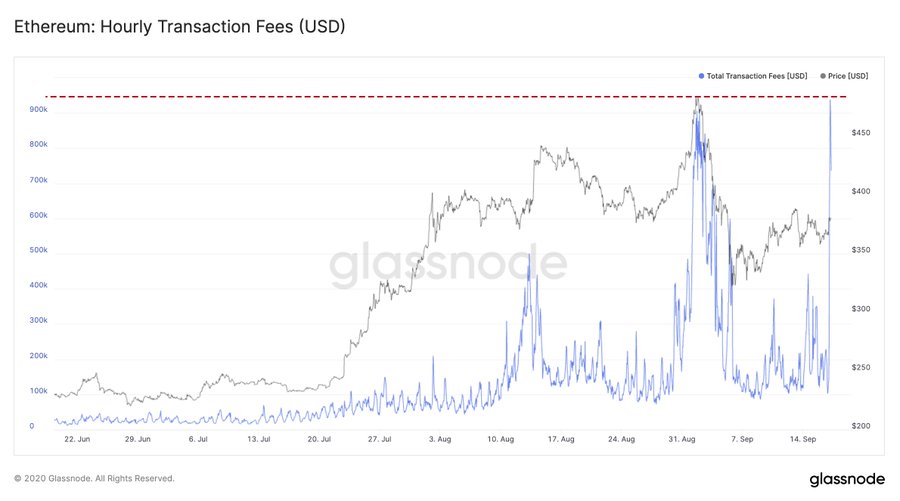 It should be noted, however, that this record was exclusive of the anomalous transaction that took place earlier this year.

The average gas fees on Ethereum had climbed to 700 Gwei, at the time of writing. This was in stark contrast to the fact that the average had come down to 152 Gwei on Wednesday, based on data provided by Etherscan.

As the network was seeing a record number of pending transactions and gas fees, Etherscan also witnessed great traffic on its site, a development that was eerily similar to the 2017-18 ICO mania. 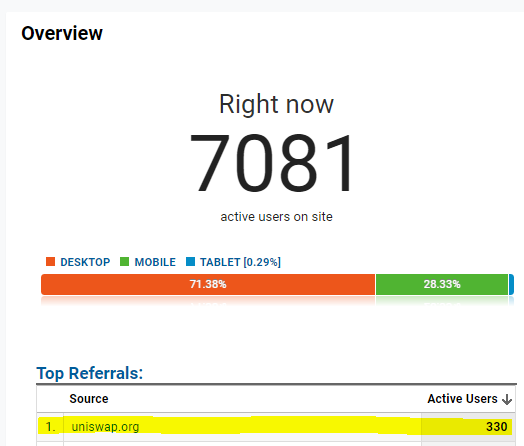 The CEO of Etherscan, Matthew Tan, soon congratulated Uniswap protocol for a successful launch and noted that it had used more than 115,034 ETH in Gas fees [$44.942 million], making it “one of the most successful dApps from a network utilization viewpoint.”