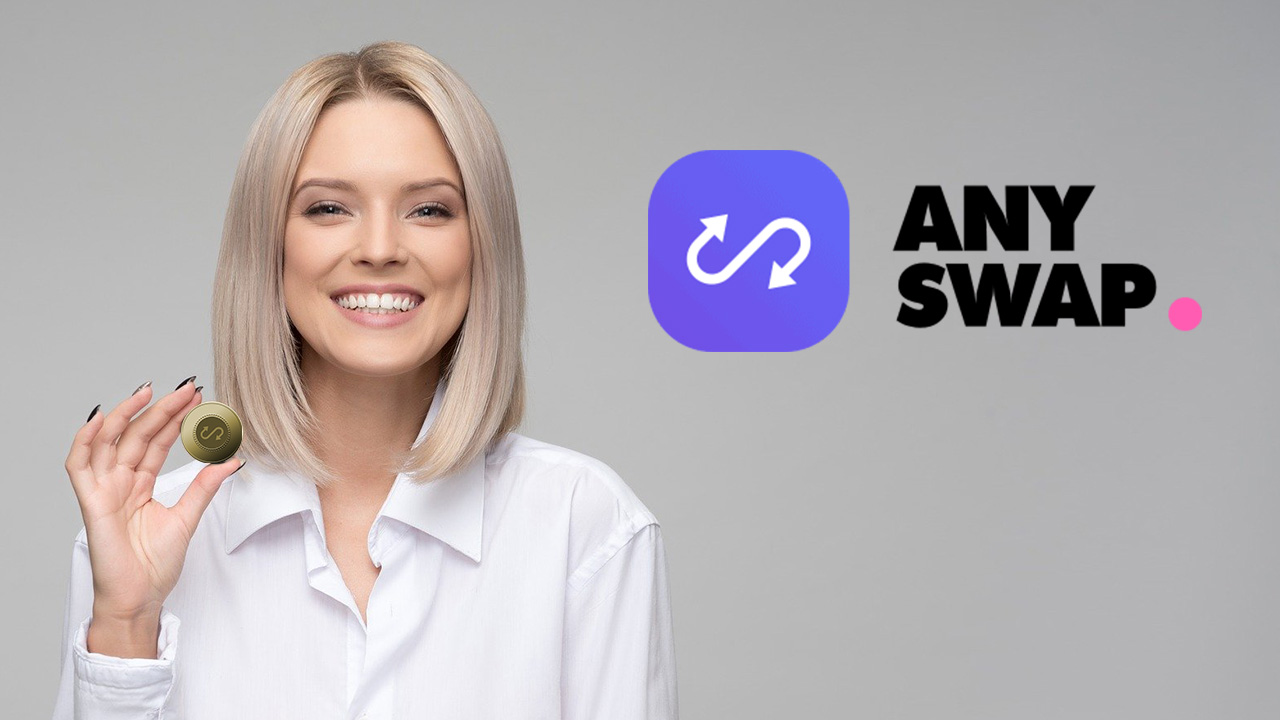 Anyswap is currently the only decentralized cross-chain swap protocol in the crypto industry. It is powered by Fusion’s DCRM technology to allow cross-chain swaps between different coins and tokens. ANY is the governance token of Anyswap, it was issued on the Fusion chain, and it will be used to reward Anyswap users and to allow ANY token holders to vote and participate in the development of the platform.

Anyswap is expected to become the industry standard when it comes to cross-chain DeFi. Fusion will launch many other DeFi features such as lending and borrowing combining the DCRM technology with other unique concepts such as Time-lock. ANY token is expected to be the center of these multi-Defi features platforms.

In this article, you’ll find out about the main use cases of ANY. I will provide ten good reasons to buy and hold ANY token as a long term investment:

1. Governance – Voting On Anyswap Listings And Other Important Proposals

The main purpose of creating ANY token is to allow Anyswap to be run by its community. ANY is a governance token, and the more tokens a user holds, the more power he has on voting for proposals of changing rules on the exchange.

The DCRM technology used by Anyswap makes it possible to integrate almost all the blockchains to Anyswap’s cross-chain solution. Therefore, holding ANY token allows users to participate and vote for their favorite cryptocurrencies to be added on Anyswap and interoperate with any other coins or tokens. This is especially useful for coins that want to benefit from Anyswap liquidity and partnerships.

2. ANY Locked In Liquidity Pools – ANY Pairs To Be Added Soon

Liquidity pools rely on liquidity providers staking their assets and providing liquidity for swap traders. In exchange, they earn rewards that come from trading fees and ANY liquidity rewards. To add liquidity to a pool, let’s say ANY/FSN, users must provide the same amount in USD value for both FSN and ANY.

Currently, the only available pool to provide liquidity and stake ANY token is the “ANY/FSN” pool. However, Anyswap started recently to add coins and tokens from other blockchains, USDT and ETH are already available and paired with FSN in liquidity pools, with future plans to be paired with ANY too. Many coins are planned to be added in the near future: Bitcoin (BTC), Litecoin (LTC), Ripple (XRP), Cardano (ADA).

Now, let’s picture the fact that each of these coins will be paired with ANY too. For each pool, huge amounts of ANY tokens will be needed to provide liquidity. This will lock a substantial number of ANY tokens in liquidity pools and, as a result, decrease the circulating supply of ANY.

Anyswap Working Nodes (AWN) will be voted by ANY token holders. Their main objective is to provide stable and secure cross-chain services. It is expected that each network added on Anyswap will need 11 dedicated AWN. Each Anyswap Working Node has to lock 15K ANY  to be able to run a node.

Let’s make a simple calculation, if we multiply the number of nodes and the number of tokens needed, the result is that around 165k ANY tokens will be needed to run each network (blockchain). If 50 blockchain are integrated on Anyswap, we’ll need 165K ANY locked for each blockchain, which means that 8.25M ANY will be locked (165K x 50).

Keeping in mind that Anyswap can support almost all the existing blockchains, the amount of ANY to be locked by Anyswap nodes will potentially be huge.

4. The Team and Shareholders Can Not Dump The Price

Team allocation has always been a major risk that a lot of cryptocurrency investors have to face. Many projects unlock team and shareholders tokens in a single moment. This situation most often leads to market manipulation and dumps of large amounts of tokens, driving the price down. We’ve recently seen a similar scenario with Sushiswap. After its listing on Binance, the token lost 90% of its value in less than 4 days.

Fortunately, the Anyswap team prevented that by implementing a gradual distribution system along with Fusion blocks, this distribution spans over 4 years (10 million FSN blocks). Team and Shareholders will receive 35% of the total supply (100 Million ANY) all over this period, therefore, they will not be able to dump a large number of tokens and cause a significant drop in ANY’s price.

This aspect is not directly correlated to ANY token price; however, it has to be mentioned since it’s extremely important when it comes to Anyswap’s adoption.

Transaction fees on Fusion blockchain are currently 50k times lower than Ethereum. As a result, many users are looking for alternatives to use DeFi products without having to pay ridiculously high fees. Fusion is planning to make Anyswap the platform where it will implement these various DeFi products. Anyswap will not be just a swap protocol, it will also allow lending, borrowing, etc.

The low transaction fees will be the main reason why people will choose Fusion as an alternative to Ethereum. This will bring more attention and adoption to Anyswap. ANY token will therefore have more use cases and more exposure. 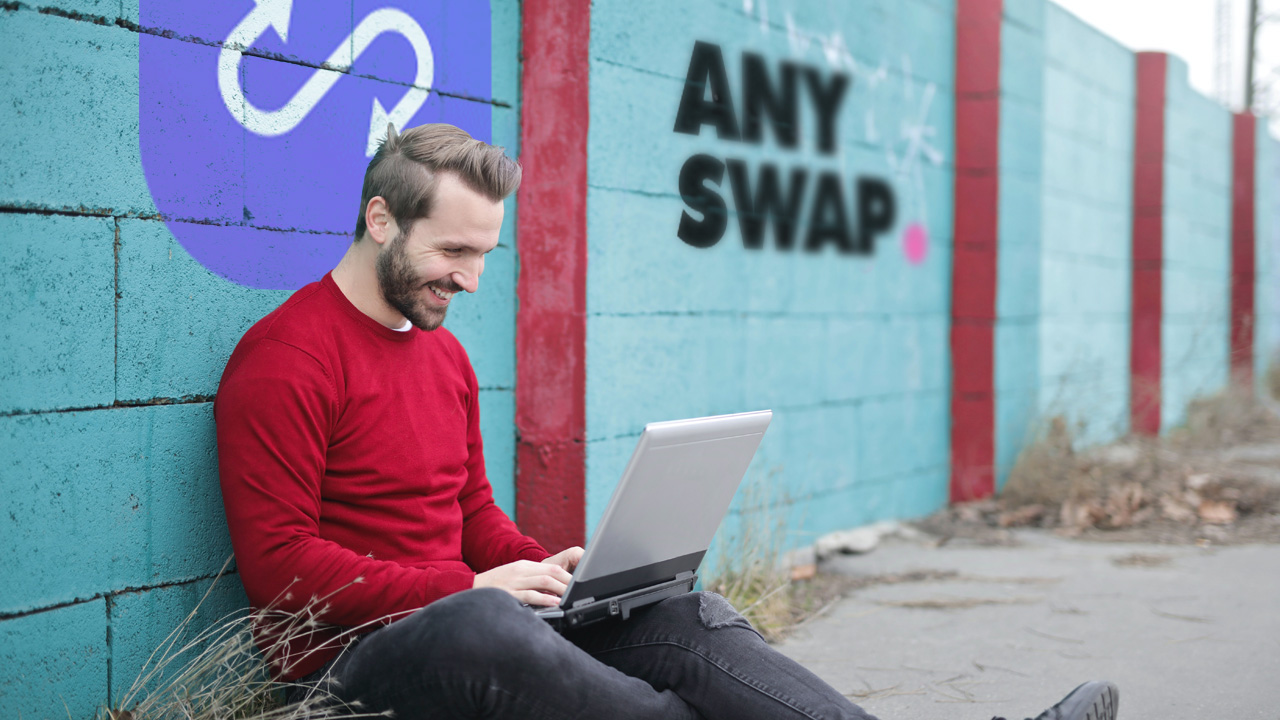 Fusion will launch another unique technology; it will be introduced on Anyswap in the upcoming weeks as a cross-chain router screen. The design will be similar to swapping, with a click of a button, you can move tokens from a blockchain to another. Initially, three networks will be supported by this feature: Fusion (FSN), Ethereum (ETH), and Binance Smart Chain (BSC).

Users will be able to immediately move minted tokens such as BTC on Fusion (FsnBTC) to Ethereum to become BTC on Ethereum (EthBTC). This revolutionary feature will attract many ETH and BSC users to Anyswap and Fusion since network fees are currently 50k times lower than Ethereum fees and 500 times lower than BSC fees. Also, this router will be the first direct bridge between BSC and Ethereum networks. An increasing number of users and adoption will only bring more awareness and demand for ANY.

In addition to its cross-chain bridge on Fusion blockchain, Anyswap has recently been deployed on the newly launched Binance Smart Chain. Users can access Bsc.Anyswap and start swapping BEP-20 tokens in a fully decentralized way using Fusion’s DCRM technology.

This solution allows to mint tokens from Fusion (FRC-20 tokens) and Ethereum (ERC-20 tokens) on Binance Smart Chain (BSC). Anyswap is the first multi-platform DEX to support BSC, it will also support Ethereum in the near future. Therefore, it will connect Fusion, Ethereum, and Binance Smart Chain through direct bridges, and allow customers to use all the products that are available on these three blockchains while paying low network fees using Fusion Blockchain. (50k times lower than Ethereum network fees, 500 times lower than BSC network fees).

8. The Maximum Supply Will Be Reached In Less Than 4 Years

As mentioned earlier, the total supply of ANY (100 Million tokens) will be reached after 10 Million FSN blocks (around 4 years from now). By then, Anyswap will very likely be an established cross-chain product within the industry, allowing almost all the coins and tokens out there to be instantly swapped or moved from a blockchain to another using the router screen. Also, since Fusion blockchain offers unique and advanced DeFi solutions, no matter which type of products or dApps will be trending in the upcoming years, Fusion blockchain will be compatible to implement them on its network and add them as a feature on Anyswap.

Therefore, once the total supply of ANY will be in circulation. The value of ANY token is expected to increase significantly since more and more tokens will be locked in various features, and no more tokens are added into circulation. With an increasing demand for the token, comes a logical increase in price.

The specificity of Anyswap is that it is built on Fusion blockchain. For those who don’t know it, Fusion is an infrastructure blockchain specifically designed for DeFi and interoperability, and Anyswap will benefit from the various features it offers. In addition to the DCRM technology used as a cross-chain solution, Fusion’s time-lock feature can be used to add any DeFi feature to the exchange.

DJ Qian, CEO, and founder of the Fusion foundation has recently announced Anyswap’s future plans to add loans and cross-chain lending features. This will bring more users and more liquidity to Anyswap, and definitely, more value for ANY token.

10. Plans For Burning Tokens In The Future

Burning tokens has always been an efficient way to increase the value of a token. Deflationary coins or tokens are always attractive, especially if they are powering a great project and have many use cases like it is the case of ANY token. No official burning program has been decided yet, but it seems it will be included among the future plans of the project.

11. ANY Is Ridiculously Undervalued Currently! 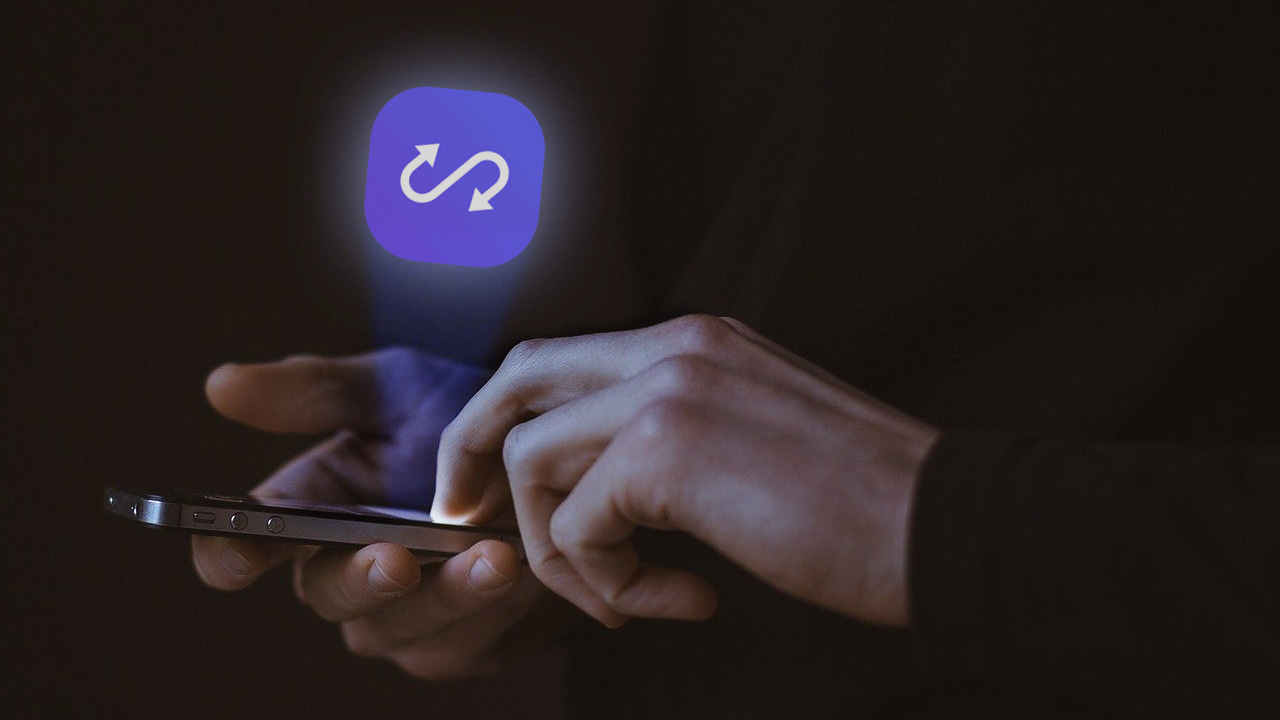 A quick overview of similar swap protocols that are already in the market gives a clear idea about how much ANY token is undervalued. We will compare Anyswap (ANY) to similar projects that have governance tokens such as Sushiswap (SUSHI) and Trustswap (SWAP). Before mentioning any numbers, I must clarify that Anyswap is the only functional cross-chain swap protocol out of the three.

ANY has currently a market cap of $ 7 Million, while competitors like SUSHI and SWAP have respectively market caps of $ 269 Million (39 times higher than ANY), $54 Million (8 times higher than ANY). Keeping that in mind, out of the three, Anyswap is the most advanced project and the most suitable to implement various DeFi tools leveraging Fusion’s technology, it is obvious that ANY token is ridiculously undervalued, and the current price is an excellent entry point for investors.

Even before the launch of Anyswap, Fusion foundation carefully researched the crypto market and considered previous experiences to come up with convenient token economics for the long term. The gradual distribution of the token will avoid any misbehavior from team members, and reaching the maximum supply after 4 years only will increase the demand for ANY once all the tokens will be circulating.

Another important objective that Fusion and Anyswap teams are working hard to achieve is to lock the maximum amount of ANY within Anyswap features powered by Fusion technology. Therefore, substantial amounts of ANY will be locked in ANY liquidity pools, cross-chain nodes (AWN), cross-chain lending features, etc.

Finally, using ANY for governance will continuously keep the demand for the token. Users will be able to vote on listing new coins and tokens. Proposals for the future development of Anyswap will also be voted by ANY holders.

For all these reasons, the demand for the token is expected to increase over time with more use cases and tokens locked on various Anyswap features, which will definitely have a positive impact on ANY token price.