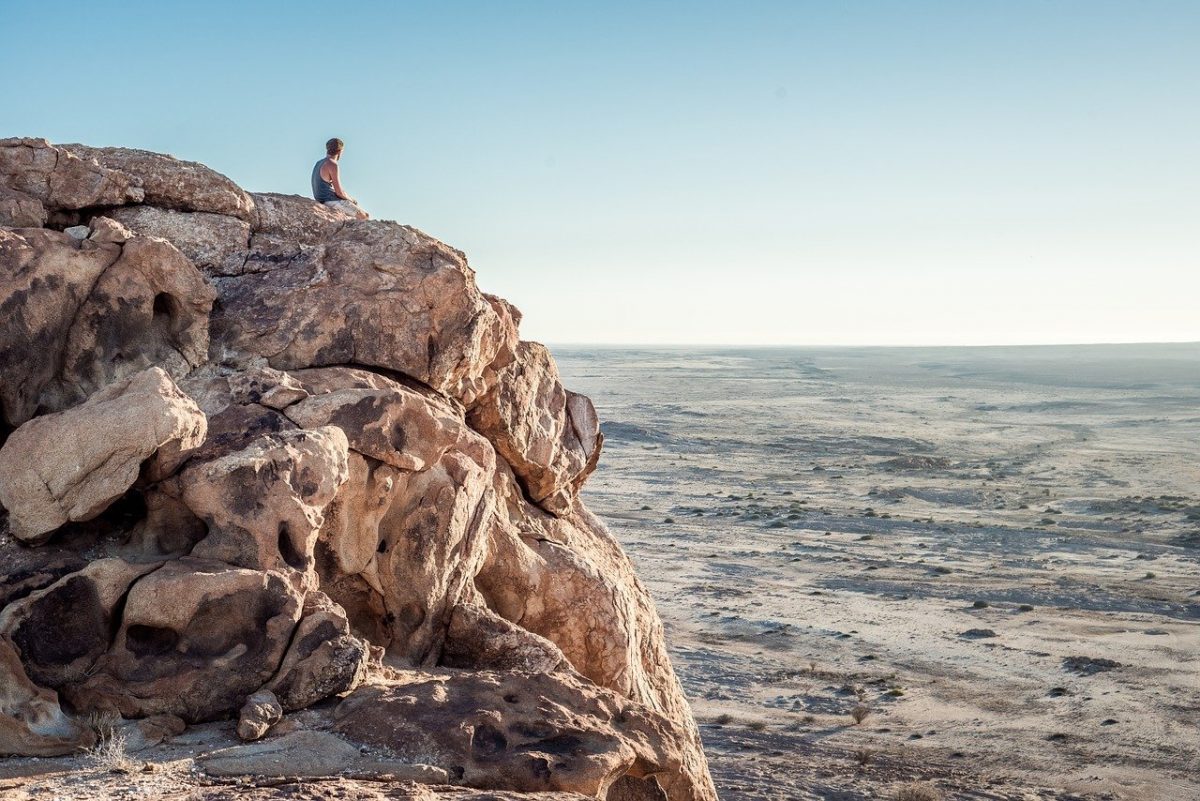 Tron rose above a descending trendline on its charts, but it would need to register further gains before the bulls can wrest control of the market from the bears. Cosmos was retracing its recent gains and appeared to be headed towards the $5-level once more. Finally, Crypto.com Coin could not find significant buyers after registering huge losses in a short period of time. 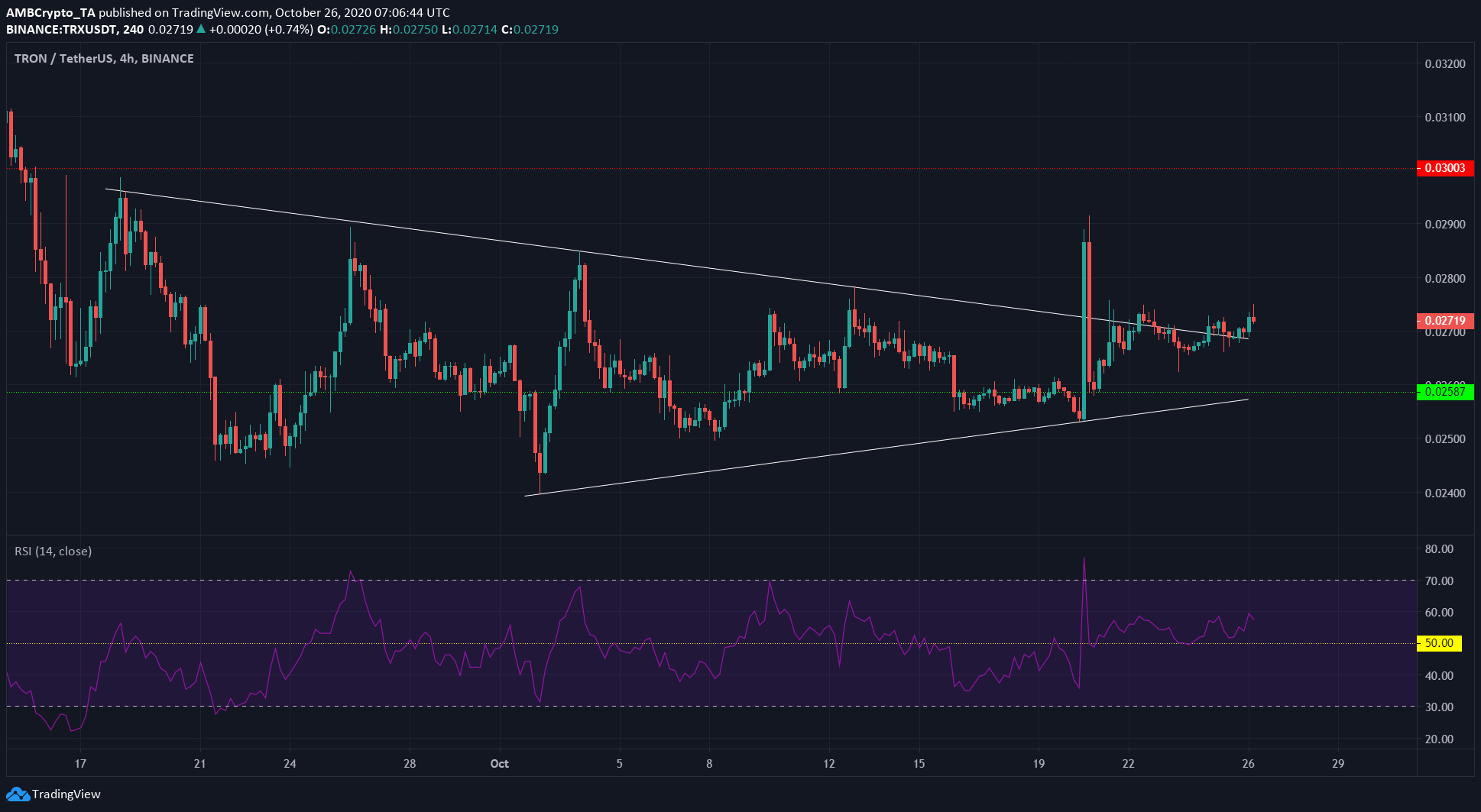 Tron formed a symmetrical triangle (white), a continuation pattern that generally sees the price follow its previous trend. And yet, TRX went the opposite way and feebly broke out of the said pattern.

The RSI also pointed to a weak bullish bias over the last few days. Its price oscillated around the $0.025-support level, before finally closing above the descending trendline.

That, by itself, was not a signal of a trend reversal. However, this could see TRX move towards $0.029 in the coming days. A close above $0.029 would spark further short-term bullishness.

Further, the longer-term trend remained bearish, and the $0.03-level would have to be flipped to support before an uptrend can be considered to be in progress. 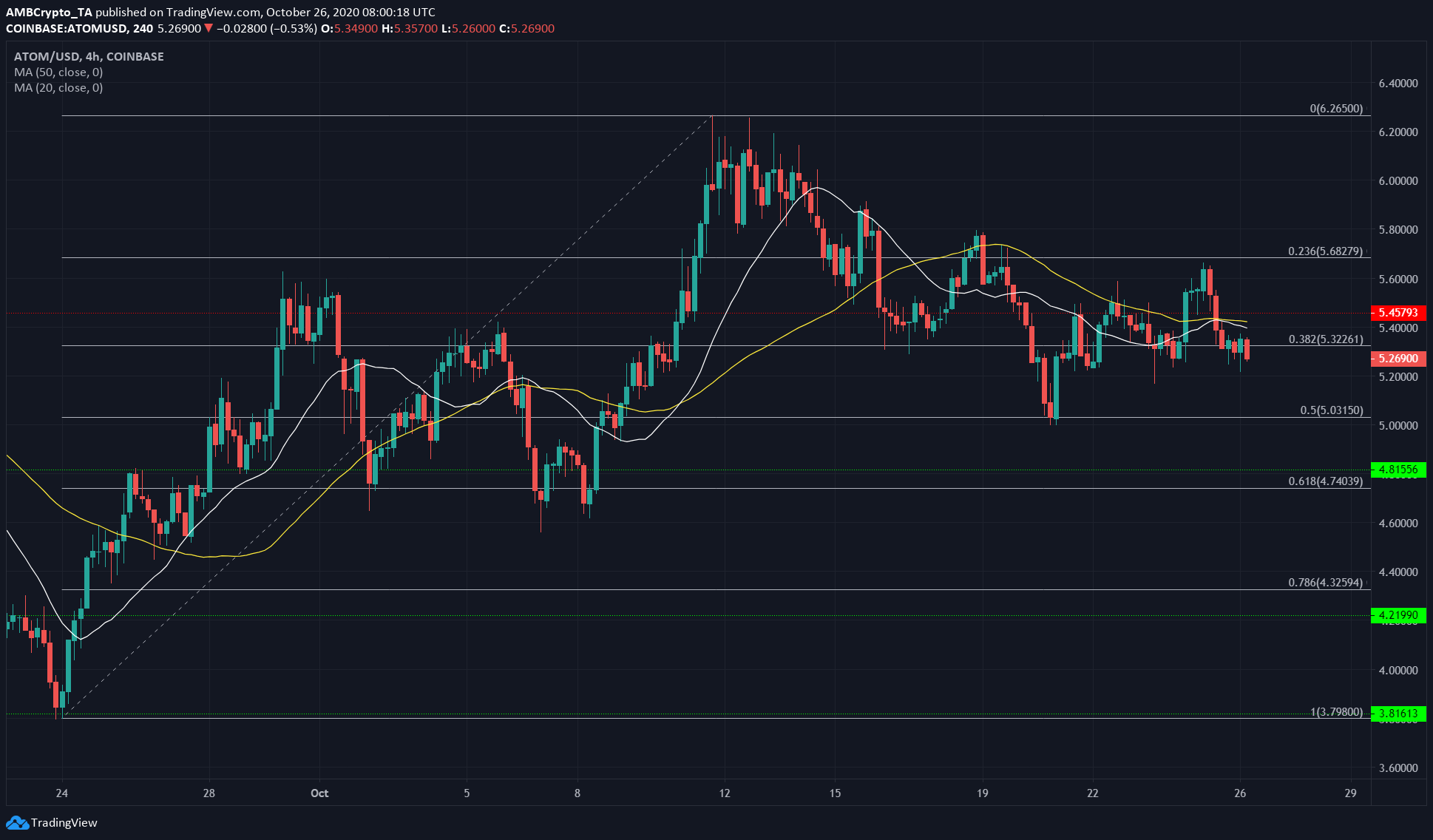 ATOM appeared to be moving downwards, based both on the lower highs it registered, as well as the moving averages. The 20 SMA (white) was moving under the 50 SMA (yellow).

Another close beneath the 38.2% retracement level could see ATOM visit $5 once more. 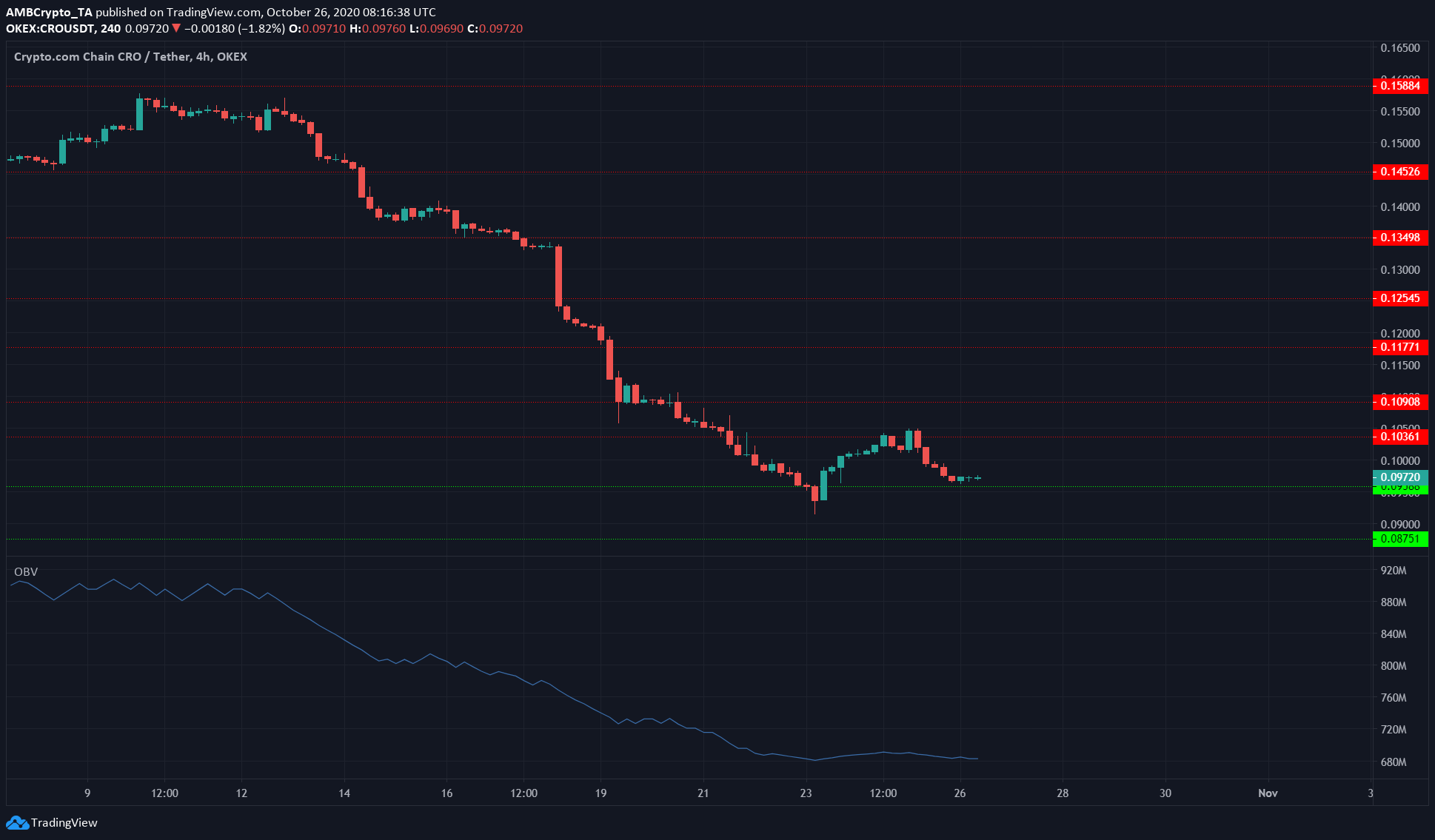 CRO shed 40% of its value in six days and found support at $0.095, before managing to bounce towards the next level at $0.103, before dropping once more.

The OBV noted no notable spike in buying volume, even after the crypto-asset depreciated so quickly, suggesting buyers did not consider the asset oversold yet. Hence, the possibility of another selling wave was present.

CRO could be set to register further losses, a possibility reinforced by its rejection at the $0.103-level. It must also be considered that several other exchange tokens are losing value as well, such as OKB.