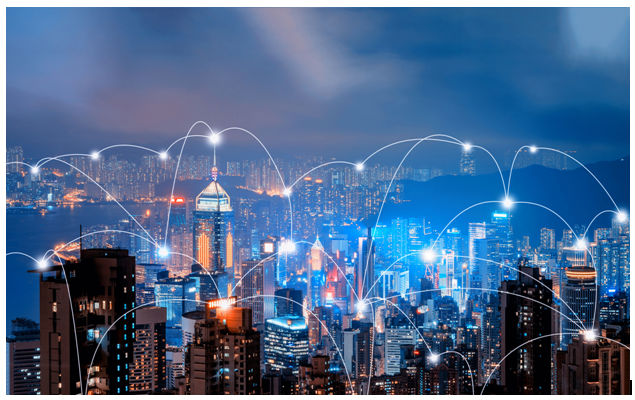 The Internet of Things or IoT, industry is unquestionably playing a vital role in the commercialization of innovations now and for years to come. And the interconnectivity between IoT and other emerging technologies will unlock a vast amount of value for consumers and enterprise businesses alike. But how big is this market today and at what rate is it growing?

Bain & Company conducted a survey that predicts the IoT market to grow from $235 billion in 2017 to $520 billion in 2021, while the IDC forecasts that worldwide IoT spending will reach $1.2 trillion in 2022. Needless to say, most industry experts are expecting to see double-digit year-over-year growth in the IoT industry over the next decade.

A recent KPMG survey predicts that IoT technology will drive the greatest business transformation of any technology over the next three years. But what will be the driving force that will maximize IoT’s potential for years to come thereafter? Many are placing their bets on the blockchain.

Blockchain and IoT: A combination based on Trust and Security

Let us define the Internet of Things as Wikipedia does, “IoT is the extension of Internet connectivity into physical devices and everyday objects.” Many experts see consumer applications of IoT as the catalyst for industry growth. And with the proliferation of smart appliances, smart homes, smart cars, and health wearables, we can expect to continue seeing the trend of living an ever-connected life for generations to come. A July report by Microsoft predicts that 94% of major businesses will use IoT by 2022. However, of the surveyed companies in this report, 97% are concerned about IoT security. This is where blockchain can step in and alleviate these concerns.

Blockchain carries many advantages in the context of IoT devices and networks. For one, a blockchain’s decentralized network can enable faster and safer authentication of IoT devices.

By combining IoT and blockchain, we can solve the main issues with centralized authentication systems that are susceptible to data manipulation and hacking. If a hacker compromises IoT device control, they may be able to impersonate different devices as well as an authorized IoT admin to perform harmful activities. On the other hand, a decentralized authentication system uses multiple confirmations and random verification codes, proving to be resilient against DDoS attacks while allowing devices to communicate with one another on a peer-to-peer basis.

In addition, smart contracts are a powerful asset in IoT networks. Smart contracts allow devices to function autonomously and securely while operating within specific rules determined in a particular smart contract agreement. Given that IoT enables millions of micro-transactions to take place at the right time, their security is imperative.

Beyond security and automation gains, blockchain can assist with IoT identity and discovery, facilitate micro-transactions and even help establish proof of payment among IoT devices. The union between IoT and blockchain will only continue to strengthen as IoT proliferates.

While there are a number of IoT-focused blockchain companies, such as IOTA, VeChain, and IoTeX, vying to exploit the benefits unlocked with the convergence of the two technologies, perhaps none is more unique than Quras.

Upon the launch of their mainnet in Q4, Quras is primed to play a meaningful role as a protocol built for enterprise and consumer adoption thanks to its ‘best of both worlds’ blockchain framework.

In the context of IoT’s union with blockchain, Quras should make a significant impact. For one and perhaps most importantly, the Quras blockchain will be used to sign an agreement [smart contract] between users and their IoT devices, so these devices will always be generating trustworthy, secure data. In addition, Quras will keep users of IoT devices anonymous through zero-knowledge encryption and other anonymity properties, which are a top priority for Quras.

The Quras blockchain can be used in a wide variety of IoT applications while being at the forefront of data privacy, performance improvements, and cost reductions. From enabling the infrastructure of Smart Cities – ranging from smart logistics solutions to building security – to keeping data and IoT devices secure in the medical device industry, the benefits that Quras brings the IoT industry are plentiful.

Many major companies are already testing blockchain-enabled IoT solutions to gain scaled security, cost savings, operating efficiencies, and decentralized trust. A few of the companies that have already started working on blockchain IoT projects include the likes of Fujitsu, Volkswagen, Hyundai, Bosch, and Den Norske Bank to name just a few in the public eye.

Most industry insiders have a positive long-term outlook on the IoT and blockchain market, yet many can be heard saying that we’re really in the infancy stages of what’s possible when leveraging both technologies at the same time. When combined, IoT and blockchain will give companies a chance to flourish by effortlessly using and securing information.

“IoT is all about people gaining value in their daily lives by living more and more connected life. That’s why I think it’s so important to have the right level of privacy and security in place while an endless amount of data will pass through IoT devices for the decades to come.”

One thing is for certain, trust in the technologies and devices we use is paramount in the age of perennial connectivity.

CURATE: Bringing Fashion and DApps under the same ecosystem