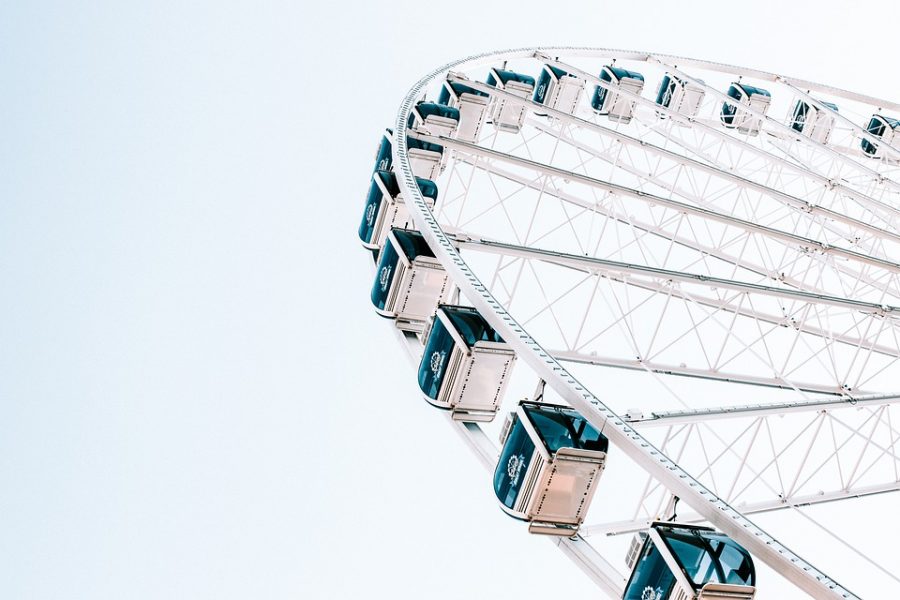 Tether [USDT] has been in the news lately owing to the various developments in its ecosystem. The stablecoin recently moved from Bitcoin’s OMNI layer onto the Ethereum network. More recently, Tether launched a stablecoin pegged to the Chinese yuan called CNHT, which will operate on the Ethereum blockchain.

Tether’s migration from Bitcoin’s OMNI to the Ethereum network seems to have benefitted Vitalik Buterin’s Ethereum. The second-largest coin by market cap, ETH is on the brink of surpassing BTC in terms of daily transaction fees. As per Coin Metrics’ report, Bitcoin’s daily transaction fee was at $185,993, while ETH’s was at $182,899, as of 15 September 2019. Similar trends have been seen throughout 2019. However, the reason behind this time’s trend seems to be Tether’s migration. The transaction fees quite often encapsulate real network demand and usage. 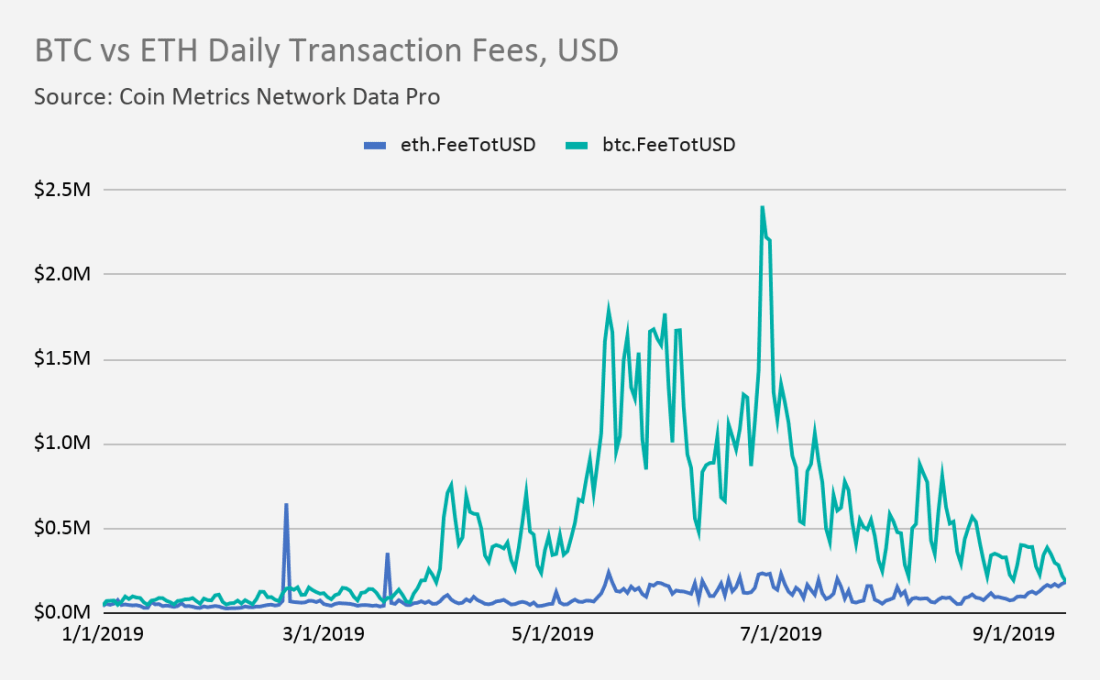 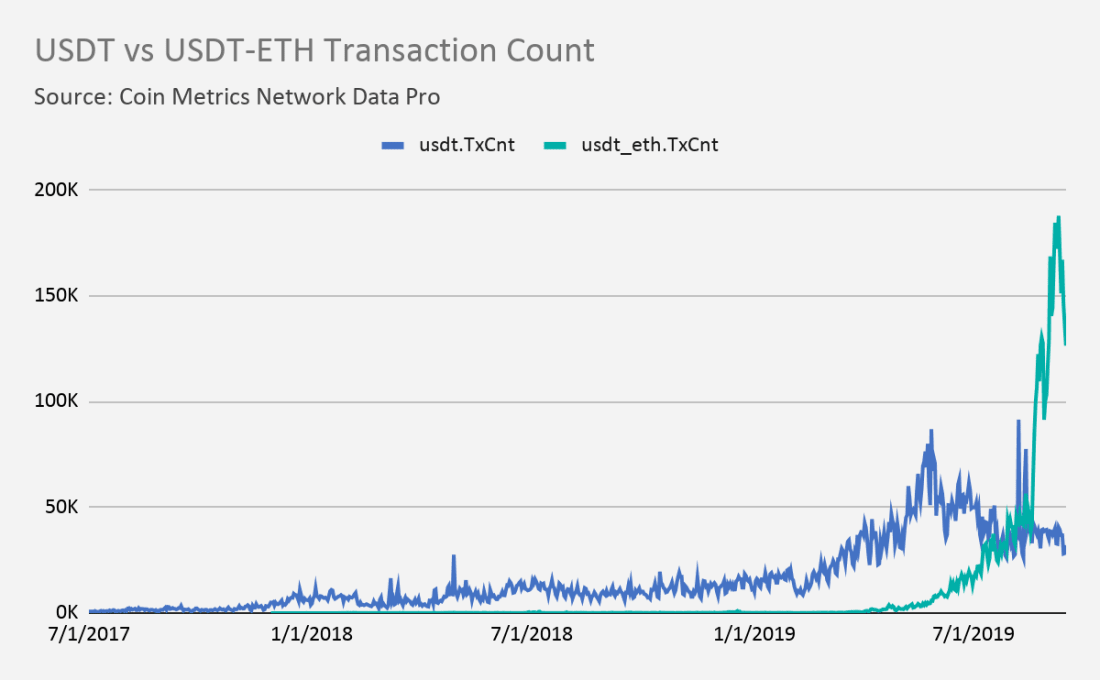 Since mid-August, USDT-ETH has been constituting about 10% of the total Ethereum transactions and on 8 September, 25% of Ethereum’s transactions were from the Ethereum version of Tether. 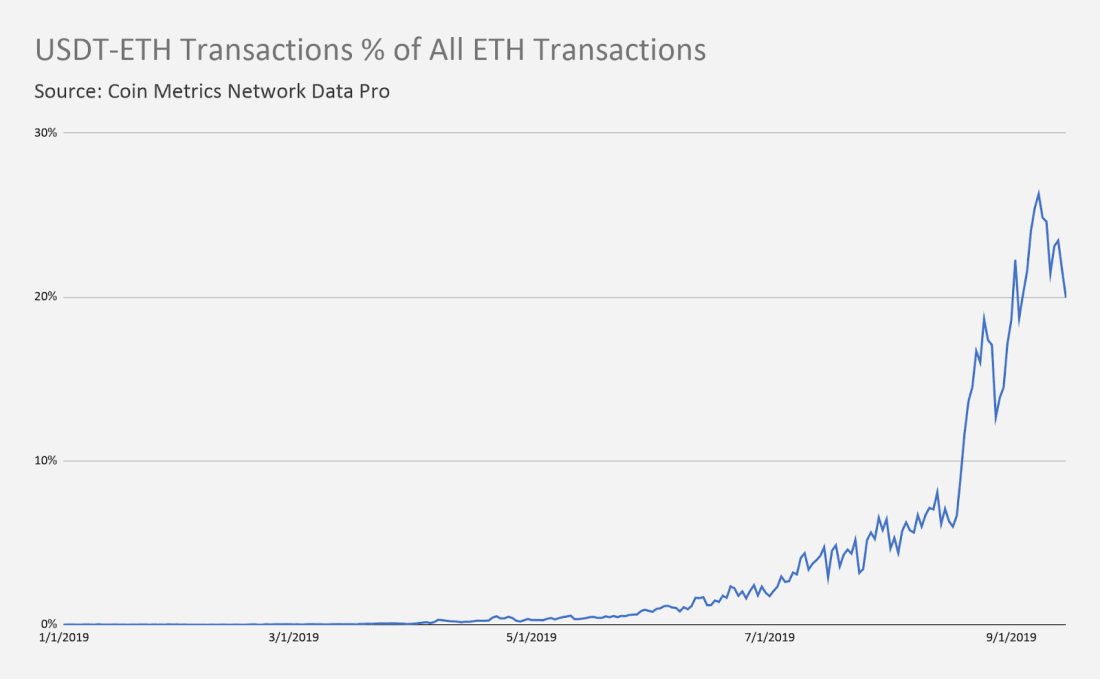 Additionally, factors like daily adjusted transfer value and daily gas usage were also seen to be soaring up due to USDT-ETH as both reached their respective all-time highs. The report also revealed that over the last 30 days, Tether was the biggest gas spender out of all the other Ethereum contracts. 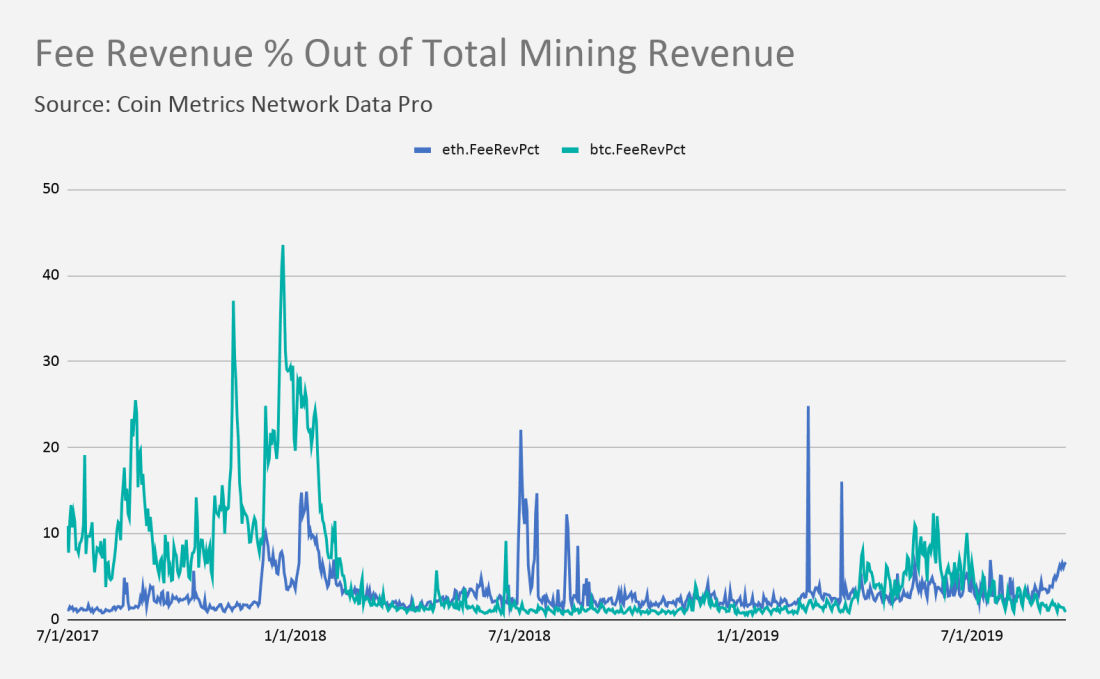