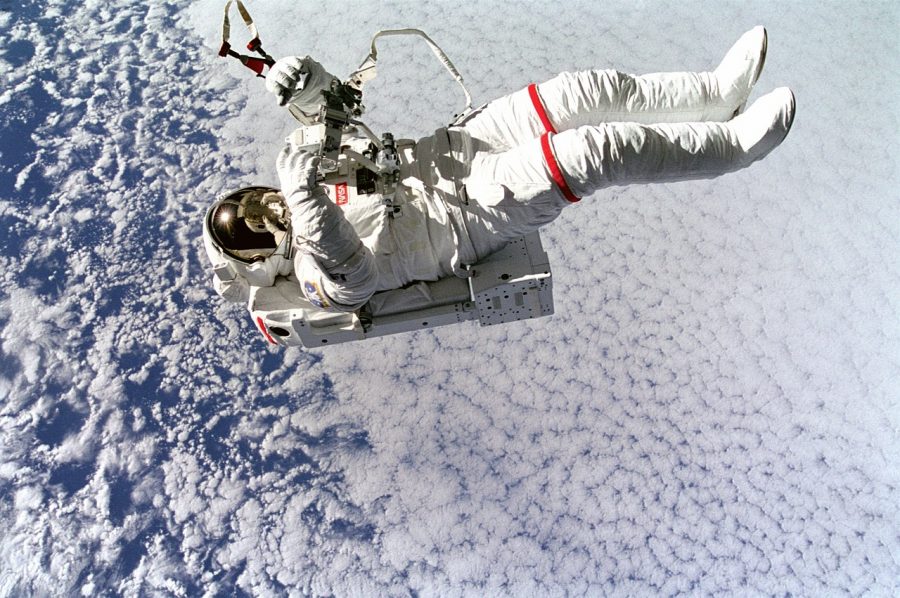 Bitcoin’s loss of 17.16% in its price within the past two days shook the entire market, however, along with the dropping crypto market, the stock market too took a huge dip. As most crypto users viewed this as another opportunity to buy the digital gold, many were distracted with Tether Treasury minting 60 million USDT.

According to the live tracker of large crypto transactions, Whale Alert, Tether treasury minted about 60 million USDT on 9 March at 12:33 UTC on Ethereum blockchain. The following are transaction details: 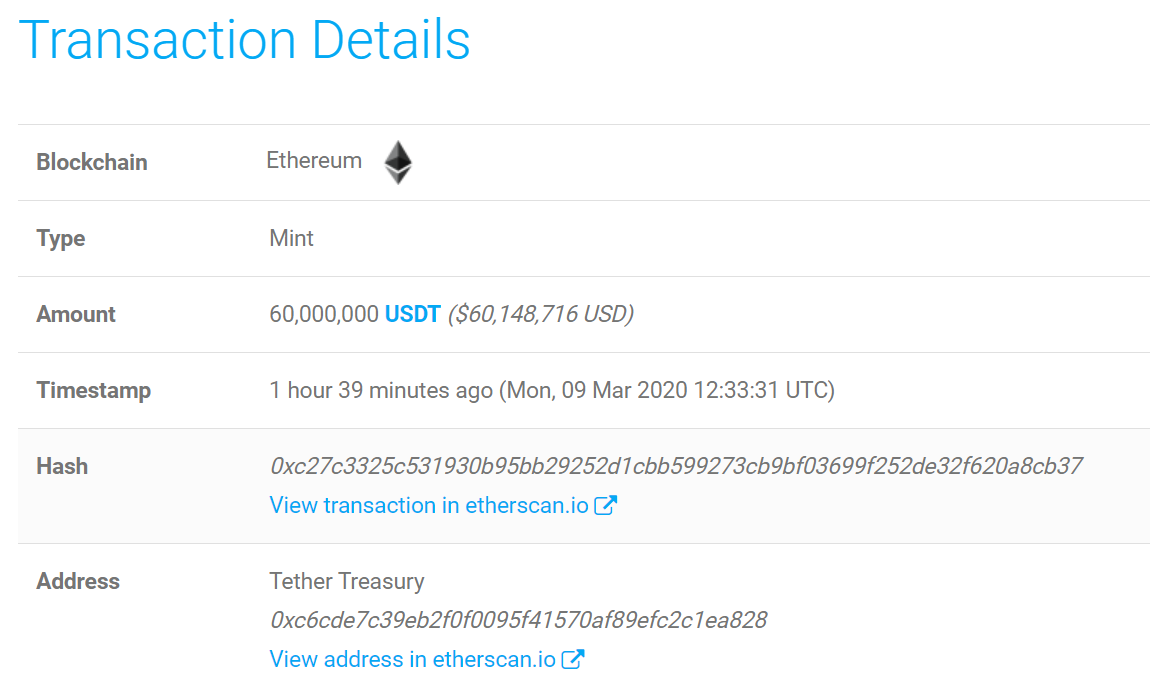 Before anyone could jump the gun, Paolo Ardoino the Chief Technology Officer [CTO] of Bitfinex and Tether stated that it was an “inventory replenish.” The CTO in a comment noted:

“PSA: Inventory replenish.
Note this is a authorized but not issued transaction, meaning that this amount will be used as inventory for next period issuance requests.”

However, the crypto community could not let this go unnoticed and were prompt to comment on the matter:

“just in time. like other times. tether papa save #btc one more time until die tryin’”

Whereas another Twitter user compared the collapsing price of Bitcoin to the financial crisis of 2008 and said that this was “Crypto’s version of Fed bailout” and added, “Wait for it.”

Following the minting of 60 million USDT, 35 million USDT was transferred from Tether treasury to probably its exchange wallet for re-distribution to other exchanges like Binance, Huobi, and OKEx.

Despite the minting, BTC was valued at $7,736.12, at press time, with prominent red candles in the picture.

When asked for a comment on the matter, a Bitfinex representative highlighted the difference between an issued transaction and an authorized transaction in a reiteration of what CTO Ardoino had said. The statement, in reference to Tether’s transparency page, said,

“Authorized tethers are tokens that are created on a blockchain and available for distribution to the public…. Once created/authorized, those tokens are available for sale to third parties, but until then, they sit in Tether’s treasury as authorized but not issued. Crucially, they are not counted in the market cap of tethers at this time, as they have not been released into the digital ecosystem.”

“By contrast, issued tethers are tokens that are in actual circulation, i.e., they have been sold to customers by Tether and are thereafter fully backed by Tether’s reserves until redeemed. They are included in the market cap of tethers. As tokens are issued, the stock of authorized but not issued tokens is depleted, and this authorized stock is replenished through the authorization of new tokens based on market demand.”

Bitcoin: Risk-asset more than a safe-asset?