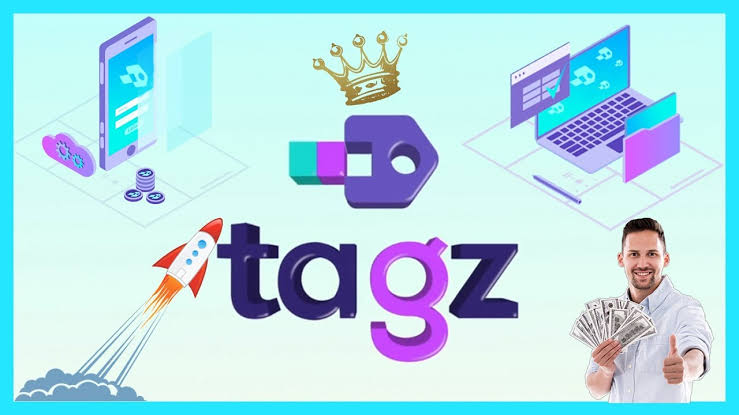 With the year almost ending, it’s not just the popular exchanges like Binance that have made a mark in 2019, but the relatively new ones as well. An Australian cryptocurrency exchange, launched earlier this year, seems to be leading the crypto-trading exchange game as it topped the charts on CoinMarketCap in terms of reported volume and adjusted volume, taking over the likes of Binance and Coinbase.

Interestingly, TAGZ exchange took down BitMEX, the biggest Bitcoin derivatives market, in terms of past 24-hours volume by reporting a volume of over $3 billion, and BitMEX standing in the second position with a volume of over $1 billion, taking the crown of the best cryptocurrency exchange in the market from the leads.

The largest cryptocurrency exchange has also secured the top position in terms of volume in the past seven days, recording a whopping volume of over $18 billion, claiming victory over BitMEX once again. With more than 465k users, the exchange has managed to maintain the top position for ten straight days now.

TAGZ’s rise to the top might come across unexpected to many in the cryptocurrency market and could question the legitimacy of the numbers, considering CMC’s history with listing exchanges accused of wash trading. On this matter, Bryan Seiler, the CEO of the exchange said,

“It is true that many unregulated and unlicensed exchanges are known to fake volume with the sole ambition to create an illusion of more active users and trading activity. TAGZ, however, is a 100% licensed and regulated exchange where we need to report back to AUSTRAC in line with government legislation.”

“We cannot fake volume and one of the tell-tale signs of things to look for in a reputable exchange that isn’t faking numbers is to look at the liquidity offered by the exchange, i.e. order book depth. TAGZ has this in spades with millions of dollars in liquidity among all our listed assets.”

The reason for its gaining momentum in volume is owed to its zero trading fees with its liquidity pool adding on to the benefits provided on the platform, in turn, drawing in the attention of crypto traders from across the globe. While the crypto exchange does not charge trading fees unlike its competitors, the exchange does have a slightly higher withdrawal fee, however, the current largest exchange ensures instant withdrawals without manual approval.

TAGZ has also garnered attention overtime for its user interface, noted to be easy to operate, along with its top-notch UI/ UX. Along with this, the cryptocurrency exchange aims to become the world’s biggest altcoin hub and has is always swift with listing tokens on traders’ demand.

While TAGZ has seen tremendous growth within a short amount of time, the exchange has also been drawing negative attention in the space. There have been several people on social media platforms that have accused the Australian cryptocurrency exchange of being a scam. The main reasons that have been highlighted so far are the TAGZ CEO’s association with the Fitrova project, and accusations of the exchange being involved in malpractice concerning the handling customer’s funds.

While the CEO of TAGZ, Bryan Seiler, has cleared out the air with regard to the former matter, the latter has been proven false by the exchange. Moreover, upon closer look into some of the social media handles of those accusing the exchange of being a scam, it is evident that the account belongs to bad actors, considering that these very accounts were promoting “giveaway” events.

“Comments like those above accusing us of ‘lost or stolen funds’ has already been proved to be #FALSE and #FakeTweet like these are Disgusting to say the least.”

Moreover, TAGZ ticks all the boxes when it comes to the legal side and has all the registration and licensing that is required by ASIC and AUSTRAC to ensure legal compliance and that their exchange is completely safe to use and protects is users.

Taking into account its success in 2019, the exchange will be focusing on increasing the liquidity in 2020. Seiler said,

“The focus for us is in 2020 is to increase the liquidity on our platform even more which in return will bring on board more traders and users of our exchange. We are also working on releasing our new mobile app for iOS and Android devices which will be released shortly.”