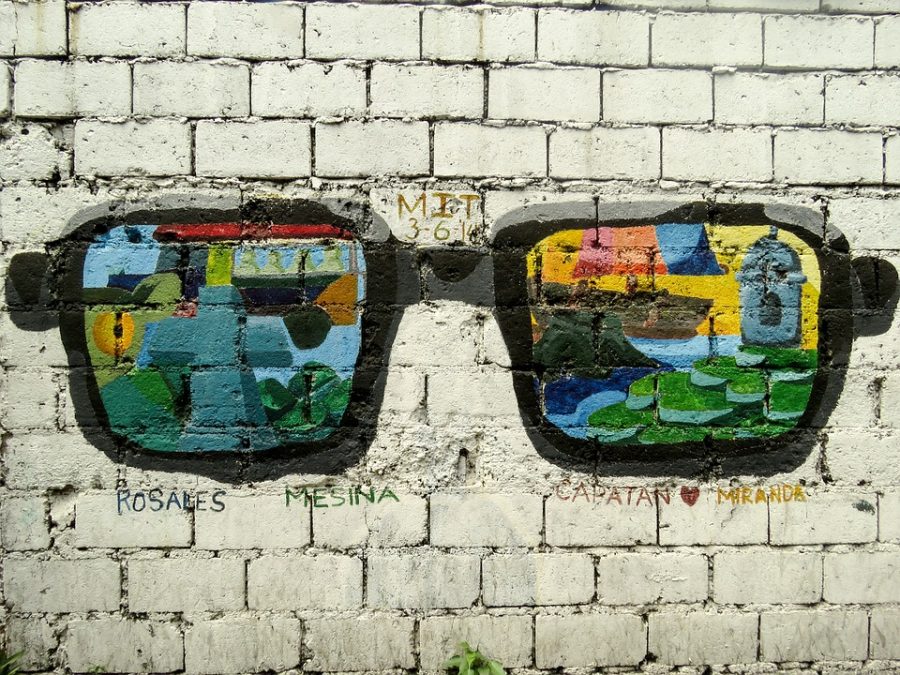 XRP has been widely used by major financial institutions for cross-border transfers using Ripple’s technologies, like the xRapid. Ripple’s recent partnership with Moneygram was followed by an active corridor of XRP/MXN, as its volume spiked by 25% on Bitso exchange. Following various other partnerships in the institutional ecosystem over the past week, a new high in On-demand liquidity of XRP between Bitstamp to Coins.ph, an xRapid powered e-wallet and financial services firm in Southeast Asia, and Bitstamp and Bitso, was observed.

An active XRP user on Twitter, @hmatejx, highlighted the potential xRapid flow against USD and wrote,

The week is not yet over, and we are already at a new high in ODL traffic between Bitstamp to Bitso and Bitstamp to CoinsPh. pic.twitter.com/B60EaplPF7

The transactions on Coins.ph and Bitso since 2017, with destination tag 25370527, appeared as under on the laser-focused mode provided by the user. 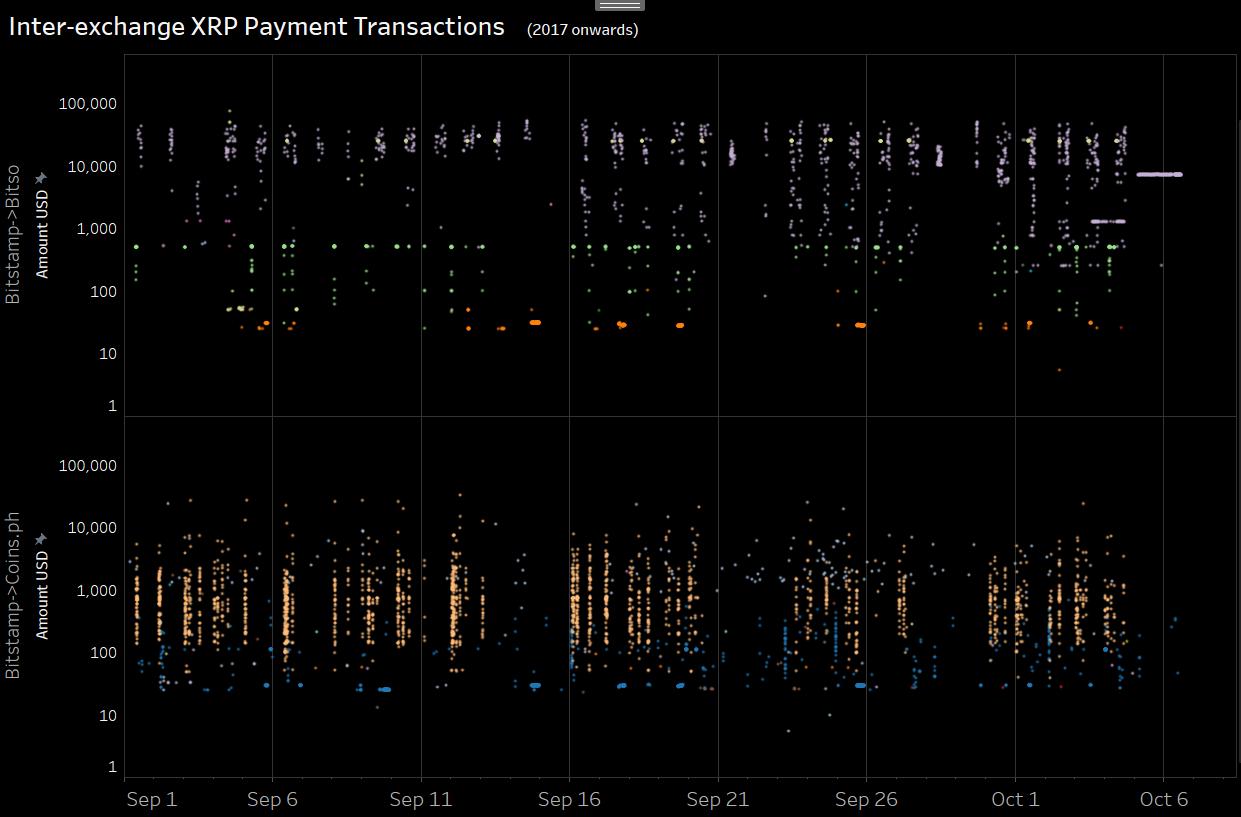 These transactions were noted to be on the rise and reached $6.5 million between Bitstamp and Bitso, as of 6 October, indicating a probable active corridor in Mexico. However, the Philippines wasn’t left behind as it too noted a significant rise in volume. 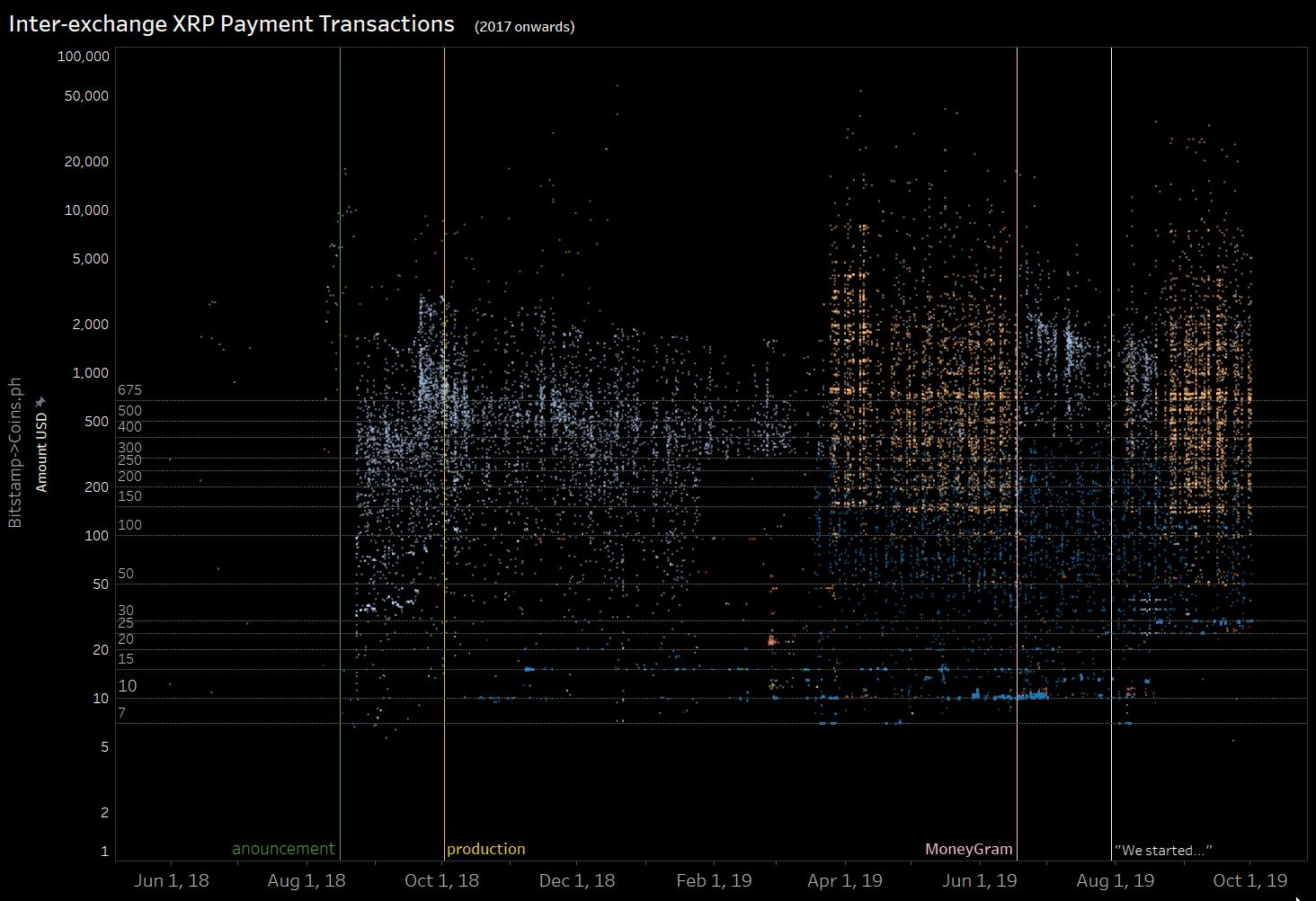 This surge contributed largely to remittances to Mexico and the Philippines in the previous month, highlighted by prominent XRP influencer CryptoEri noting that XRP remittances were up by 80%, or transfers worth $18.9 million over the past month.

According to data provided by the World Bank, the Philippines is the second-highest remittance receiver after Mexico and accounts for $34 billion. Ripple has successfully bagged over 20 institutions whose use of its cross-border tech has been visible in its Q2 report, a report that recorded a 30% increase in the number of live xRapid partners.