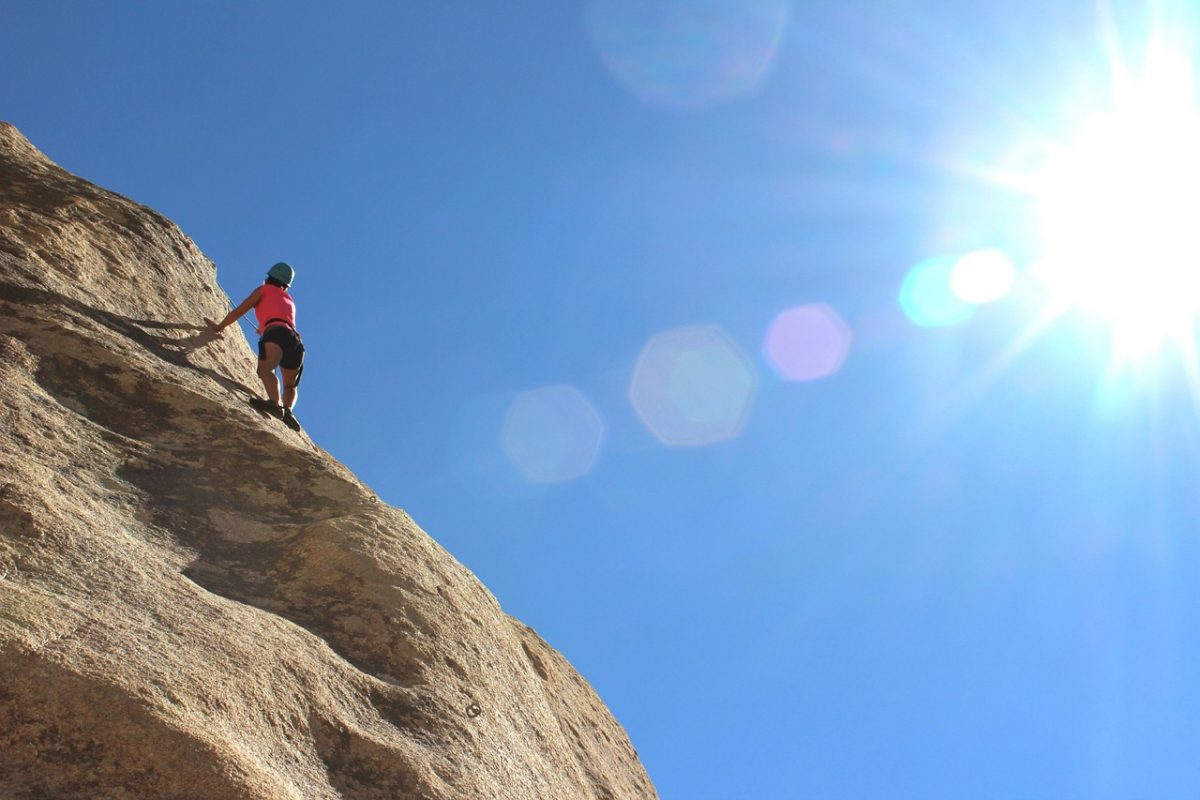 The crypto market was in turmoil until recently, with the value of most digital assets getting slashed by at least half. XRP’s spot market also noted devaluation as the third-largest crypto fell as low as $0.1615. The low price impacted Ripple’s ODL platform too, as the liquidity in the corridors noted a fall. However, as the coin went on a recovery phase, the liquidity among the corridors has been restored to new heights.

According to the liquidity data provider, Liquidity Index Bot, out of the three functional indexes, two have reported new all-time highs. Among these were the oldest index, XRP/MXN and the newest, XRP/AUD.

As per the chart provided by Liquidity Index Bot, the liquidity on XRP/MXN substantially sunk after 12 March and fell as low as 11.24 million. However, as the market stabilized it first marked an ATH of 20.415 million on 1 April, but liquidity continued to surge for the next couple of days. A new ATH was formed on 4 April, when the liquidity reached 23.147 million. Ever since the index has been reporting liquidity of over 20 million. 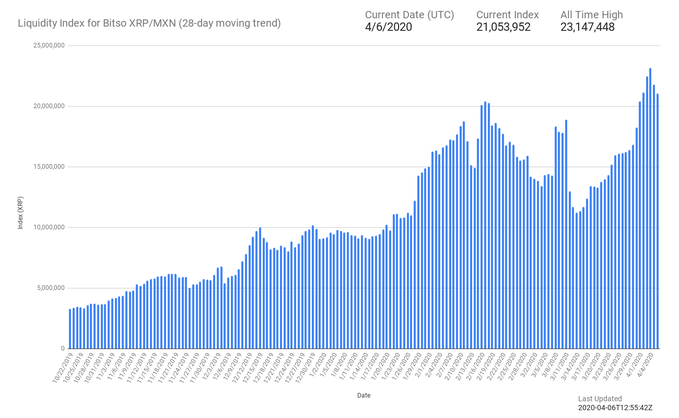 According to Utility Scan, the 24-hour volume of USD per corridor was highest on USD-MXN with $3.001 million. This was closely followed by the AUD-USD corridor with $1.111 million and lastly by USD-PHP corridor with $892,660.

Similarly, XRP/AUD too noted a fall after which the index marched onward and upward. On 4 April, XRP/AUD index noted a liquidity of 8.028 million. 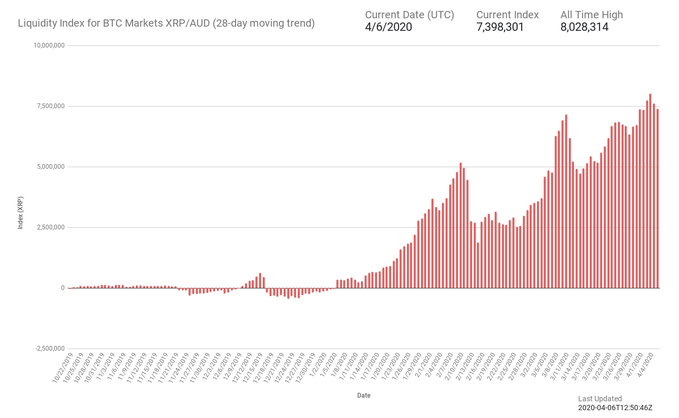 Even though XRP/PHP index failed to report an all-time high, it reflected heightened activity on the index. The index dipped to 3.736 million on 13 March but managed to pull itself back up to 7.624 million. The index’s liquidity almost doubled during this period. 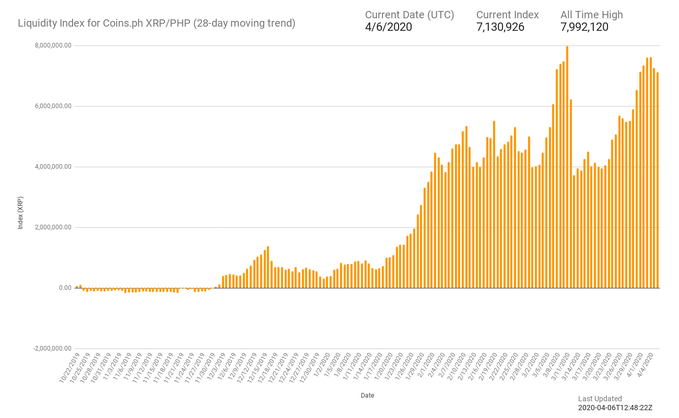 Ravencoin, Chainlink, XRP price: Link hints at a surge in the near future