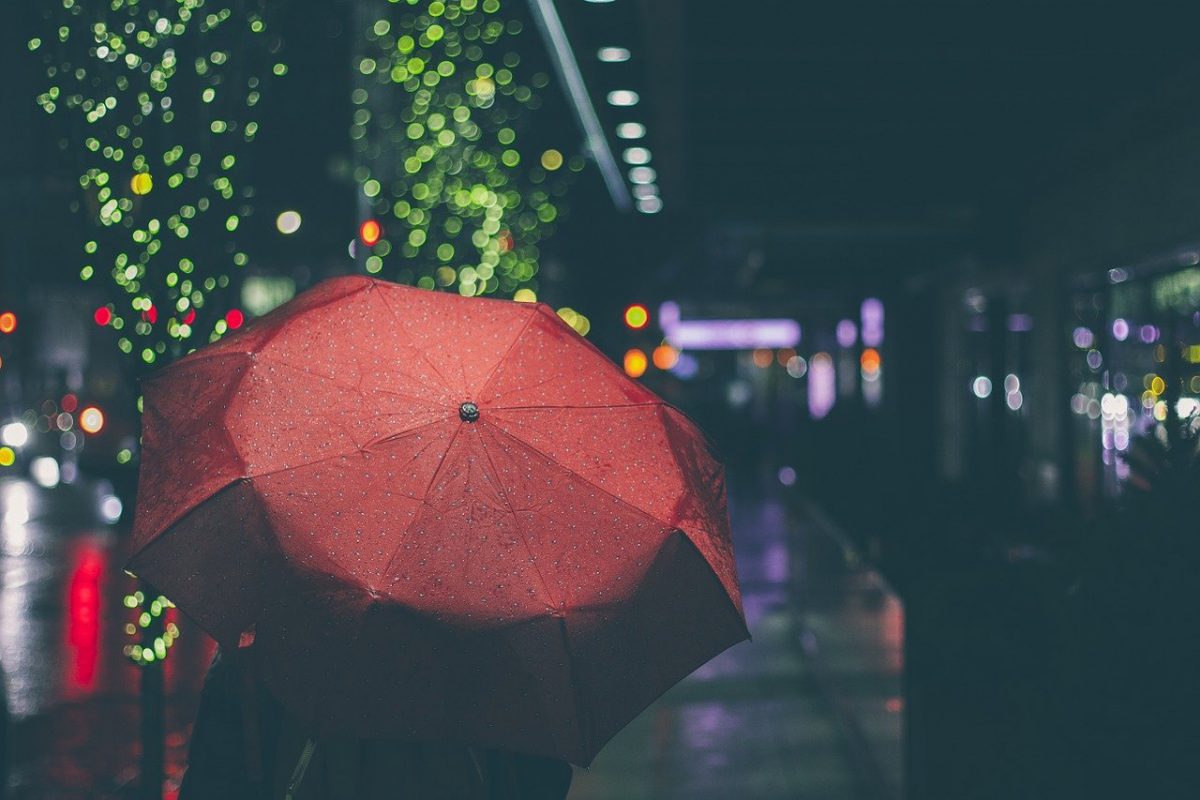 Polkadot saw strong gains registered in past weeks and was forced to retrace some of them on the recent move down. The outlook for both DOT and Dogecoin was bullish in the medium to long-term, but they had bearish momentum that could drive the prices lower in the coming hours. Dash could see a consolidation under a level of resistance in the coming days. 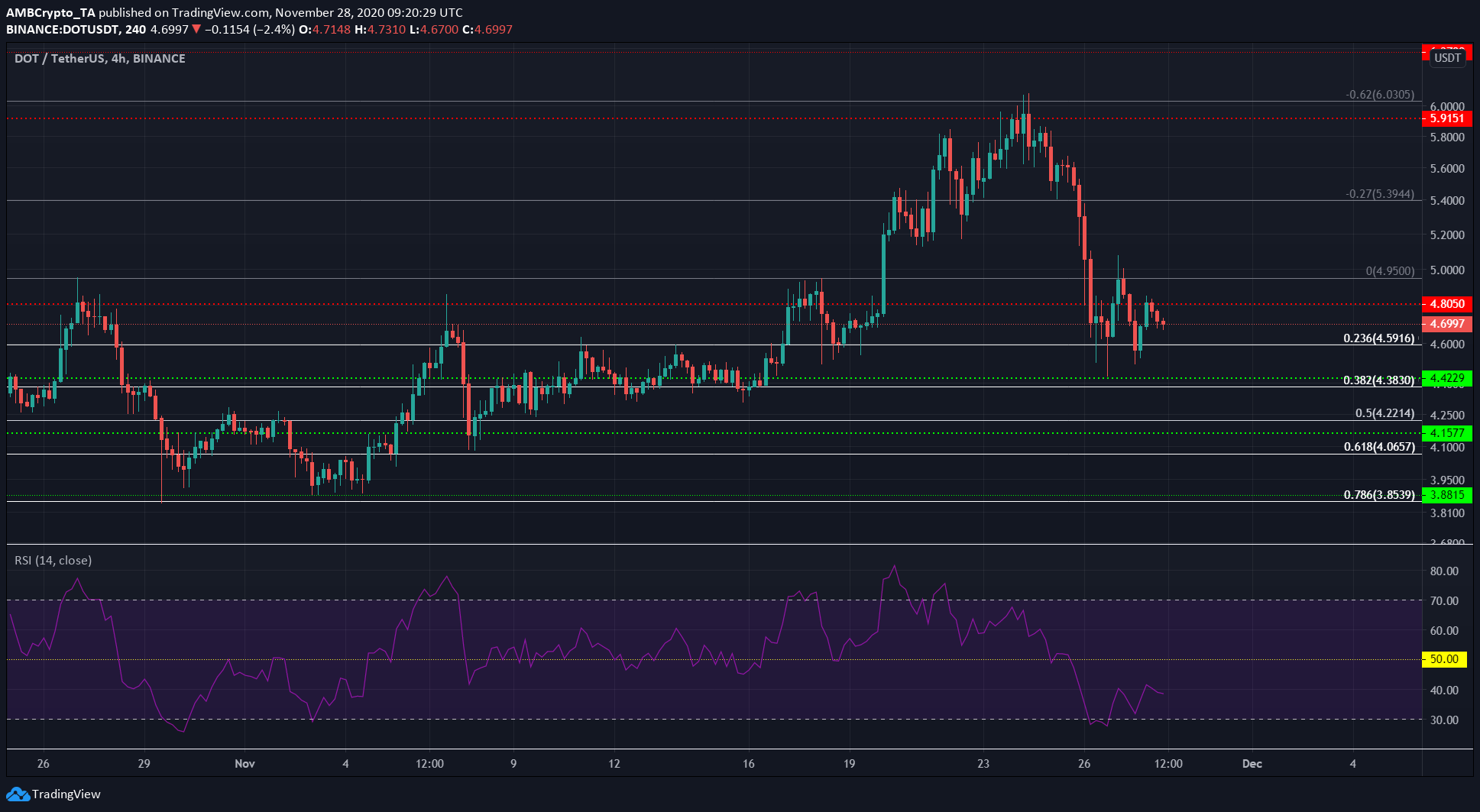 DOT’s rose from $3.6 to $4.95 in October and retraced to the 78.6% level before advancing once more. In mid-November, DOT successfully surged past $5 resistance and touched the 62% extension level of DOT’s October gains, and reached a local high at $6.08.

At the time of writing, momentum was in favor of the bears. The RSI dipped into oversold territory and bounced upward but still remained in bearish territory.

In other news, China’s national blockchain network BSN announced that it had added Polkadot into its network. 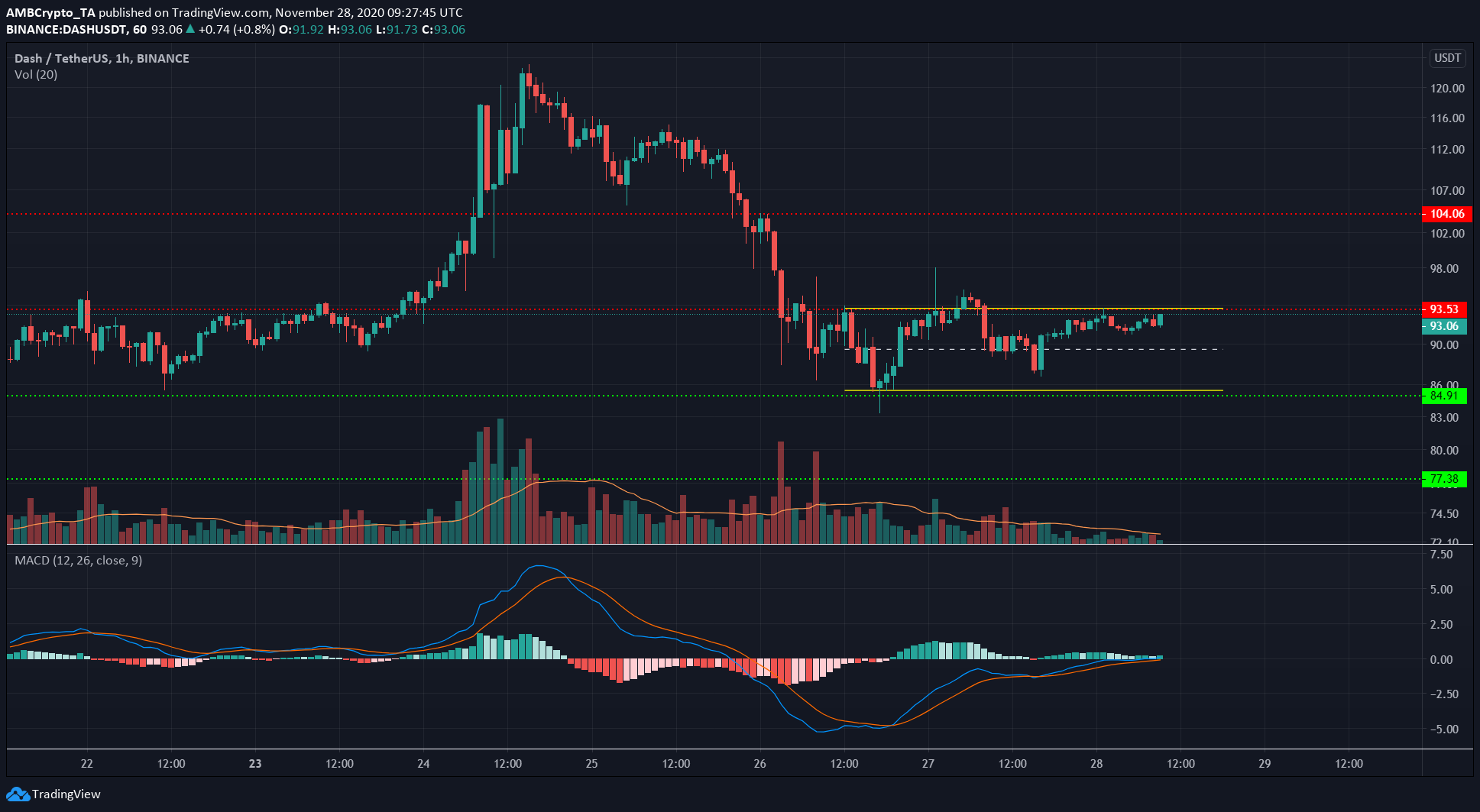 The hourly chart for DASH showed that it was in a period of consolidation. The short-term momentum was neutral, indicated by the MACD. The MACD line and the signal line were in close proximity to show a lack of momentum and on the cusp of crossing above the zero line.

A rectangle bottom pattern was formed. The boundaries of the pattern were the levels of resistance at $93.5 and support at $85.

A close above the rectangle on strong volume would suggest that $93.5 would be flipped to support. If the trading volume continued to be abysmal, the price may slowly slip back lower toward $85. 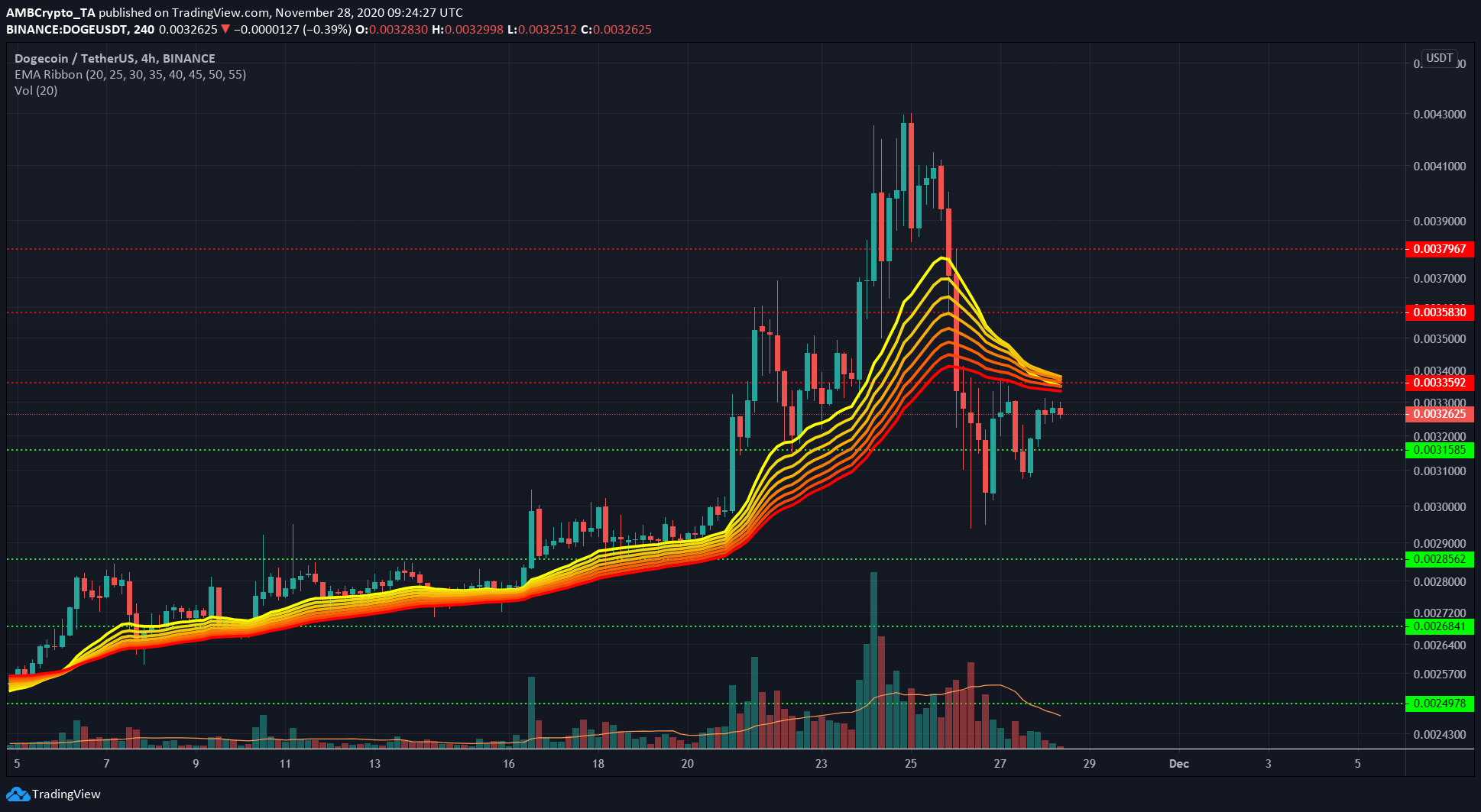 DOGE could be headed further down after the price crashed through the EMA ribbon and found stiff resistance from both the ribbon as well as the horizontal level at $0.0033.

The trading volume was low and suggested that most market participants were watching from the sidelines.

A strong volume move would indicate the next direction for DOGE, and bulls would battle to defend the level of support at $0.0031. While the short-term outlook was bearish, DOGE on a longer-term could have experienced only a pullback and could gather steam to surge once more.