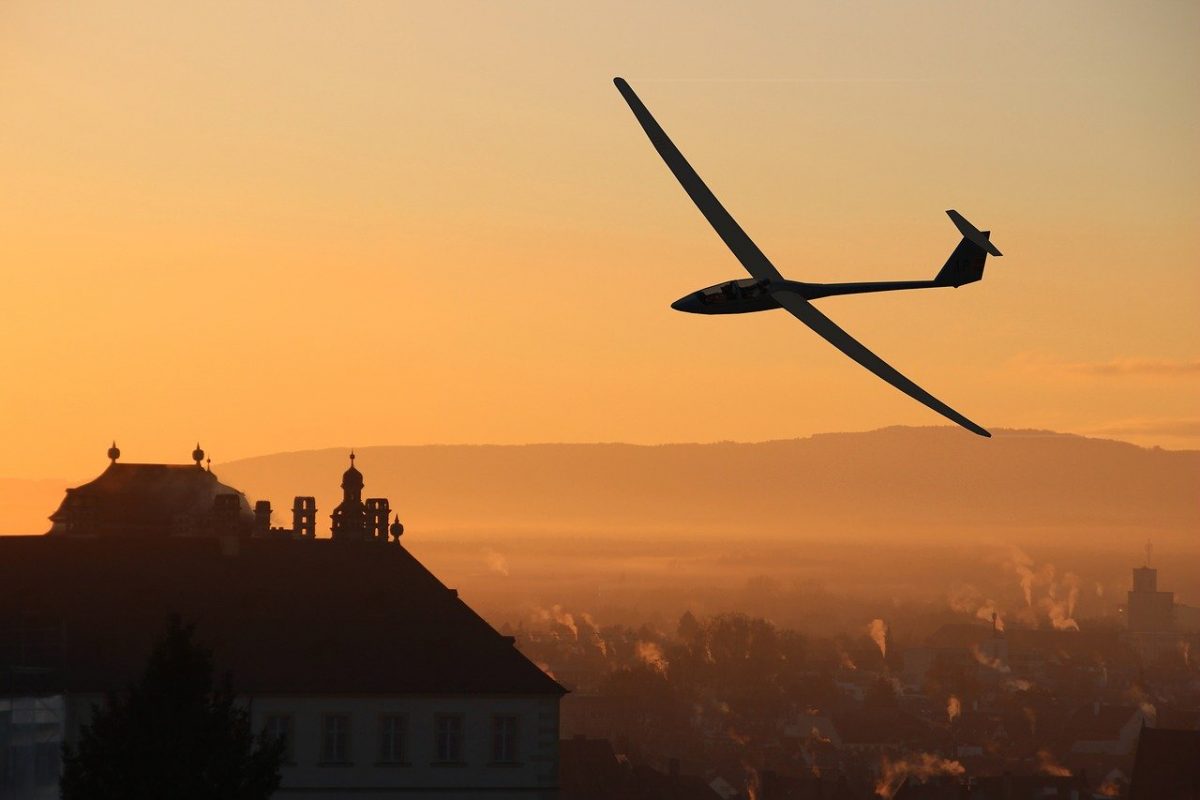 Cardano has failed to hold on to multiple levels of support over the past month after it looked set to consolidate at the end of an uptrend. Further, Binance Coin looked healthy as it soared above $25, only to be brought back to earth by the market-wide crash a few days ago. Ontology also had $1 in its sights, trading within an ascending channel that rapidly gave way to a slide down south. At the time of writing, Ontology was trading at levels it was trading at when August began, showing that the recent drop had wiped out a month’s worth of gains. 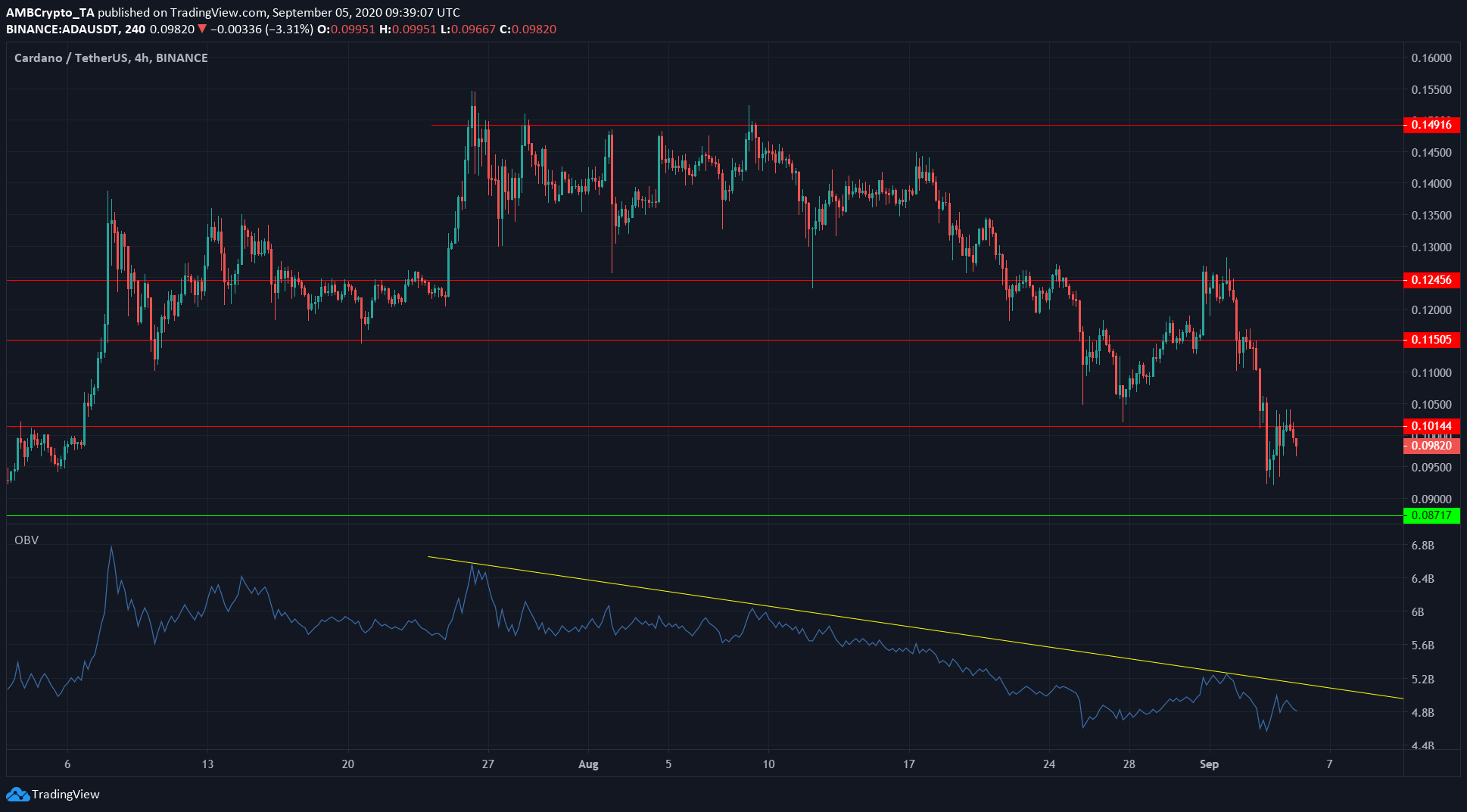 ADA has been on a strong uptrend, with some brief interruptions, since the Black Thursday market crash in March. However, Cardano recently lost support after support in its steady descent from its heights of $0.15.

In fact, the latest Bitcoin drop pushed ADA to crash from $0.124 to $0.09. And while it recovered briefly from there to test resistance at $0.101, it soon fell again on the charts.

The On Balance Volume showed that the trend of selling pressure (yellow trendline) had not been broken yet, with no new higher highs being set on the charts.

If the OBV crosses the trendline and if ADA flips the resistance to support, an uptrend or consolidation might begin. 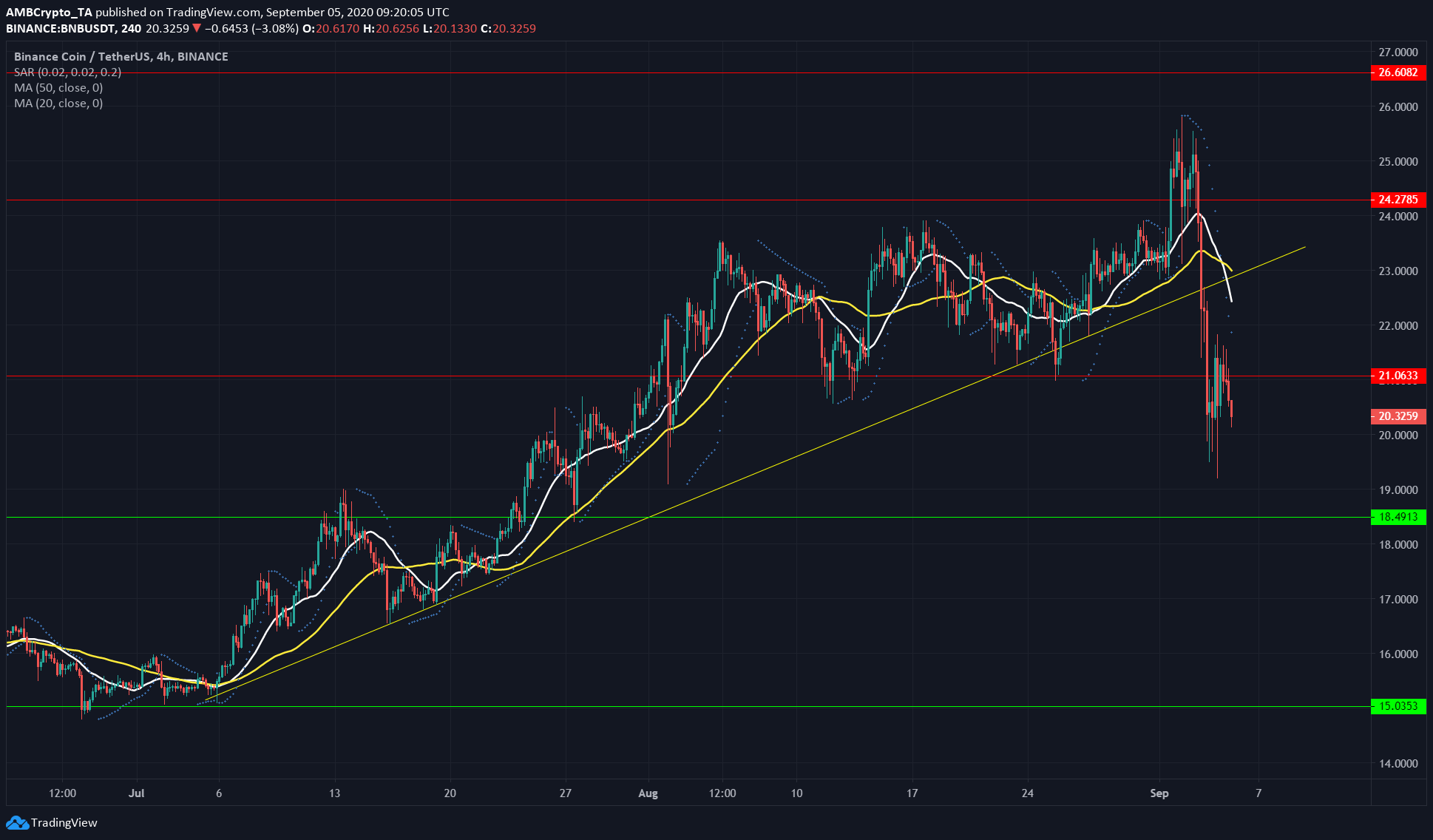 Binance Coin had been forming an uptrend since the beginning of July (yellow trendline), but it was shattered after crypto-assets across the market lost a significant chunk of their value over the last few days.

Breaking beneath the trendline would mean either a halt in the uptrend, or even a trend reversal. If the support at $18.5 does not hold, a downtrend could be in store for the short-term.

BNB faced resistance at $21, as well as from the 20 and 50 SMA (white and yellow respectively.) Further, the Parabolic SAR continued to flash a sell signal. 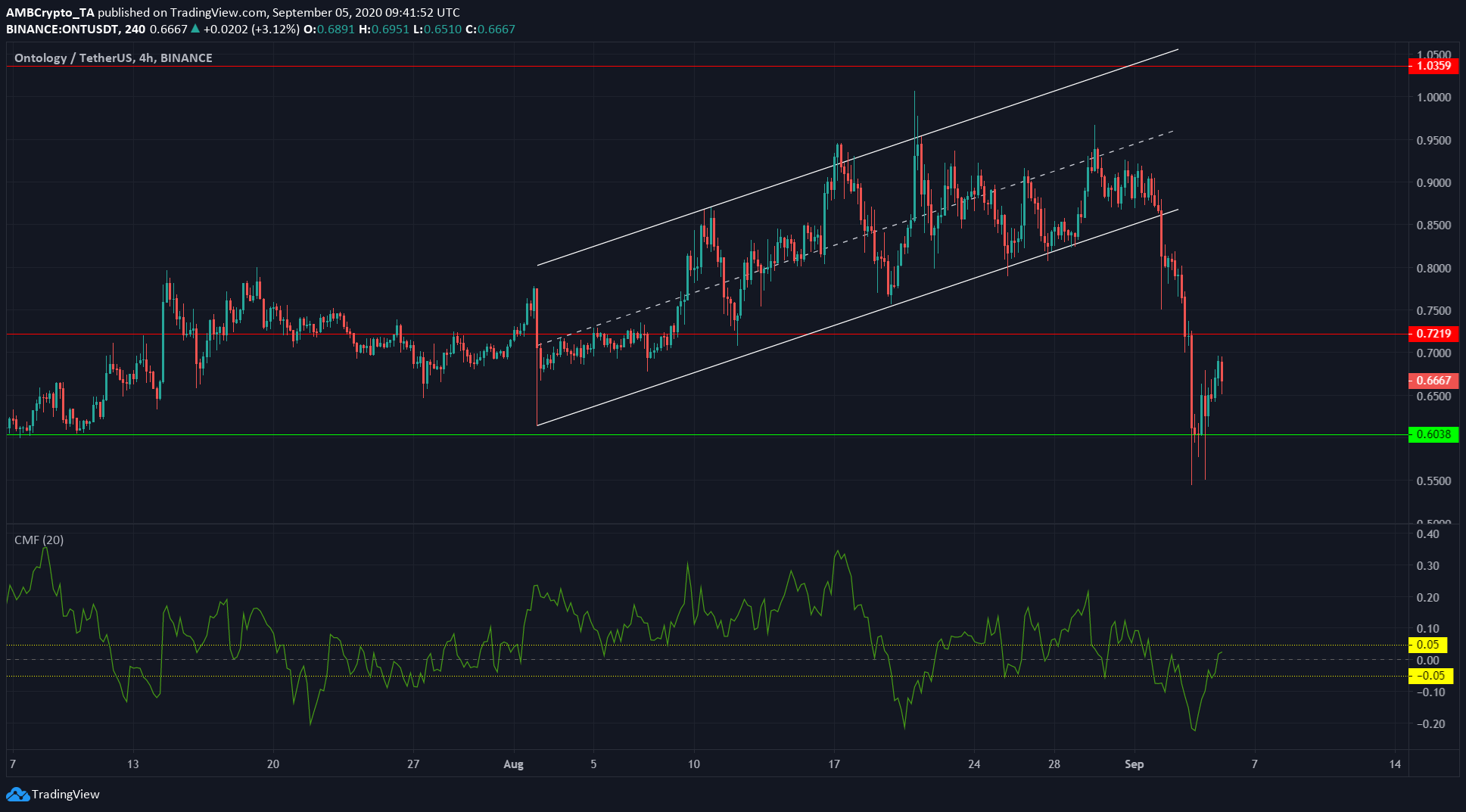 Ontology dropped out of the rising channel and well past its support at $0.72 to find the support level at $0.6. While it bounced off that support, the CMF showed waning sellers’ interest as the values slowly picked up to move towards the bullish territory on the charts.

If the CMF registers positive values in successive sessions while ONT reclaims the resistance at $0.72, it might just begin its recovery.

There is also a chance that ONT’s price might oscillate between $0.6 and $0.72 for a few days.

Bitcoin’s latest dip is not without its silver linings