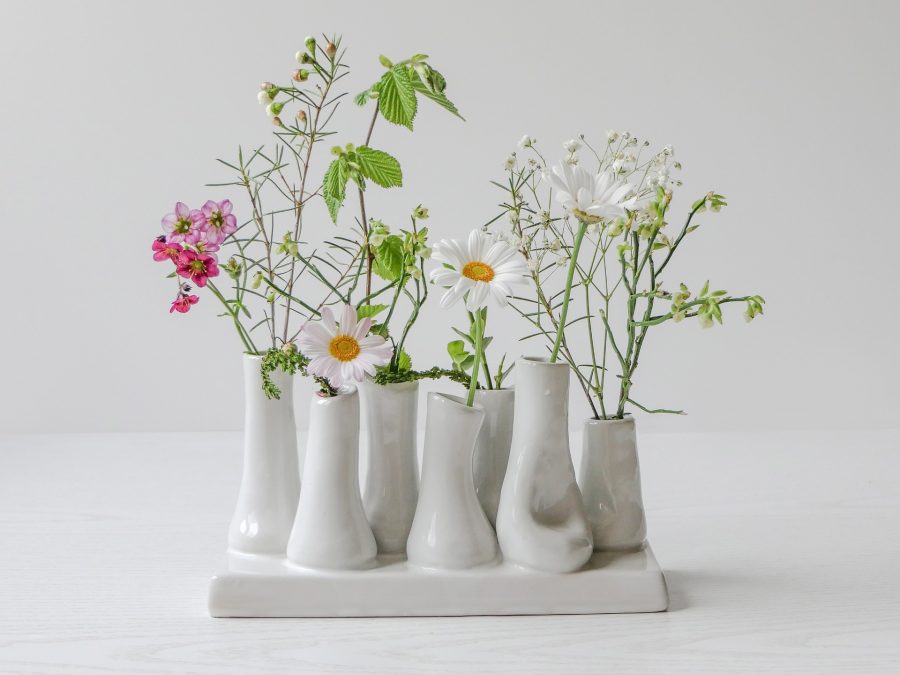 A common metric that is used to understand Bitcoin’s growth is the number of active addresses in the network. The major disadvantage of only using this particular metric is that the data could be a little misleading at times.

It is mainly because there is no one-to-one mapping between users and Bitcoin addresses. Bitcoin addresses can hold funds of more than one individual, and sometimes a single entity can control multiple addresses holding the BTC.

In order to tackle the problem, glassnode recently derived an approach that set an upper limit on the number of entities holding Bitcoin. It is important to note that they emphasized the term ‘entity’ in order to draw a distinction between addresses holding multiple funds of different users. A new entity has been defined as an address that appeared for the first time in a transaction in the Bitcoin network. 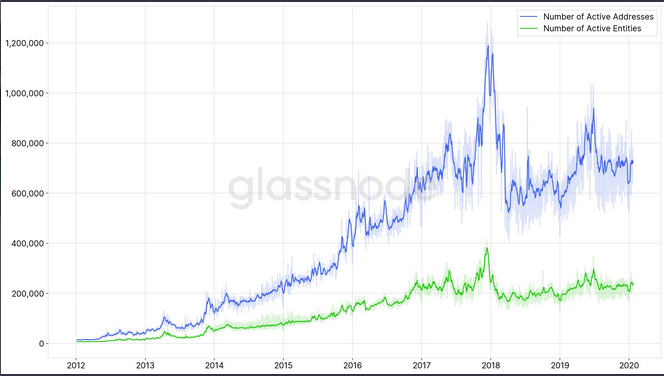 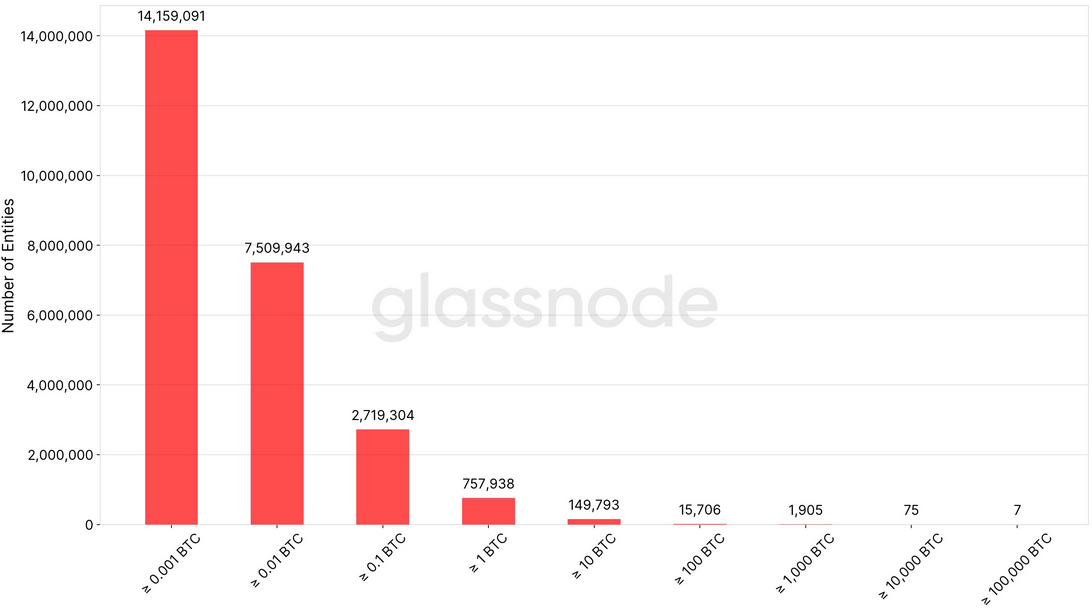 When the entities were categorized in terms of how much BTC each entity held it was reported that around 1910 entities held over 1 BTC.

75 entities hold more than 10,000 BTC whereas only 7 entities held over 100,000 BTC. However, all these entities were identified as exchanges, with Coinbase leading the pack by accounting for around 983k BTC.

When the question regarding who holds the most Bitcoin is answered, the next automatic question is How many Bitcoins does an average man need to stay a billionaire… Read our previous article to find out.

Additionally, the report suggested that the net growth of new entities has been periodically growing since the inception of Bitcoin. In 2019, over 11,000 new entities joined the network on a daily basis, which indicated the consistent adoption trend of bitcoin over the past decade.

At press time, Bitcoin was back above the $9000 range after registering another bullish surge in the past 24 hours. The move should propel more unique entities entering the space, as the largest digital asset continues to draw in attention.

Bitcoin, Litecoin, Ethereum YT scammers walk away with over $300k in 6 days