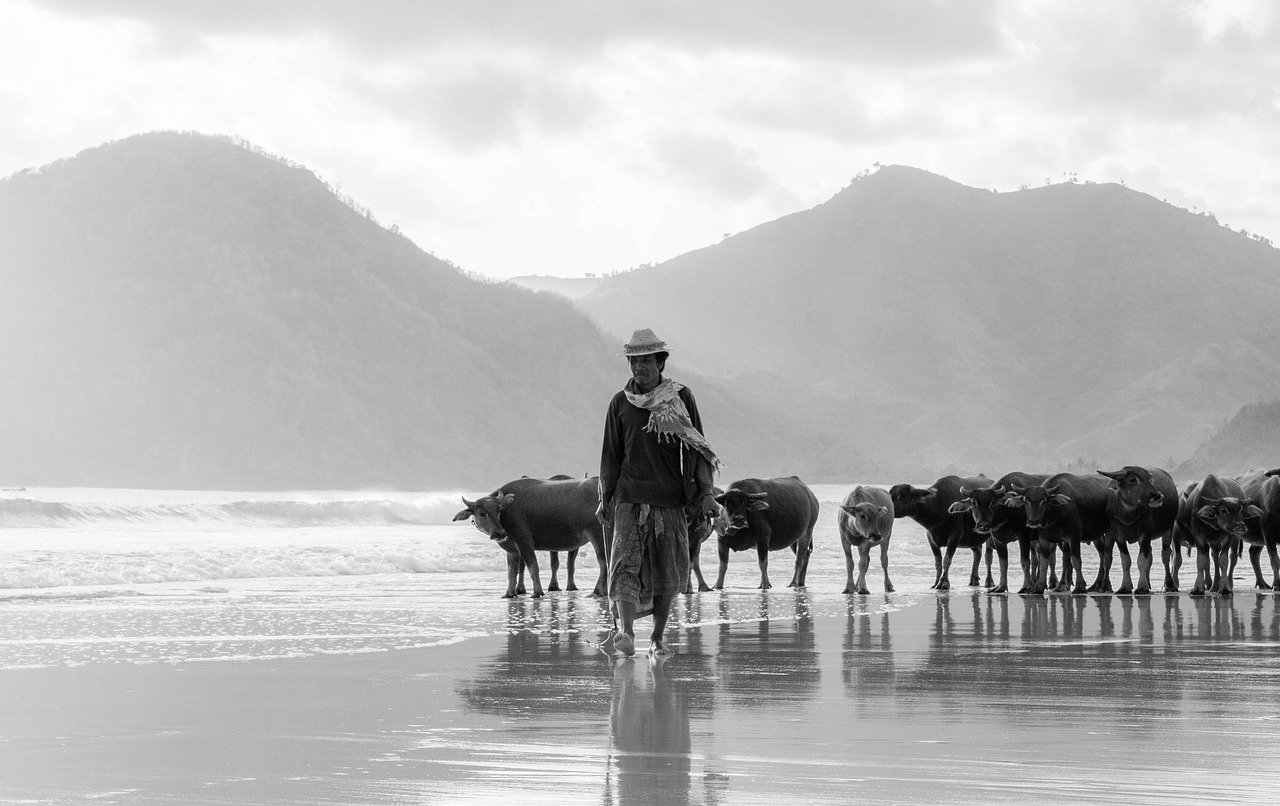 After an extended period of uncertainty, Litecoin and Polkadot’s values registered significant gains, with both alts picking up good buying momentum on the charts.

Further down the crypto-ladder, the mixed signals also coincided with bearish divergence and low market volatility, in the case of Dogecoin. 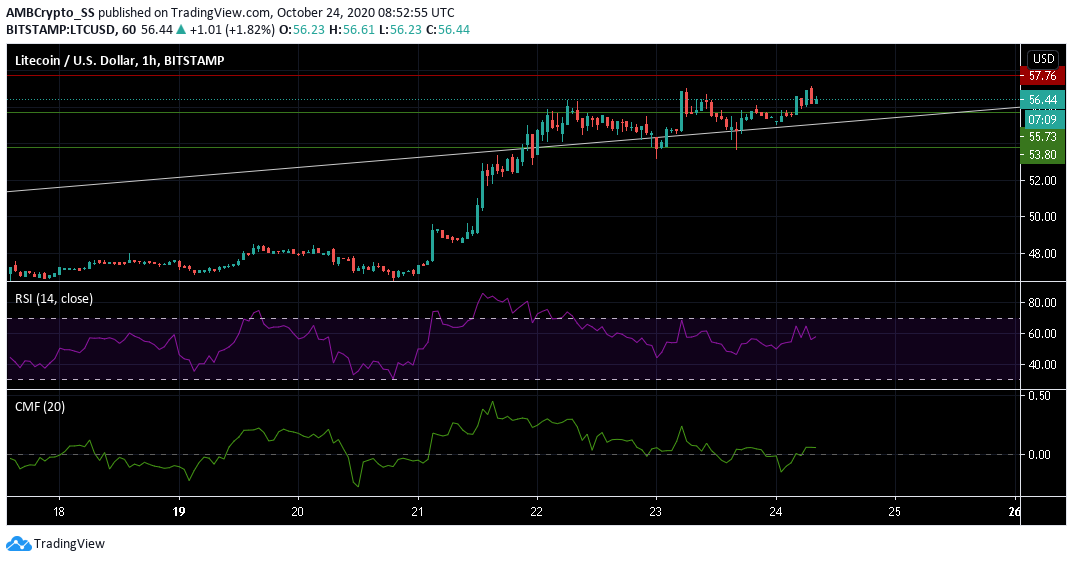 Litecoin was seen trading just above its immediate support level at $55.73, further maintaining the price levels above the trendline (white) over the past 48 hours.

Litecoin’s bulls had managed to push the price above the key pivot level at $56.44, at press time, a level coinciding with a spike seen in the Relative Strength Index. The overall RSI levels also continued to note good buying pressure.

Further, the Chaikin Money Flow was giving a buy signal and was observed to be over zero, underlining the presence of higher capital inflows, than outflows. 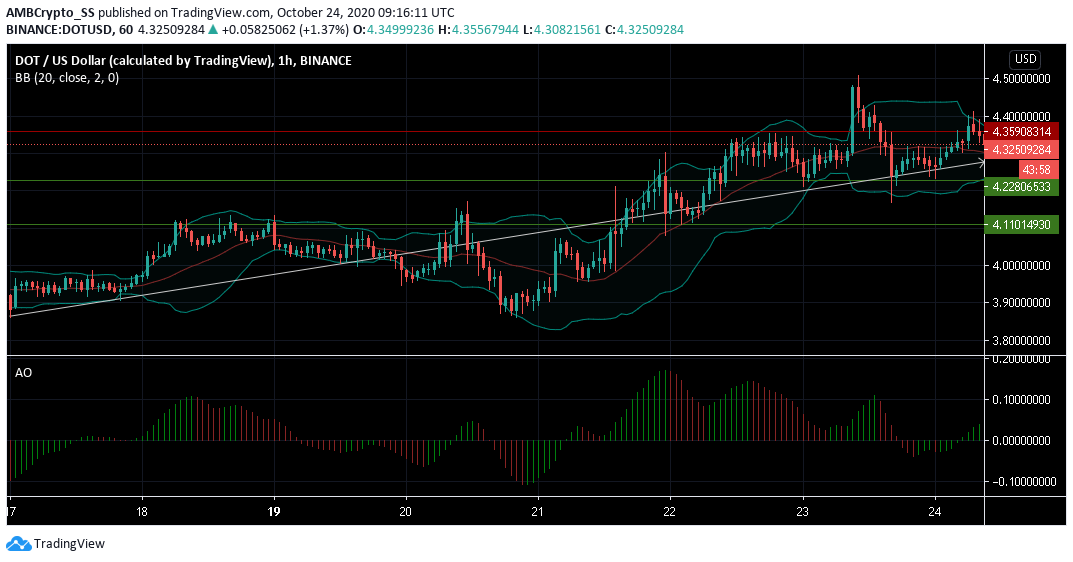 The green bars of the Awesome oscillator above the zero line made a bullish crossover, highlighting short-term buying momentum for the DOT market.

While a buying sentiment was highlighted by the AO, a low level of volatility was also visible when observing the converging Bollinger bands.

This meant lower price action probabilities in either direction due to lower volatility levels and may result in the prices stabilizing just above the trendline for the next few trading sessions.

Under this scenario, DOT’s prices may be seen oscillating between the immediate resistance at $4.359 and the base of the trendline. 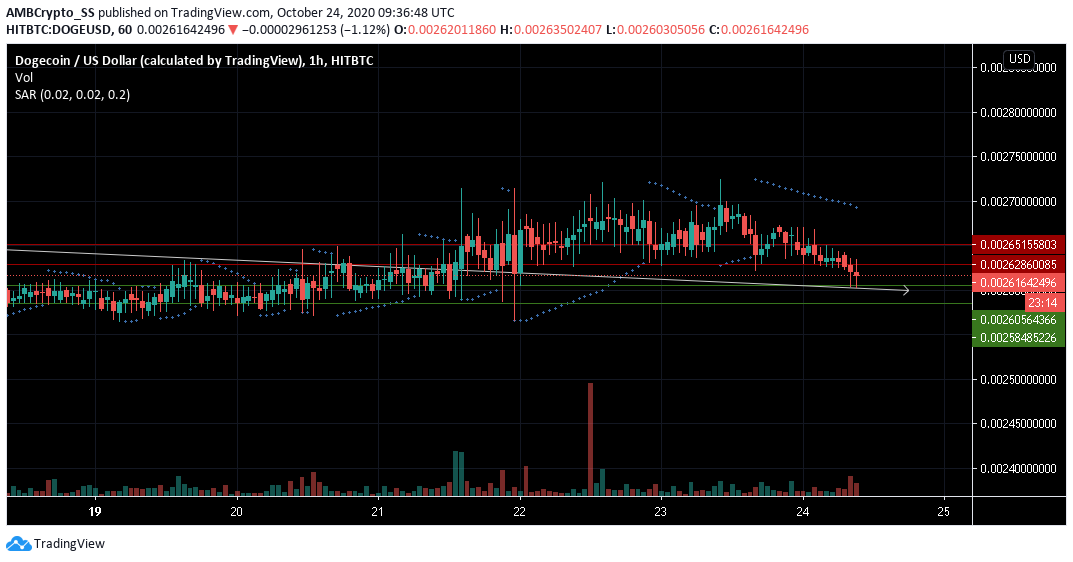 Dogecoin fell by over 2% in the last 24 hours and at press time, was further seen diving down towards the $0.00258-level of support.

This was further supported by the presence of strong selling pressure, and rapidly changing levels of sell volume, as can be seen at the bottom of the chart.

The DOGE market is expected to witness further downward price actions as the dotted markers of the Parabolic SAR were seen above the candles.

A rise in bearish sentiment might also result in the price levels settling down around the $0.00258-level of support.

What next for Bitcoin’s derivatives market?