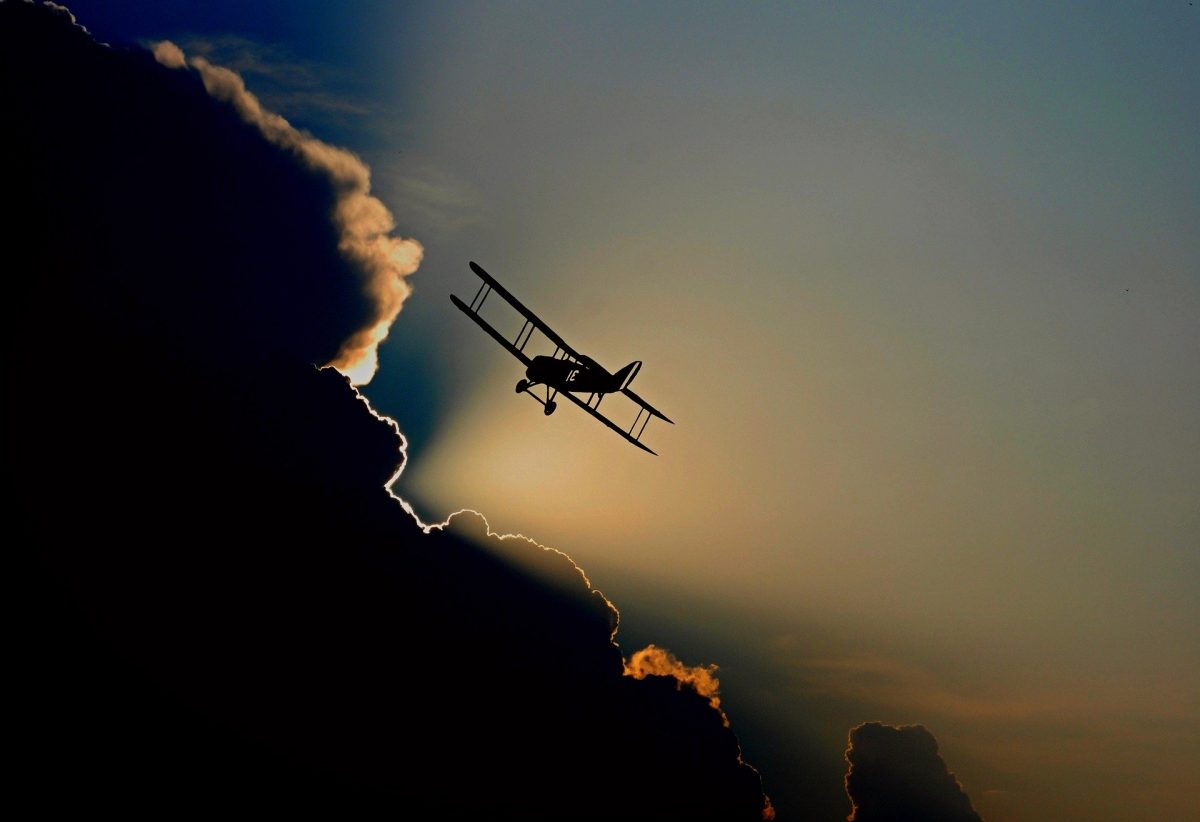 Litecoin, IOTA, and Dogecoin followed the market-wide setback after the recent dip Bitcoin experienced. Litecoin and IOTA look strong enough to hold without further descent. DOGE could be showing early signs of a possible downtrend. 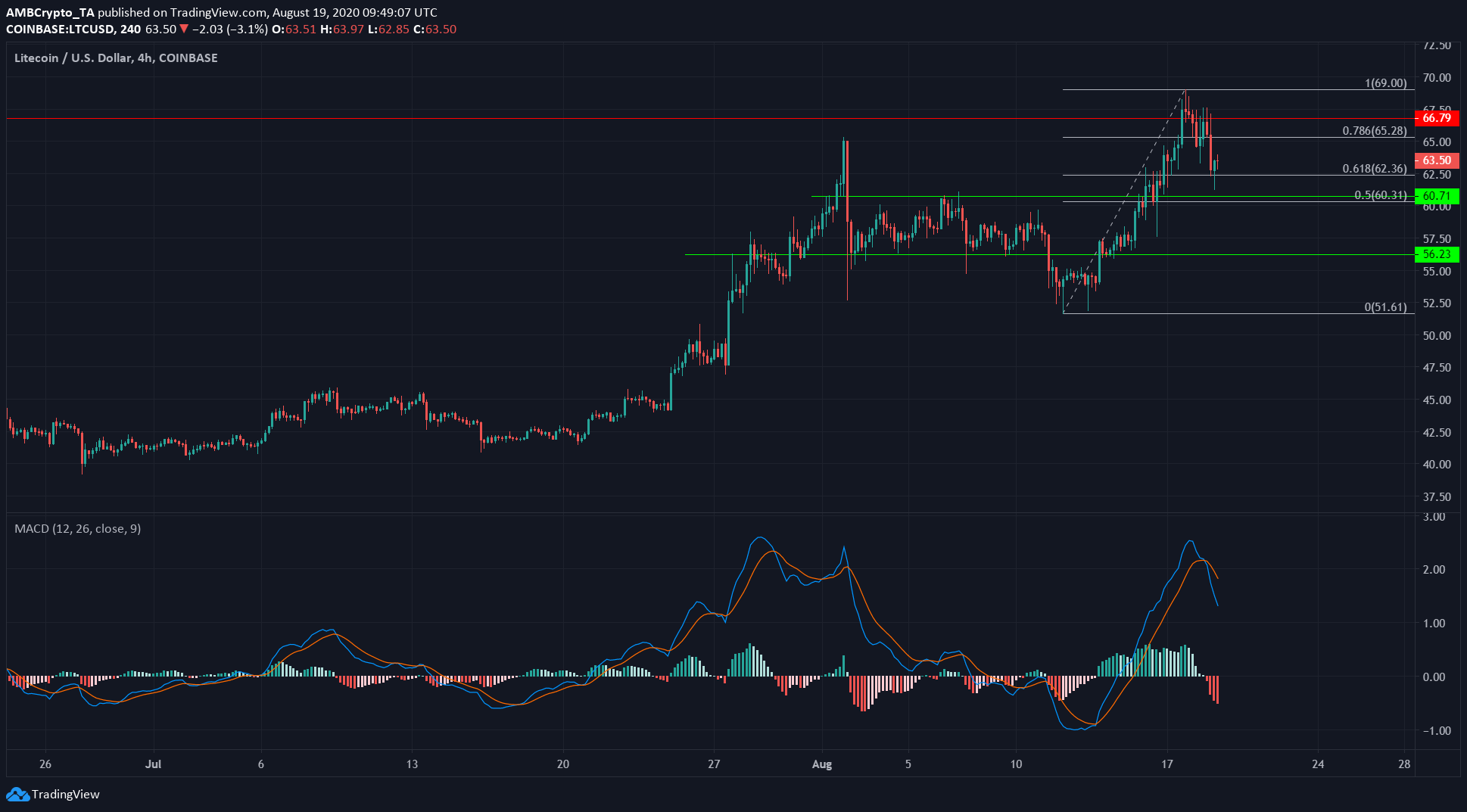 Litecoin saw a pullback after encountering resistance at $66. It was trading at $63 at press time. MACD showed a bearish crossover and presented a sell signal in the short term.

If $60 support is not broken in the next few days, Litecoin can emerge and resume the uptrend that saw it rise from $42 to $65. The next important support level, $56, is close-by and also carried historic importance, as a level that has acted as support and resistance multiple times over the past year.

Litecoin continued to hold rank 7 on CoinMarketCap, valued at $4.12 billion. 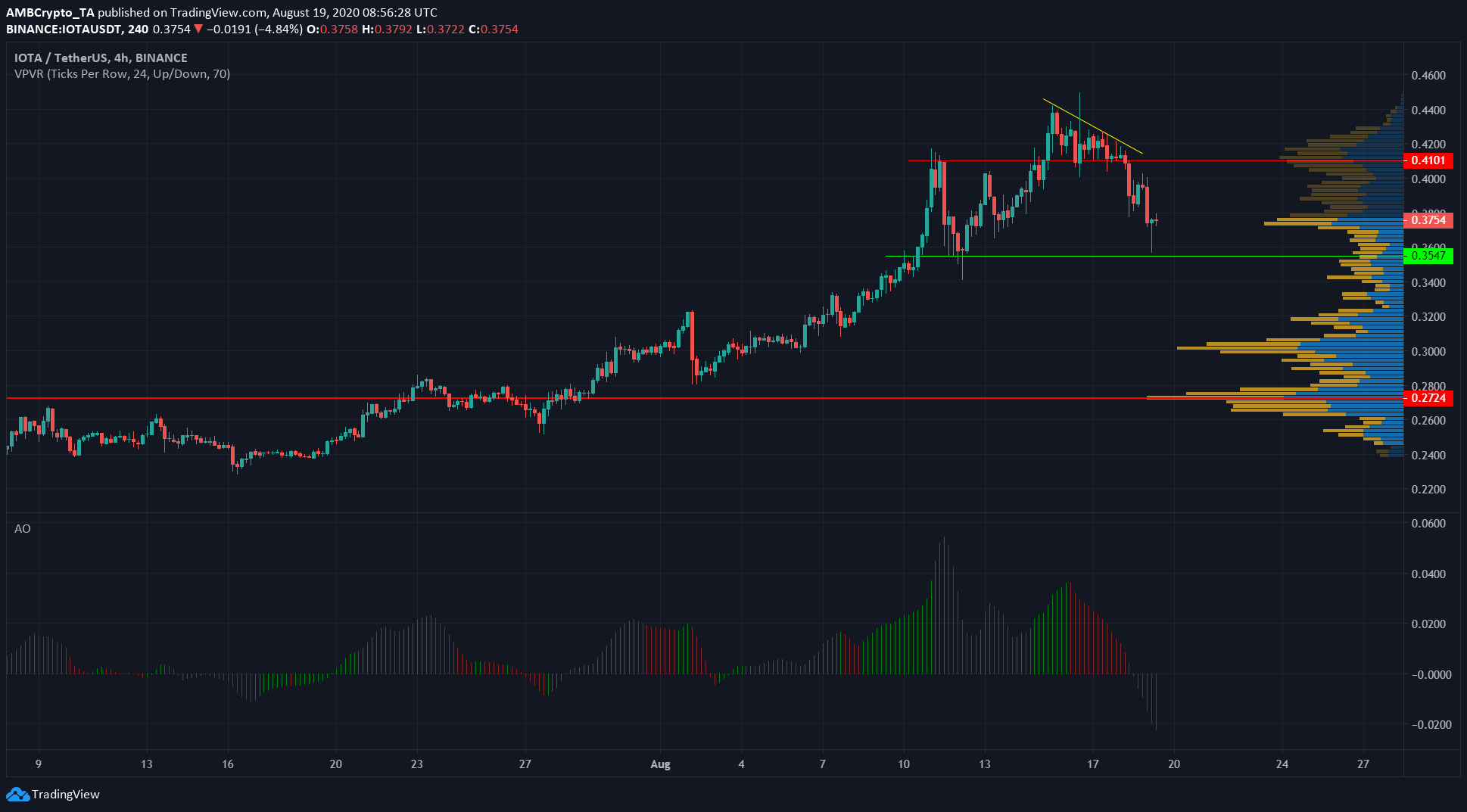 IOTA could not establish $0.41 as a support. IOTA had been losing some of the momentum that saw it surge from around $0.24 in mid-July.

At press time, it was trading at $0.375. The Volume Profile showed that this price has seen significant trading activity. The next support is at $0.35 which has acted an important support/resistance level in the past on a longer time-frame.

Going by the Volume Profile again, it can be seen that if selling activity increases, price would be pushed to $0.32 and $0.3, levels which have been shown to see significant trading action.

Awesome Oscillator has registered to shift toward bearish momentum on IOTA. If it continued, aforementioned levels can be regarded as levels to keep an eye on. 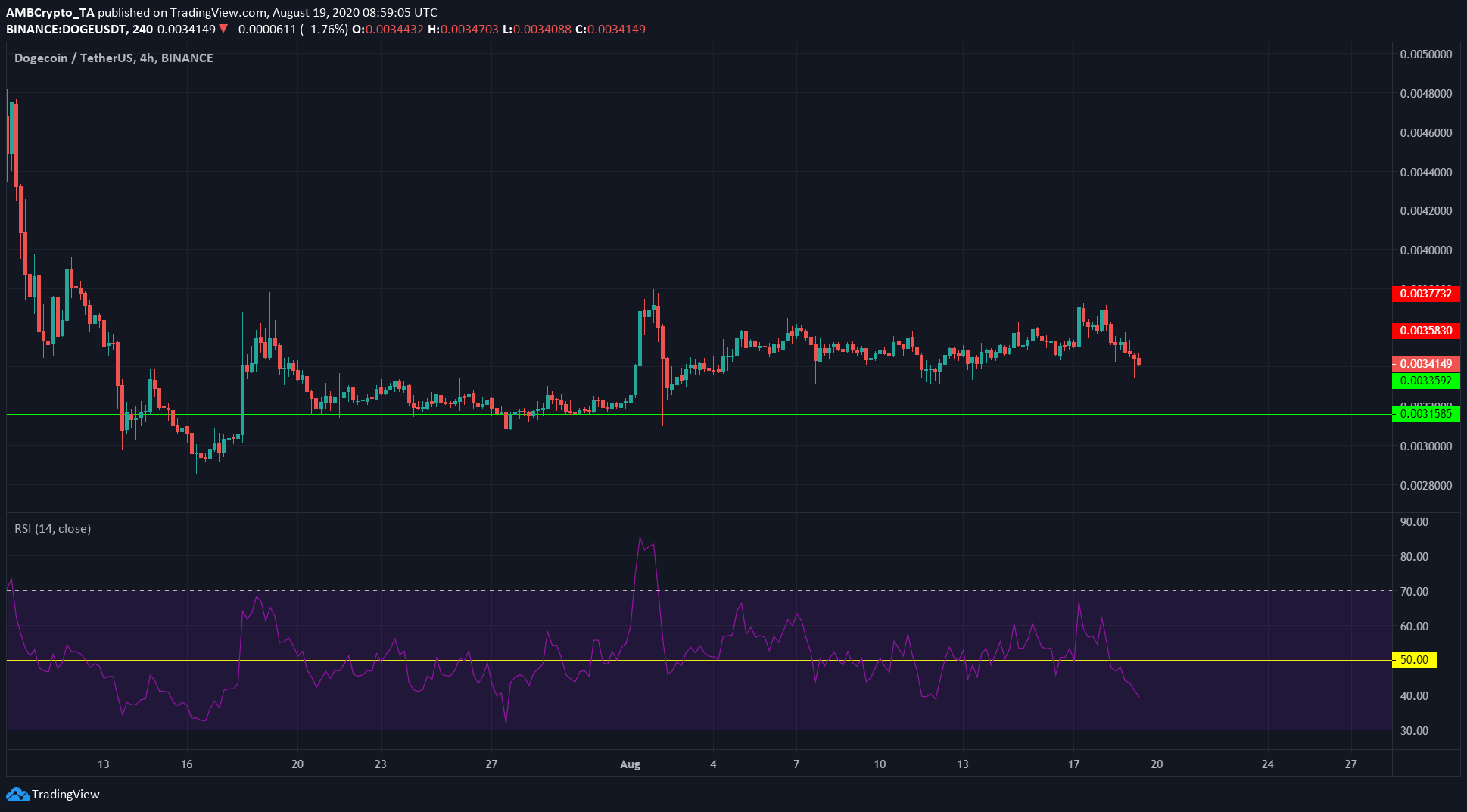 Dogecoin was ranked 38 with a marktetcap of $433 million and did not enjoy sustained prominence after the TikTok user propelled pump in July. RSI declined strongly below the 50 line, indicating a possible onset of bearish trend. Support lies at $0.00335 and $0.00315.

The outlook for DOGE was bearish, with consolidation being the best it can hope for in the short-term. Traders might decide to wait for DOGE market to trend strongly again before stepping in.

With Bitcoin losing ground, has the altseason begun?