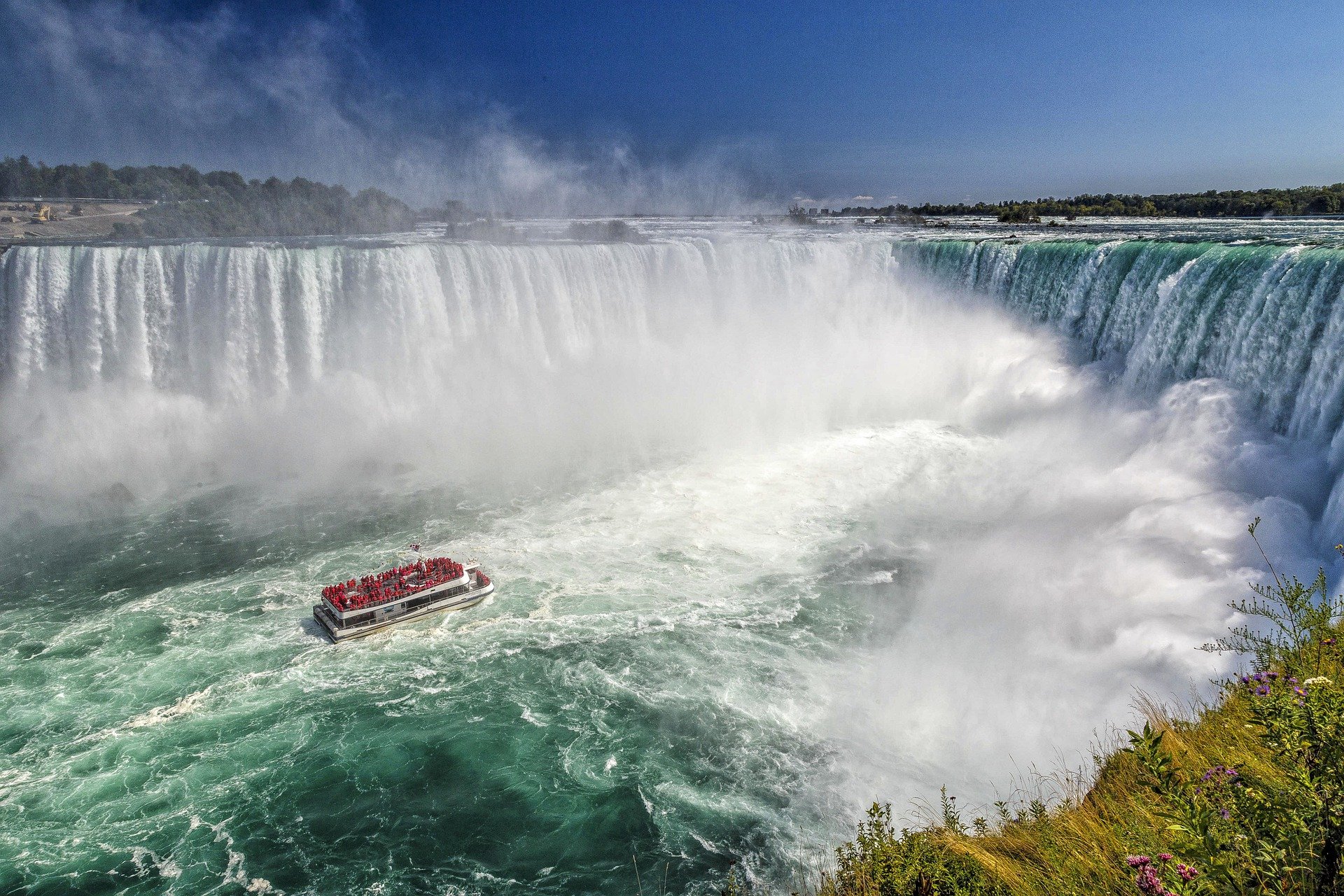 Markets today experienced a day of persisting September selling pressure, after going through a short breather of some bullish sentiment yesterday.

Following Bitcoin’s 24 -hour price dump from $10,900 levels to almost $ 10,400; Litecoin, Cosmos, and Dash also appeared to be highly bearish, with all three alts trading in red zones at press time. 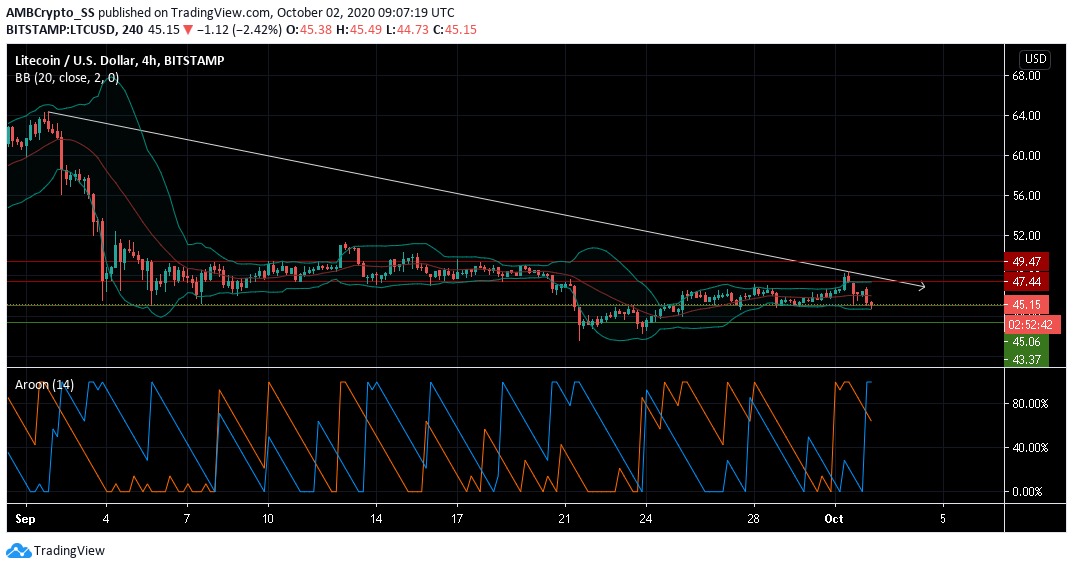 Litecoin’s traded volume was cut down to almost a third and was recorded to be around  $ 44 million at press time. At the time of writing, it was valued at $ 45.15 coinciding with its immediate support level.

Aroon indicator witnessed a bearish crossover, with Aroon down (blue) moving above Aroon Up (orange).

The wide Bollinger bands also indicated a rise in the volatility levels as could be seen in the charts, with price level falling along with the lower bands. LTC bulls seemed exhausted by the rejection at the $ 47.44 level after a strong sell-off that followed Bitcoin’s 3.5 % price drop today.

A further dip below this region, given an increased volatility level, could be expected, with strong support existing at the $ 43.37 mark. 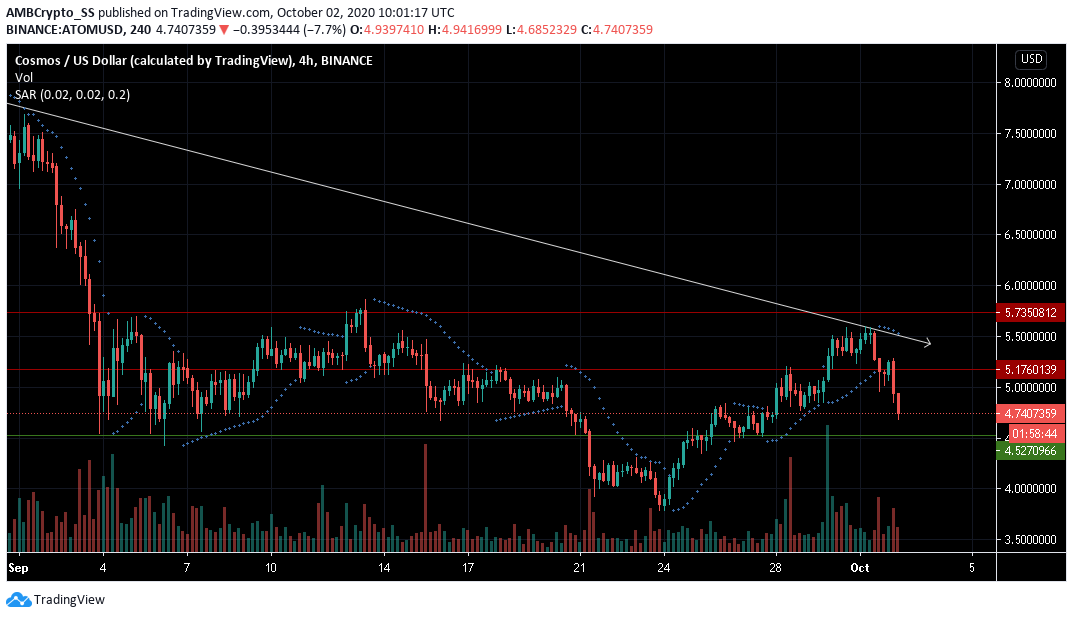 Cosmos bulls failed to push the price above a crucial $5.5 pivot level, and succumbed to the selling pressure seen in the crypto markets. This further weakened the bullish sentiment that was witnessed in the digital asset yesterday.

ATOM was seen doddering at $ 4.74 at the time of writing, following a sharp decline of 13.60 % since yesterday. The dotted lines of the Parabolic SAR above the candles supported a further downtrend.

Above-average volume levels clearly indicated the prevalence of a strong selling pressure behind the losses, a drop however in these volumes could signal some price stabilization in the coming days.

Its immediate support was marked by the $4.52 level and if broken ATOM could plunge further between the range between $4.3 and $4.52. 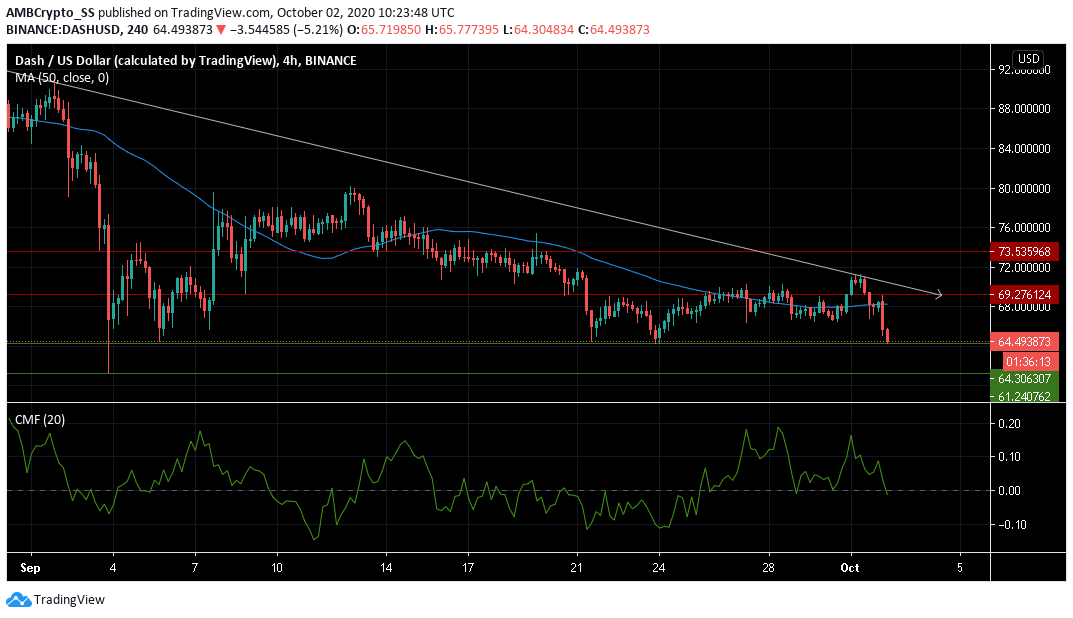 DASH, having breached its support level of $69.27 just a few days ago, a revisit to that level today, stalled the probability of any price rise and further pushed the prices down to its current valuation at $65.1

The Digital asset also fell below its 50 Day Moving average, since the last drop in September. If the barrier of the 50 SMA (SMA) in the 4-hour range, is not reversed in a move that would see prices above the 50 SMA, then a bearish price trend is likely to continue, for the next few days.

Chaikin Money Flow Indicator was inching slightly below the zero line, further signaling a scenario of the capital outflows being greater than inflows, meaning another sell-off could see the asset in further losses in the coming days.

A strong support existed at $ 64.3 level for Dash at press time.

Coinbase offers ‘instant’ withdrawals on US, UK and European platforms