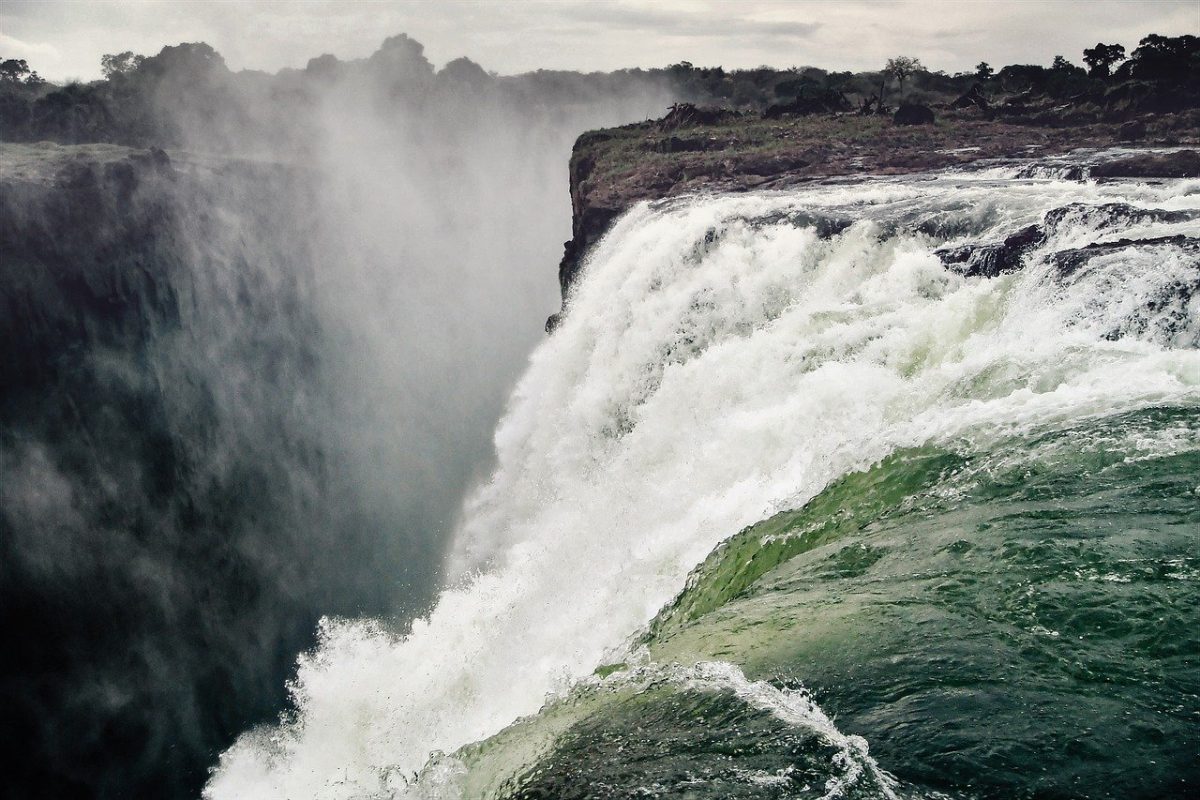 Bitcoin reached as high as $14,049 in the past 24 hours and was trading at $13,807 at press time. Bitcoin’s hold above $13,700 could inspire confidence and perhaps even FOMO among investors in the coming days, especially if the coin moves past $14,000 with strength. This bullish sentiment did not extend to most other large-cap cryptocurrencies. Litecoin, Cosmos, and Dash toiled under selling pressure over the past few days and could be set to register further losses. 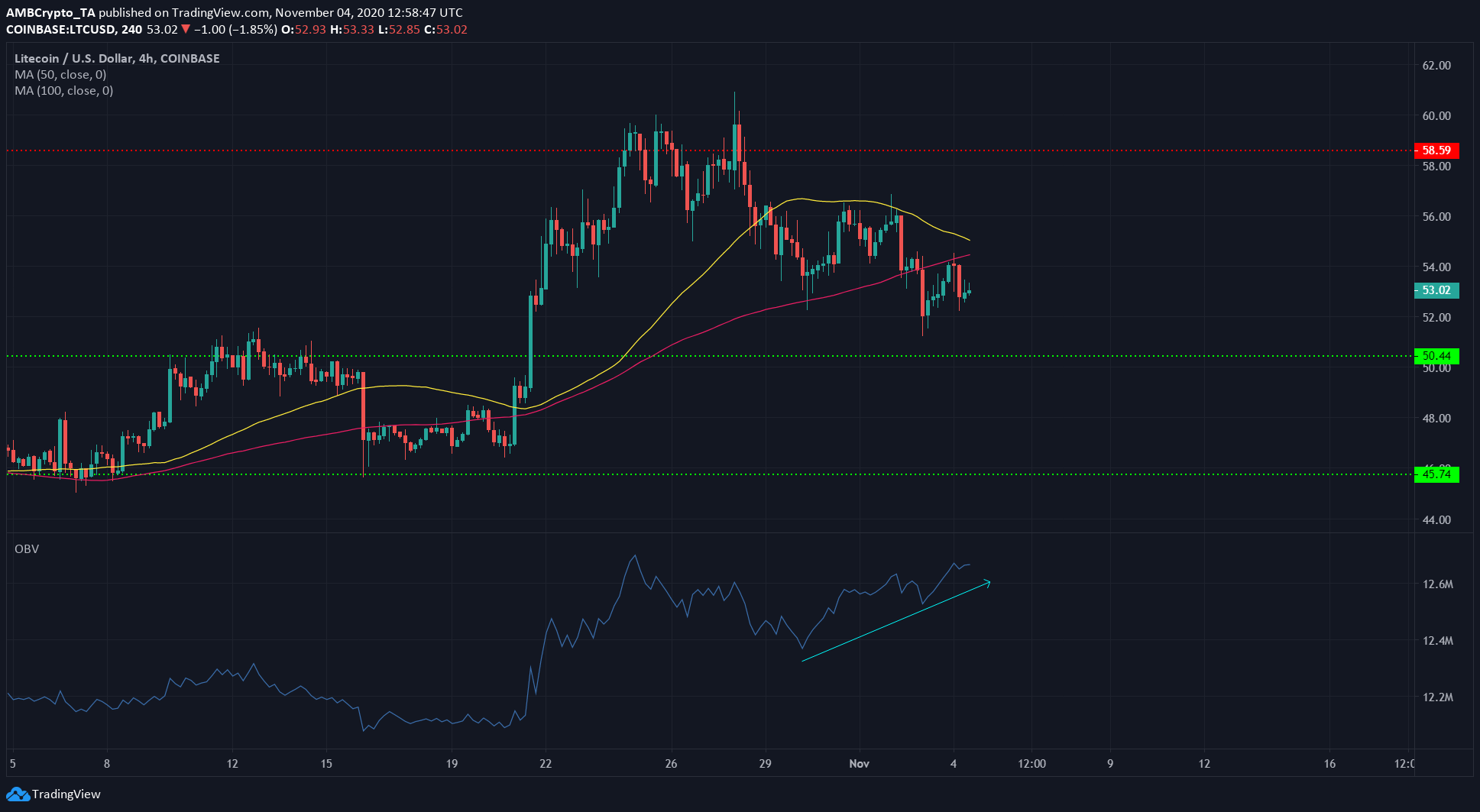 The OBV showed that, in the past few days, the buying volume has been on the rise while the price struggled to move upward.

If LTC closed a trading session above the 100 SMA near $54.4, it could rise toward $56.5. These levels to the upside merit attention, while support at the $50.3 level would also be crucial. 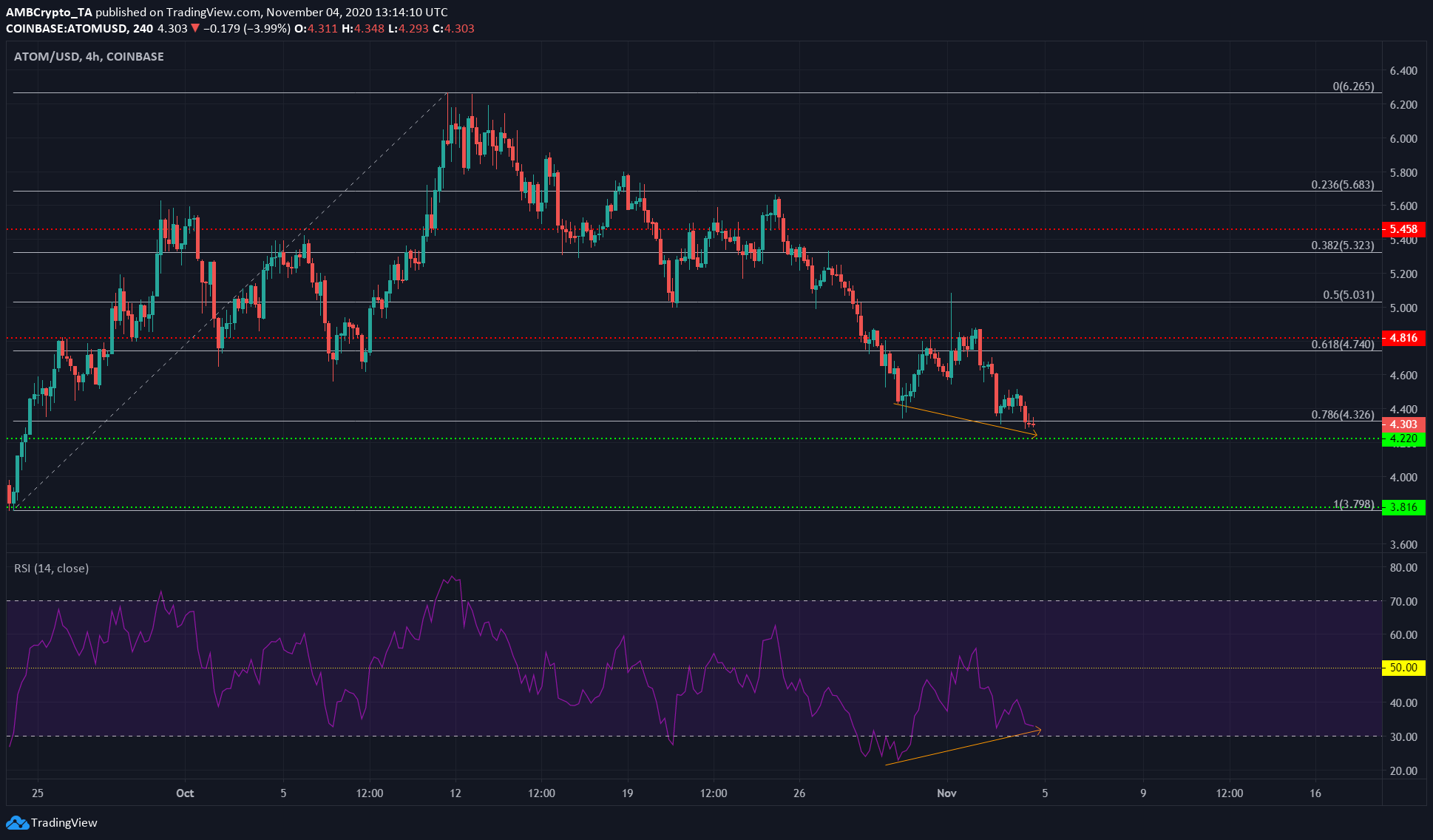 Using the Fibonacci Retracement tool for ATOM’s move up from $3.8 to $6.26, some important levels of retracement were highlighted (white). At the time of writing, ATOM bulls were battling to hold on to the 78.6% retracement level at $4.32 as ATOM slipped beneath.

Yet, there was a bullish divergence (orange) as the price formed lower lows while the momentum indicator (RSI) formed higher lows. This could signal an ATOM bounce, with the next upward zone of interest being the region at $4.74-$4.8.

Prevailing bearish altcoin sentiment could still prevail, and suppress ATOM on an attempted bounce and even force a  drop as low as $3.8 to $4 over the next few days. 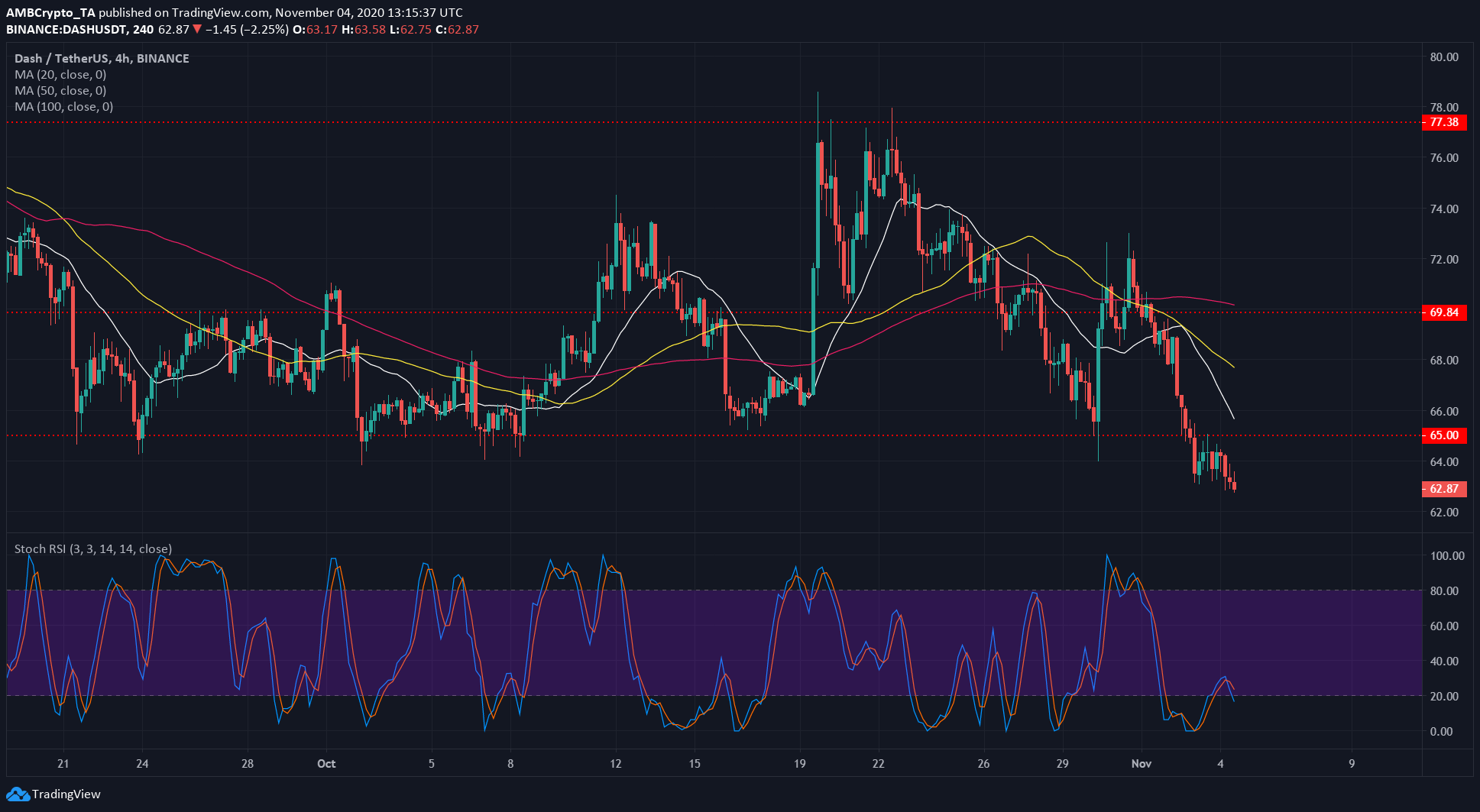 The moving averages showed how strong recent losses have been for DASH. The 20 SMA (white) was unable to keep up with the pace DASH registered losses, while the 50 SMA (yellow) crossed over to beneath the 100 SMA (pink).

After losing the level of support at $65, DASH could be headed to $60, a level it has been trading above since early April.