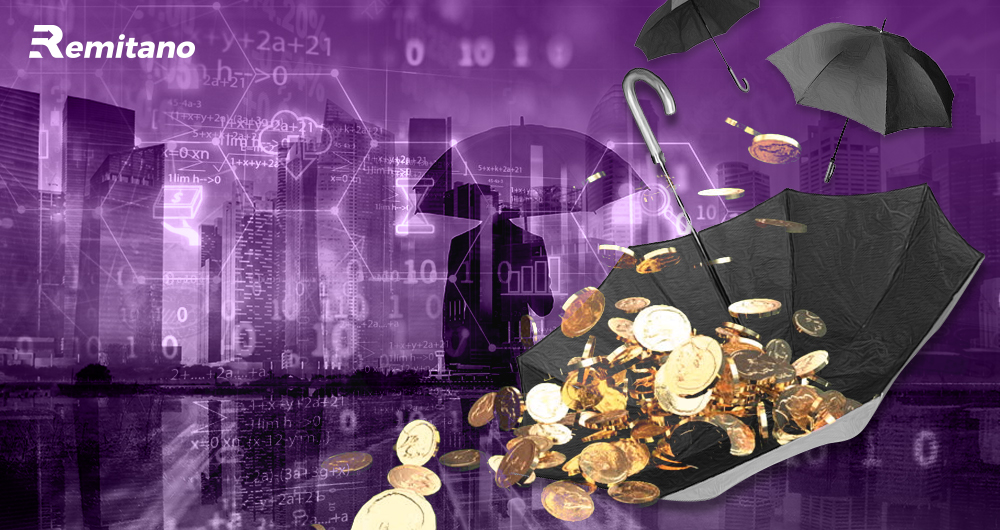 A study conducted last year by PwC concluded that most insurance companies would integrate Distributed Ledger Technologies (DLT) in some capacity by 2021. As of 2019, 81% of major insurance companies answered that they were actively looking into the technology. A fact that may sound surprising considering how conservative this sector of the economy tends to be. Yet, the potential to cut costs in an industry with high competition and low-profit margins becomes a powerful incentive. Additionally, blockchain helps insurance become more responsive to customers, and increase business volume

Right now, one of the main obstacles for insurance companies is high operational costs. In a study made by the analyst firm EY, we find that life insurance in Asia and the US has accumulated costs over 30% and 20% for each region in the past three years. A significant portion of this rise is due to increases in the price of compliance. Two examples are Know Your Customer (KYC) and Anti-Money Laundering (AML) laws. Another major problem is that selling and servicing policies is still a complicated process.

The situation keeps deteriorating as the results show that in the United States, the life insurance market has declined by half a percentage point year by year from twenty-twelve to twenty-seventeen. A situation mirrored in the Asia-pacific region.

Learn more about the insurance industry in Blockchain here.

Why Blockchain in Insurance?

The main driver for industries to adopt new technology is its potential to make operations faster and cheaper. Blockchain can act on both fronts, especially in the insurance industry, which has not changed fundamentally in decades.

It is a fact of life that people don’t want to have to use insurance. By definition, something bad needs to happen for a person to want to buy a policy. On top of that, costumers often have to deal with time-consuming paper forms to apply for a policy or to make a claim. The bureaucratic barriers when dealing with at a customer level are high and discourage many potential buyers.

The insurance world is a very record intensive one, and this means companies have to pay for a large and often complicated database. On top of it, the information has to be secured since many laws penalize heavily any breaches on the client’s information.

The industry is also one where many actors need to coordinate like buyers, brokers, insurance agents, hospitals, regulators, and many more. The effect is an increase in costs that get higher as the business expands, making it difficult to scale the economic model. This restricts the growth prospect of any insurance model.

In these areas, blockchain can be deciding technology that is able to take the industry in a new direction.

Fraud in the industry

The fraud costs on the insurance world have cost people over forty billion dollars a year. This results in a rise of four hundred additional dollars on premium for regular people.

A dramatic reduction o fraudulent claims can be achieved by implementing a blockchain as a ledger that is shared among insurance companies, especially due to its immutability. It can stop dishonest actors from making the same claim to different companies. This is of great value when we consider that insurance remains by large as a local business.

Blockchain will facilitate coordination among insurers. By accessing a shared ledger, they can know if a claim has been paid. This will lead to better information management.

Right now, the industry is still dependent on the use of private investigators and partial information held on public records. The restrictions regarding the sharing of personal information make the job difficult and often costly and prolonged. Blockchain, being cryptographically secure, allows information to be shared across parties without compromising the information of the individual.

By recording insurance policies on a blockchain utilizing smart contracts to automate payments and deal with claims, the Property and Casualty insurance industry can radically transform its business.

The insurance a person buys for their car is a common example of this type. In the case of an accident, we have at least two parties involved, like both drivers in the collision. Now, the insurance company of each has to investigate and reach a conclusion separately. This means duplication of the work and paper trail.

In a Blockchain, information sharing could be automated. This would mean that the third party in these types of cases, the investigators, can see the information of both claimants and reach an unbiased conclusion. The process would be shortened while allowing outcomes to be reached faster.

Perhaps one of the thorniest businesses. The principal ussie here is that sharing personal information is difficult and highly regulated. Here the blockchain would be able to reduce the costs and offer higher levels of security. Patient data will be able to be visible only to those legally allowed to access it. More importantly, only the necessary information would be visible. An employer would not be able to see sensitive data of a worker, like the history of heart disease on his family.

Once a patient need health services, he has to deal with numerous doctors, hospitals, and insurers lengthening the process. The patient’s medical history is fragmented across multiple separate databases. The outdated infrastructure demands hundreds of work hours to tie together all of these dispersed pieces of information.

The encryption native to a blockchain protocol protects a patient’s data while ensuring fast and reliable information sharing. The benefits of this overhaul are so numerous that it would radically change the industry forever.

Learn about other more Healthcare in Blockchain here.

The Future of Insurance

We are in the early days of this incoming change. The industry is still at the Proof of Concept stage. Yet, the promises the technology hold are enough to incentivize all of the actors. After all, whoever succeeds first will have a considerable first-mover-advantage.

As we have seen, the gains are substantial and far-reaching. The insurance industry right now finds itself in a dead-end. The push for things to change and the need is great. As the blockchain industry matures, insurance will be one of the cornerstones of adoption. While most eyes are on DeFi, perhaps a more significant revolution is boiling in this sector of the economy.