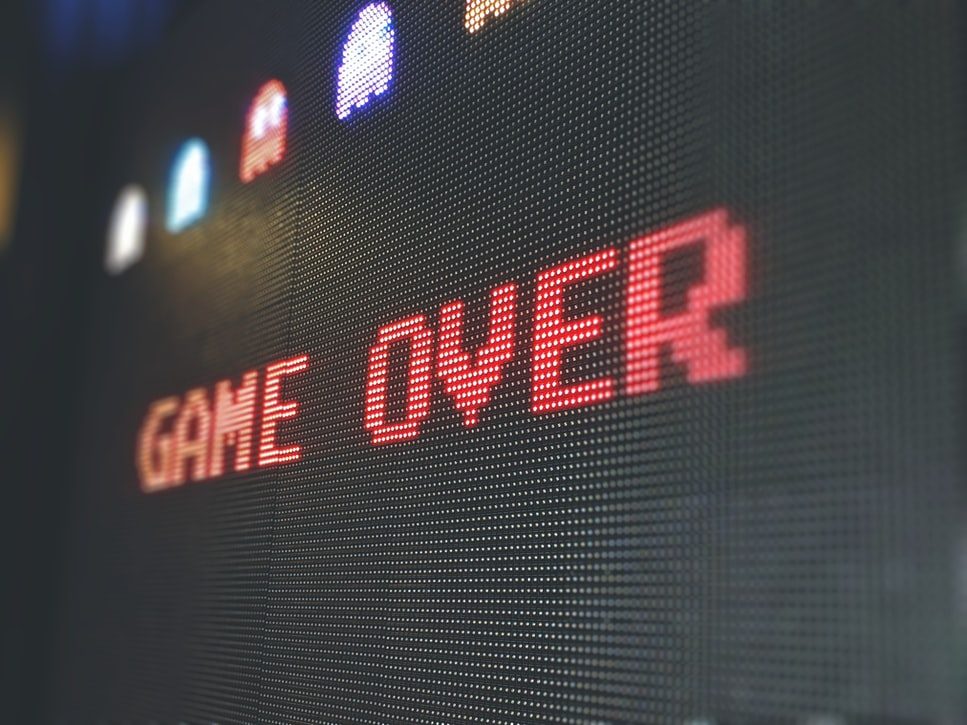 Tether’s market capitalization is 47% higher than XRP and it ranks third, after Bitcoin and Ethereum. Despite being shrouded in controversies, it has led the stablecoin market and added $100 million in market capitalization every day since July 2020. Tether reserves on exchanges dropped in August 2020, however, there was a recovery above the 1.5 billion level in September 2020. 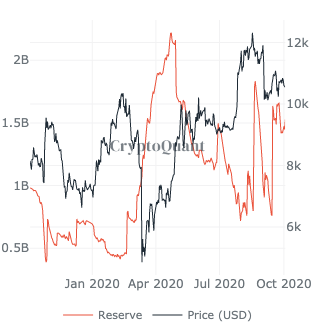 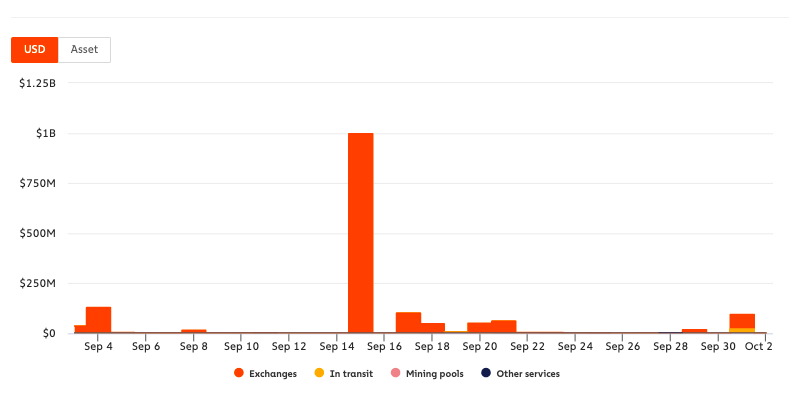 Based on data from Cryptoquant, the dependence of trading activity on Stablecoins is over 2 times higher than it was, at the beginning of 2020. Current stablecoin reserves are at 2.3 billion, against 1.5 billion in January 2020. 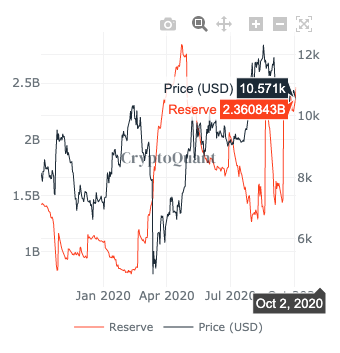 Corresponding to this, Bitcoin’s dominance has dropped and stablecoin market cap and dominance have increased. Thus largely influencing a high percentage of new buyers and retail traders on spot exchanges. If Tether faces charges, though retail investors’ holding in USDT won’t be affected, however, there may be a rush to sell before Bitcoin prices drop further. This may increase Tether market capitalization, and though the Treasury will keep up by minting more Tether and adding to the supply, Bitcoin’s dominance and price may drop below the 200-day average and the $10.5k level that it has sustained.

Tether has provided stability to the crypto market during the downturns in Bitcoin’s cycle and this has had a large impact on the price. It is a cycle. However, to break out from this, traders’ dependence on Tether would have to reduce and other stablecoins would have to capture market share. However, that seems unlikely in the short run. In this case, it may possibly be game over for Tether if it finds itself in the crosshairs of the CFTC.