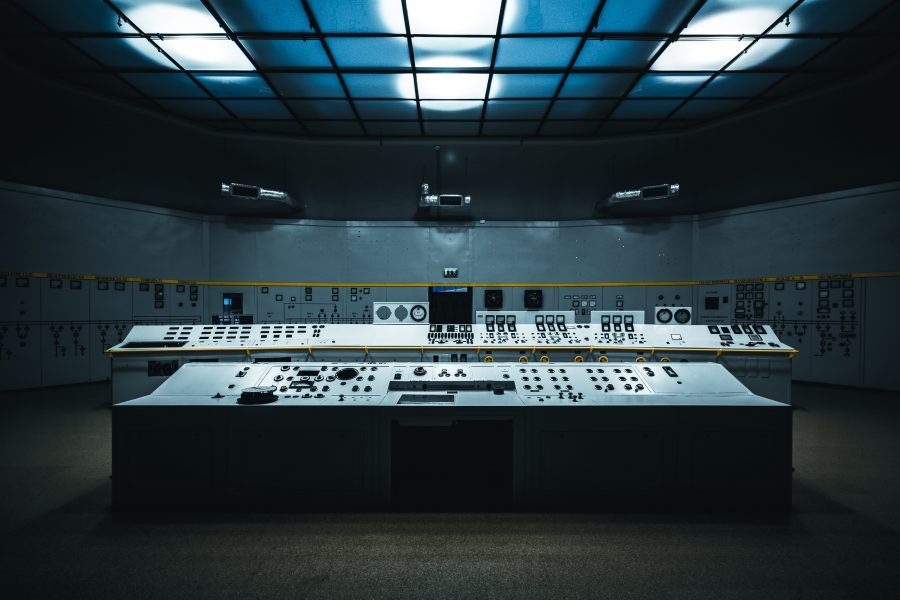 Let us control the money of a nation, and we care not who makes its laws.

Think back to the most powerful men in all of history… History buffs would point to Julius Ceaser, Napolean Bonaparte, or Peter the Great of yesteryear, the politically inclined would suggest Henry Kissinger during the peak of the Cold War, the slew of American Presidents post the second World War, or, in the current state of affairs, Xi Jinping, while those focused on technology would point to the information overlords, Mark Zuckerberg, Sundar Pichai or Jack Dorsey. Everyone has their pick of the puppet-master(s).

In isolation, these tall figures can cause ripple effects that have far-reaching consequences both in terms of time and scale. The externalities of living in a connected world mean that a decision emanating from Washington D.C. or even California can affect citizens on the other side of the globe, so the question remains, how connected are we? And do we really want to be?

A recent snippet of this very ‘tethered world’ we live in was witnessed earlier today, with one of the most powerful individuals on the face of the earth making a key decision, based on the intended effect it would have on one country, but one that spread far beyond. As the Federal Reserve cuts the US interest rate for the first time in over a decade, the cryptocurrency world watched and reveled in its own individual independence and with glee remarked how decentralized it truly is.

On July 31, Jerome Powell, the Chairman of the Federal Reserve cut the US target interest rate by 25 basis points to the range 2.00 – 2.25%. The reasons for the cut was global development implications and a bid to increase inflationary pressure. To add to the fervor, the Chairman stated that this decision is not a standalone one nor is it one in “a long series of cuts,” leaving traders bewildered and markets confused.

Despite the objectives for the expected rates cut being fairly domestic, especially with the onset of yet another election year, several major markets were impacted. 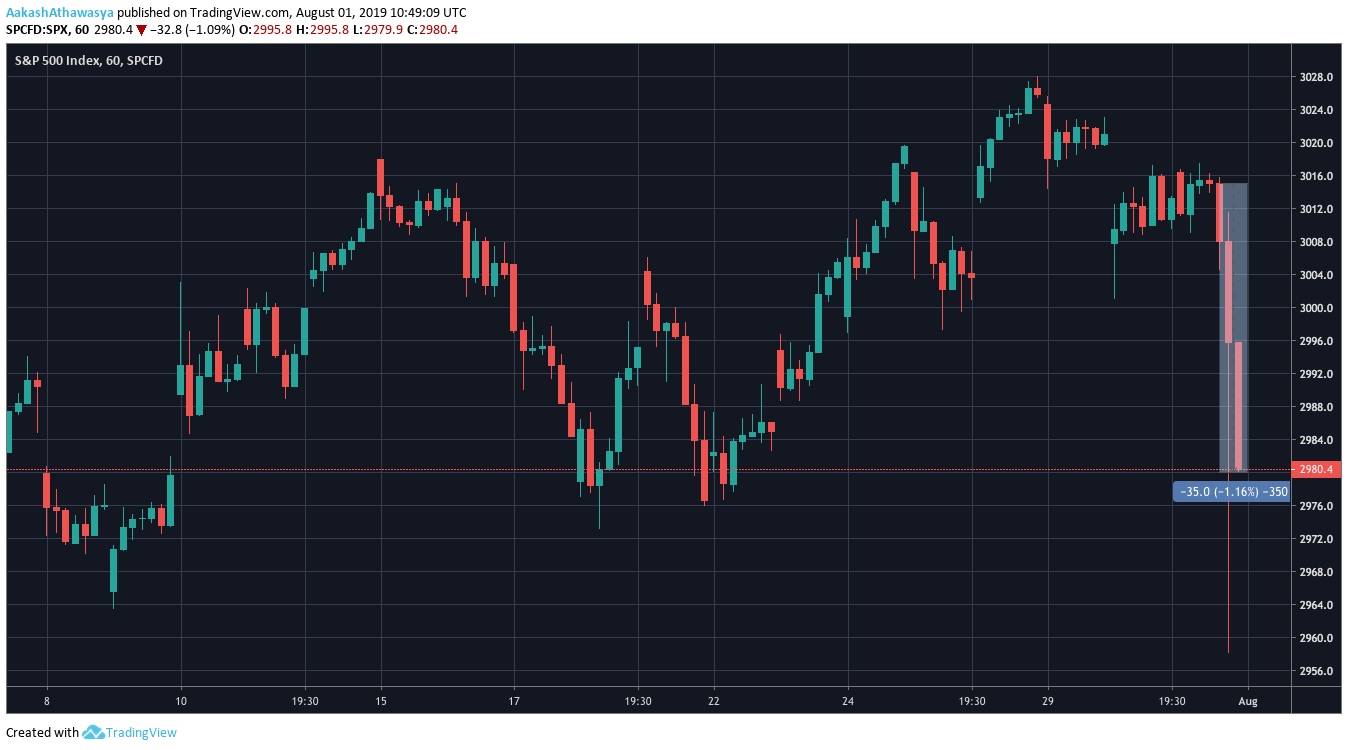 The United States S&P 500 [SPX], tracking the performance of the top 500 largest American companies dropped under 3,000 basis points, dropping by over 1 percent in three hours.  The Dow Jones Industrial Average [DJI], tracking the performance of the 30 largest publicly traded American companies dropped by 1.27 percent at the start of 31 July. What’s, even more, telling was the ripple effects that the decision made by the Fed Chairman had on the domestic companies and economies of other countries given the nexus of the world economy and the global financial system dominated by the United States. 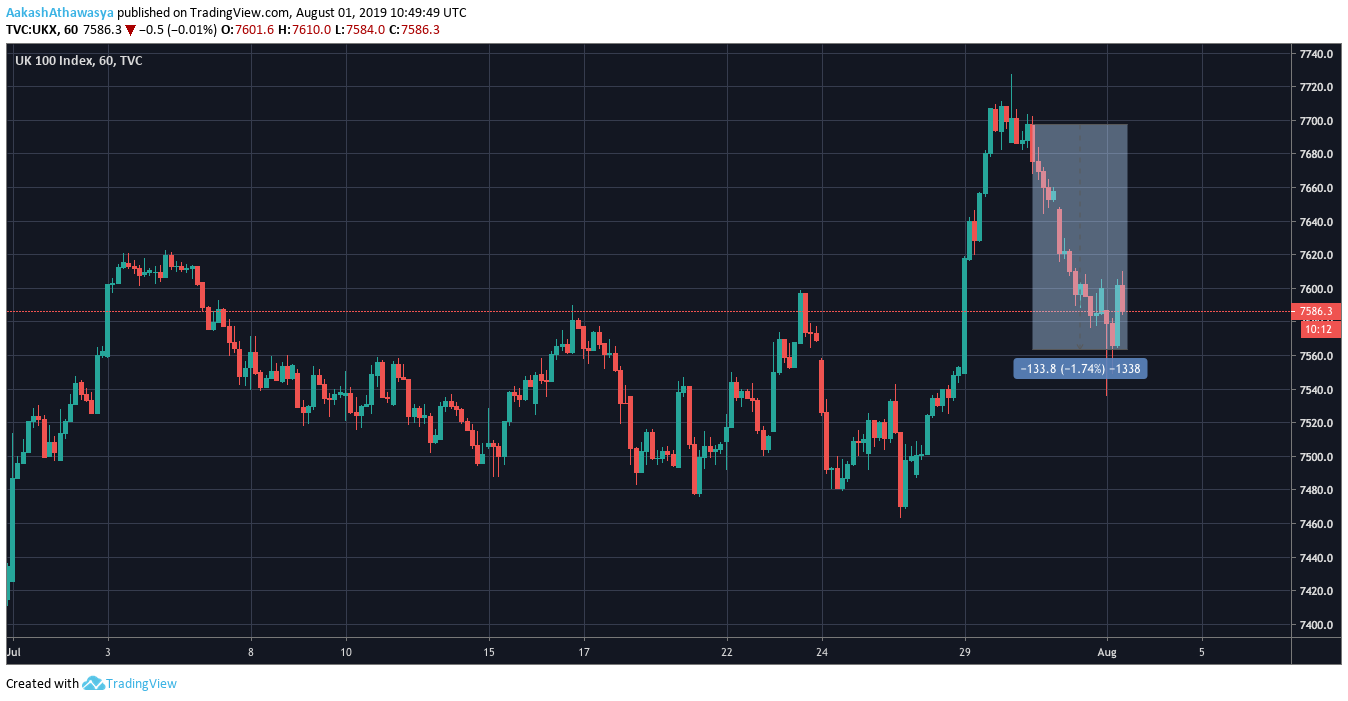 On the eve of expected rates cut the FTSE 100 [UKX], the premier index of the United Kingdom dropped by 1.74 percent by over 100 basis points. Canada’s top index, the Canada S&P TSX also fell by over 100 basis points, dropping by 0.64 percent in less than a half-hour following the announcement. India’s S&P BSE Sensex was also performing poorly since the announcement. Hence the effect of the Federal Reserve rates cut spread across the Atlantic and the Pacific, to cause tremors in domestic stock markets as well. Such is the world of traditional finance.

At the drop of the Fed Reserve Chairman’s hat, global exchange indexes tracking several thousands of companies fell in a near periodic pattern, proving once again how one person can hold an unbelievable degree of power and wield control of the world’s financial markets all at once.

Bitcoin, and the cryptocurrency world disagrees.

Decentralized currency evolved out of many things, one of its core precepts was the struggle for financial control. Born at a time when the Wall Street moguls were treating the world economy as their back-door checking account, destroying the common man’s present and future, while politicians stood ideally by not only doing nothing but bailing out the bankers when the dust settled, cryptocurrency was seen as the answer to centralised control of the economy.

Virtual currencies were created to exit completely from the global financial world, that can so easily be tipped to one side or the other by powerful individuals operating at the helm of regulatory bodies, central banks or sovereign administrations. A few powerful countries could, and still can, dictate how the rest of the world’s finances flow, owing to the control of the strong fiat currencies against the weaker ones, Bitcoin’s systematic and periodic rewards reduction thwarts that issue.

Even from a visual perspective, the fiery image of a scornful Powell will not find a crypto-equivalent. No one person, not an exchange, a DEV, an investment fund, can ever have a single-handed influence on the price of Bitcoin and the thousands of digital assets in the market. Certain big names like Changpeng Zhao, Brian Armstrong, Barry Silbert, and David Schwartz do have an overwhelming grasp on certain aspects of the market, but their lack of complete control is only paralleled by their respect for the decentralized nature of the cryptocurrency industry, and that is what separates it from the traditional financial realm.

Now, ten years after the global financial crisis and since the last instance of the Federal Reserve cutting interest rates the question of centralization of financial control still persists. However, during its second coming, a new savior has emerged and matured as a financial asset one that cannot and will not be controlled by the few, nor the many.

Tether and Bitfinex: In defense of a stablecoin on unstable grounds