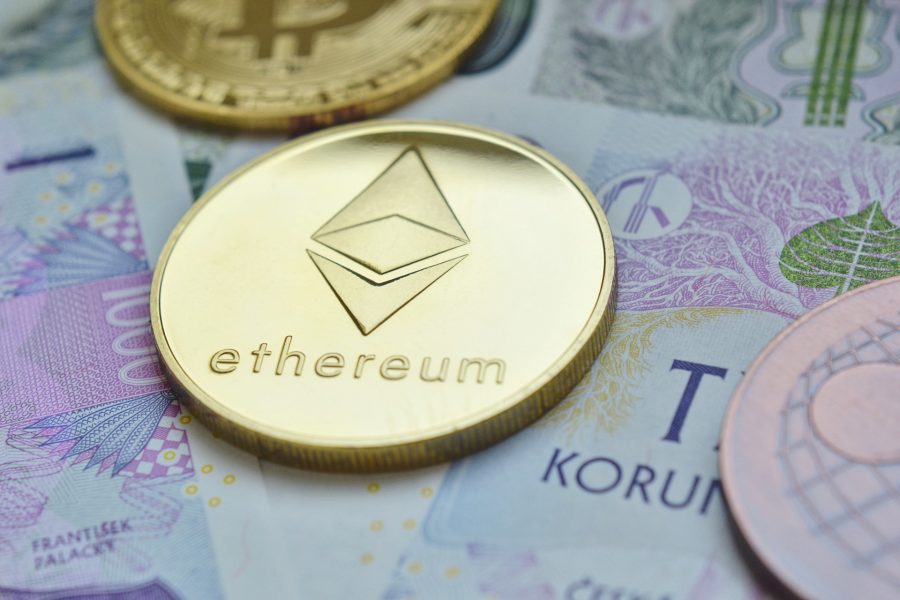 The sudden change in market sentiment pumped the price of Bitcoin over its psychological $9k barrier and like the pied piper it is, the rest of the crypto-market followed its lead. Ethereum [ETH], the second-largest cryptocurrency in the market, also noted a tremendous rise in its price on 5 March. The valuation of the coin rose from $224.49 to $233.68, with the shorts taking over the market. 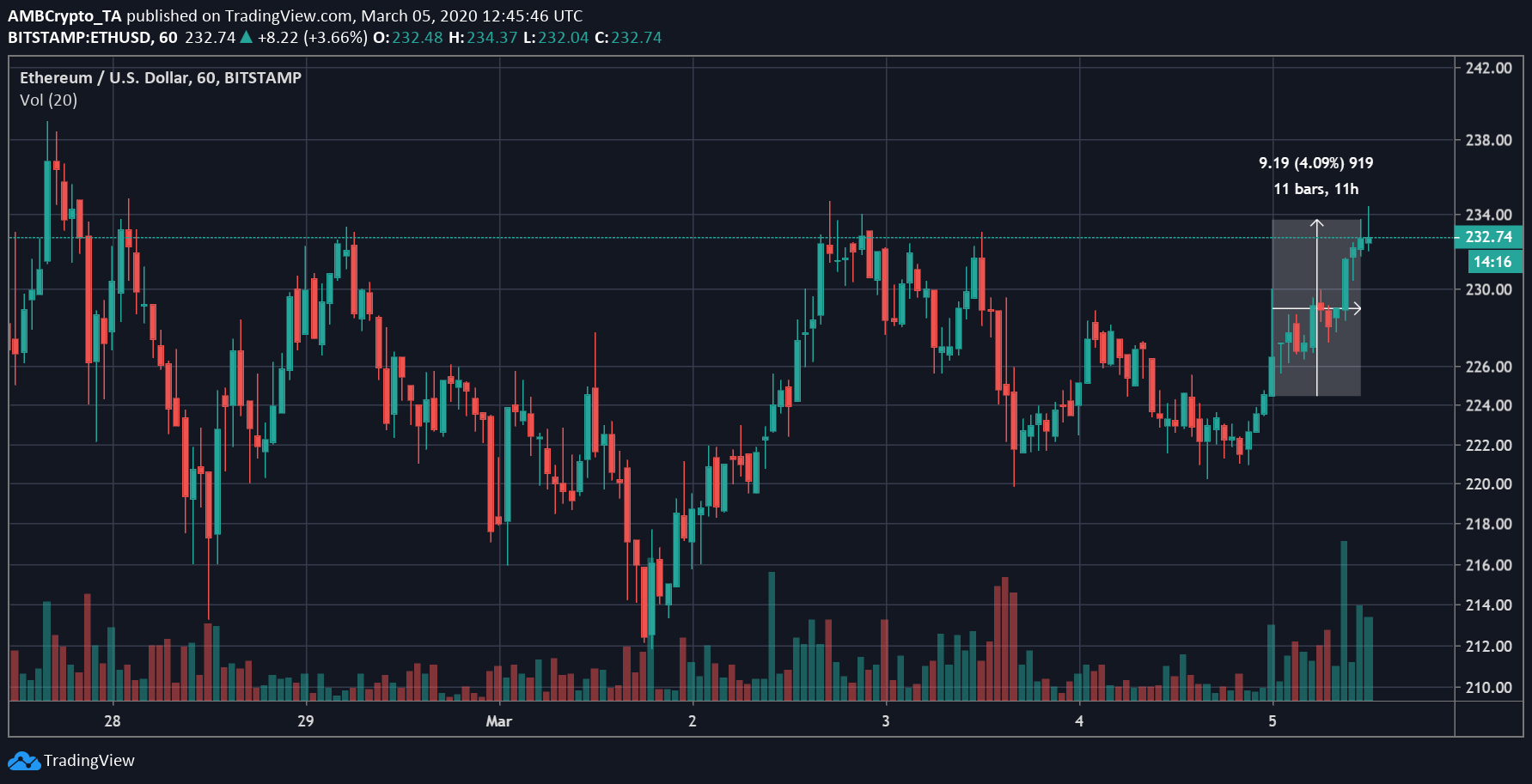 There are different metrics and parameters that can be used to observe the Ethereum market. An interesting finding in this regard is the fact that the top 100 holders of ETH coin have been accumulating higher percentages of the total token supply, noted Santimnet, a crypto-analyst on Twitter.

“Generally, when this kind of accumulation starts to mount, it’s a signal that those who have the most stake in $ETH (and other respective tokens) are beginning to have a collective sentiment of the token being undervalued and believe it’s a great mid to long-term hold play.”

The data suggested that there could be a lag with regard to how long it will take for the accumulation to reflect on the market. However, ETH’s rise on 5 March, while connected to Bitcoin’s rise on the same day, may have been contributed to by this rising accumulation.

Apart from the top holders taking their position in the market, exchanges have also been noting an increased holding of ETH tokens. According to data provided by Token Analyst, 10 exchanges hold almost 17% of the total ETH supply. 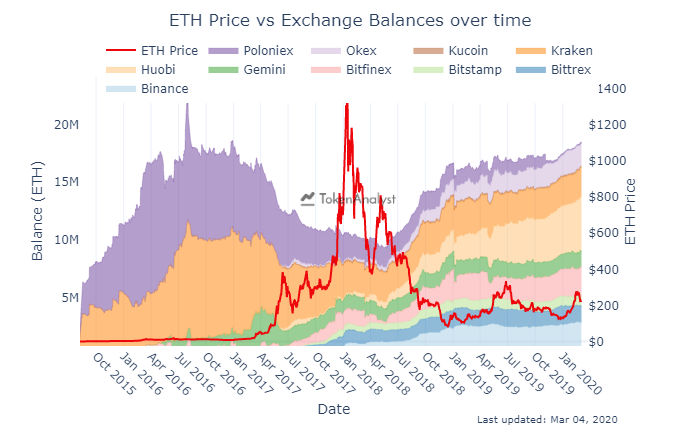 According to the chart provided by the data provider, Huobi Global held the largest sum of all with 4.75 million ETH, whereas Binance, Bitfinex, and Kraken followed with a balance of little over 2 million ETH. The overall data suggested that Poloniex and Kraken held the lion’s share of ETH before the ICO boom, however, other exchanges caught up fairly soon.

Alas, the overall exchange holdings of the ETH token has fallen and according to Ankit Chiplunkar, Research Lead at Token Analyst,

“Crypto balances held by exchanges is inversely correlated to the price of the crypto asset.”

As investors buy more ETHs from exchanges, there are fewer tokens for exchanges to hold. Thus, a fall in exchange holdings could be indicative of an upcoming rise in the second-largest crypto’s price.

Ethereum rallies, but another dip under $229 is likely