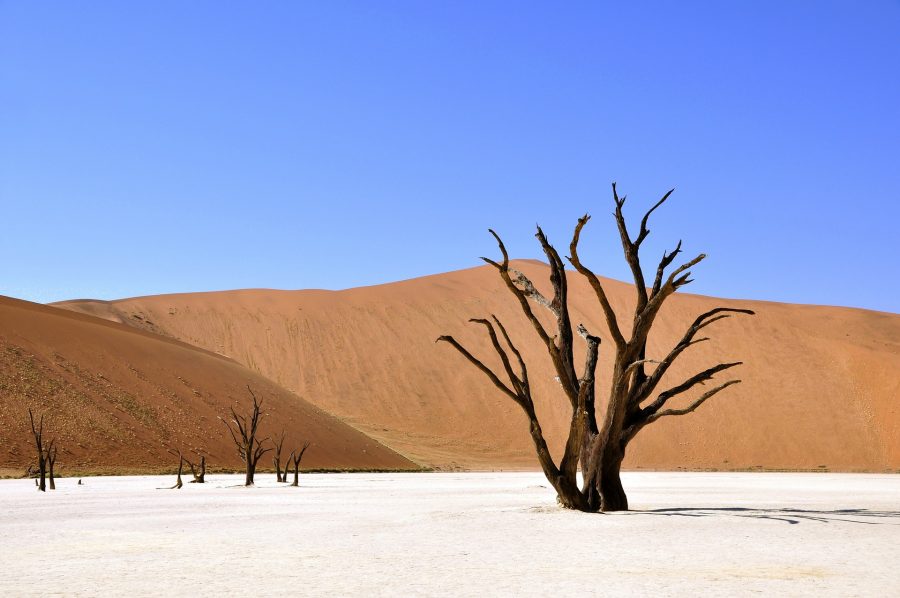 Ethereum’s price witnessed a hike in the last 24-hours as the coin registered a growth of 4.37 percent in an hour. Such a trajectory would usually spur positive sentiments among the community, but Ethereum’s market echoed everything but optimism at press time. At the time of writing, Ethereum was valued at $171.12. 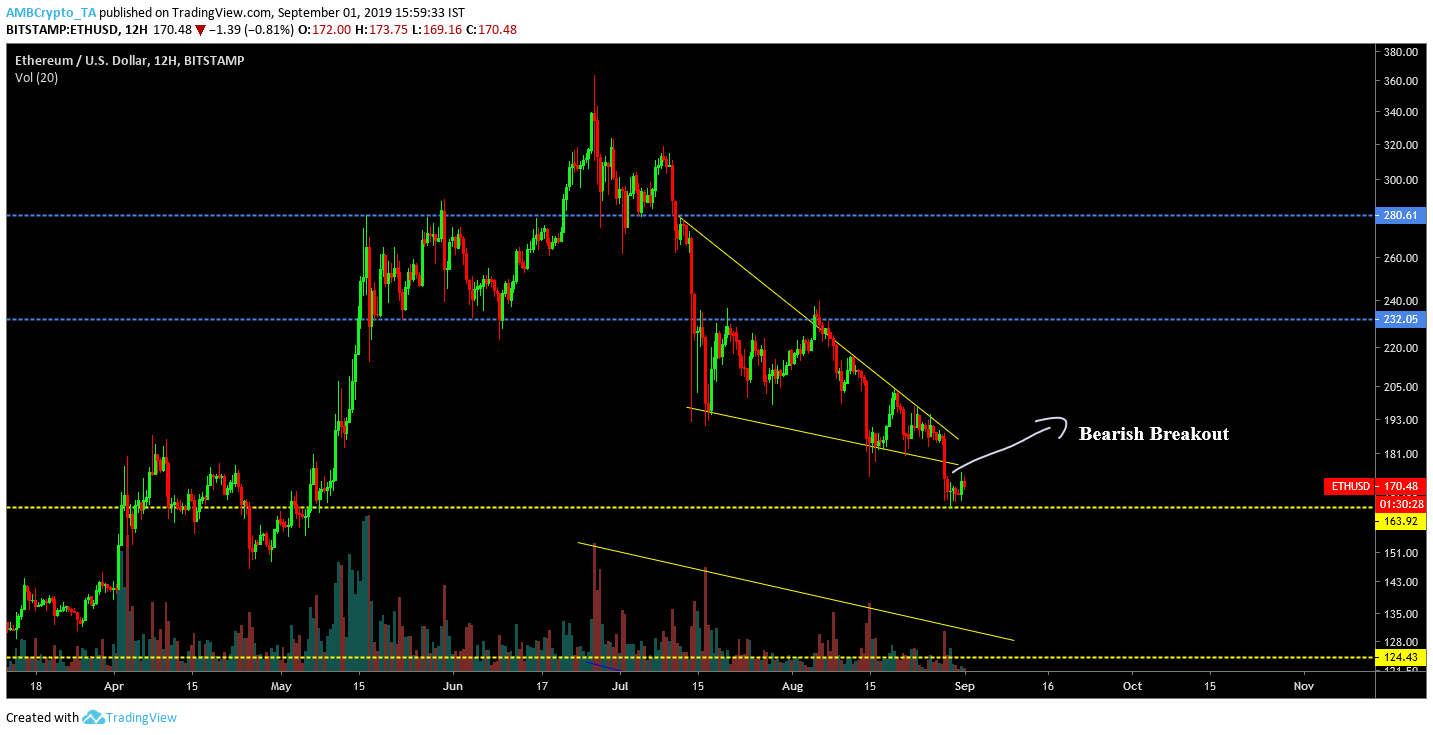 Ethereum’s 12-hour chart was conforming to a falling wedge pattern in the charts. The price continued to test upper trend line of the descending triangle pattern as lower highs and lower lows were formed. The price continued to converge within the pattern and the predicted bullish breakout is yet to happen. The valuation dropped below the $170 range and tested support at $163.92. The trade volume also declined, indicative of absent traders. At press time, the price was slowly rising after the slump but the 1-day chart raised another concern for the coin. 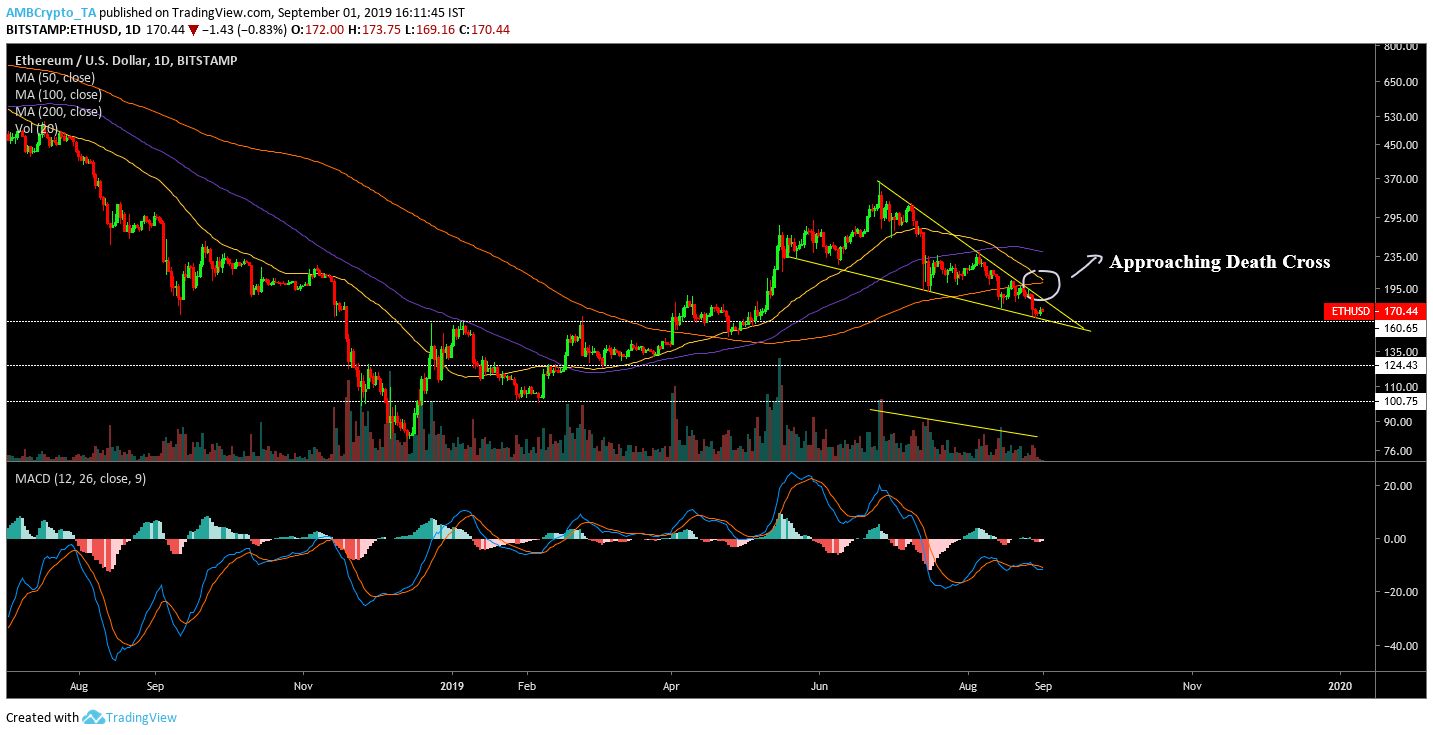 As observed, the 1-day chart also exhibited the formation of a falling wedge. The price was converging within the pattern and the possibility of another bullish breakout was very likely.

However, the Moving Average indicators suggested a different trend. A death-crossover takes place when the 200-day Moving Average indicator starts navigating above the 50-day Moving Average. Ethereum’s price was moving towards the completion of a death-cross, and that is usually followed by a massive bearish trend that progresses over a long period of time. Ethereum witnessed its last death-cross on 10th April 2018 when the coin was priced at $706.72. The bearish trend followed thereafter, and its valuation dropped down to $140.38 over a year.

Ethereum’s price may potentially drop down to as low as $100.75 if the death-crossover takes place, registering a yearly-low for the coin. At press time, the MACD indicator was bearish as well, as the blue line remained under the red line.

The arrival of a death-cross is a major bearish sign for Ethereum. The dreaded trend could have a massive impact on Ethereum’s price, taking its valuation down to as low as $100.75.

Bitcoin is the solution to all the protests going around in the world, says Max Keiser

Facebook’s Libra vs Telegram’s Gram: Why the two are similar and yet so very different