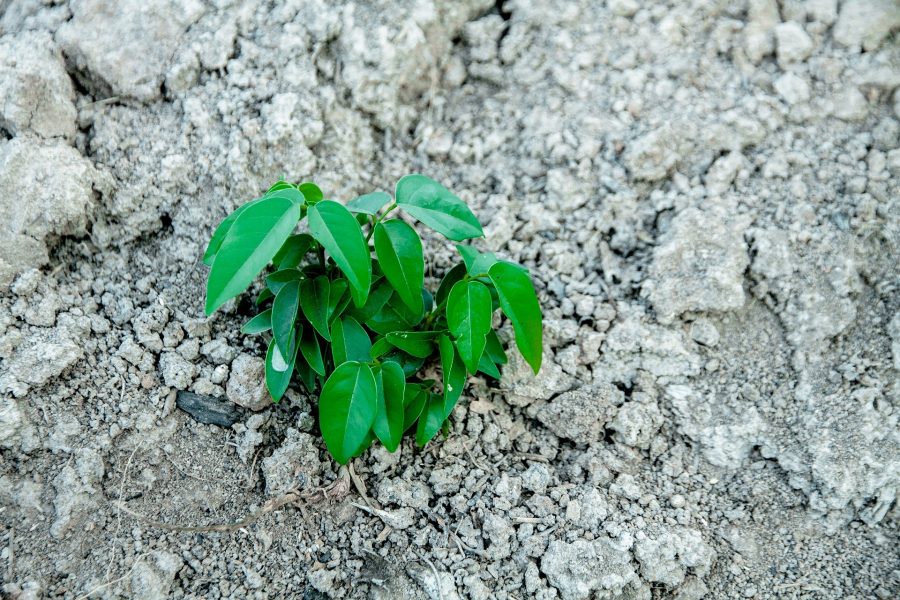 It is difficult to see the light at the end of the tunnel after witnessing a 48 percent dip in the digital asset industry. Ethereum was recording a similar situation at the time of writing, and after the chaotic turnaround on 12 March, the trend seemed significantly bearish for the world’s largest altcoin.

In spite of strong negative sentiment in the market, however, certain investors are blindly hopeful in the derivatives market. 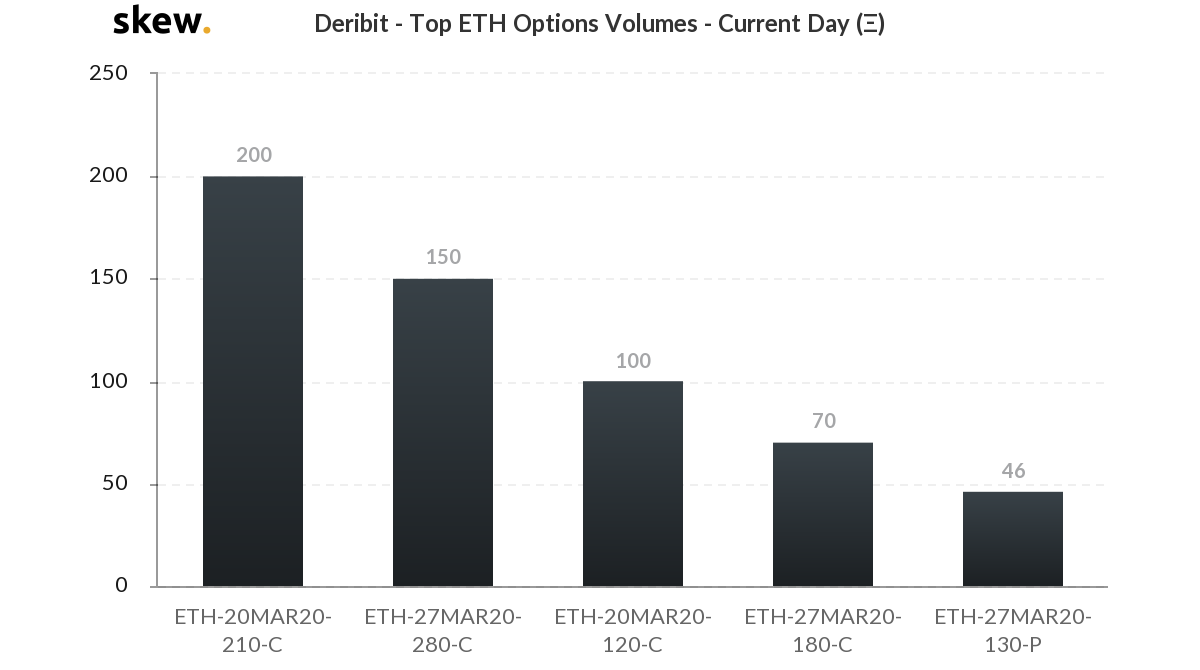 According to recent Skew charts, it was observed that the number of call contracts on Ethereum Options was surging on Deribit exchange. From the aforementioned analysis, it was observed that over 200 contracts put up from 20 March believed that Ethereum’s price would jump above $210 by the expiry date. Another 150 contracts expected the price to reach $280 by 27 March and around 70 ETH Options were expecting the valuation to climb up to $180.

This is interesting as after the recent market fallout, few thought that trading sentiment would be expecting ETH to record a bullish correction within a couple of weeks. 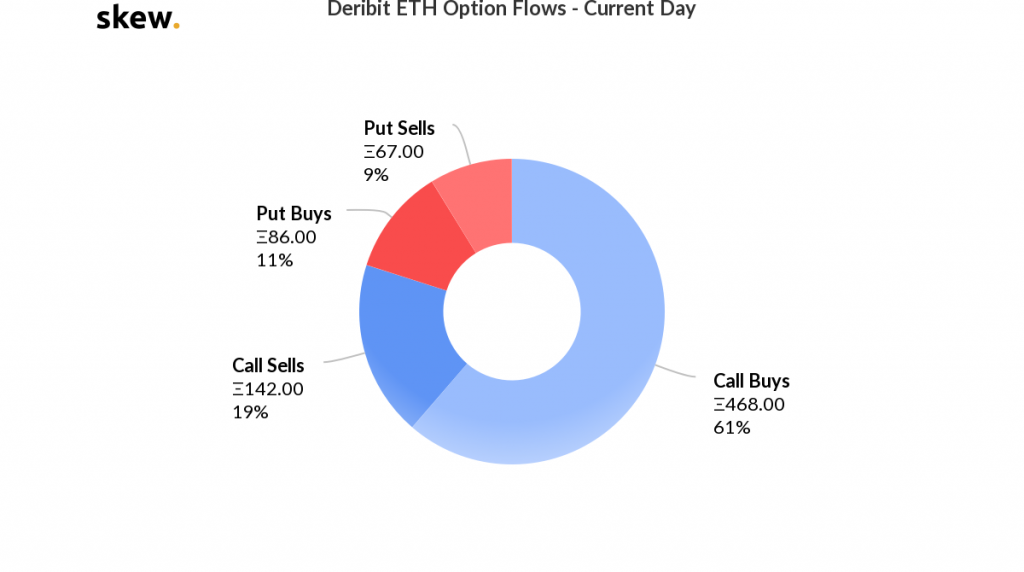 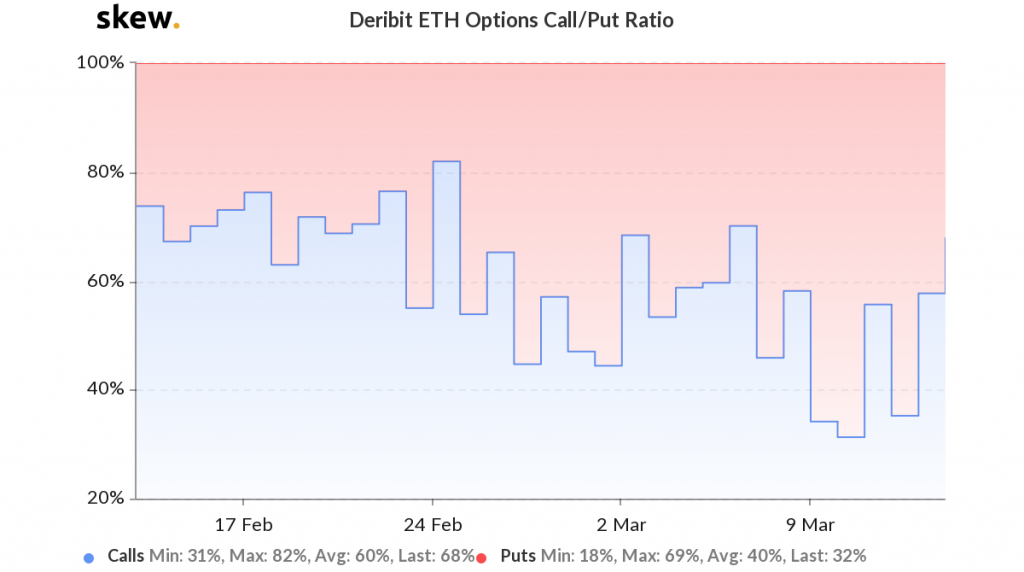 The Call-Buys ratio also dominated the other Options by a market majority of 61 percent, indicating the majority to rise. The Call to Put ratio also remained on the side of the buyers with a dominance of 68 percent, according to the above statistics.

Although Open Interest on ETH Options did not suffer a major slip during the market crash, it is difficult to entertain the idea of Ethereum crossing $180-$200 in such a short period. With trading volumes consistent in the market, the sentiment can flip over the next week as well, and traders may start putting up more put sell orders than Call Buys in the market.

On the bright side, the consistent activity on the derivatives exchange suggested that despite the bearish pullback, investors were relying on ETH Options trade to incur profitable positions, unlike on Bitcoin, whereas OI had substantially dropped on Futures exchanges such as CME and Bakkt.

Time being a crucial factor, would determine the incoming trend, as Bitcoin’s anticipated halving may brew different narratives for Ethereum and the collective digital asset market.

Related Topics:DeribitethereumEthereum Options
Up Next