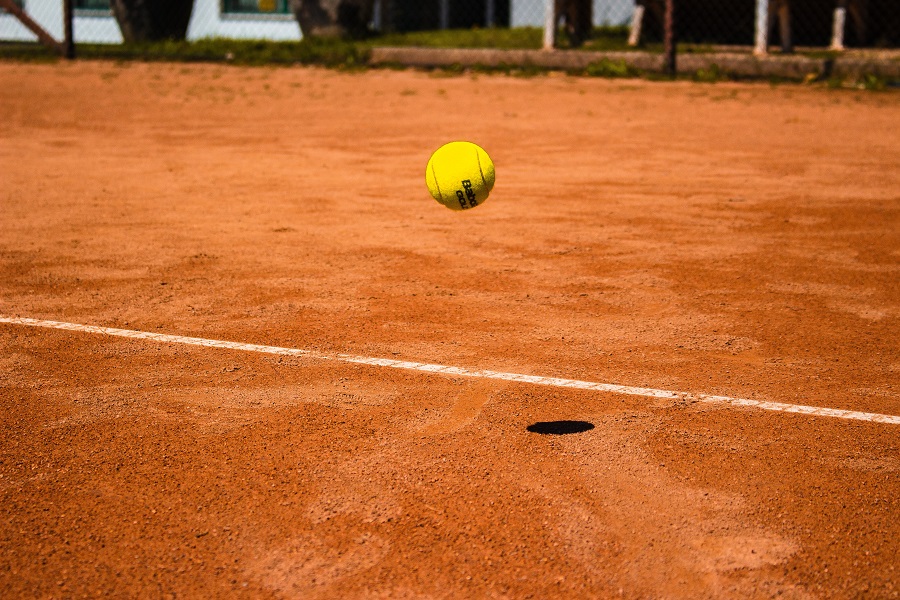 Ethereum, like other altcoins, has surged exponentially in 2020. However, the aforementioned surge is facing resistance and there is a possibility it retraces a lower support. At press time, Ethereum is $12 dollars away from hitting $300 and had a market cap of $29 billion. 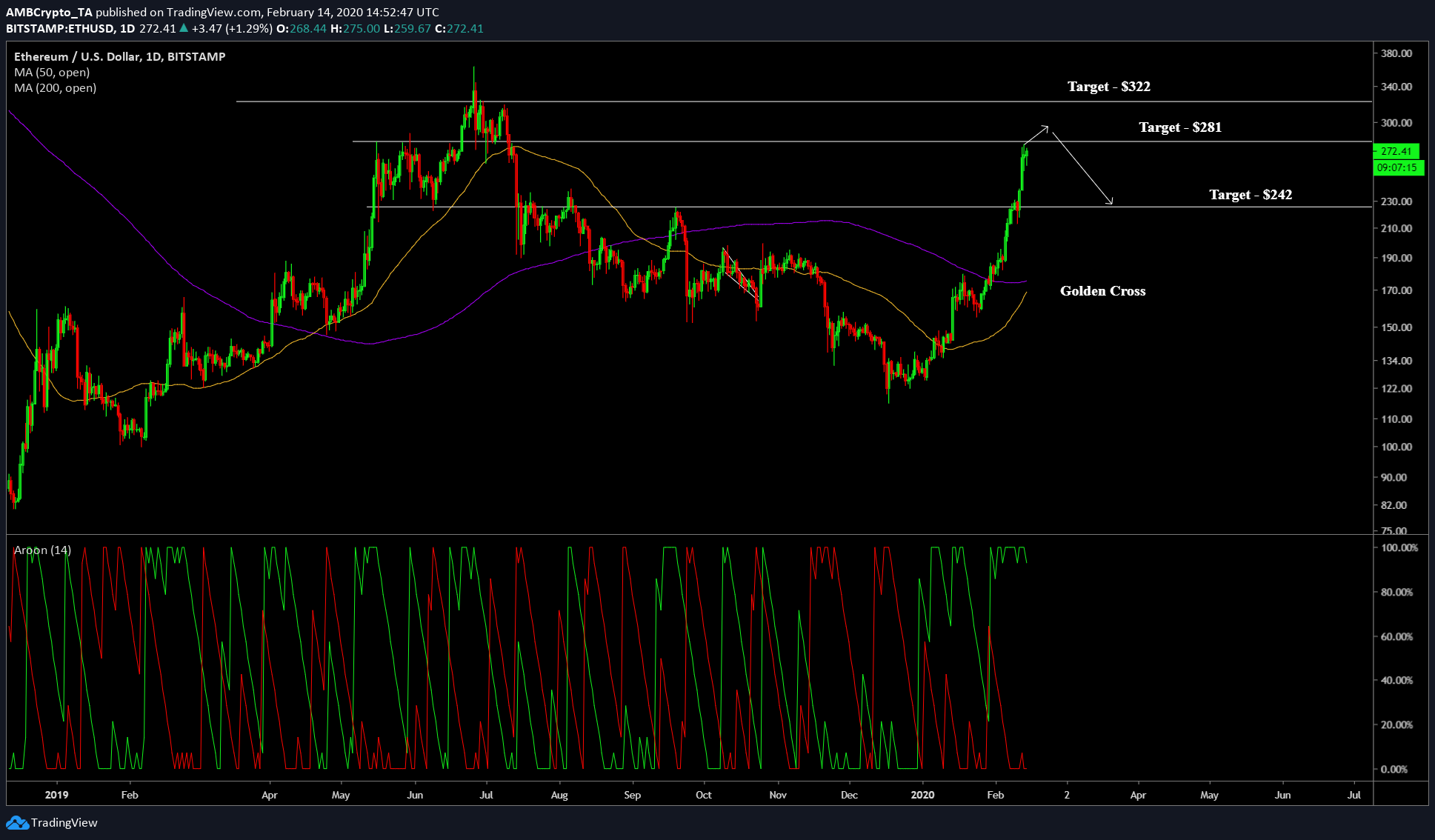 The daily chart for ETH signified the end of the surge as the resistance at $281 is gaping at the incoming rally. However, there is a chance that ETH might climb a few dollars above this resistance and hit $296. This will ultimately fail, however, if the bulls do not have enough momentum, causing the price to be taken over by the bears, thus pushing the price to the said support at $281.

Supporting this scenario is the Aroon indicator which showed the uptrend hitting the top with a simultaneous bottoming of the Aroon down line. This implies that the rally has reached a top and should, theoretically, begin its retracement.

This bearish scenario comes at a time when Ethereum’s golden cross is inches away from taking place. Although the retracement is a minor one, this will not affect the crossover. Ethereum’s RoI is already by 97% since the start of 2020 and since the alt season seems like it’s already on track, the upside over a larger time frame is more likely. 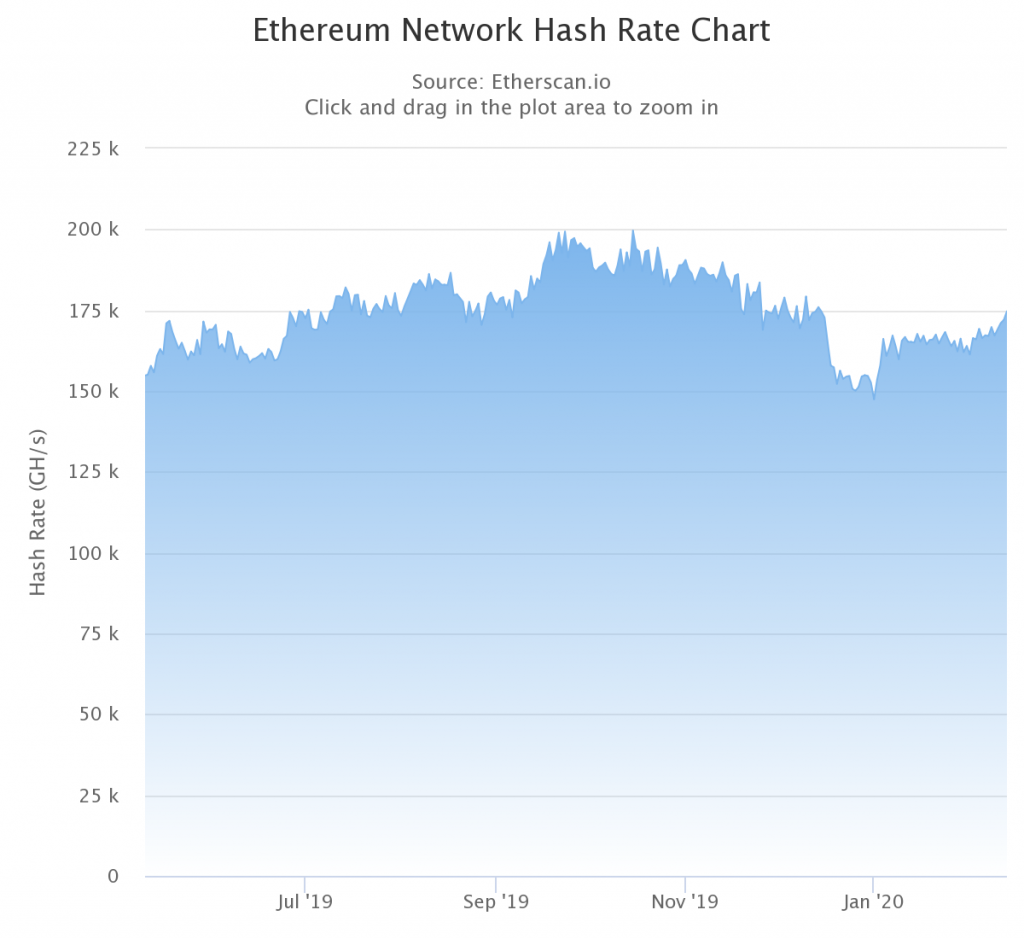 Ethereum’s hash rate, like Bitcoin’s, has plateaued over the last couple of months. However, since the start of February, the hash rate is slowly climbing. At press time, ETH’s hash rate was at $174,690 GH/s. With Ethereum moving into PoS, the mining industry for Ethereum will be obsolete. The anticipation of this, combined with DeFi projects and DApps, have made Ethereum a go-to blockchain for developers.

The adoption of the World Computer aka Ethereum is going to be the main driver of the price; especially since it doesn’t have a cap on the number of coins that can be minted.

Ethereum’s short-term prospects seem bearish. A correction to $242 seems more than likely, especially if the price fails to breach $281. However, if the bullish momentum continues to persist, the price of ETH will push through to $322.