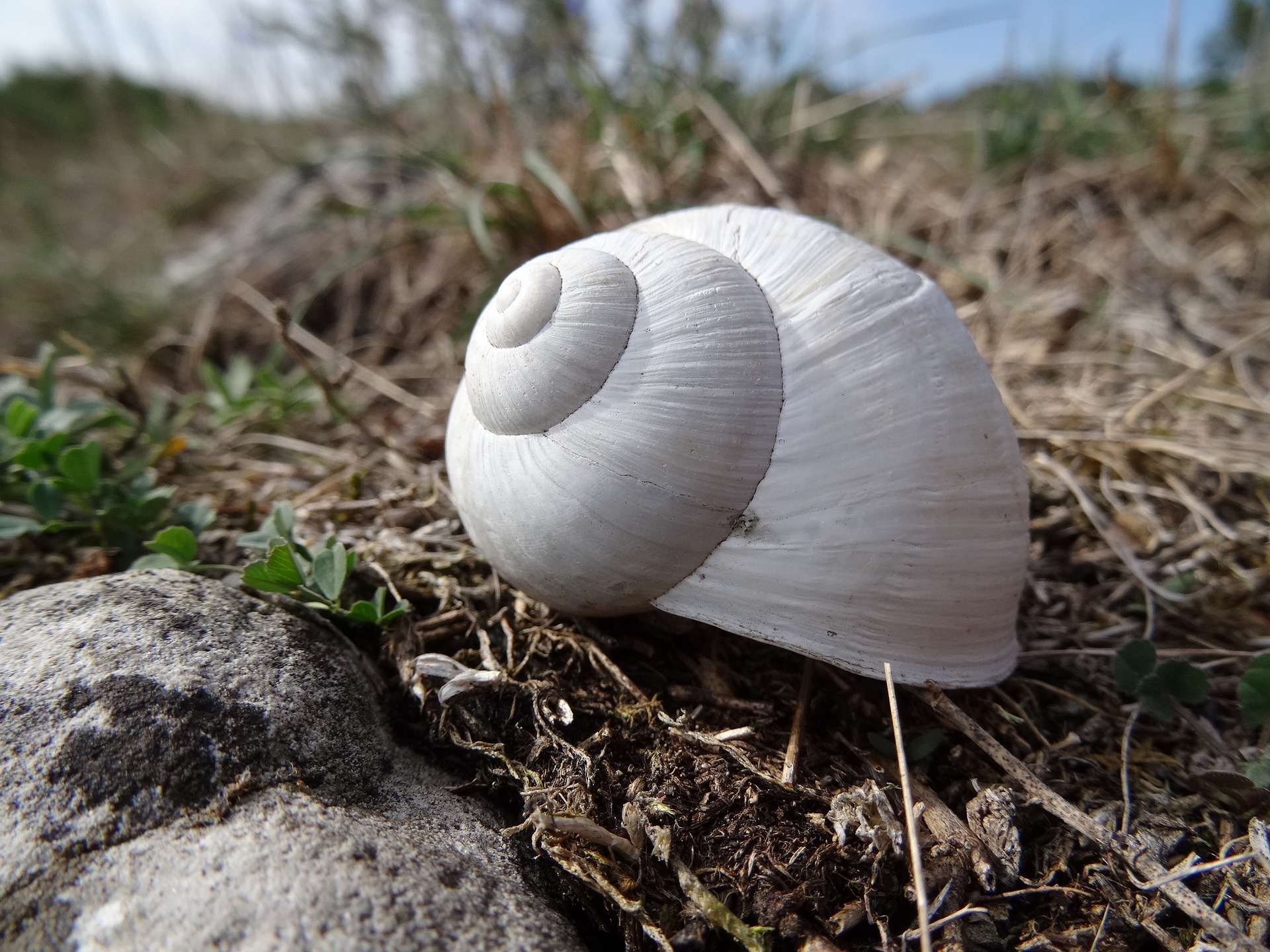 After strong moves near the end of July, Ethereum has been ranging between a trend for a week, while ZCash has dropped in value since the recent highs near $100. Dogecoin is yet to gather momentum after a very successful July. 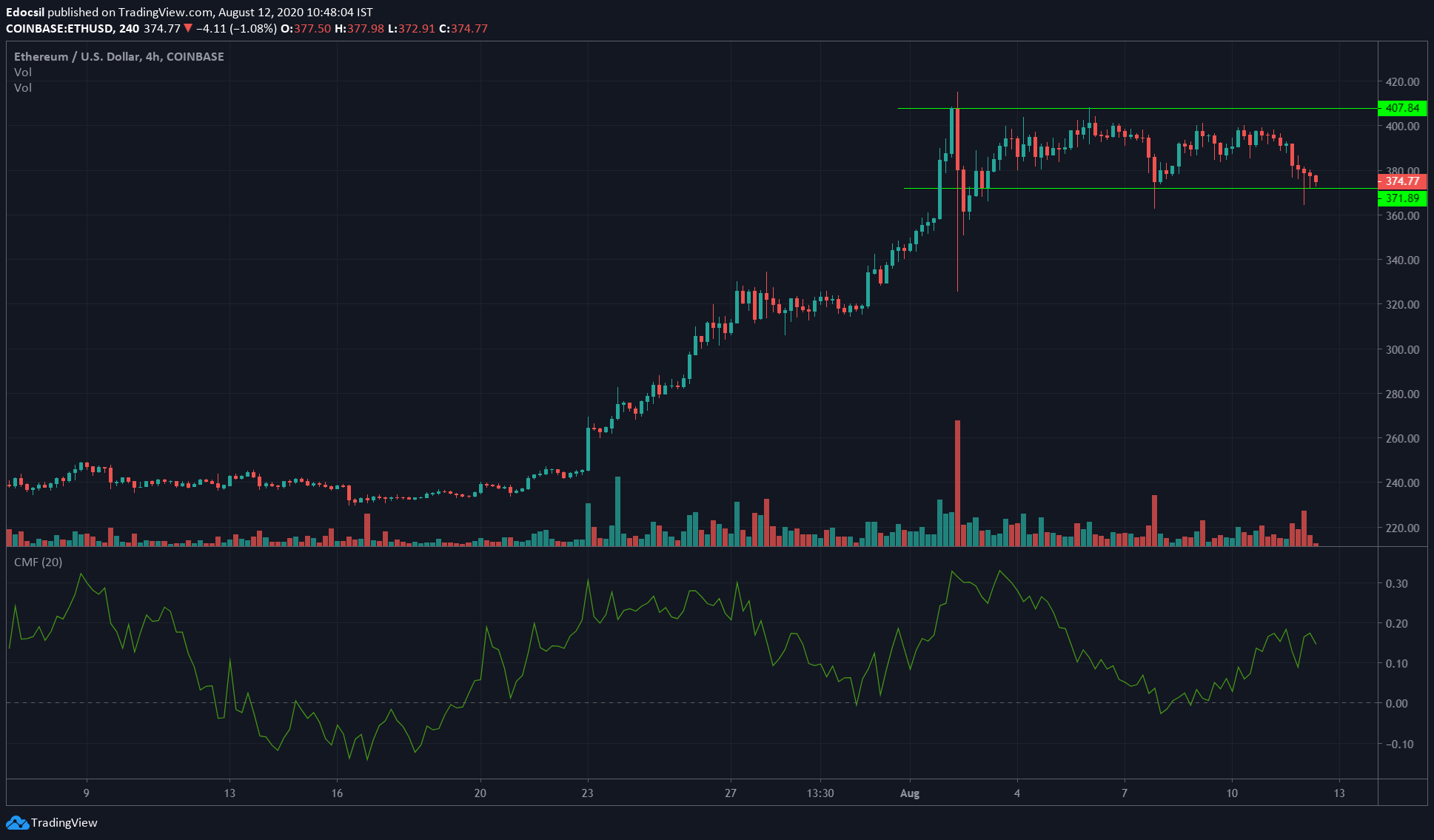 Ethereum has been noting strong positive sentiment on social media. With a market cap of $41.96 billion and a 24-hour volume of $12.87 billion, ETH has been registering positive notes thanks to the performance of DeFi. Ethereum experienced a hiccup a few days ago regarding the actual supply of ETH.

At the time of writing, ETH experienced a ranging price action since marking a high of $415 on August 2. Consolidating between $371 and $407, Ethereum still has money flowing into the market according to the CMF indicator. If the range is breached with good volume, further downward trend can be expected. The more likely outcome would be a bounce and another attempt to rise past $415. 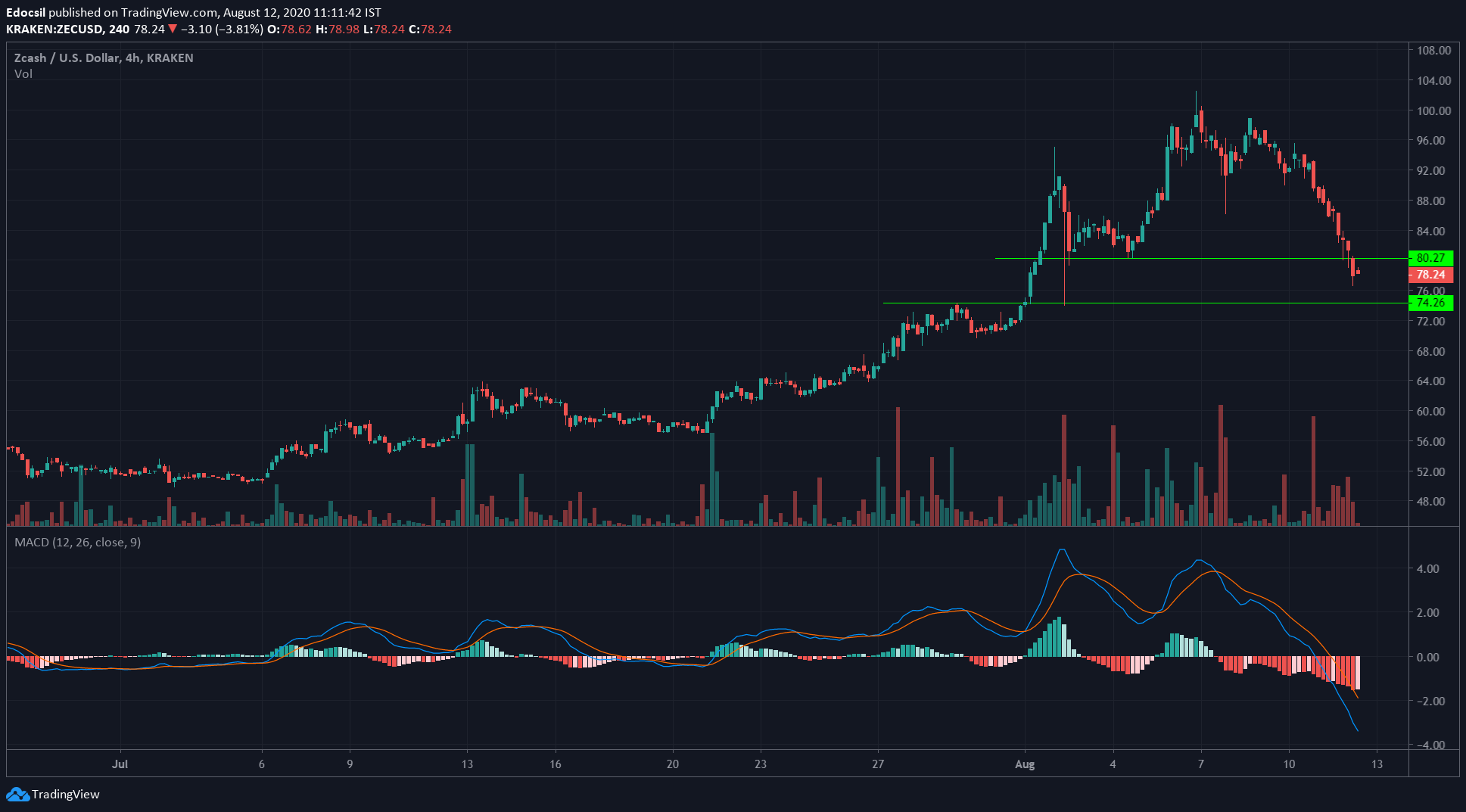 Zcash, ranked 25th on CoinMarketCap’s list, with a market capitalization of $772 million, is one of the most well-known privacy coins. ZEC experienced a price drop and at press time stood at $78.24. Short-term support can be seen at $74.24, and previous support of $80 will need to be reclaimed before the uptrend has a chance of continuing.

The MACD indicator is well into the sell territory. If support at $74 were to hold, ZEC might experience some stagnation. The sell volume for this move downward has been significant, and if it continues, a drop below $74 may be in store. 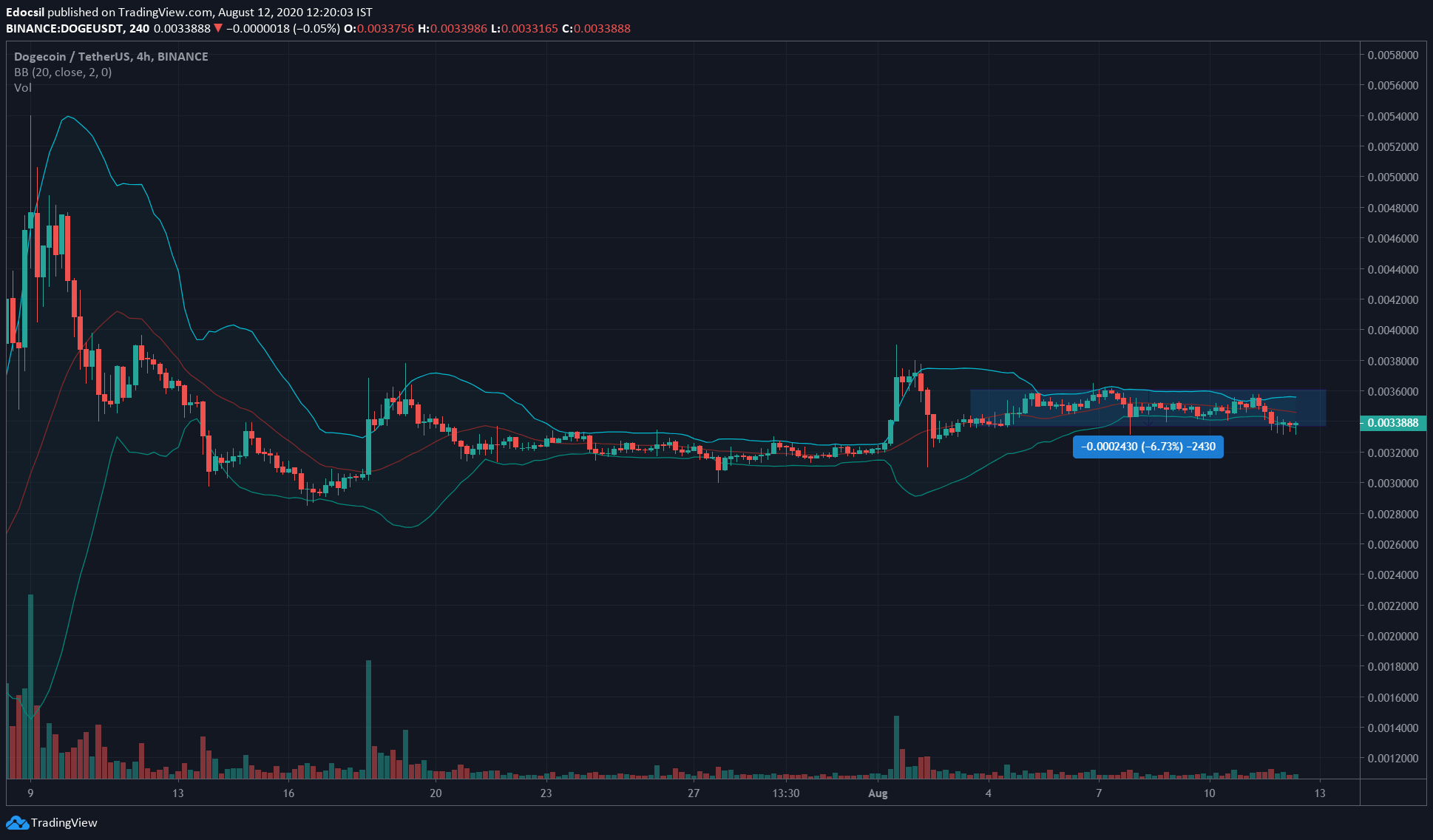 Dogecoin has a circulating supply of 125.8 billion coins at press time and is being traded at $0.00338. The meme-coin has a market cap of $424.64 million and occupies 34th spot on CoinMarketCap’s list.

The coin’s price hasn’t changed much in the past 24 hours. Bollinger bands showed a constriction, with a drop toward the lower bands. This indicated an oversold region. DOGE can experience further drop if it exits the range between $0.0036 and $0.00336, a 6.7% difference. A move with above-average volume can confirm direction either way.

The Babylon Project: A Blockchain Focused Hackathon with a Commitment to Diversity & Inclusion