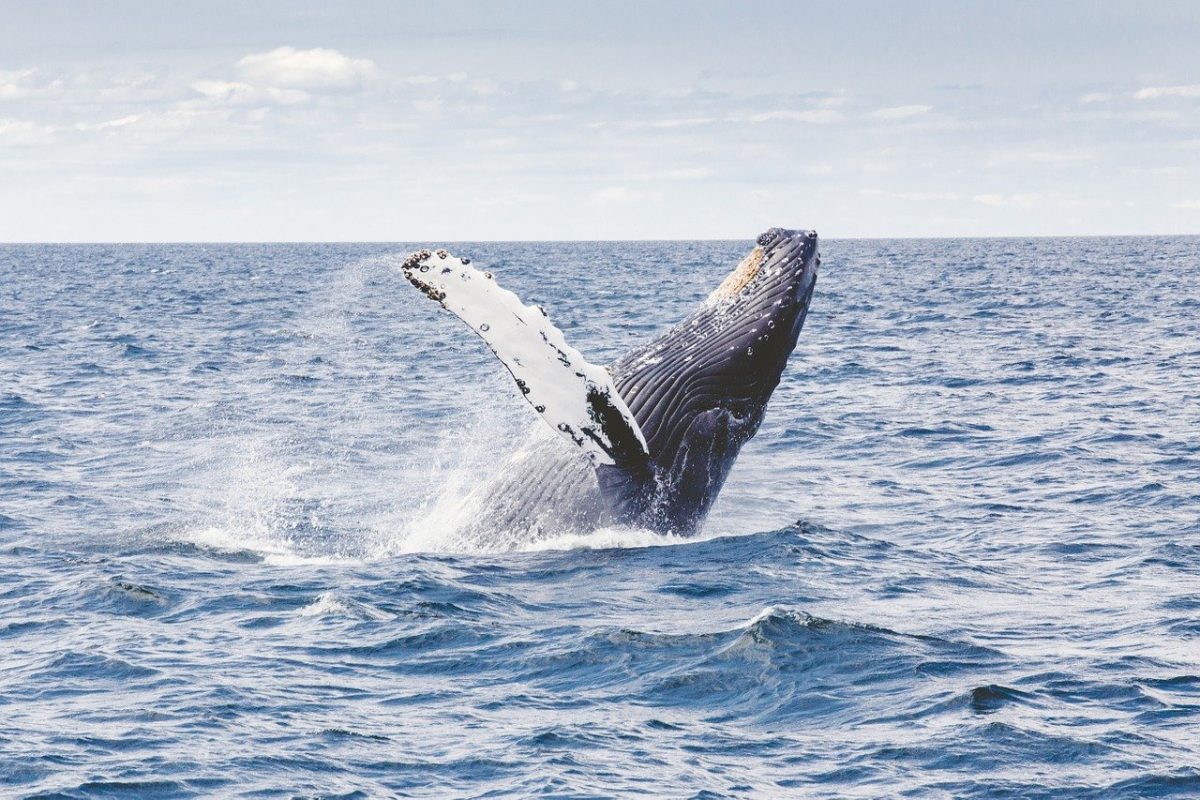 However, dramatic price movements often are an invitation for whales to move funds around. According to data compiled by Whale Alert, within few hours of the aforementioned breach, some of the market’s ETH Whales moved over $530 million worth of ETH between unknown wallets.

In fact, the said funds were moved in a series of consecutive transactions, each amounting to somewhere between 60K and 80K ETH. At the time of writing, ETH was valued at $512, its highest price level since June 2018, and many analysts have predicted that ETH is only going to rise further. Ergo, more whale movements can be expected.

Ethereum’s price movement comes at a good time for the community, especially since until recently, it seemed that the deposit contract was getting filled at a rate slower than expected.

In fact, as reported by Dune Analytics, there is now over 180K worth of ETH in the deposit contract, with the last two days seeing deposits of over 40K each. 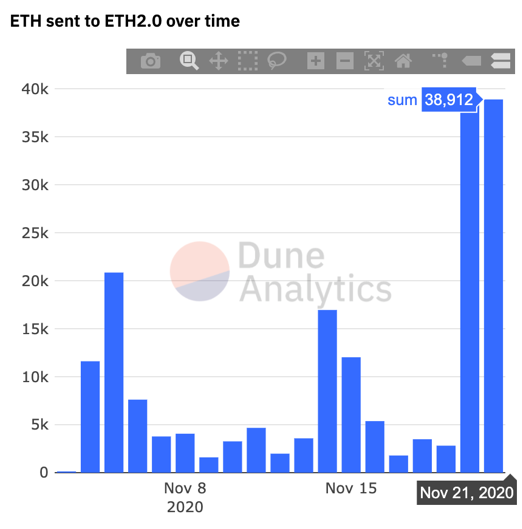 Considering the opportunity cost of staking ETH 2.0 in the deposit contract, ETH Whales were always expected to begin staking closer to the deadline of 24 November. One might argue that the aforementioned ETH transactions had something to do with this, especially since the deposit contract has now met 33.85% of its target.

In fact, in light of the capital being unlocked from Uniswap earlier, data from Nansen suggests that Whales might have withdrawn a significant amount of ETH from Uniswap pools to send it to the ETH 2.0 deposit contract.

The same was pointed out by developer Anthony Sassano who tweeted that a huge amount of ETH had been staked in the last 24 hours.

A huge amount of ETH flooded into the deposit contract over the last 24 hours 👀 https://t.co/BL6RlW6ckJ

As these recent developments suggest, the community can expect a huge amount of ETH to be sent to the deposit contract again in the next few days. As was seen with ETH withdrawals from Uniswap, it is likely that other protocols may see an exodus of ETH as well as users that were waiting for the last possible moment to stake their ETH begin to do so.