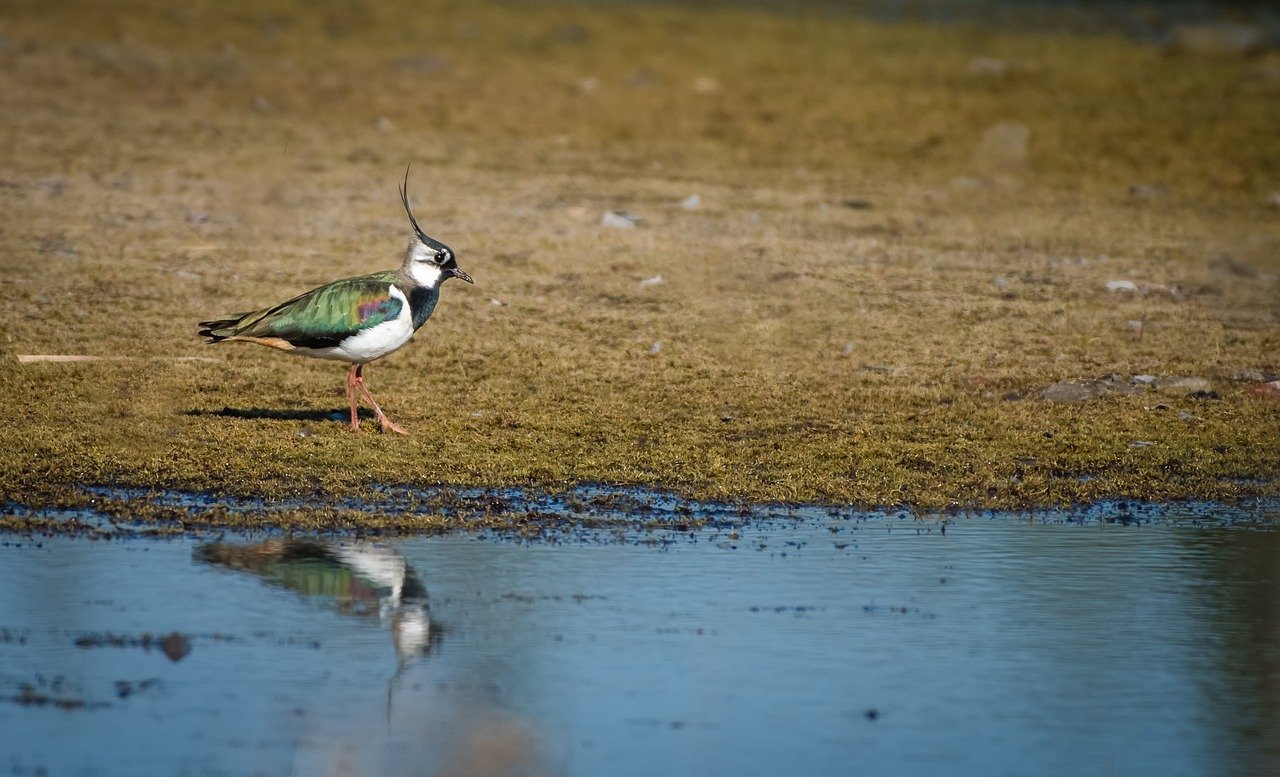 Ethereum registered its highest weekly close in the past 120 weeks with a price level of $601.95. While the short-term outlook and momentum remained neutral over the past few days, ETH bulls might be able to bounce off the $580-support and attempt to go past $620. NEM and FTX Token were also on a strong uptrend over the past month, before their movements were stalled over the past week. 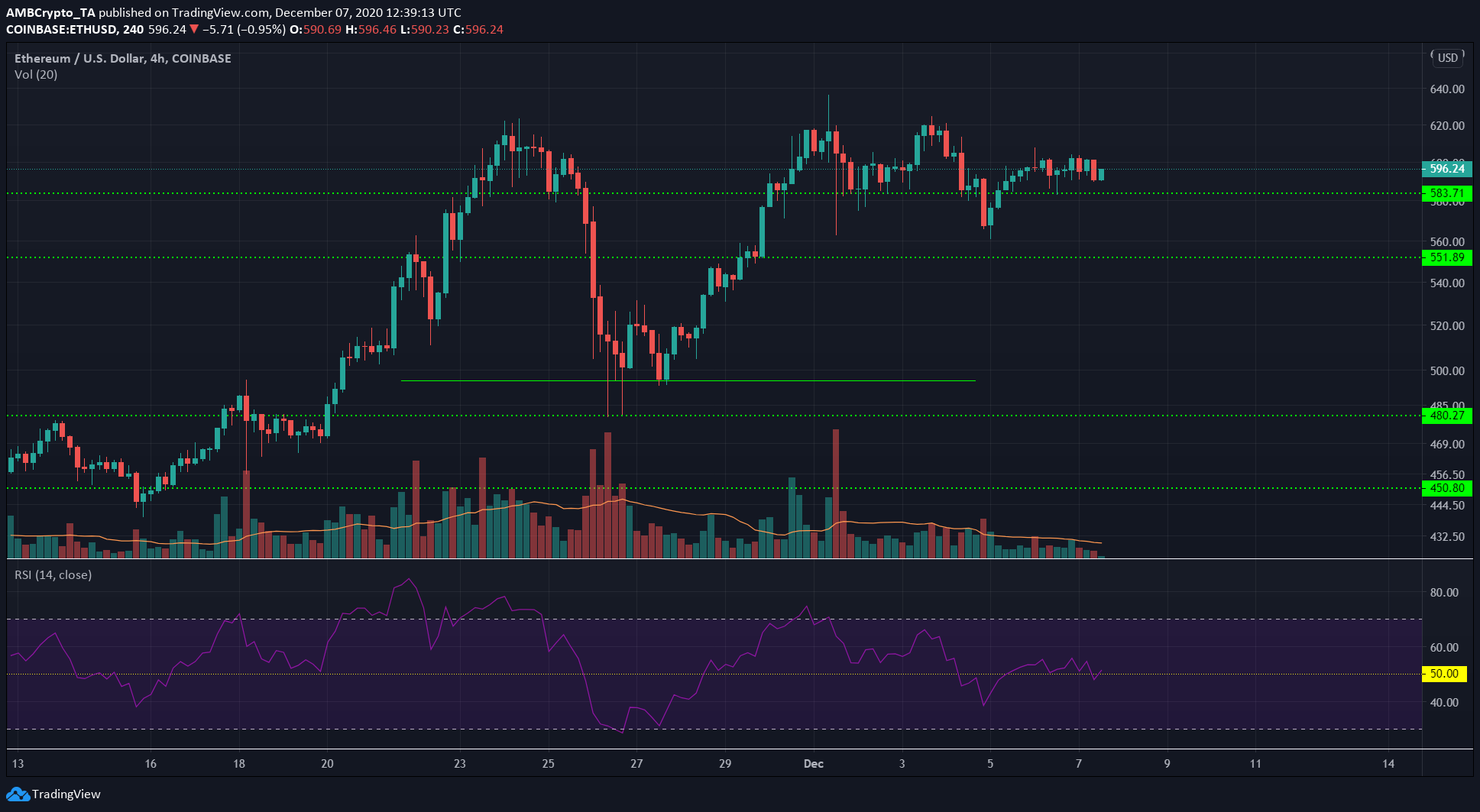 The level at $580 is a level that bulls would seek to hold on to in an attempt to force the price back above $620 in the coming days.

The price has been trading sideways in the $580-$600 range over the past few days, but this price action backed by low trading volume was indicative of gathering momentum and a likely surge upwards.

The RSI underlined neutral momentum and a non-existent trend over the 4-hour timeframe. 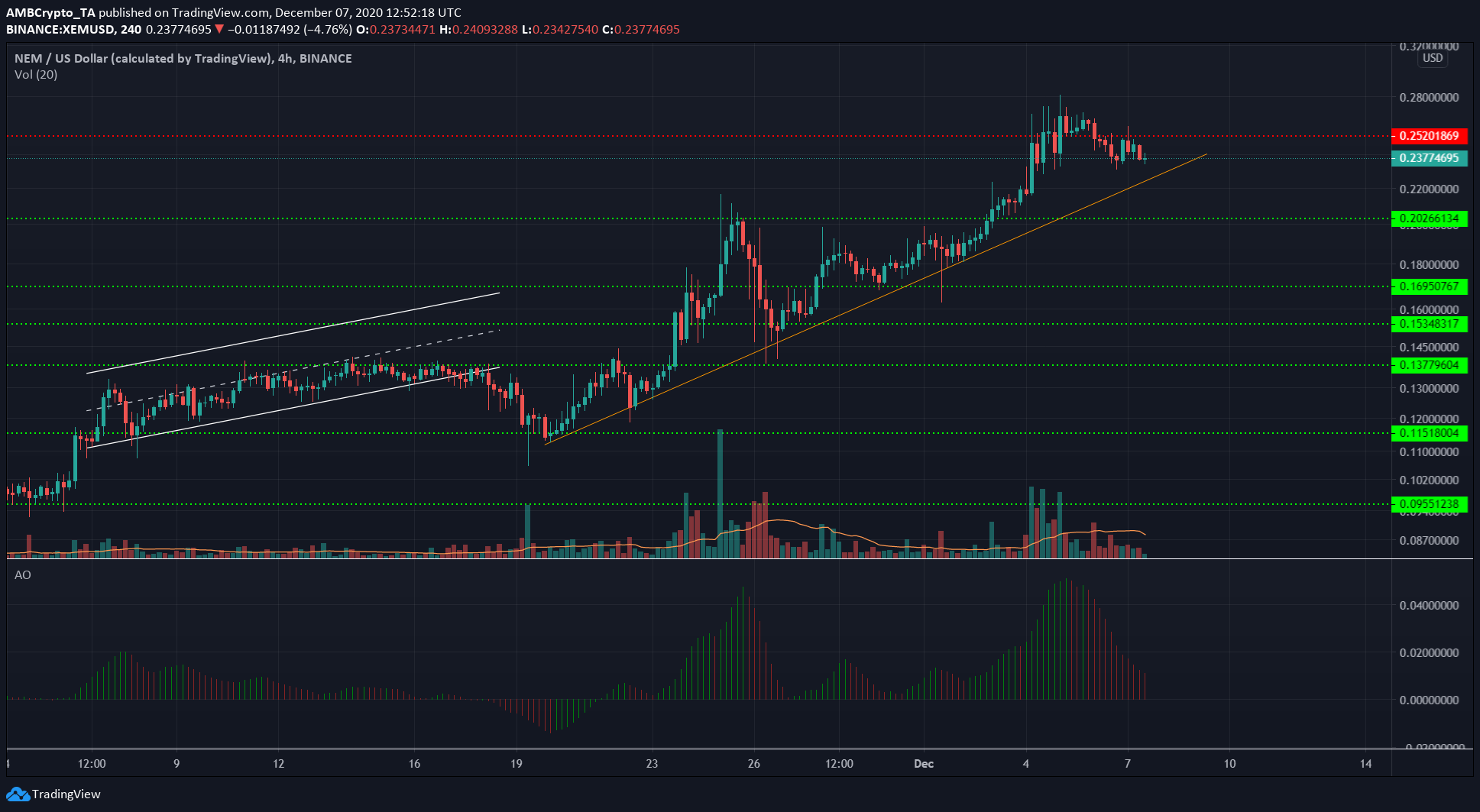 NEM was on a steady uptrend and the Awesome Oscillator was also in bullish territory. However, it showed that bullish momentum was waning and the price could see a pullback to retest the trendline support.

A level of resistance for XEM lay at $0.252. A support level at $0.2 could emerge if the trendline does not hold on to the support level it had at press time. 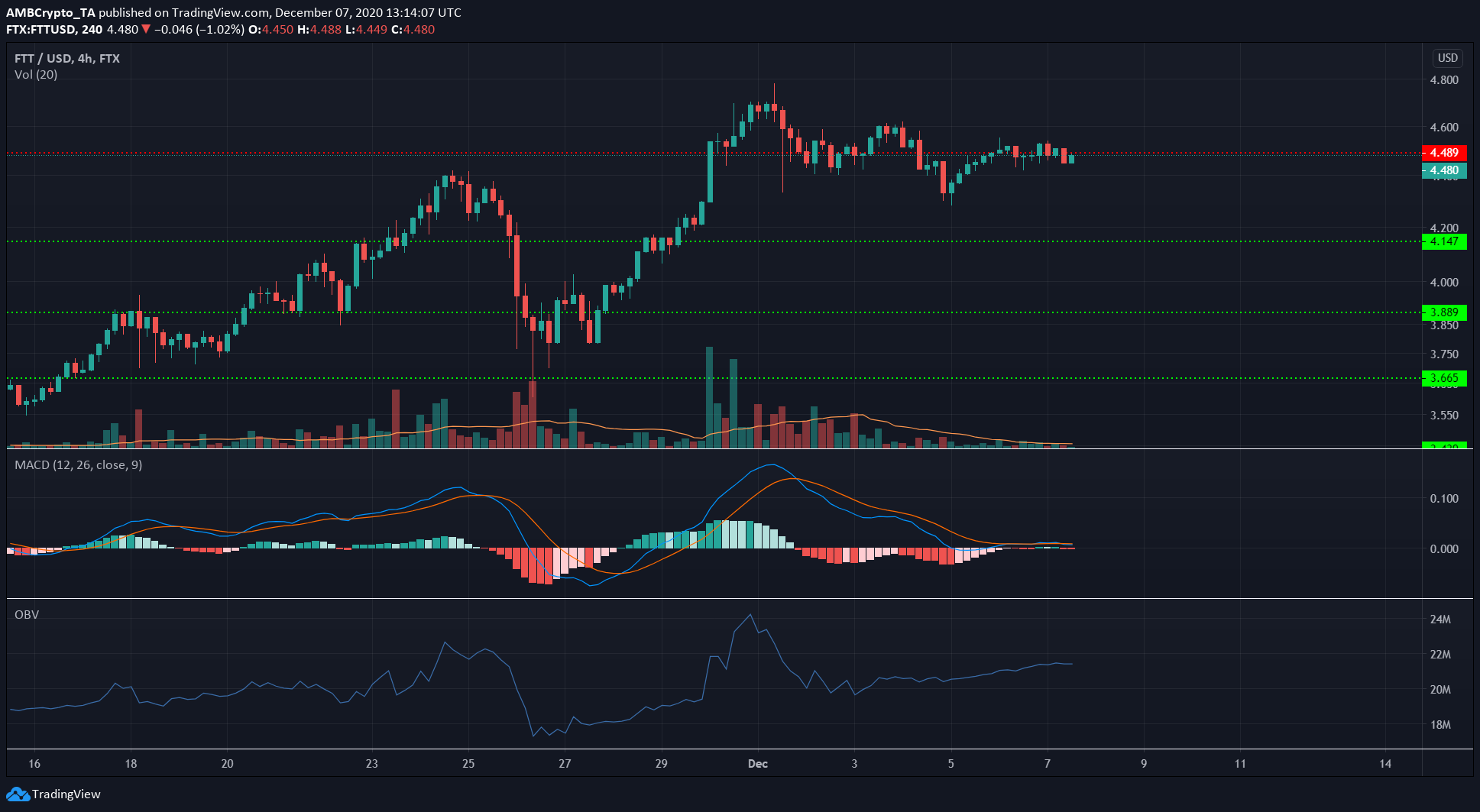 FTT possessed a strong uptrend throughout November, but that appeared to have stalled after reaching a local high at $4.67. While the long-term outlook was still quite bullish, over the past week, the short-term momentum of the exchange token had lost steam.

As highlighted by the MACD, the momentum was neutral while the OBV showed a slight increase in buying volume, even as the price declined by 5% from $4.67 in a series of lower highs.

The trading volume was also observed to be trending downwards over the past week.

Bitcoin: Why the short-term bearish trend may already be here

Bitcoin, Ethereum, and Tether get mentions on season premiere of ‘Shameless’