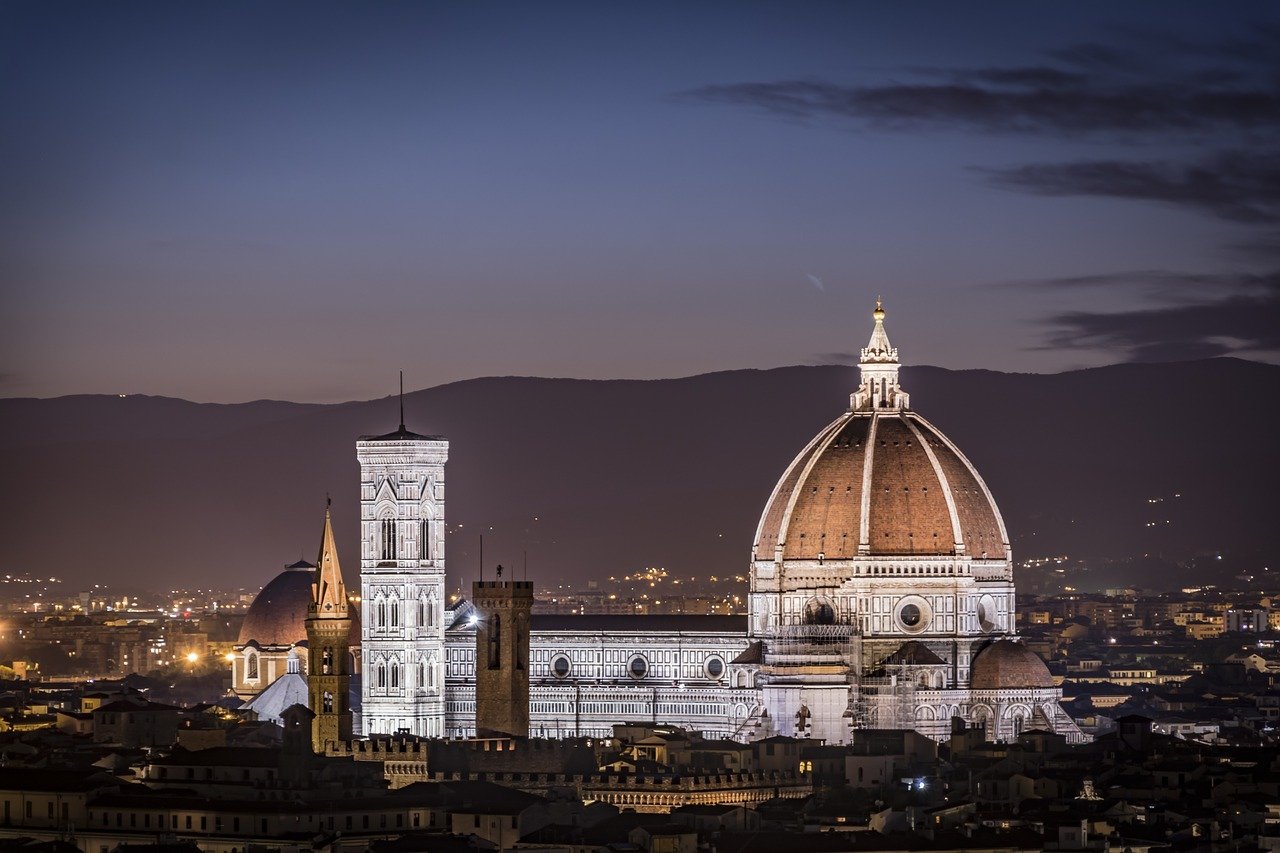 Bitcoin traded around the $15,400 region and has seen low volatility in the past few days. This could be good news for altcoins, as Ethereum also appeared to be buoyed by news regarding ETH 2.0. Monero struggled to hold onto support while Zcash could see its longer-term trend gain traction once more. 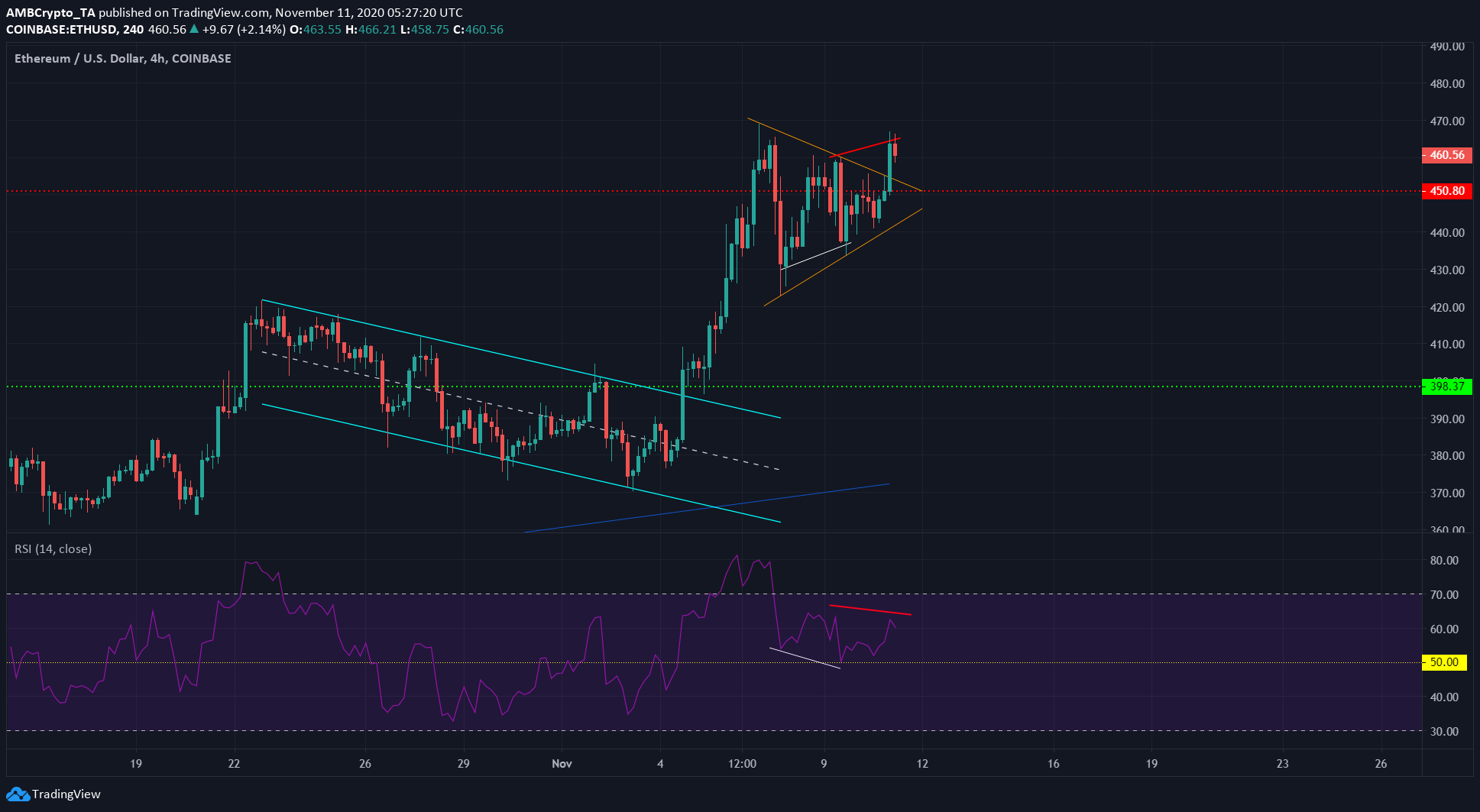 ETH formed a bull pennant, a pattern that sees a breakout to the upside more often than not. While within the pattern, it exhibited bullish divergence (white) and subsequently broke out.

The breakout can target the next level of resistance at $480, with $500 being an ambitious target.

Yet, even as the price formed a higher high, the RSI showed waning bullish momentum. This bearish divergence could see a pullback to $450 for ETH in the coming hours.

A close below $440 in the next few days, if it occurred, would signal bears were in control and ETH could drop toward $420. 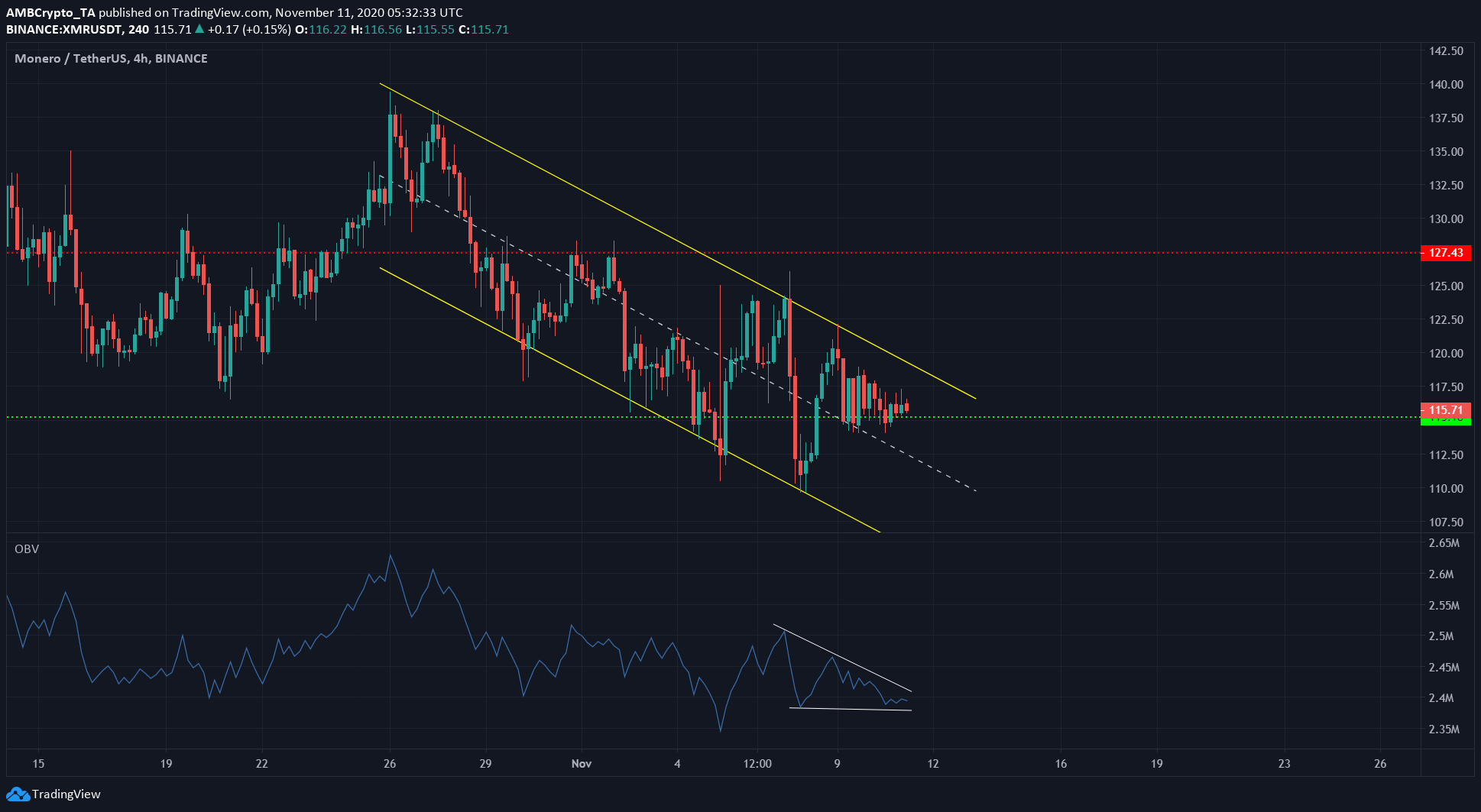 Monero was trading within a descending channel for the past two weeks. In recent days, the price has clung to support at $115. It remains to be seen whether the level can be defended.

The OBV showed steady selling pressure in the past few days and could force a break below support for XMR.

Failure to defend the $115 region can likely take the price further down to support at $100. 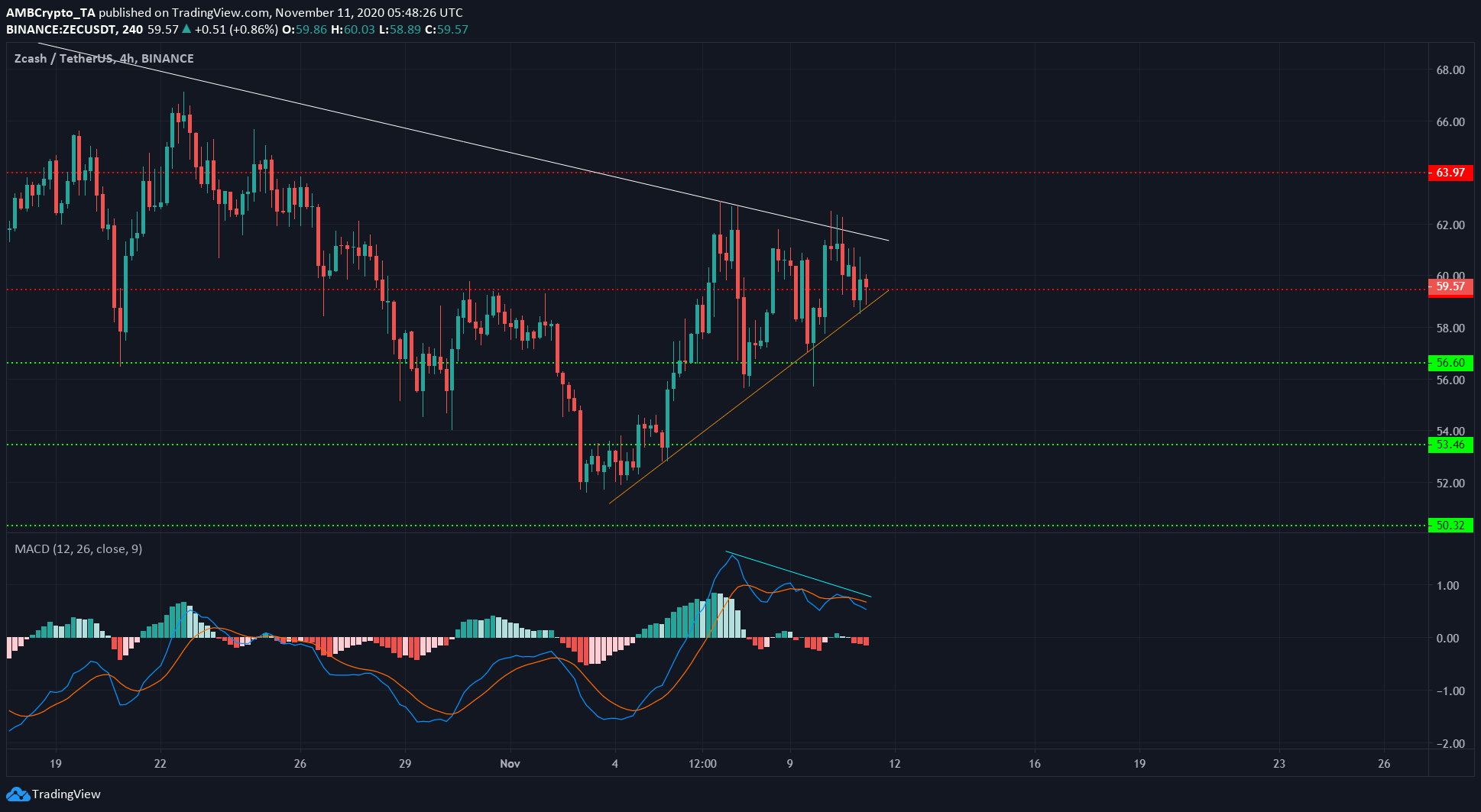 The shorter-term uptrend (orange) and longer-term downtrend (white) were at a standoff that could resolve over the next few trading sessions.

A close below $58.7 could spell a continuation of the prior downtrend, while a close above $62 could begin an uptrend or some consolidation beneath resistance at $64.

The longer-term trend is generally stronger, and the MACD also indicated receding bullish momentum (cyan) and formed a bearish crossover. Hence, it was likely that ZEC could see a drop toward $56.6 support.

Can projects like Yearn.finance bring back the DeFi mania?