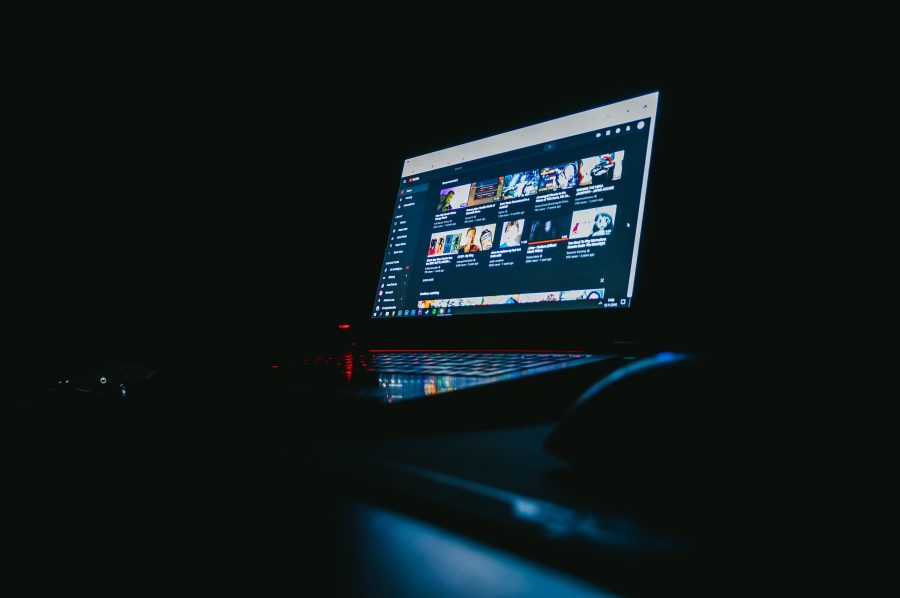 Christmas has arrived and so have cryptocurrency giveaway scams with their enticing offers on YouTube. Giveaway scams are no new tale to tell in the cryptocurrency market. It’s been plaguing the space for years, even forcing notable crypto-influencers to alter their display name to include ‘non-giver of crypto’ or those that clarify they do not “give-away” coins.

One of the well-known people in the cryptocurrency space who sported the tagline for the longest time was undoubtedly Vitalik Buterin, the creator of Ethereum. Interestingly, as soon as Buterin dropped the ‘non-giver of Eth’ tag from his name, the scams taking place under his name also took another turn.

Vitalik Buterin, labeled “Ethereum CEO,” has apparently been holding an ETH giveaway on a YouTube live session on a channel named ‘Ethereum’, with the video recording a total of 2,522, viewers at press time. The reason for the giveaway event was cited as “To celebrate the global power of #Ethereum and #ETH,” adding “we are proud to announce initiating the airdrop pool of 100 000 ETH !!”

Interestingly, the giveaway has some ludicrous conditions, which include having a minimum amount of Ethereum just to be eligible for participation. The complete terms and conditions for participating are mentioned as: 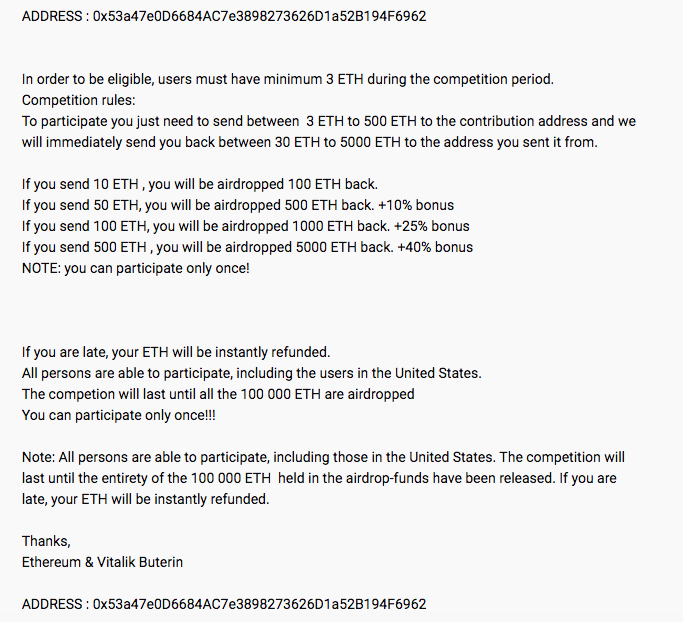 Along with the conditions, a search of the Ether address on Etherscan suggested that there were some who fell for the YouTube giveaway. A look at the YouTube comments indicates that it’s a scam, especially with the comments reaffirming that the ‘promised giveaway of ETH’ was happening.

While many such scams had included Ethereum and featured an older video of Vitalik in the past, this time around Monero’s “Riccardo Spagni” on a YouTube channel named ‘Monero XMR’ with Charlie Lee‘s starring in the display picture, also was featured in another Monero giveaway scam.

The description stated, “In this AMA we are discussing XMR price and talking about Monero price prediction. Also, we prepared an airdrop of 5000 XMR to giveaway for our followers.” The original AMA appears to have happened during the BECSA Chain Reaction 2.0 event, which was held in August this year. The T&C of the XMR airdrops were: 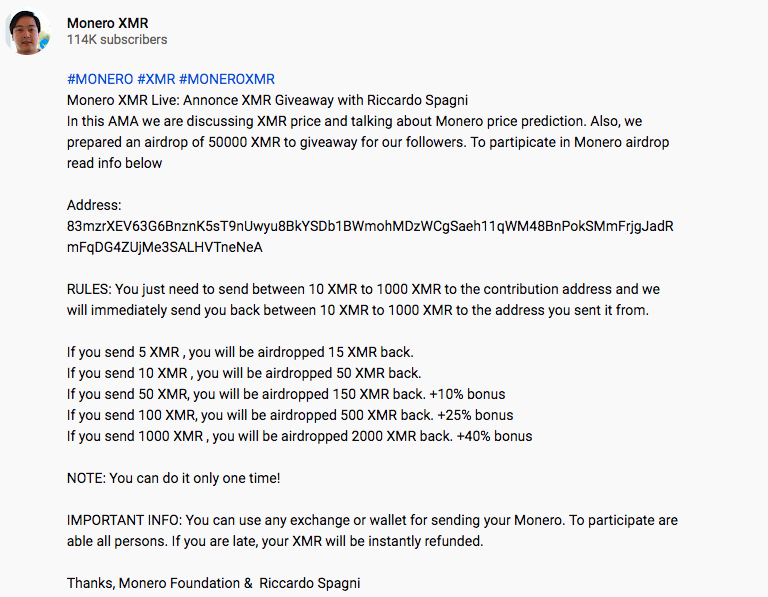 At press time, there were a total of 1,911 views and thanks to Monero’s anonymity, whether or not the scam scheme was successful remains unknown. Even Binance’s CEO, Changpeng Zhao, was also spotted giving away Bitcoin on a YouTube channel named ‘Binance English,’ alongside Bittrex on ‘Bittrex International’ YouTube channel.

Litecoin could break above pennant boundary to early-Dec values