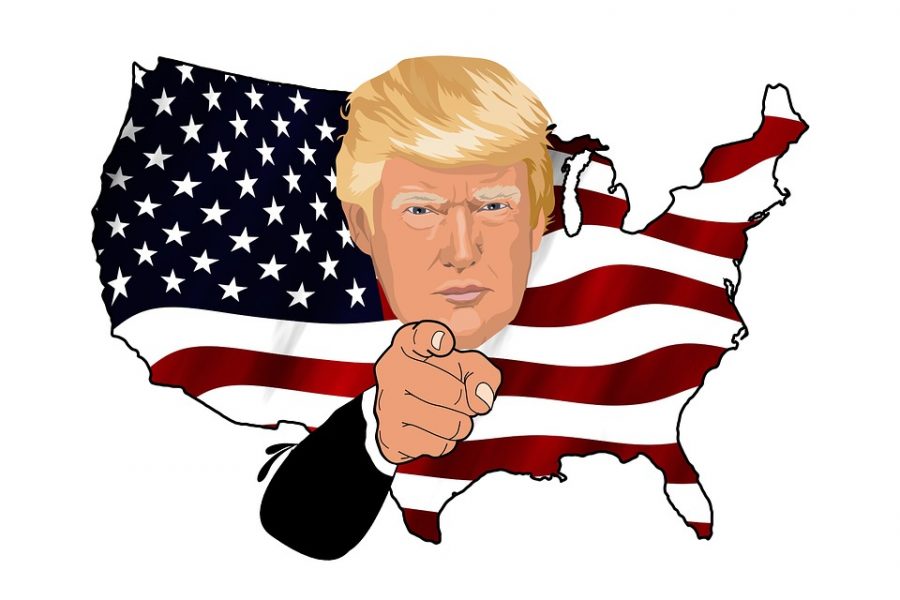 The U.S. President, Donald Trump expressed his thoughts on bitcoin and other cryptocurrencies, via Twitter to his 62 million followers, labelling them “unregulated crypto assets that facilitate unlawful behaviour, including drug trade and other illegal activity.”

However, this attack by Trump on cryptocurrencies might have favoured bitcoin as the coin’s price slightly surged post Trump’s comments. Bitcoin traders and investors credited Trump for the surge as his acknowledgement of bitcoin would popularize bitcoin and other cryptocurrencies eventually pushing the price of these currencies up.

It was a field day for the crypto community as they considered Trump’s tweets as advocacy of bitcoin and other cryptocurrencies. Crypto Twitter responded to Trump’s series of tweets with humourous, petulant and sarcastic comments. Brian Armstrong, chief executive of prominent cryptocurrency exchange, Coinbase, tweeted,

“Achievement unlocked! I dreamt about a sitting U.S. president needing to respond to growing cryptocurrency usage years ago. First, they ignore you, then they laugh at you, then they fight you, then you win.’ We just made it to step three y’all.”

Jeremy Allaire, the co-founder and CEO of a crypto company, Circle, took to Twitter to express his thoughts on Trump’s latest comments on cryptocurrencies. He tweeted,

“Possibly the largest bull signal for [bitcoin] ever. Crypto now a presidential/global policy issue. People everywhere will embrace a mix of sovereign and non-sovereign digital currency.”

Additionally, Trump unintentionally propelled bitcoin and other cryptocurrencies into a presidential issue, giving it beneficial recognition. Recently, Federal Reserve Chairman, Jerome Powell, described bitcoin as a “speculative store of value” rather than a method of payment.

Presidential candidate Andrew Yang, who has been pro-crypto for a long time announced last year that he would accept cryptocurrencies as campaign donations. He also applauded the primary technology that cryptocurrencies function on. He said,

“The blockchain has a wealth of potential. [It] could make many things more secure transparent and efficient.”

Similarly, Tulsi Gabbard, another presidential candidate had previously invested in ethereum and litecoin in 2017.Cryptocurrency is still in its infancy and acknowledgement by the high-level U.S. officials will be a boost to the latter.

Trump’s spontaneous series of tweets on cryptocurrencies is speculated to be linked to Facebook’s latest crypto venture- Libra. Social media giant, Facebook has a total of  2.38 billion monthly active users and its entry to the crypto world has compelled people to look into cryptocurrencies. Regardless of its popularity, Facebook’s cryptocurrency, Libra is entailed to government regulations just like other cryptocurrencies.