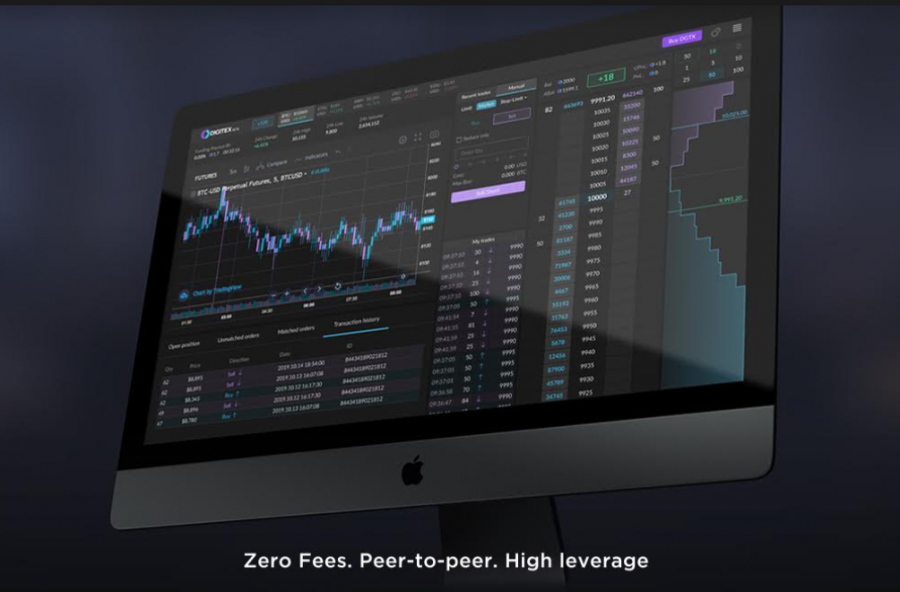 After a long-awaited arrival, the Digitex Futures public beta went live on Saturday. The company that’s delivering commission-free BTC futures trading opened its doors on Nov 30 with its slick-looking testnet. Anyone can sign up without KYC since, as it’s a beta, no real funds are being used. This makes it the perfect training ground for new traders and also an opportunity to uncover and fix any bugs before the mainnet launch.

Early Feedback Has Been Positive

After a challenging journey to release a product, the Digitex Futures team held its breath on Saturday as the beta opened up to the public. However, the feedback on its massive Telegram community has been overwhelmingly positive, from simple statements such as, “The Testnet is live and going very well. Try it out,” and “Testnet is perfect,” to “this is awesome and addictive,” and “Wow what a platform. I have been playing with it for the last 3 hours. Must say WOW!”

Early metrics are also encouraging. The notional value of one contract is 145 DGTX, equal to $6.27 at the moment and the 24-hour trading volume is 2.5B contracts. Given that every user automatically gets 100K DGTX testnet tokens to trade with, this simulates how active it’s been since the exchange beta launched.

Many of the comments and feedback have been regarding Digitex’s unique trading ladder interface–a first for crypto futures. The ladder allows for rapid-fire one-click trading. Traders can literally see the price moving up and down on either side of it–and place their orders with one single click – no extra mouse movements or keyboard strokes.

This is leading to many people calling trading on Digitex “addictive”, as traders can trade over and over and over again–without incurring a single commission. Digitex Futures has built a scalpers’ paradise. Traders can realize small profits off of single tick movements without getting stung by commission fees like on every other fee-charging exchange out there.

ReadySetCrypto’s Doc Severson was especially enthusiastic about the trading ladder UI. He said, “This is what the Digitex interface looks like and this is what every other major professional trading interface looks like. This is the way it should be done and crypto has got a ways to go, and really Digitex is the first pioneer for this as well as being a commission-free futures exchange.” He also created a video designed to show other traders how to use the ladder.

Several testers reported their screens freezing and one or two other abnormalities, but nothing major so far. That the platform has held strong with so many testers and hasn’t broken down at any moment is also a very promising sign. Of course, Digitex is urging its testers to remember that this is a beta version. As such, bugs and glitches are to be expected.

That’s the whole point behind launching a beta version first, after all. Digitex wants its testers to find and report bugs so that it can ensure the most robust product upon the mainnet launch. CEO and founder Adam Todd said,

“This is the very bare-bones first version, and it’s still a testnet. We’ll be adding in many new features before we get to mainnet launch that traders are going to love.”

Everyone who signs up for an account with the Digitex beta automatically receives 100K DGTX to trade with. However, since no real funds are at stake, the novelty of the trading ladder and playing around with testnet tokens may begin to wear off. To keep testers incentivized and motivated, later this month, Digitex will be launching trading competitions with big prizes of real DGTX.

Despite the encouraging comments and feedback, there was a slight downward turn in the exchange’s native token DGTX price; at one point dropping below 4 cents. However, it’s not unusual to see a drop in price after a company makes a major announcement or hits a large milestone.

It’s often a chance for people to “sell the news” and buy back again later. In fact, at the time of writing, the token price is beginning to steadily make gains once again. The Digitex team is quite confident that the price will go up from here. In fact, the Digitex Treasury opened up again and released another 10 million DGTX tokens priced at 10 cents–more than double the current market value. Mr. Todd stated,

“We don’t want to sell tokens for less than 10 cents, they’re simply worth more than that and the market will soon catch up.”

As one tester pointed out on Telegram,

“It’s now that Digitex will see real growth. Those buying now have use for the token and equally believe in the potential of it. No one will come in now if they don’t believe in the project and the fact that it has use.”

Token price notwithstanding, so far, the Digitex team is extremely pleased with the beta launch. As the company folds in more innovations, feedback, trading tools, and suggestions, the prospects look very good ahead of mainnet launch next year.

If you want to sign up for an account with the Digitex beta, simply click on this link. You’ll be given 100K testnet DGTX to play with and can also join in the active conversation on the Digitex Telegram group here.