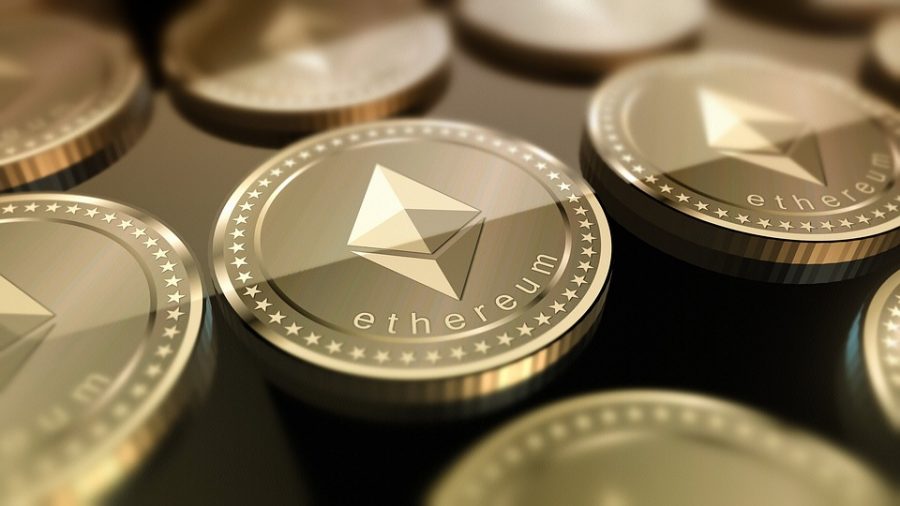 Tether Inc. moved 300 million USDT from Omni protocol to Ethereum blockchain, while also printing more USDT. The switch was favored by many users and exchanges like Binance, the latter of which was the first to move to the ETH-based USDT and offer withdrawals. However, this move has resulted in the network getting clogged.

The USDT smart contract utilizes 31.55% of all Ethereum gas, which means that the developer will have to pick and choose to use the Ethereum network. The network holds 1.55 billion USDT coins and the daily usage of the coin takes up more than 33% of all crypto trade. However, there are some statistics that cannot be ignored.

Ethereum blockchain’s native coin has lost its place to USDT_ERC20 in on-chain volume, revealed Token Analyst. USDT asserted this dominance over other stablecoins such as Dai and USDC on Ethereum blockchain as well. 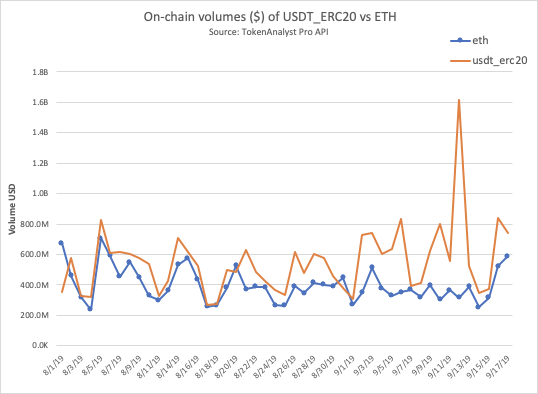 Its volume was noted to be “orders of magnitude greater” than all the aforementioned stablecoins. 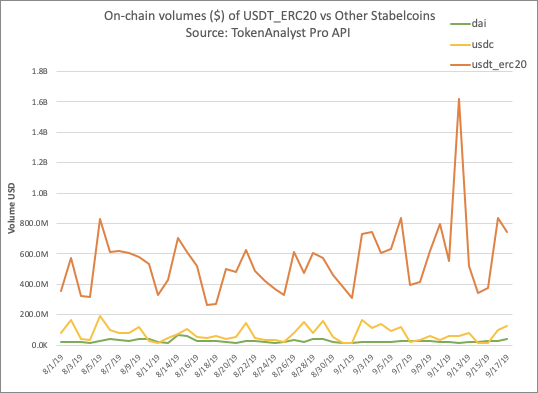 It was also noted that on an average, USDT ERC20 volume was 50% greater than its volume on the OMNI layer. However, the USDT on Ethereum blockchain and OMNI protocol followed a very strange, yet similar pattern. 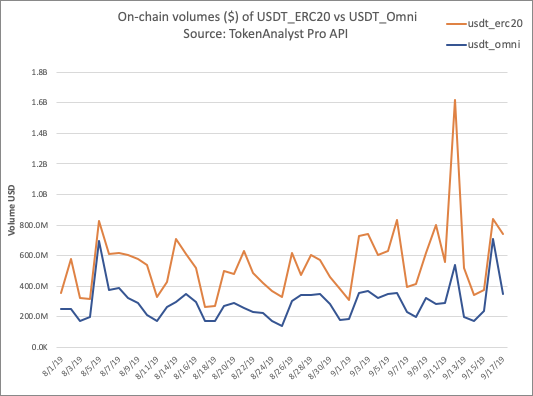 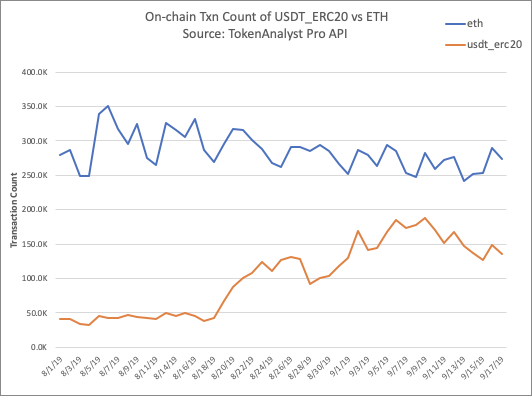 USDT may fall behind in terms of transactions with Ethereum, but when compared to other stablecoins on the blockchain, it leads the pack. Tether’s transactions spiked mid-august, while Dai and USDC laid merely like a doodled line.

Facebook’s Libra is what the USA needs to defend the ‘Free World’ from China, claims David Marcus