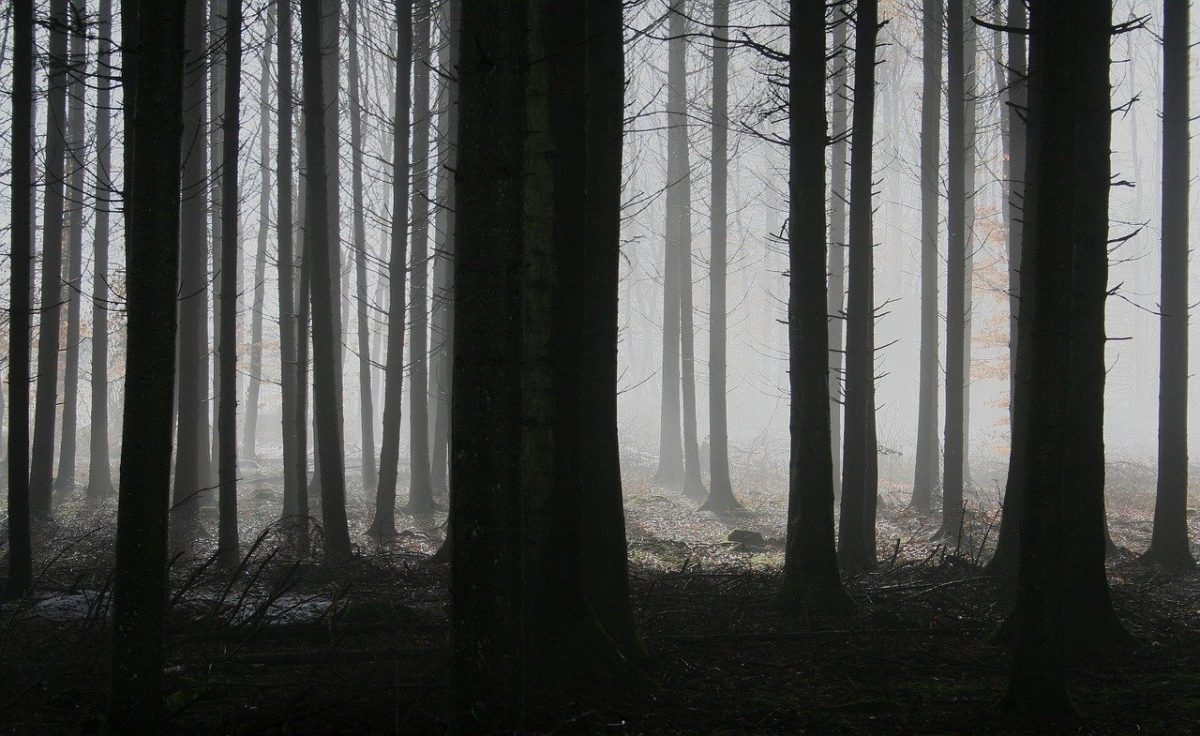 After going through a prolonged consolidation period, the market woke up to regulatory hurdles and the news of the President of America, Donald Trump testing positive for COVID-19. The Bitcoin market was hit hard as it was on its way to test $11k level but the sell-off pushed its value down to $10.5k at the beginning of October.

Over the past week, Bitcoin [BTC] remained at a minimal gain of 0.2%, whereas, Ethereum [ETH] was witnessing a 0.4% loss. Interestingly, XRP was outperforming BTC and ETH as it reported a 5.6% spike in its price. 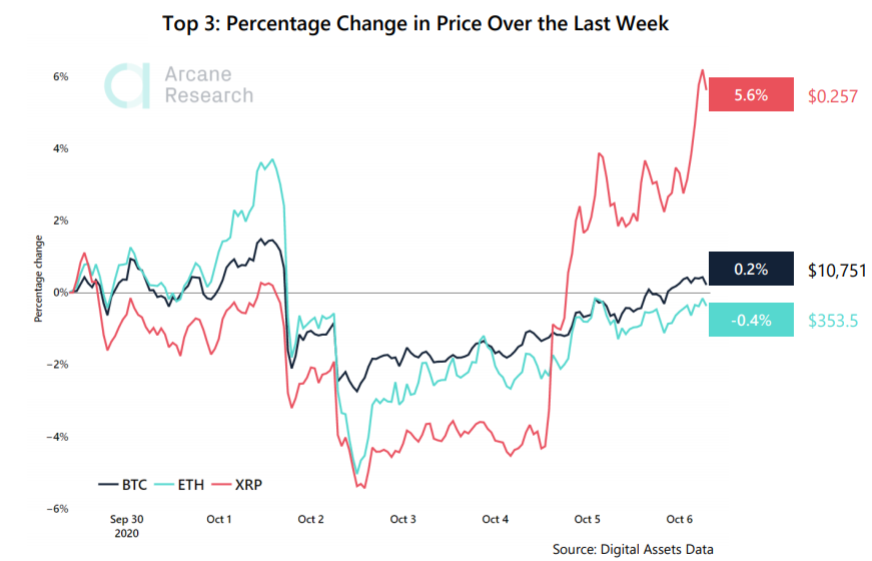 Although the digital assets were sinking in value, the worst performers were the decentralized finance [DeFi] tokens. All this while, the DeFi tokens were being driven higher given the hype around it, however, the hype seems to be on hold for now. Among the top DeFi tokens, the worst performers were YFI and UNI tokens seeing a decrease of more than 25%.

According to Messari, the forked DeFi tokens have been among the hardest hit, which included YFI, along with Sushi and Swerve. Sushi was noting a loss of 52% in the past seven days, Swerve was down by 49%. 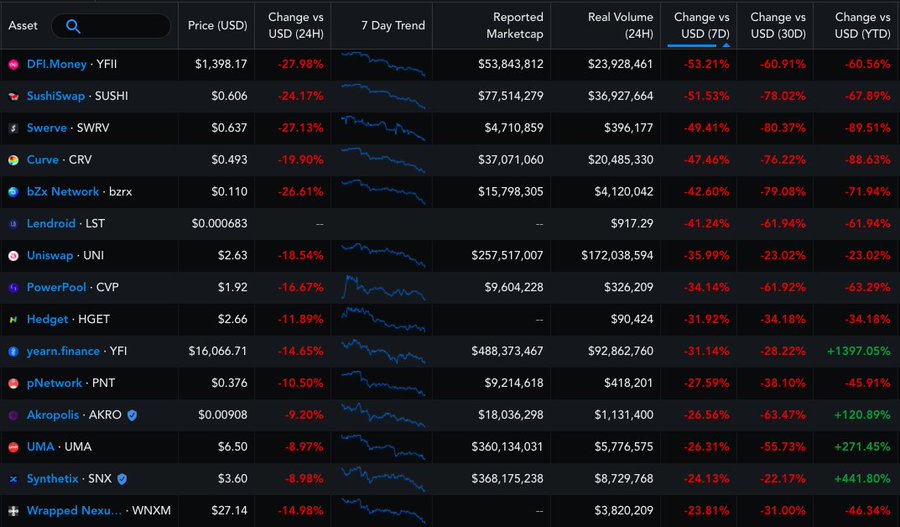 Among the top 10 DeFi assets, only the Kyber network [KNC] was noting a positive, 0.54% rise in the past 24 hours, while all other assets remained negative. Although in the short-term traders may find relief recovering their losses resulting from DeFi tokens, but in the long term the DeFi projects may be able to return the gains.