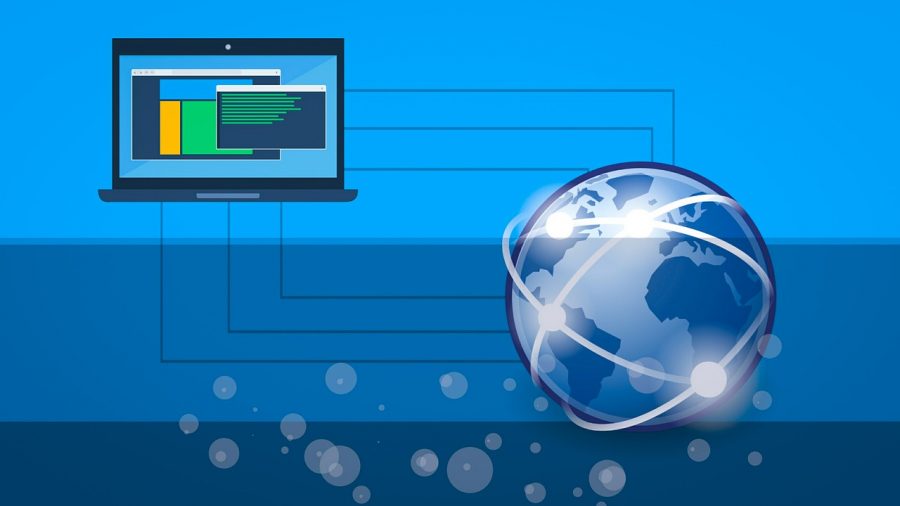 Darknet in the 1970s was simply referred to as networks that are isolated from the mainstream that was ARPANET [The Advanced Research Projects Agency Network], known so for various security reasons. However, with time, it has become a more ominous word. Despite that, many people in the cryptocurrency space, many of whom believed in privacy, took the darknet route to use the crypto-market, with several well-known projects later introduced on the darknet.

The dark history of the DNM

Dream and Wall Street were once well-known darknets leading DNM (Dark Net Market). However, as Dream decided to close shop, even Wall Street decided to move out. Alas, not before allegedly pulling off an exit scam, with many accusing it to have absconded with millions.

Soon after such reports broke out, Deeptoweb added over six new dark markets to its DMN list, a list which included names like Cryptonia, Empire, Nightmare, and Yellow Brick Road.  While many projects gained prominence in the crypto-market, the fear of yet another shattering Dream has kept everyone alert. This was until Cryptonia suddenly became inactive.

One of the DMNs running on Deeptoweb, Cryptonia is now reportedly inactive. While the forum remains accessible, users and vendors have been unable to log in for two to three days. A worried user posted on the Cryptonia forum on 20 November, stating, 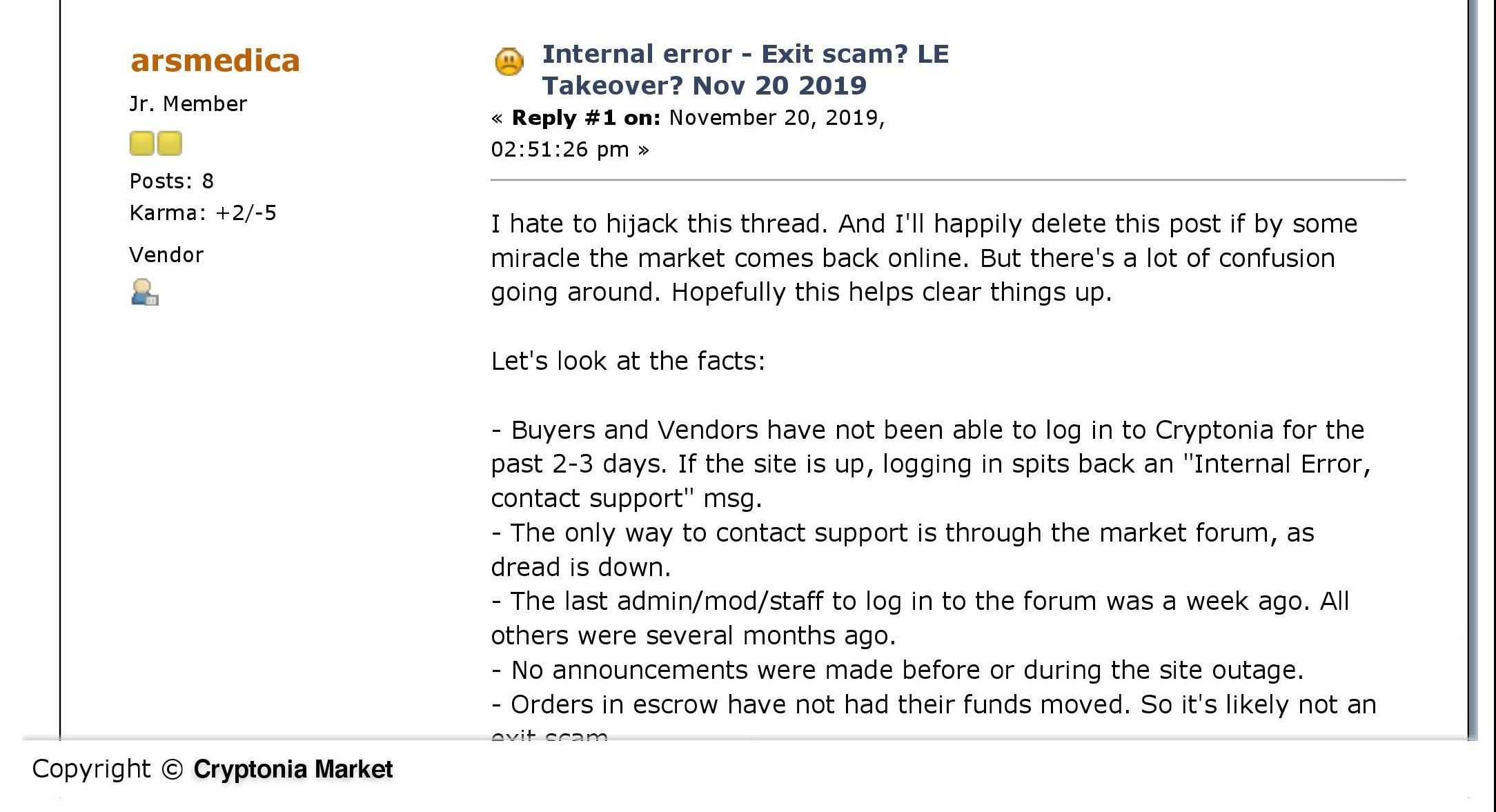 According to the user, while this may not be an exit scam, “it’s not looking good, and I don’t see it coming back.” Another user who echoed the sentiment informed the community that alternative links provided by the page have not been working either. The user, Vanya, said,

“I’m sorry to be the bearer of bad news, but none of the links on this forum, the one you provided nor any of them on dark.fail are working. Tor was rest. Tor was restarted. No links to Cryptonia working. Not even the earlier faulty login page.”

Several other users have also raised concerns over the inactive status of Cryptonia, with many speculating that their nightmare might be coming true. 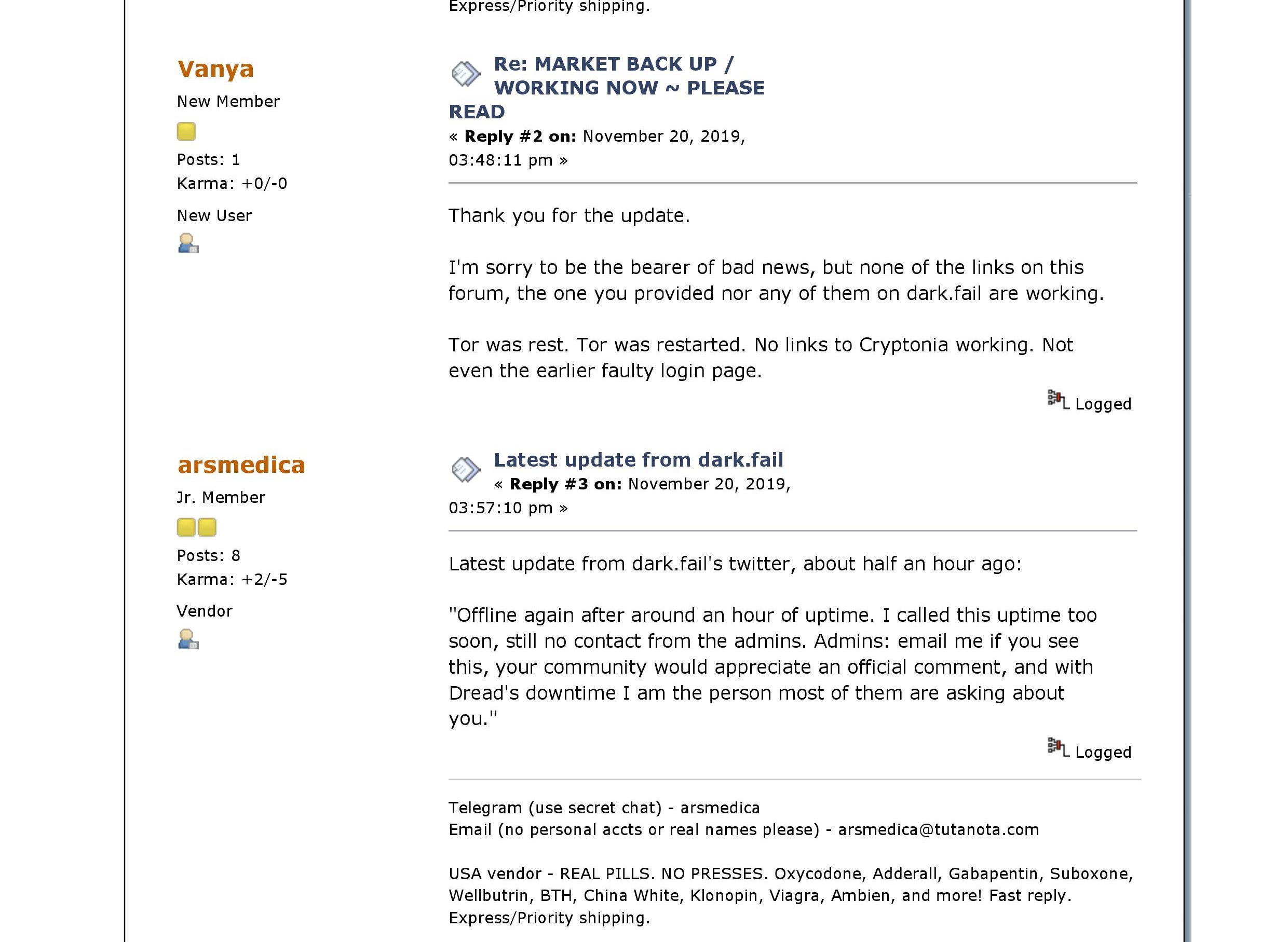 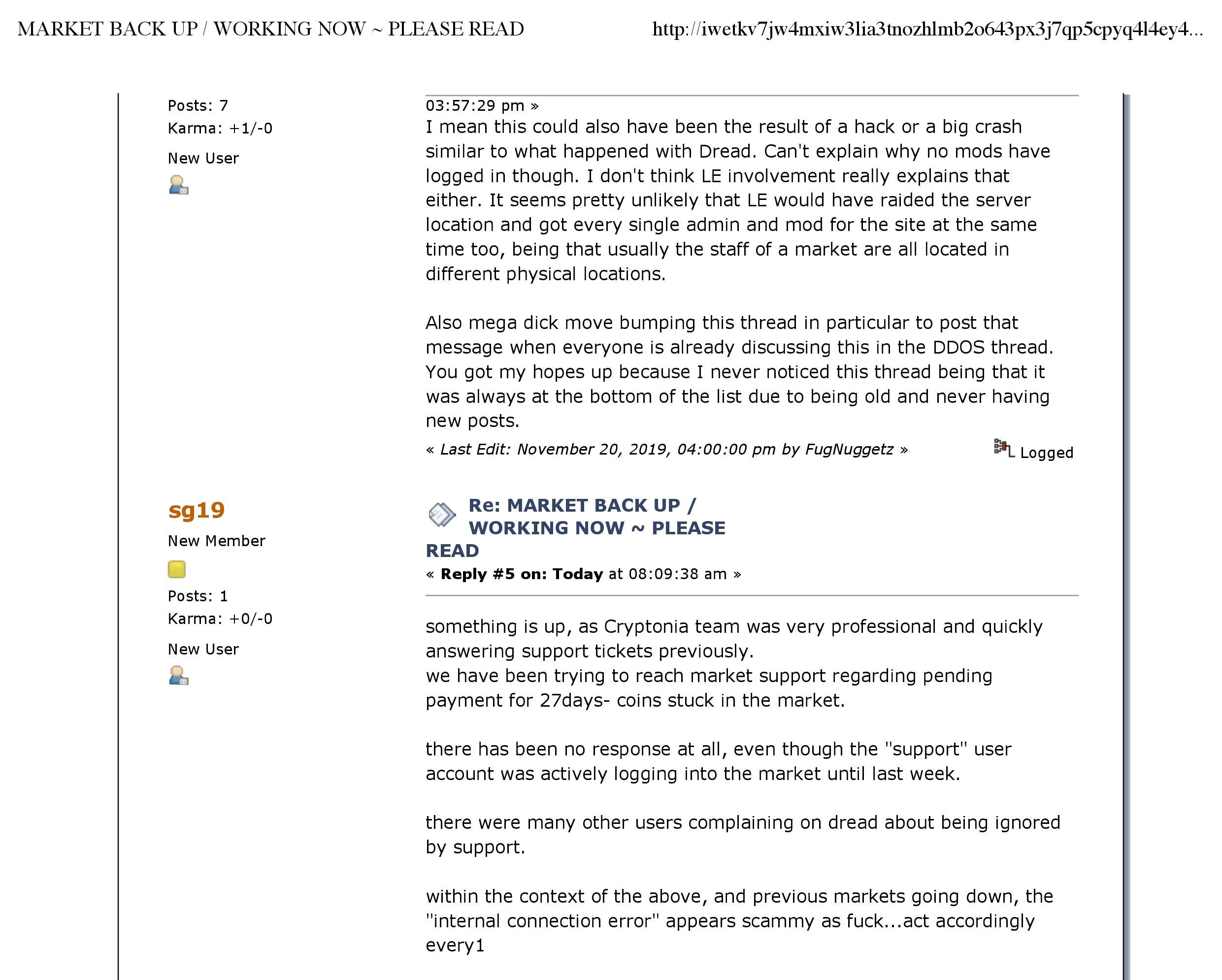 Dark.fail on Twitter highlighted this issue faced by the users and posted a warning on its site over Cryptonia’s inactivity. It read,

“WARNING: Cryptonia Market, the darknet’s second largest, has been offline for over 24 hours with no explanation by its admins. Cryptonia admins: Contact me, your community wants to know what is going on.”

With the community continuing to be hassled, dark.fail concluded its post by talking about it how previous projects had disappeared.

“This does not yet feel like an exit, it eerily reminds me of how previous arrests played out. Be safe.”

Ethereum takes a step closer to transitioning into Eth2