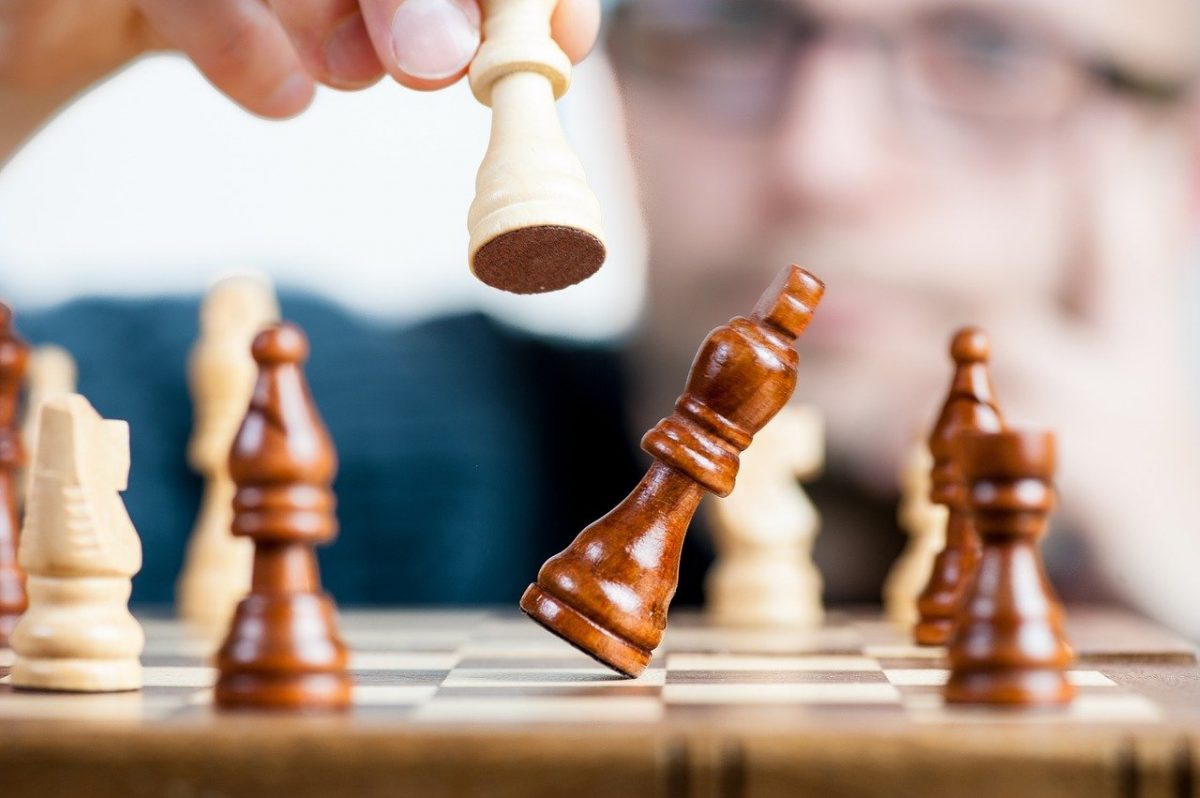 Cryptocurrency exchanges hold a very crucial position in the industry. Indifferent to the price of cryptocurrencies in the market, these exchanges generate revenue from the trading fees paid by its users. It’s therefore understandable that there is competition in trading fees offered by exchanges, with lower fees for customers a common trick of the trade.

Coinbase and Bitstamp have been two of the market’s most notable crypto-exchanges, but unlike others, they have not been in the race to reduce trading fees. Instead, these are exchanges with the highest fee levels for new customers. In fact, according to Arcane research, taker fees for traders trading less than $10,000 a month were five times higher on Coinbase Pro and Bitstamp than on Binance. 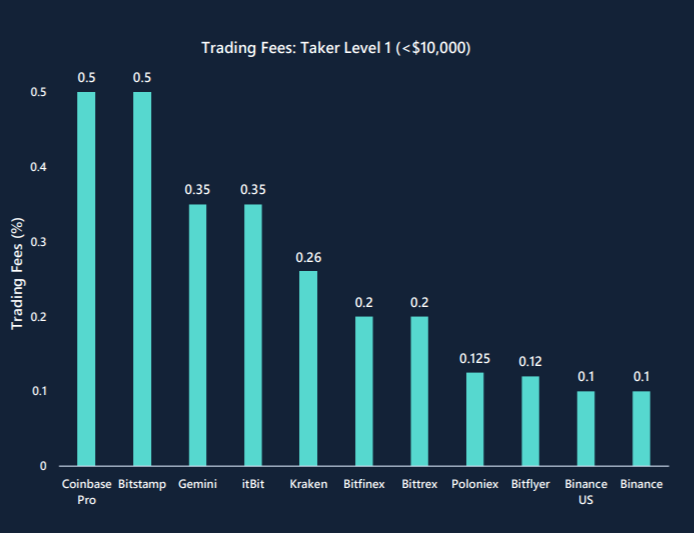 There are quite a few reasons behind why these fees are so different across crypto-exchanges, including factors such as regulatory standing, track record, perceived security, and direct support for fiat deposits.

Interestingly, other competing exchanges like Gemini did cut its fees with 65 pp over the past year, the report added. In fact, it reduced its taker and maker fees from 1% to 0.35% and 0.25%, respectively. On the contrary, Coinbase Pro and Bitstamp doubled their taker and maker fees, setting them up from 00.15% to 0.5%. These rates have made these exchanges very expensive for small traders in the market.

Here, it can be speculated that while these exchanges may survive this in the short-run, in the long run, there would be some “reputational risk” involved. 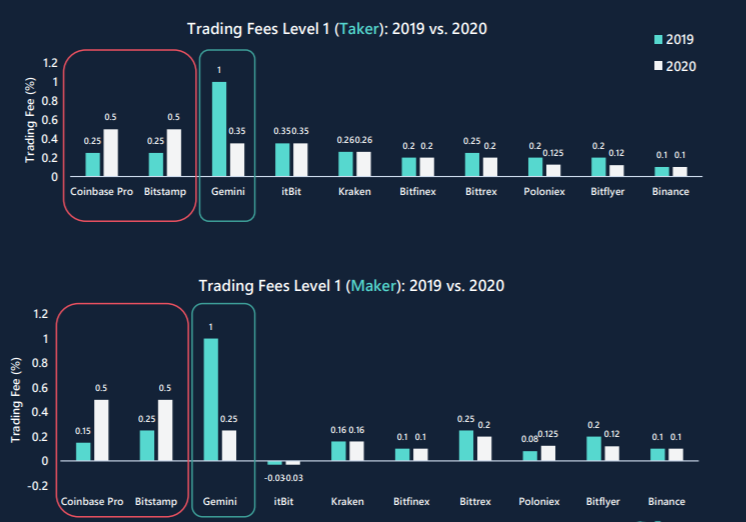 While there are levels of competition in terms of trading fees in the market, Binance U.S has taken the trick to a new level by offering what it claims to be the most competitive pricing. In fact, the new entrant has become by far the cheapest fiat platform in terms of maker-taker fees. Its initial taker fees are set at 0.1%.

The report, however, was quick to point out that the bid/ask spread was significantly higher on Binance U.S than its other U.S competitors. The spread will tighten soon if Binance U.S manages to attract new investors.

Coinbase and Bitstamp may be offering the highest initial taker fees of all exchanges. However, with a long and proven track record and a loyal customer base, it’s unlikely that fees will endanger its position in the market anytime soon.