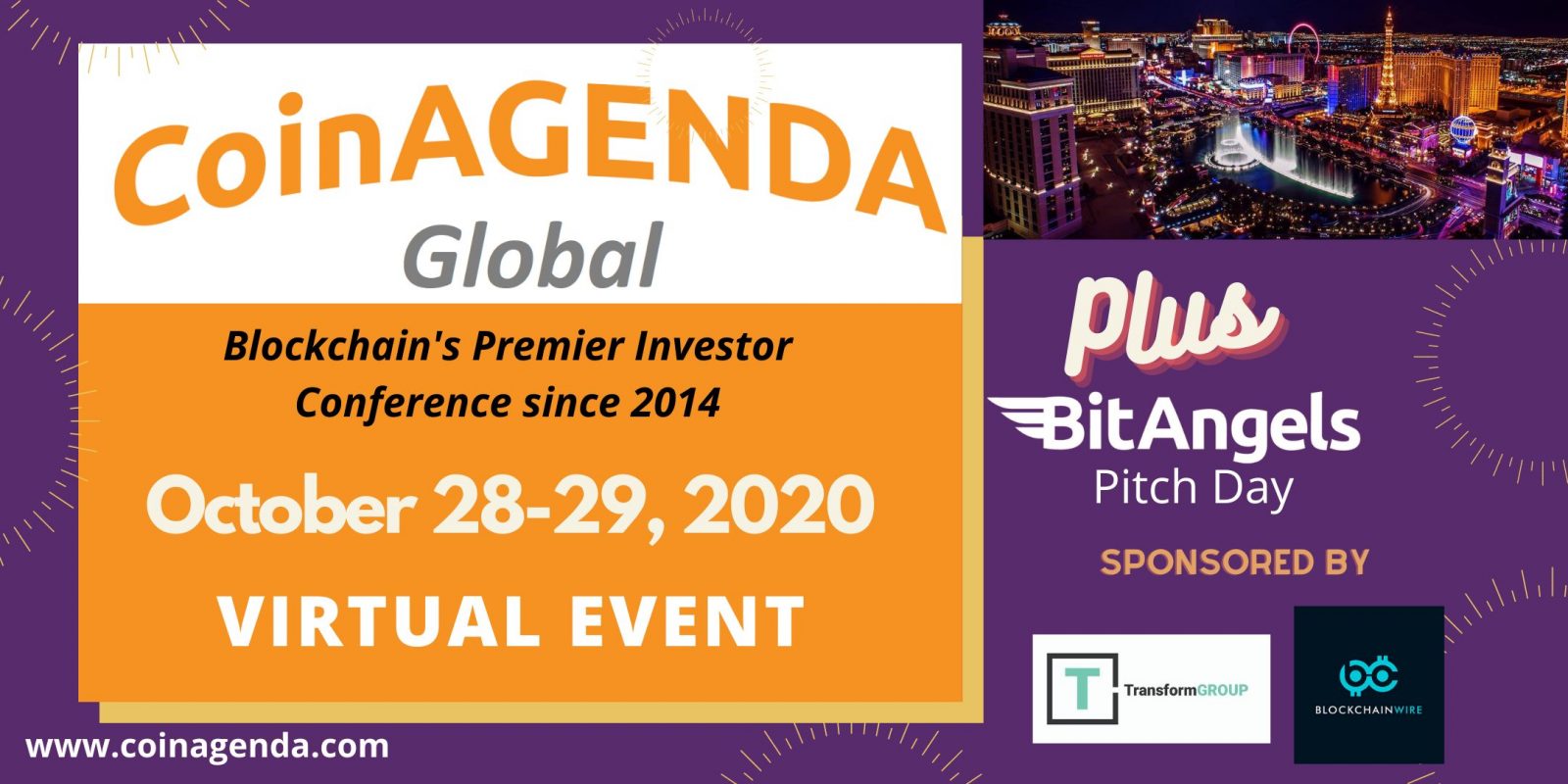 Magnetic and co-founder of WAX.io; and Fred Chesnais, CEO at Atari.

Panels will focus on legal, regulatory, and jurisdictional issues involved with starting and investing in blockchain companies as well as the rise of DeFi and investing in non-fungible tokens (NFTs). The event will include open and private virtual networking sessions.

Other confirmed speakers include:

CoinAgenda tickets are currently on sale. To register or for sponsor inquiries, visit

CoinAgenda is the premier global conference series for connecting blockchain and cryptocurrency investors with startups since 2014. CoinAgenda has held conferences in North America, Europe, and Asia, with its global conference happening each October in Las Vegas. CoinAgenda’s startup competition winners include Aeternity, Bancor, Cashbet, Omega One, SALT Lending, and Qtum. These companies have collectively raised more than $500 million with a combined market cap of $10 billion.