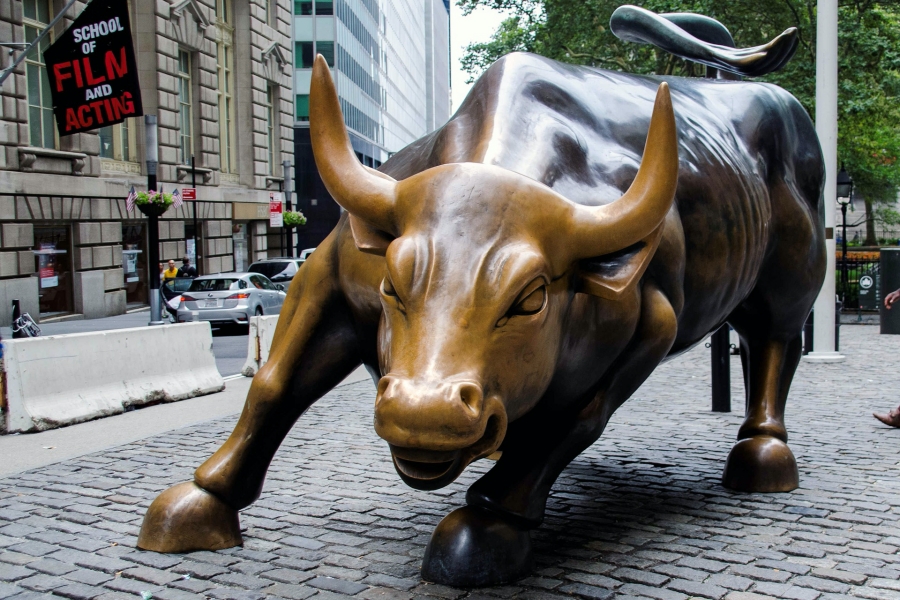 If Bitcoin price movements in 2019 were compiled into a mystery novel, it would have the most twisted, unpredictable story ever written by mankind. Last year, the community sang choruses about how “institutions are coming,” and how they would push blockchain and cryptocurrencies to mainstream societal adoption. That didn’t happen — at least, not how it was expected to.

Granted, the cryptocurrency space did see a spike in interest from institutions in 2019. Q2 alone saw over $85 million in investments from institutions, and Q3 saw the launch of the highly anticipated ICE-backed Bakkt exchange. Additionally, Grayscale Investments reportedly doubled their crypto-invested capital between the first and second quarters of last year.

However, institutional adoption didn’t see the meteoric rise expected by the community, and this is likely due to a multitude of reasons. A recently conducted Bitwise survey showed only 6% of advisors in the United States invested client funds in cryptocurrencies, and the other 94% did not respond positively about potentially investing in 2020.

Institutions usually have strong governance models in place that require board approvals and extensive research to be done before receiving the stamp of approval to invest in such a high-risk asset class. That said, institutions have not shied away from crypto derivatives markets, which can be great for Bitcoin price discovery.

Even so, most institutions can only invest in regulated vehicles and, at the time of writing, only one has been approved by the Securities and Exchange Commission (SEC) — Stone Ridge Trust VI. To add fuel to the flames, the Stone Ridge Trust VI contract is tradable only on the regulated Chicago Mercantile Exchange (CME), which has lower liquidity than other retail exchanges like Deribit, Kraken, and BitMEX.

“From what I’ve seen, volumes on the CME futures contracts tend to follow bitcoin’s volatility,” Quantum Economics founder and former eToro senior analyst, Mati Greenspan told AMBCrypto. “When things are getting exciting, Wall Street traders like to join the party.”

Premiums on CME’s Bitcoin futures contracts expiring in January moved consistently with BTC price this month, rising and falling with the value of the underlying asset. March contracts, however, were slightly less conformingl. Despite the fact that BTC price fell between the second and third weeks of January, premiums on March contracts continued to rise. This same pattern could be seen for June contracts over the same time-frame.

It’s also notable that while Bitcoin price rose during the last week, premiums fell for March contracts, further widening the disparity in their movements.

With CME premiums consistently higher than other derivatives exchange platforms, institutional investors are becoming more bullish on the asset. During the third week of January, Bitcoin averaged in at around $8500, and CME reported an open interest of ~$235 million. The last time Bitcoin was at this price, open interest had been $100 million lower. 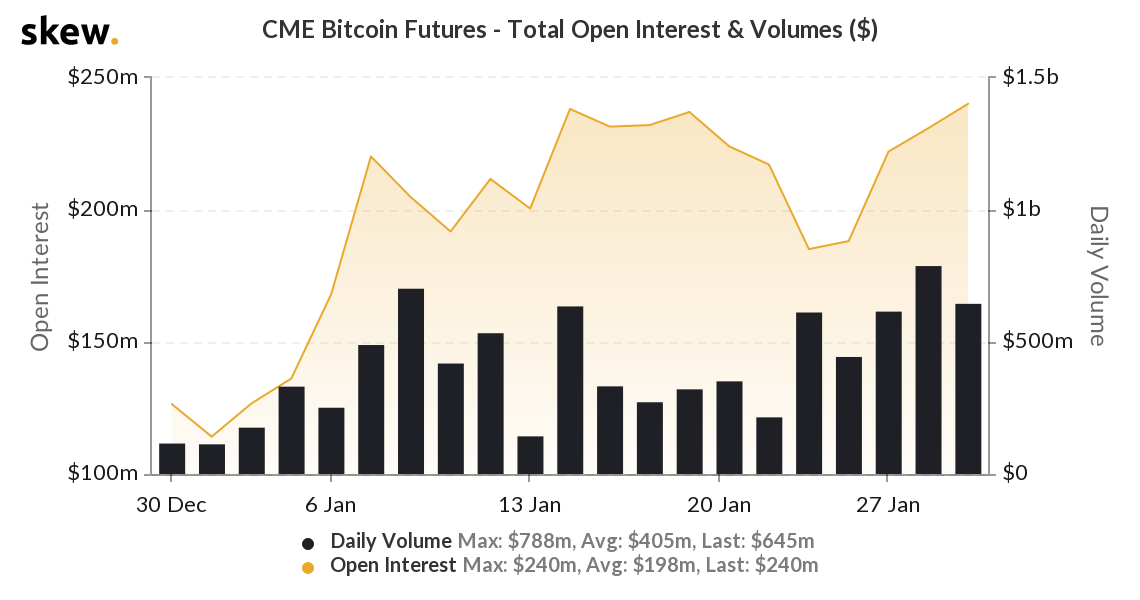 Volumes on CME were also much higher this month than they were in October, crossing above $500 million several times since 2020 began. Further, this level of trade volume and open interest far surpassed the levels seen during the last Bitcoin pump, and could suggest an increase in bullish sentiment from institutional investors.

While the drop in premiums during the last week of January could signify some short-term BTC devaluation, June contracts’ premiums continued to rise over the month. With the halving predicted to occur in May, this could signify an increase in institutional investments into the cryptocurrency asset class.

What happens when all 21 million Bitcoins are mined?